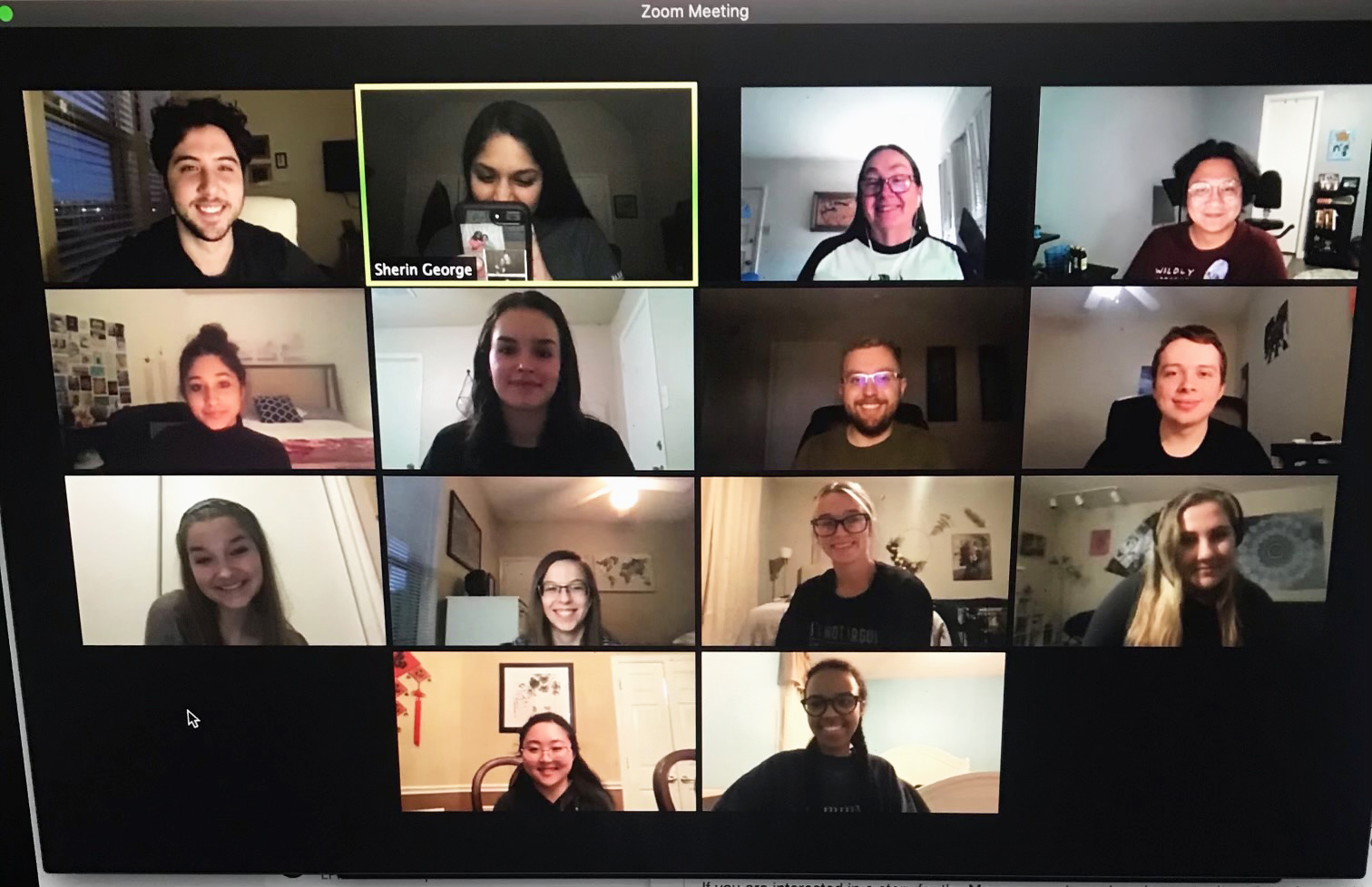 For the first time in the club’s history, five of UTD’s Moot Court teams advanced to the American Moot Court National Competition this month.

The three-day competition consisted of students from universities across the nation receiving a hypothetical case and using current U.S. case law to argue for one side or another. While the teams didn’t advance within the national tournament, Barbara Kirby, Moot Court coach and director of the Pre-Law Advising Center, said the last time UTD Moot Court went to nationals was in each of the last two years, in which only one team advanced. In addition to the nine total people from UTD that went to nationals this year, out of the 200 competitors, economics sophomore Joy Peng was ranked twelfth orator.

Kirby said that at first, she felt depressed about training virtually since it lacked the connection of in-person interactions. The initial transition to practicing on Zoom and the increased number of newcomers to Moot Court made it difficult overall, Kirby said, until they arranged for an intra-squad scrimmage and invited former Moot Court members to judge practices.

“You know, we get these negatives from the pandemic. But there are also some positives, and one of the positives was that my former team members who are away at law school or doing their gap years could come back and judge online. And I didn’t have to make them get up at 9:00 in the morning and come in on a Saturday to do it.” Kirby said. “We did three rounds just like you would in a tournament. Ashley [Coen] put everyone into breakout rooms just like it would be at the tournament. It was like we knew what we were doing. We had the positive feedback and so we went into the first real tournament just in a really good place.”

Political science senior Sherin George participated in Moot Court before the pandemic and said that the virtual environment allowed her to meet more competitors who were arguing on similar issues as her.

The case for this year involved a First Amendment rights issue, specifically the right to be free from compelled speech, where the petitioner was penalized by the (hypothetical) city “for his refusal to provide a service for hire for a wedding between two people of the same sex.” Teams are made up of two people, both of which address different Constitutional issues. George said this year the competition rules were different in that competitors could not communicate with their partner at all, whereas during the in-person tournaments partners could sit next to one another and discuss notes and rebuttal points.

“So, two partners would compete on the same team technically, but there was no sort of communication or interaction allowed at all during the round,” George said. “That made it harder for you to feel as if you were on a team with someone. What it did mean, though, is that there was a lot more preparation and time spent with each other outside of tournaments because you had to know your partner’s issue.”

For political science junior Anastasia Whittemore, the virtual competition meant less opportunity to network and make friends because competitors would often turn their cameras off after arguing their points.

“Everyone just had their cameras off, and I feel like in-person maybe we could have gotten to network and get to know each other a little more,” Whittemore said. “But here with this online environment we just wait for the judges to get there and afterwards we just sort of turn our cameras off again.”

Kirby said that despite the loss this time, this is not the end game: another possible tournament this spring at SMU and an intra-squad tournament is rapidly approaching. In addition, with several club members returning, Kirby said the team next year is going to be strong.

“Sometimes you have to take disadvantage and turn it into advantage, and so we are trying to forget about all the downside of not being in person and leverage everything we can about being virtual,” Kirby said. “And we did it with moot court; we’re doing it with pre-law.”

Campus dining updates: what you need to know for spring 2021