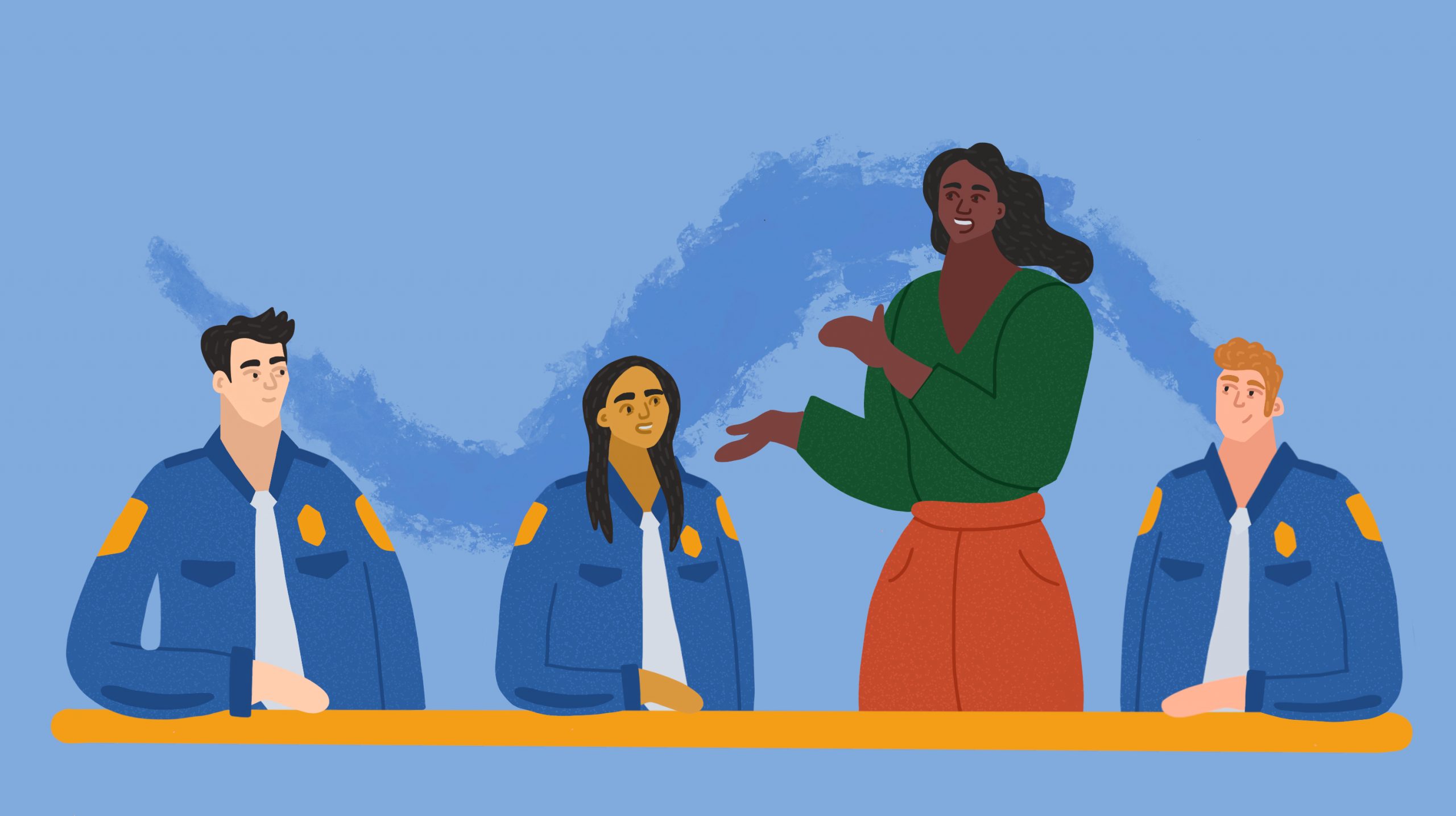 In light of the Black Lives Matter movement, the UTD Police Department and Richardson Police have implemented new training and procedural measures to address advocates’ concerns.

Following the death of George Floyd in late May, a Richardson Police Department press release stated the department’s opposition towards the actions of the officers involved. Mentioning the ‘continued development’ of their relationship with the community, the release did not elaborate on any specific departmental responses to recent events.

However, during a June 22nd presentation to the Richardson City Council, RPD chief Jim Spivey said that existing policies against unnecessary force, as well as ongoing investment in crime prevention, were being emphasized as more effective alternatives to mitigation.

“Policy development is a very dynamic process. It is a process that is constant. It’s not sitting down, writing a policy, putting it in a book and walking away,” Spivey said. “Things are always changing and if you don’t change with it, you’re going to be behind the curve.”

Many of the RPD’s existing directives addressing officer usage of body cameras and force have also been made public. Available on the RPD website, Spivey said their new webpage was created to address the public desire for accountability and transparency from the police.

While not a direct response, Spivey said that officer training was increasingly benefiting from the use of simulations developed by a team at UTD. This technology, he said, will allow officers to access de-escalation training and learn how to resolve stressful situations non-violently.

RPD volunteer coordinator Meredith Watkins highlighted the importance of training, saying that the primary goal of their officers in any confrontation was de-escalation. In addition, she said that the RPD requires 40 hours of TCOLE training hours per year: double what the state of Texas mandates.

“We have ongoing training opportunities throughout the year. The officers receive training on negotiation tactics, on dealing with the mentally ill, on using less-than-lethal defense tactics to do everything short of having to engage and put the person at risk and put the officer at risk,” Watkins said. “We try to equip the officers with so many skills because the most important thing that they’ll be using out there is their brain to try to resolve conflict and talk it down.”

TCOLE, the Texas Commission on Law Enforcement, is a state-sponsored agency that trains and certifies law enforcement professionals. Spivey said that among the courses RPD officers are required to take are those focused on racial profiling, multiculturalism and de-escalation strategies.

The UT Dallas Police Department (UTD PD) has not issued a public statement on the death of George Floyd. However, during a July 1st presentation to the UTD HR Forum, police chief Larry Zacharias said that since June, the department has mandated officer training on issues including anti-bias, civil rights, communication skills and psychological disorders.

“Managing people is hard. It takes skill to do that, and I want (UTD PD officers) to build up their skill. That’s why we said, ‘Let’s do the refresher training, let’s do the de-escalation training,’” Zacharias said. “For our officers, it raises their attention to what’s going on in the country so that when people look at them, that’s not what they’re seeing.”

In addition to being expected to hold certification as Mental Health Peace Officers, Zacharias said that most UTD PD officers had received some of this training in the past. However, given recent events and the fact that some officers did not undergo formal police training before joining the department, he felt it was necessary to mandate specific training programs.

UTD PD has reported a decline in the department’s yearly complaint total since its peak at 34 in 2009: the time of Zacharias’ arrival. He said the decrease was largely a result of there being a community institution aiming to improve campus life rather than strictly police it.

“We don’t celebrate the complaint process, but when we have a violation that needs to be attended to, we attend to it,” Zacharias said. “You’re not going to see a UT Dallas officer or any person with a history of 17 misconduct complaints still working at this department. It’s just not going to happen.”

Initially written in a petition put forward, but not authored, by the Black Student Association, the hiring of more ‘BIPOC and women-identifying officers’ was proposed as a means to ensure that specific demographics wouldn’t be over-policed on campus.

Zacharias said that their demographics are frequently subject to change, but UTD PD currently employs seven Black officers, making up 10% of the department. At 69 officers total, they also employ 20 female-identifying officers or 29% of the total. Current university demographics place Black students at 5% of the total student population, with female-identifying students at 43%.

Zacharias had previously stated his satisfaction with the UTD PD’s diversity, calling it a strength of the department as a whole. In response to the petition, he said that he supported increasing diversity in the department but the department would need more funding to do so. No formal plans to expand the department’s minority demographics have been announced.

“We will always seek minority officers, particularly as our diversity on-campus grows,” Zacharias said. “That should be something that any minority organization would want their police department to do…so what they ask for is natural and common.”

‘We have something for everyone, so stay active’