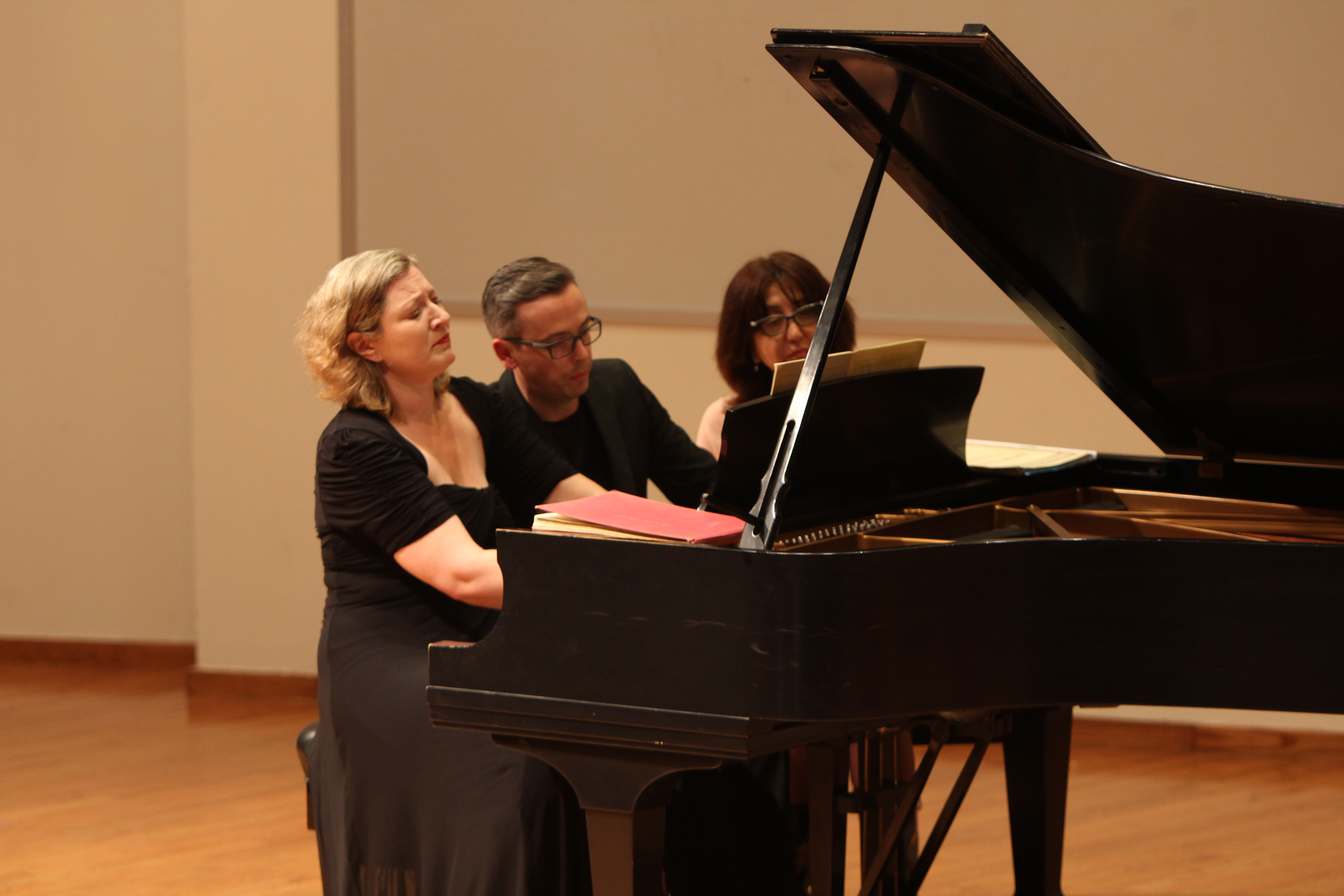 Arun Prasath| Staff Husband and wife duo, Nina Schumann and Luis Magalhães, began playing together in 1999 after meeting in Dallas. They played in the Jonsson Performance Hall on Jan. 22
Life & Arts

She slightly rose in place, like she was hearing her own music for the first time. Her head and body rotated in a circular motion, following the range of pitches. His head tilted in her direction as they exchanged reminiscent glances.

It was their way of listening to the music and reacting to it, said pianist and professor Nina Schumann.

Schumann and Luis Magalhães, a husband and wife duo known as TwoPianists, performed Jan. 22 at the Jonsson Performance Hall.

“One of our piano instructors thought this would be a great way for our Piano I, II and intermediate students to get a chance to see artists who started out the way they did and have an idea of what you can do with your music if you choose to become a professional,” said events coordinator for Arts and Humanities Chinweolu Greer.

Muhammad Murad, a Piano II student who is a music minor, jotted down required notes for his class on the technique illustrated by Schumann and Magalhães.

“It was cool seeing how their technique differed from my piano teacher’s, like how he was rolling his shoulders left to right whenever he played low to high notes,” Murad said. “It got me thinking about techniques I can incorporate into my own life.”

Schumann and Magalhães began performing together in 1999 when they met at the Dallas/Fort Worth International Airport, at the time both students at the University of North Texas.

“A lot of great things can happen at the Dallas Airport, not only catching flights,” Magalhães said, laughing.

Nine years later, the couple founded TwoPianists Records, which is now based in Stellenbosch, South Africa. Before creating their own record company, Schumann and Magalhães worked with Universal Records.

“We decided it would be better to have more freedom in what we record, when we record and how we record — all the small things that result in the happiness of the output,” Magalhães said.

In addition to starting a record company, the pianists have also toured and performed throughout the United States, Germany, Portugal, Austria, Scotland, Switzerland, China and Japan. They have given master classes in South Africa and in the United States, including at New York’s Juilliard School.

Schumann, originally from Stellenbosch and Magalhães, of Portuguese descent, both began piano lessons when they were about 5 years old.

“It’s a question of seeing it as kids — the joy of performing,” Schumann said. “When you come on stage, it’s the most amazing experience. Both of us had that, and once you have that, it’s like a drug; you can’t stop it.”

“When you go and study music, it isn’t a question of the institution, but it’s a question of the teacher,” Schumann said. “He changed my way of thinking completely and made me aware of capabilities I never knew I had.”

However, before meeting Viardo, Schumann’s first inspiration came from her primary teacher in South Africa, Lamar Crowson. For 11 years Crowson taught her the principles of music and how to understand the composer’s intentions.

“He always said to me, ‘Either I’m a fantastic teacher, or you’re a slow learner,’” Schumann said.

Schumann and Magalhães, now teachers themselves live by example for not only their students but also for their two children.

“They already learn that it takes sacrifice and discipline to embark on this career,” Schumann said. “Although right now they only really appreciate the presents we bring them after tours, my daughter did acknowledge the other day for the first time that we are very good.”

But no matter how many tours they go on, there’s something special about each show, Magalhães said. One that stands out in particular is their performance in Scotland where the South African National Youth Orchestra was invited to partake in a festival after 27 years in exile due to apartheid.

The British Broadcasting Corporation recorded the performance, which featured TwoPianists playing the opening concert. Schumann remembers it to be one of her more emotional performances because of the way a person in the audience reacted.

“In the middle of the Rachmaninoff Piano Concerto No. 2 in which I was soloist, a person in the audience started screaming and had to be dragged out of the hall,” Schumann said. “It turned out he was from an institution for mentally ill patients and couldn’t control his emotions.”

Despite audience reactions, Schumann said when she plays and performs there is a rush of emotions that she can’t overlook, in every page and in every note. Then there is this click, where it all makes sense.

But it is still a populated industry, and that makes it hard to keep up, as the demand remains the same as it was decades ago, Magalhães said.

“It is possible to overcome that by becoming creative and, of course, by continuing to practice,” he said.

For Schumann, the most important advice she would give young musicians is that there is no single pathway to success.

“Music must be there to be enjoyed,” she said. “I love it when people tell me that my music touched them, and that should be the purpose — to let the music speak.” 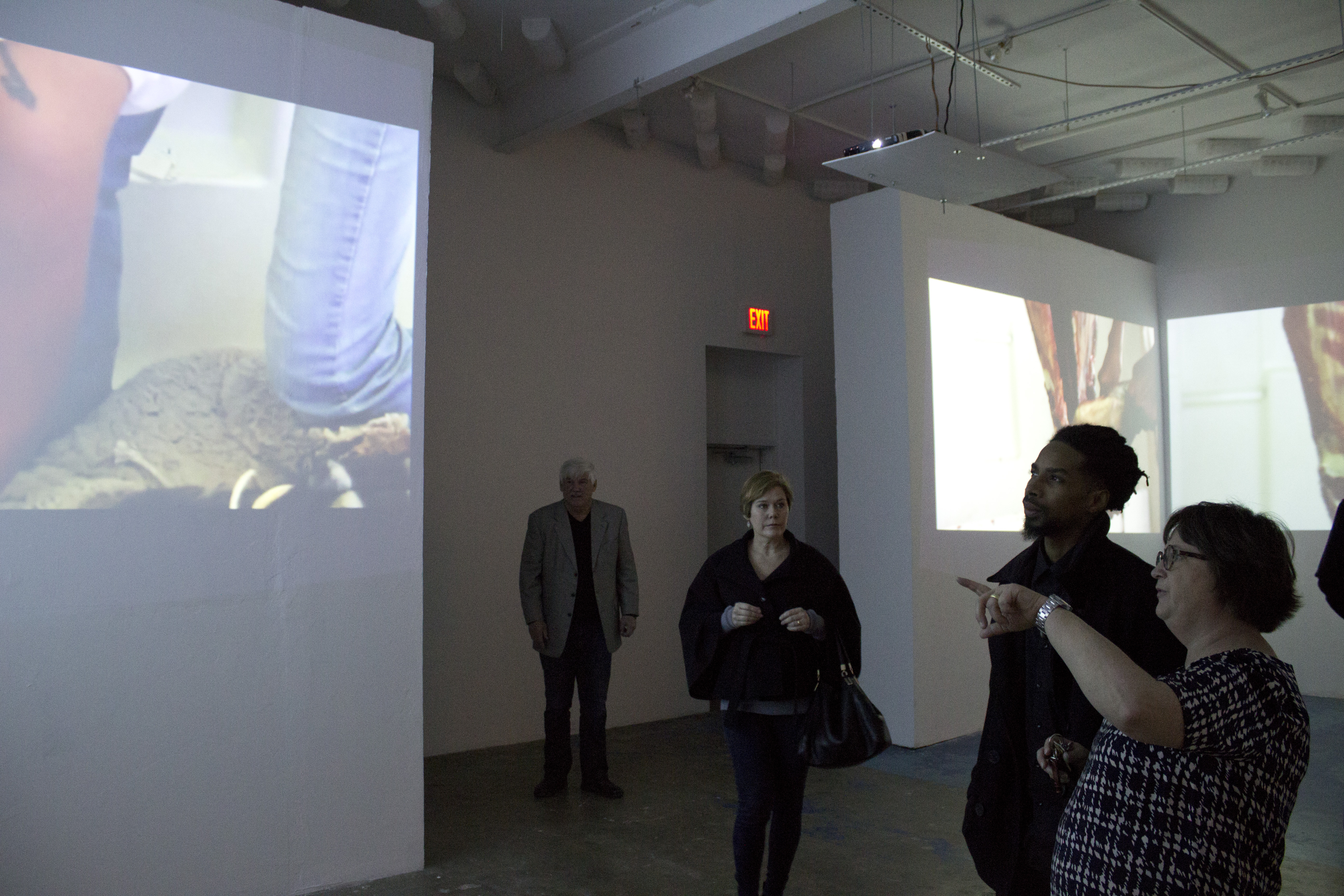 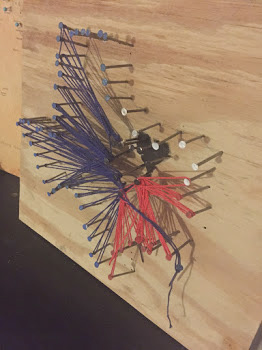