Temoc: the mascot, the mystery, the meme 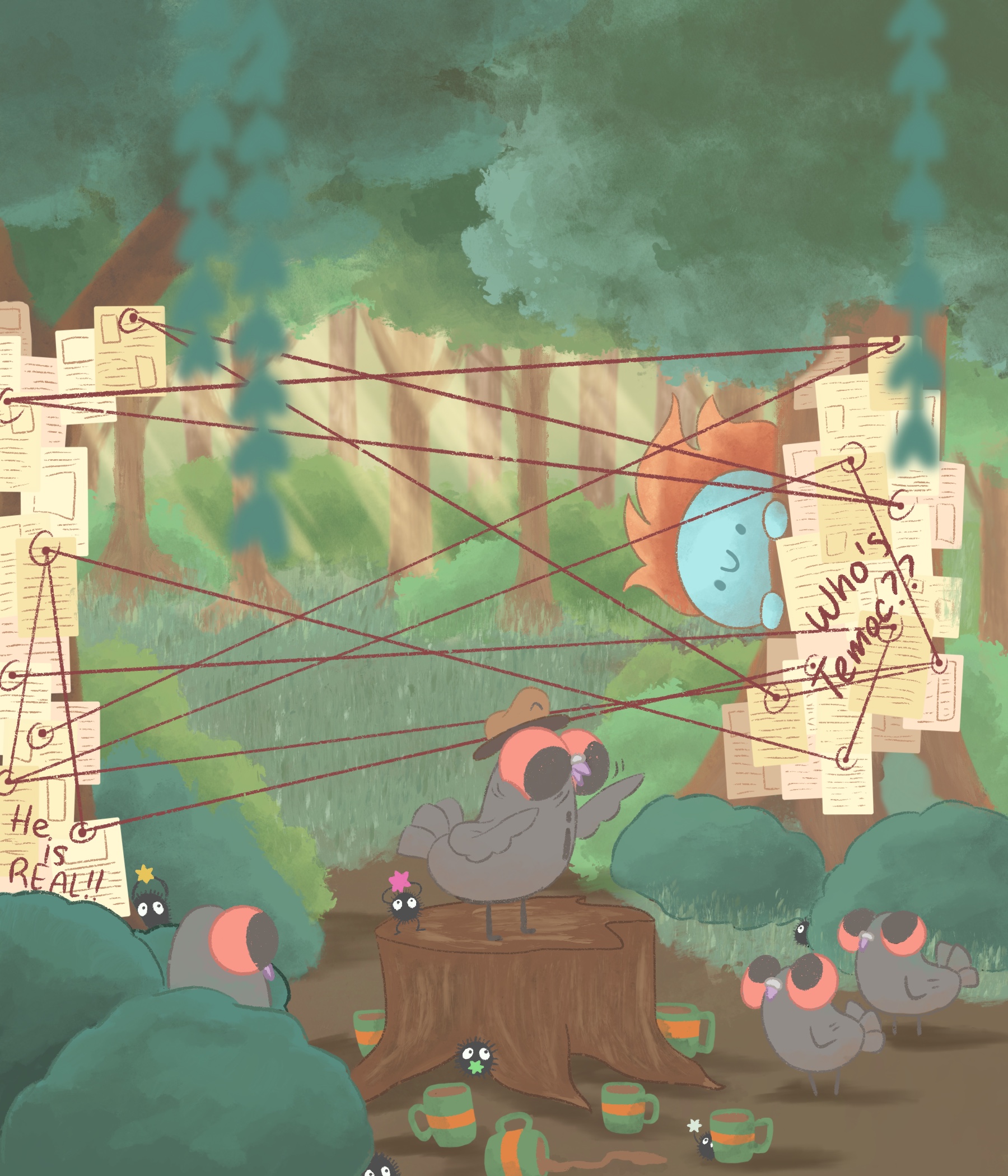 As you arrived to UTD, you may have heard of the magnificently fiery and unforgivably ostentatious mascot that is Temoc. The wide-grinned comet has a backstory that is incomparable to any other; however, students often have a range of reactions to Temoc such as happiness, confusion, fear, uneasiness or hatred. It is important to understand how fellow students perceive this entity so you, an anxious incoming student, are not left unawares.

Created in 1998 by UTD alumnus Aaron Aryanpur under the name “Blaze,” the mascot has an official birthday on April 20, which was celebrated for the first time officially this year. However, the association with “Blaze” and the subsequent celebration date (on 4/20) is coincidental, and under threat of a lawsuit from UT Arlington, the name was changed in 2002. It was hence dubbed “Temoc” — which is “Comet” spelled backwards — and is an homage to the several years’ worth of space and astrophysics research done at UTD.

In the past, there have been multiple attempts by students to replace Temoc as a mascot, but since very few could come up with alternatives, Temoc prevailed as the current mascot you see today. His appearance and design also changed several times, and only just recently was there an official redesign of his character for UTD merchandise and websites, which makes his eyes a lot smaller and doesn’t include the ominous toothy grin his physical form has.

Temoc prevails as a mascot within student-created content such as memes, videos and comics, which also reflect a general lack of consensus over how students feel about him. Just this year, a petition by a UTD student to create a campus Temoc statue received 711 signatures. The UTD subreddit contains a vast library of Temoc-related art, from Temoc drawn in the style of Jojo’s Bizarre Adventure, VSCO Temoc, ice cream shaped like Temoc, a YouTube video called “Daddy Temoc” and more. In 2019, a series of artworks called “Daily Temoc Meme” were posted on the UTD subreddit with a variety of original memes incorporating Temoc, such as Temoc Chungus and The Amazing Spider-Moc. The comments on these varied dramatically, from “I hate this school so much” and “Please stop” to “Tbh I look at this sub daily to see the new meme.” His image is frequently featured on the back cover of A Modest Proposal, UTD’s opinion and satire magazine.

Ultimately, your opinion of Temoc will likely be shaped by your own experience, and you will frequently see Temoc at events or walking around on campus. You’ll also often find him in his glass case in the visitor’s center. However, despite the mixed feelings and multiple attempts to get rid of him, he continues to exist as the mascot we know and love — or love to hate.