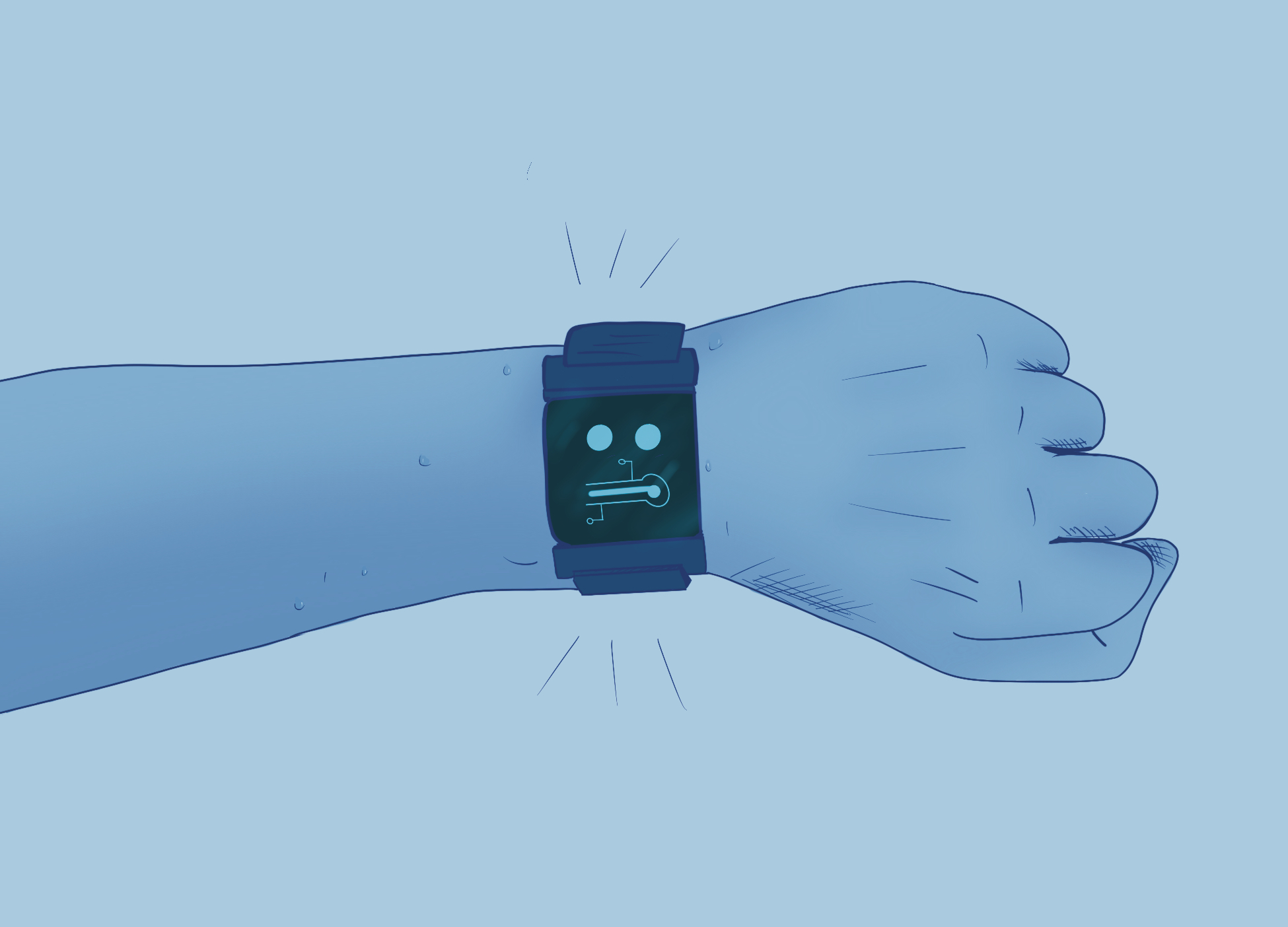 With funding from the North Texas-based company EnLiSense, UTD scientists in 2018 wanted to develop a non-invasive device that would detect and alert if a person was exposed to the Influenza virus. UTD bioengineering professor Shalini Prasad is the co-founder of EnLiSense and has actively been working on this project at the Biomedical Microdevices and Nanotechnology Lab with her research team, including Devansingh Sankhala, Kai-Chun Lin, Badrinath Jagannath and Madhavi Pali.

“In 2018, the biggest seasonal epidemic we had was Influenza,” Prasad said. “The vision was to track and notify people if they have the virus.”

The sweat sensor looks for cytokines – messenger molecules that your body releases when infected – in your passive sweat. This means that users don’t have to do anything for the device to detect inflammation.

“Passive sweat is sweat that you and I would sweat right now in an air-conditioned room. You don’t necessarily have to work out or do any sort of exercise for this kind of sweat,” Prasad said.

The sensor cannot tell what kind of virus you have, but it can monitor and alert individuals to get a diagnostic test, such as a flu or COVID-19 test.

“We discovered that we could essentially repurpose the sweat sensor to figure out the trajectory of an individual’s COVID-19 disease,” Prasad said. “The sweat sensors answered questions such as ‘Are they going to get super sick and end up in the hospital?’ or ‘Is this something they can manage at home?’”

Prasad said the sweat sensors could become a great clinical tool since hospitals are running out of resources and experiencing shortages of beds available in the ICU. By using the sensors, people can find out if they are really in need of hospitalization or not.

In addition to Influenza and COVID-19, the sweat sensors can detect sepsis and chronic diseases such as Inflammatory Bowel Disease. Tracking the number of cytokines is integral in detecting and differentiating between what disease the user could possibly have.

Because this device could prove incredibly useful in the medical field, UTD scientists are working on expanding its ability to diagnose specific diseases. For instance, they are currently collaborating with the Crohn’s and Colitis Foundation to create and design sweat sensors specifically for patients with Inflammatory Bowel Disease.

“We can create a specific panel for a certain disease so that it works in detecting the inflammation associated with that disease,” Prasad said. “It’s a very versatile device.”

Currently, the team is conducting clinical studies. They have completed several human studies and are working toward making the sensors more accessible to the health care industry.

“Data from our clinical studies have been selected and submitted for regulatory application filing,” Prasad said. “It takes anywhere from 18 months to three years to get regulatory approval and become accessible to the general public.”