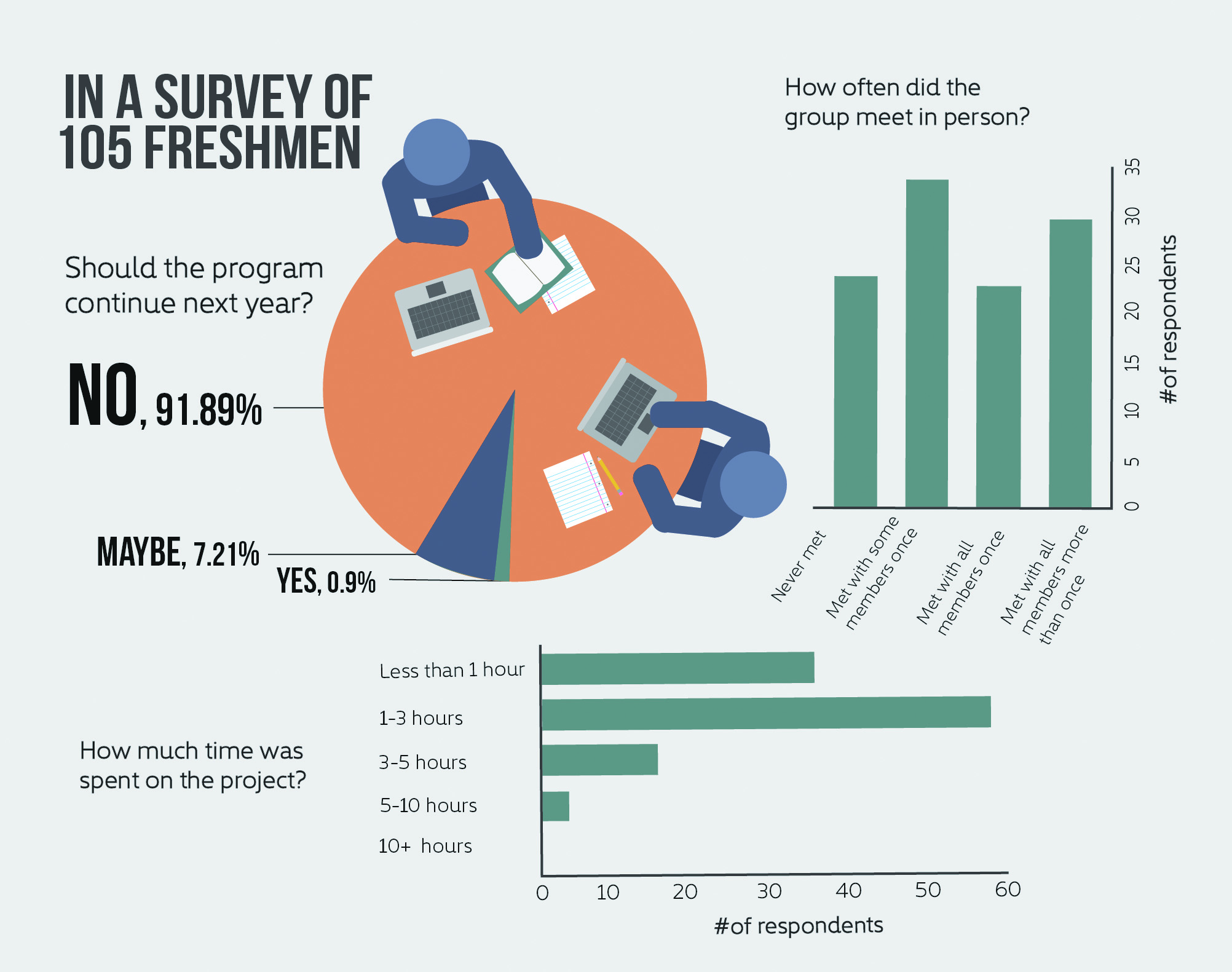 A survey conducted by The Mercury revealed that Comets to the Core — a six-week group project required for all freshmen to complete their UNIV1010 graduation requirement — has sparked controversy in its second year of operation, with 100 of 109 respondents saying they would not want to see the program as it is now continued for future freshmen.

For the last two years, all freshmen taking the course have been tasked with developing an innovative solution to the global water crisis. Every student is assigned a small group of peers of varying majors. Each student is then expected to submit a group evaluation, a brief written response and a three- to five-minute video pitch outlining the merits of their group’s proposed solution by Oct. 1.

“I wish I didn’t have to do it,” Cripe said. “I’m glad it’s off my plate — good luck to the next people who have to deal with it.”

Michael Carriaga, the head of core curriculum assessment at UTD, had been working on revising the entire core curriculum five years before it was introduced to Comets. Carriaga said while she hopes students can benefit from the experience of working on the project, the main objective is for it to be used as a means to measure how much students have learned from their core curriculum while at the university.

“We’re required to show the Higher Education Coordinating Board — our state agency — that our students can demonstrate proficiency, or at least that we’re measuring their level of proficiency, with respect to … different skill sets,” Carriaga said.

Before CTTC, UTD gathered required data from professors teaching core courses, all with different assessment approaches. Carriaga said that a major factor considered in the development of the new program was removing burdens from professors and creating a more streamlined system.

Students were also present during each stage of CTTC’s development, including after its first year of operation. Carriaga said the feedback received from 2017 freshmen was a driving factor for making 2018 the first year the project was completely executed through eLearning.

Finance freshman Emily Maclain said the project raises the issue of incentive and whether or not freshmen have any reason to put effort into their submissions.

“I was talking to a kid, his video was the sink running for five minutes and at the very end, he said ‘Don’t do this!’” Maclain said. “That’s the level of seriousness this project is being taken at.”

Dean of Undergraduate Education Jessica Murphy said that even if students can’t see how the project is benefitting them now, the soft skills they acquire from engaging in the project are valuable down the road.

“One of the things that CTTC does offer students that is not a tangible … visible reward is you (have) already engaged in a group project that is problem based … in a cross disciplinary group of students,” Murphy said. “All the employers want that.”

Eighty percent of survey respondents said they spent a total of three hours or less on their projects.

Carriaga said as part of the assessment process, a representative sample from each school is chosen to be reviewed by a committee. The goal is to review a quarter of the video submissions. She said there currently isn’t enough data to prove whether the program is an effective measurement tool or not. In 2019, the first class of students who completed the program as freshmen will take it again as juniors, thereby generating the first batch of comparative data.

“As far as changing the process, I don’t see that happening soon. But if we gather, you know, years worth of data, and it just isn’t working, then there’s that option on the table,” Carriaga said. “I wouldn’t say anything was completely ruled out at this point.” 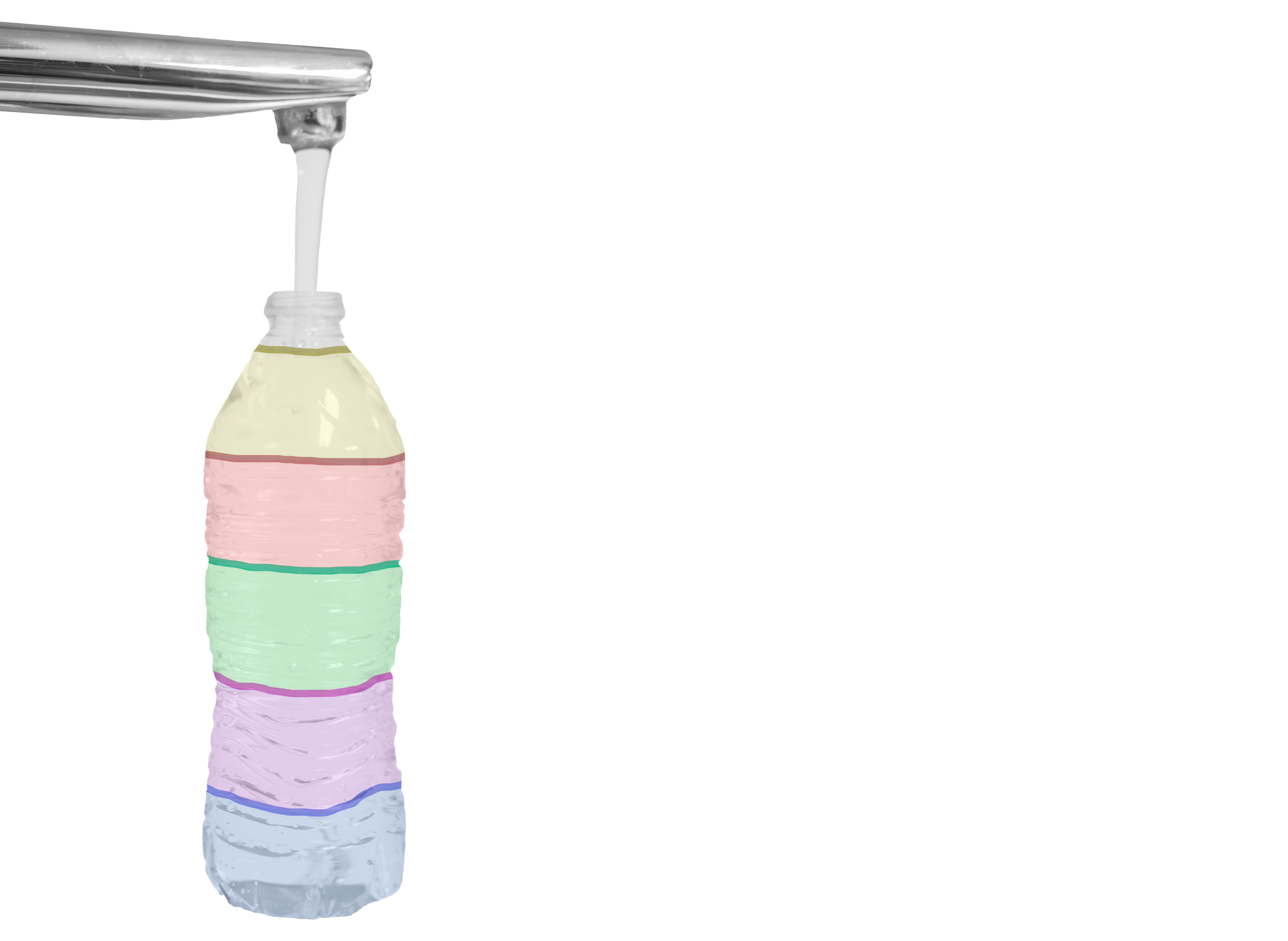 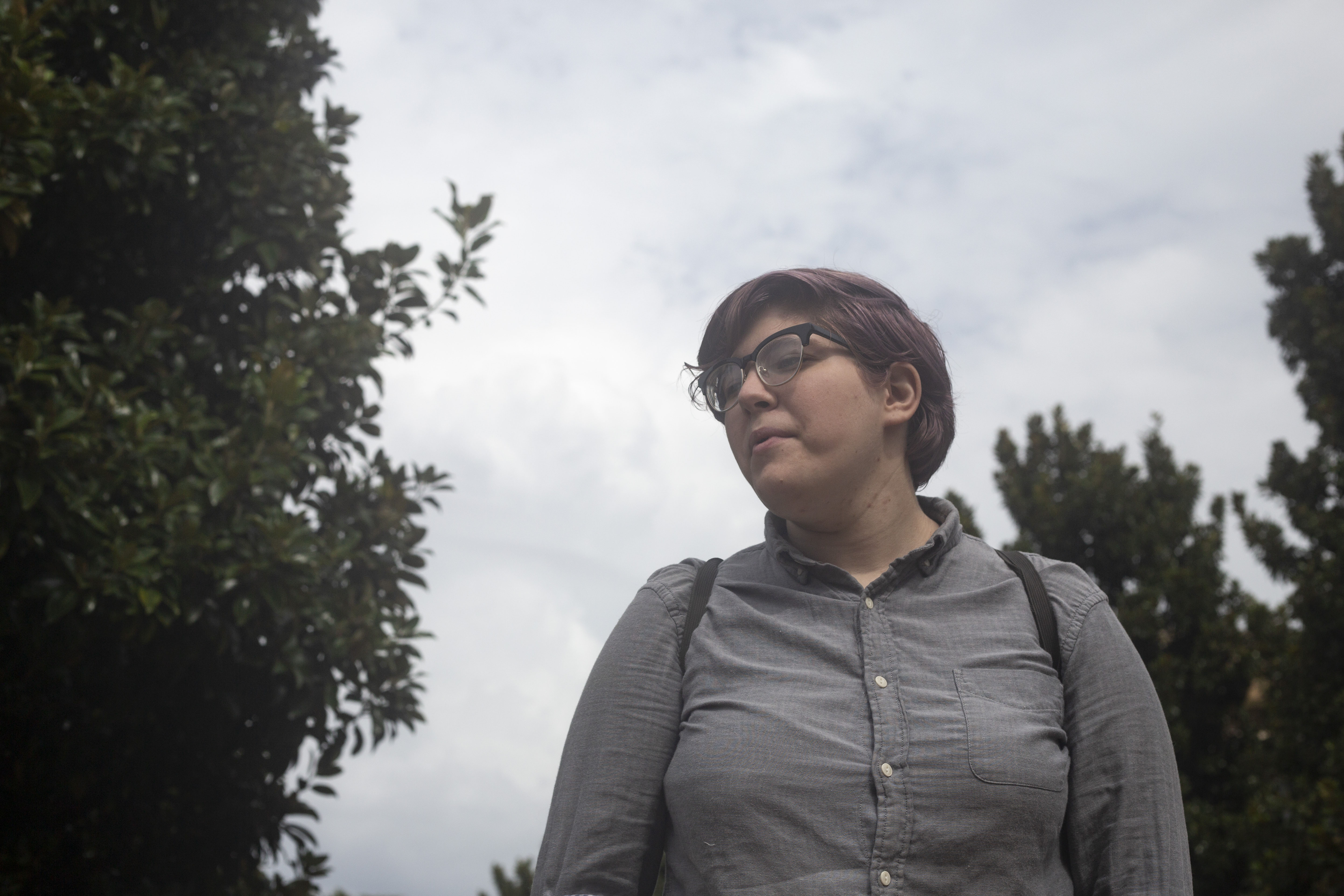