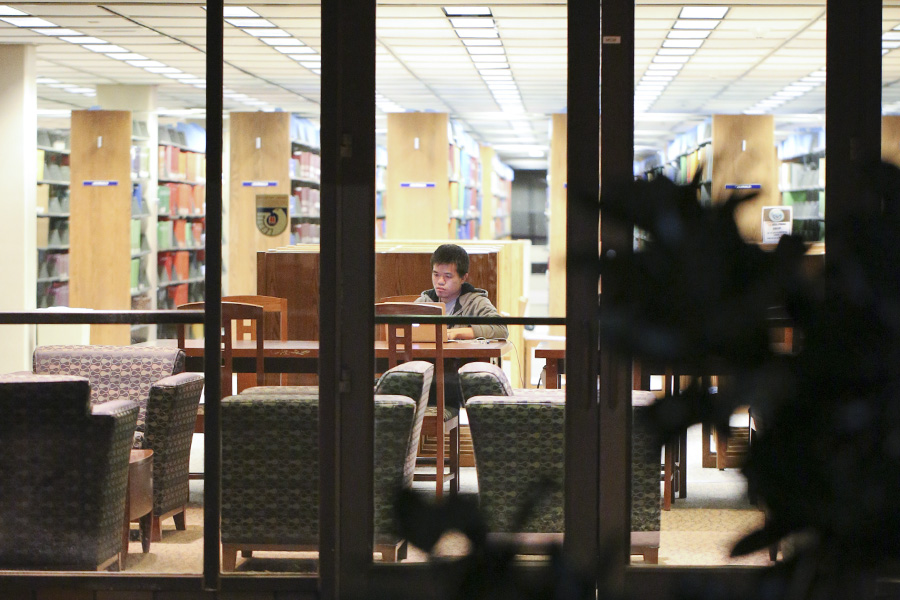 Studying with a purpose

With a new year, comes a new semester and a new challenge for students to make those coveted A’s in their classes. As students, studying is a natural part of the lifestyle, but the reaction many students have to the thought of spending hours hunched over a textbook learning material for exams is likely not positive.

In the process of racking up those study hours, students have attempted to find and use shortcuts or develop bad study habits that affect their studying as much as the time they spend actually learning and retaining information.

“Memory is very abstract, very selective,” said James Bartlett, a professor in behavioral and brain sciences who teaches cognitive psychology. “Simply, we are not designed to have total recall about things that happened. We were designed to get the meaning out of experiences and to plan for the future as much as to remember the past.”

He said one of the key things to keep in mind regarding memory is it doesn’t work like a camera or a recorder. In order to learn and remember better, students must find meaning in what they’re studying, rather than memorizing a list of unrelated facts.

When it comes to studying, Bartlett said, it is important to learn the big idea and then learn the details in order to build a more complete picture using the big idea as the framework for learning the smaller details.

Besides misconceptions about memory, students often also have poor study habits such as passively reading their material.

“One of the worst things you can do — the worst thing you could do is not study — but the next step up is to simply read over the material in a passive way,” Bartlett said.

Being actively engaged in the material through utilizing the study aids built into most textbooks or to write and look through important concepts at the end of each chapter are some of the best ways to retain information more efficiently.

While sometimes it can be tempting to look at a question and within seconds look up the answer, Bartlett said, utilizing cognitive effort to remember is also a good way to process material, even if students don’t remember what they read right away.

Listening to music with lyrics can also cause a distraction that can prevent students from actively being involved with the reading material they are studying.

“It’s kind of like sitting in the back of the classroom,” Success Center coach Mary Kaye Adams said. “If you sit in the very back of the room, everything that everybody does between you and the professor is a distraction.”

She said listening to lyrical music or watching TV while studying introduces more interferences to what the brain is taking in.

Listening to instrumental music or static white noise, however, is a more complex issue.

“All else equal, I’d probably say silence is best, but we don’t live in a world where all else is equal,” Bartlett said. “If there’s noise in the hallway of your dorm room, partying going on, some quiet music or some sort of noise might help you from being distracted.”

Adams cautioned that instrumental music, while better, does have a beat or rhythm that could become distracting to students as they study.

The best gauge as to whether the music is helping or deterring studying, Bartlett said, is if the person studying can remember the music after he or she is done. If the person can, it means the attention was divided between the lecture material and the music.

Bartlett said another bad habit college students tend to have is their lack of sleep and reliance on caffeine.

He said the use of caffeine to the point where students aren’t sleeping is detrimental to their retention because studies have shown sleep to be related to consolidation of information.

“I would try, if you possibly can, to get the ordinary amount of sleep you normally get so your brain is functioning at its best when you study,” Bartlett said. “I realize we live in a real world, you might not have been doing the studying you needed to be doing all semester long. We all compromise with reality in one way or another.”

Adams and Bartlett both said diet is important, especially the consumption of slow-burning carbohydrates, which include most fruits and nonstarchy vegetables, that keep students fueled longer than sugary foods.

They also said one of the best habits students can develop is distributing studying to where they study a little each day.

“Your fourth grade or your fifth grade teacher or whenever they started teaching you how to actually study probably told you don’t cram because you won’t retain,” he said. “That’s actually probably one of the best established facts in the entire field of memory research over 100 years.”

It is also important for students to break up their study sessions so they aren’t sitting down for hours, Adams said.

“Usually when we read, we retain what we read first and at the end, so if we read for several hours, we have a big gap there in the middle that we don’t recall,” she said.

One of the first things Adams said students should do if they don’t get the grades they desire is to talk to their professors or TA to identify what they were missing.

Bartlett said ultimately students should find some enjoyment in what they’re studying.

“Don’t be too miserable,” he said. “Learning should be fun. I’m not saying it’s the most fun thing you could do, but I’m saying there should be a kind of fun aspect to it, and you’re going to learn more effectively if it’s feeling good at least some of the time that you’re hunched over that book.”