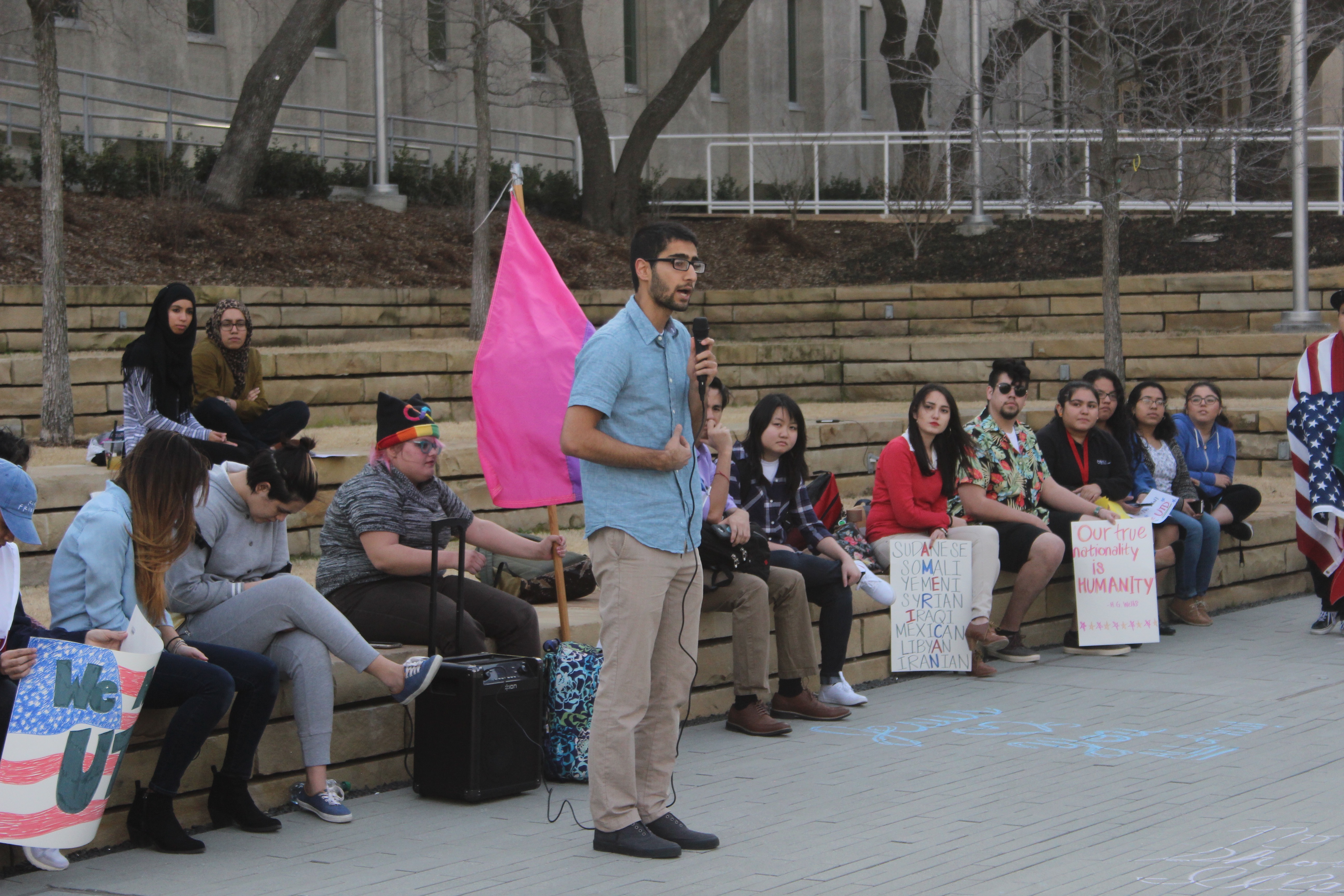 Bilal Moon of the Muslim Student Association speaks at the "We are UTD" event. Photo by Ruth Varghese | Mercury Staff.
News

Students show solidarity at ‘We Are UTD’ event

UTD students from the League of United Latin American Citizens club and the Texas Rising club organized an event of solidarity to show support for minority groups on campus on Feb. 8.

The event featured speakers from various groups who conveyed their distrust and fear of the current presidential administration and its policies. Faculty members were present as well, to show support for the student gathering.

Marleen Martinez, the president of LULAC, said the event was specifically not a protest.

“It’s not going against any particular person. If anything at all, we are being more concrete against the executive orders, but there is much more to it,” she said. “It’s mainly an act of solidarity with the immigration population.”

One major aspect of the event was encouraging students to register to vote. Voter registration tables with the appropriate forms were set up at the event so students could become more politically involved. Christian Briggs, a computer science junior and the president of Texas Rising, said getting students to participate in the democratic process was the goal.

“I want students to get to that second step of getting politically involved, not just riled up and angry,” he said. “We are obviously frustrated, but we need to translate that to real action and votes and political movement.”

“I have all kinds of diversity in my life and on campus. The fact that those things were being slandered on a political stage, on a national stage, and that people were going along with it, it was just frustrating to see that,” she said. “I’m upset that people are fearful for themselves and their futures, and that shouldn’t happen, not in this country.”

Briggs affirmed the event was about more than just executive orders. Although support for immigrants was a major aspect of “We Are UTD,” Briggs did not want students to overlook local politics.

“Local elections are coming up, and no one ever pays attention to them,” he said. “Some candidates are extremists and are saying really radical, racist things, and we don’t want to give them a platform of power.”

One of the speakers at the event was Bilal Moon, a finance and economics graduate and a member of the Muslim Student Association. For him, the event was an opportunity to convey that we as people are much more alike than different.

“Stand by your neighbor; don’t be a bystander. You may know that something is wrong, but it doesn’t matter if you don’t speak up,” he said.”That might be a stronger message for people who already understand the importance of inclusiveness.”

The Vice President for Student Affairs Gene Fitch said he came out of his own desire to show support for the student congregation. 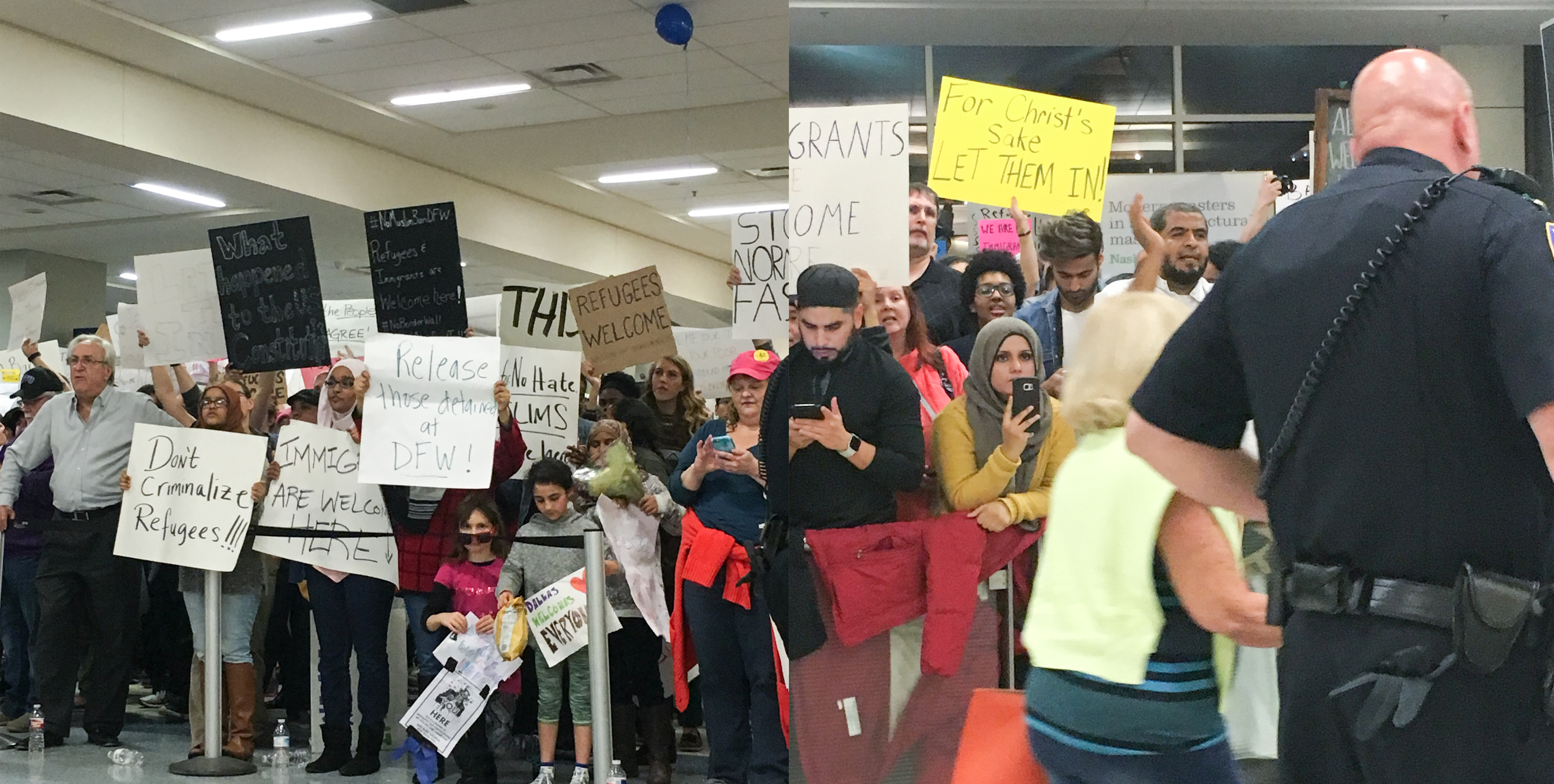