Color runs are untimed, 5-kilometer races in which participants are doused in colored powders at various milestones during the event.

Proceeds from the 5K color run will benefit a fundraising organization, Wendy’s Eagles, and the Lymphoma Research Foundation.

Biology sophomore Cindy Ngo, who serves on the AED board, proposed the idea for the run. She had previous experience organizing a color run at her high school in Plano ISD.

“Traditionally, we do a fundraiser every year for Wendy’s Eagles,” Ngo said. “Previously, we would just sell T-shirts and hope we get a lot of sales through that.”

AED partnered with adjunct UTD faculty member Wendy Harpham for the event. Harpham, a lymphoma survivor, gives a talk to the organization’s members every spring about her own journey battling cancer.

“This year, Dr. Harpham threw out a lot of ideas instead of doing a T-shirt fundraiser and suggested a 5K,” Ngo said. “After that, (the AED president and vice president) brought me in since they knew I had experience planning 5Ks and color runs.”

After Harpham received her lymphoma diagnosis in 1990, she underwent several rounds of treatment. When her lymphoma went into remission, she became involved in the LRF and started a Dallas chapter as well as founded her non-profit organization — Wendy’s Eagles — which consists of a team of walkers who participate in the LRF Dallas Lymphoma walk every year. Wendy’s Eagles has raised approximately $130,000 so far, which is donated to lymphoma research efforts.

Harpham has published eight books about her journey through the fight against cancer in which she discusses how to build hope for patients who have also struggled like she has.

“I hope everyone can see and understand her story and be inspired by it,” said AED vice president Nidhish Lokesh, a biochemistry senior. “I want them to meet the people behind this and the cause. Everyone can come interact and see who the money is really going to.”

The color run had approximately 180 participants. So far, the club has raised over $2,000, surpassing officers’ expectations.

At the run, Harpham gave a speech about her fight against cancer.

“I want everyone to come and hear Dr. Harpham’s message about hope,” Ngo said. “She’s been through so much and makes you see things in a different perspective. I think that’s valuable for anybody to be optimistic about life. Her story is so raw and inspirational, and I hope people come out of the color run feeling inspired.”

Lokesh said he hopes to see the color run continue in the future.

“In the future, I want to incorporate more of UTD, outside of AED, like other students and groups,” he said. “I want to extend this to other organizations across campus.” 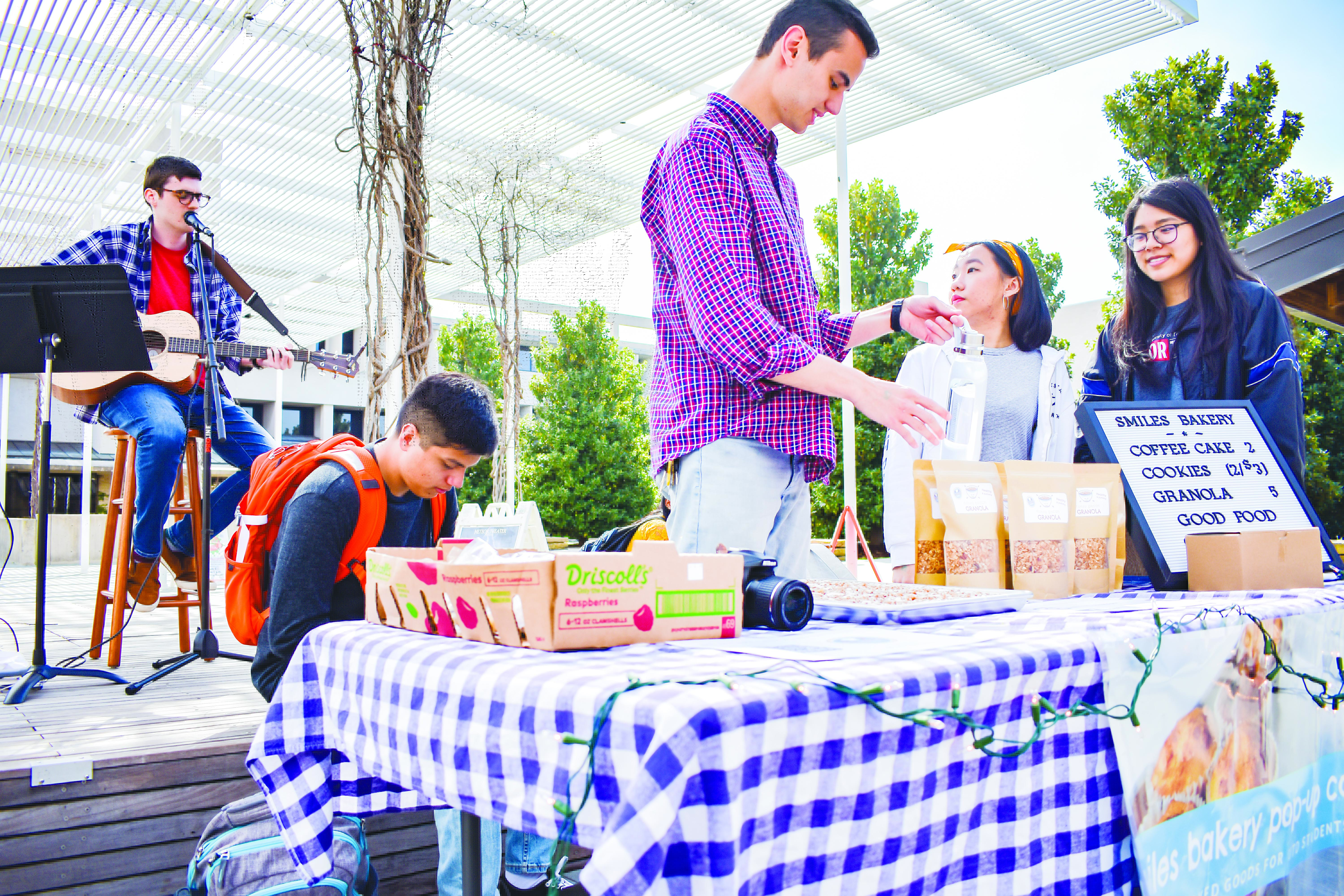