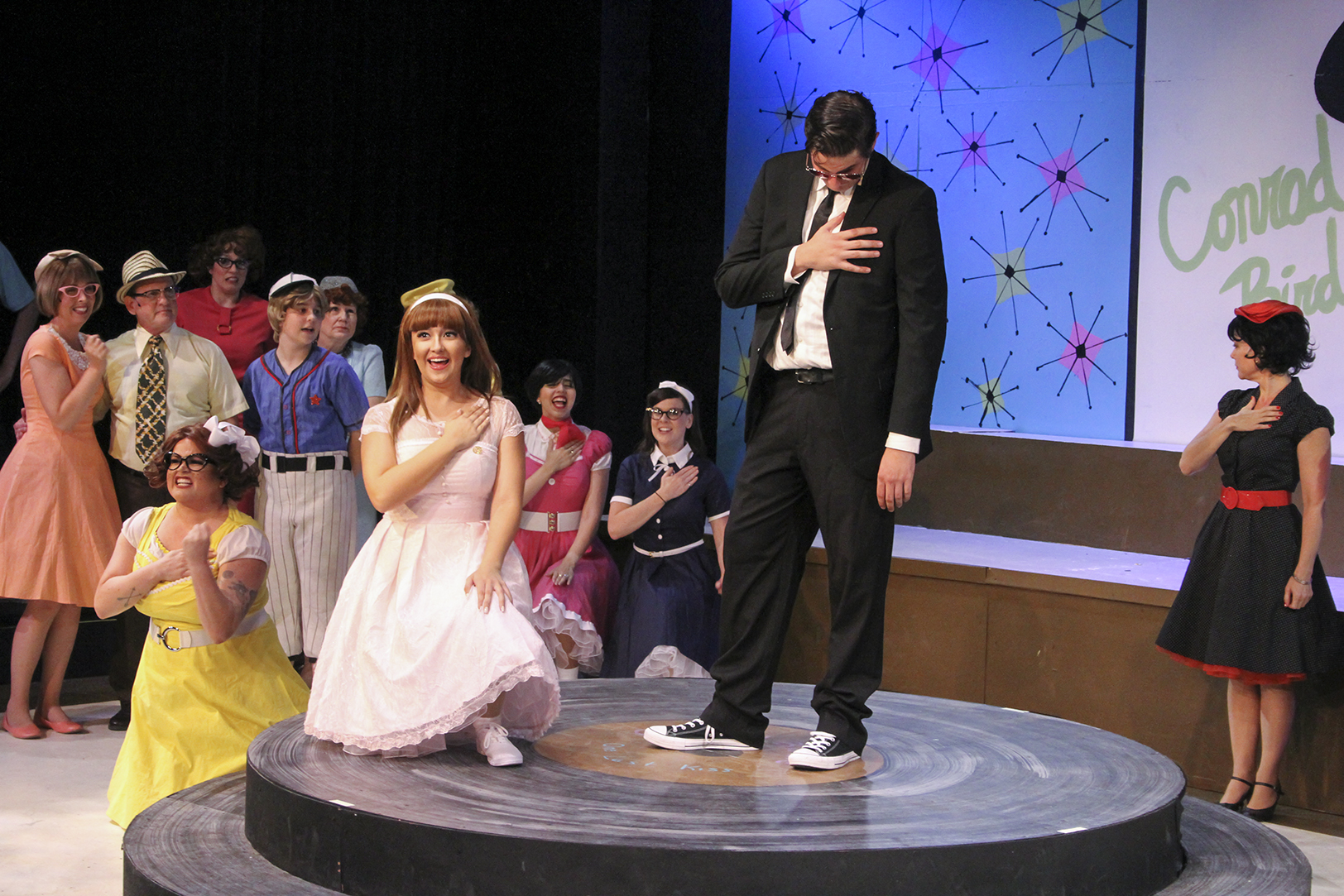 Speech and pathology student Arianna Reyher plays the role of Kim McAfee in Repertory Company Theatre’s production of “Bye Bye Birdie.” Reyher has been performing with RCT since she was 10 years old. Photo by Esteban Bustillos | Mercury Staff.
Life & Arts

Even though she doesn’t show it, Arianna Reyher is going through her own personal version of hell.

The 20-year-old speech and pathology junior, who is performing in Repertory Company Theatre’s production of the musical “Bye Bye Birdie,” nonchalantly sips on a mint tea in a crowded Starbucks as she goes through everything required to get ready for the show. The cast and crew are just a day away from the show hitting the stage and preparation is in full swing. Everything from lighting to choreography to wardrobe has to be perfect.

Reyher admits the final week before a show goes live is always the hardest. She even has a name for it.

She rehearses with the cast for about five hours each night during the final week before the show.

She said she hasn’t even thought about getting ready for the upcoming school year. Still, Reyher pushes through. She stocks up on Throat Coat tea laced with licorice and marshmallow roots to help sooth her sore throat before taking the stage. Even though she has outside priorities, Reyer makes sure she can perform.

No matter what, the show must go on.

“Theater always had my back,” she said. “When things were going wrong and school was super stressful in middle school and high school, I would always go to theater class and it would just be so fun. I guess it’s kind of like an escape and also kind of like a constant for me.”

Reyher started performing at the age of 4 at the behest of her mother, Patricia Reyher, who put her daughter in private singing lessons.

“I think my mom pushed me because she always wanted to be a singer, so she kind of pushed me in that regard,” Reyher said.

Although she is originally from Florida, Reyher and her family moved to Dallas when she was 10 years old. Reyher said her mother wanted her to be more involved in theater so Reyher could find friends. She started attending classes at the Repertory Company Theatre.

Laura Alley, the director of education at the school of musical theater at RCT and the director of “Bye Bye Birdie,” met Reyher about six years ago when the singer auditioned for a part in “Alice in Wonderland.” Alley said Reyher has one of the best voices she’s heard for someone Reyher’s age.

“It just has a really unique quality,” Alley said. “It almost has a Disneyesque quality to it. It’s just got such a pleasing tone. She’s very versatile as a singer, she can sing both Soprano and Alto, she can sing classical and pop music. She’s got a fantastic voice.”

Since moving to Dallas, Reyher has only been away from Repertory for a significant amount of time once. Her freshman year of college, she attended Emerson College in Boston, Mass. She took pride in being one of only nine other girls accepted to the school’s freshman program for theater.

About halfway through the year, however, Reyher decided to leave and study speech pathology. The stress of having to study theater rather than just performing for fun started to get to Reyher.

“(Studying theater) made me not enjoy it as much and I didn’t want to do that,” she said. “I really enjoy performing so I wanted to find a way that I could still do it and also focus on something different.”

When she moved back to Dallas and started at UTD, she began working again with the Repertory Company Theatre, but she also got involved with the Comet Theatre Company, a campus group that puts on productions run entirely by students after running into Rachael Bernstein, an RCT alumna who directed the group’s production of “Little Women.” The play also happened to be the Comet Theatre Company’s first ever show.

Bernstein said it helped to have Reyher in the cast.

“She’s not only an excellent performer, but she works hard and she wants to please and she wants to do a good job for the sake of the show,” she said. “Not just because she’s a lead but because the entire show is important to her, which was excellent to have in ‘Little Women,’ especially because we were a brand new company.”

That professionalism shows when Reyher is on stage for “Bye Bye Birdie.” Outfitted in a bubblegum pink dress, white sneakers and an auburn wig with a white headband, the actress is barely recognizable. The play revolves around Conrad Birdie, an Elvis-like rock star, and his quest to give one last kiss to an American girl before heading off to war.

Reyher stars as Kim McAfee, an innocent Ohio girl chosen to give Birdie a departing embrace.

Reyher transforms into McAfee when she’s on stage at the dress rehearsal, her voice serenading the audience with its gleeful sound. It really is like listening to a Disney princess in real life, which isn’t surprising given Reyher’s dream of one day performing as a character in the parades at Disneyland.

As the lights overhead dim and Reyher takes her curtain call, she beams and waves to the crowd. The show runs for another two weeks, so she’ll have time to add tweaks and make the performance better.

Even with all the stress of putting on a musical, it’s all worth it for Reyher. Performing is where she finds herself best.

“It makes me happy performing,” she said. “Either being behind the scenes or just being a part of it or going to see shows all the time. I could see myself doing this for a while.” 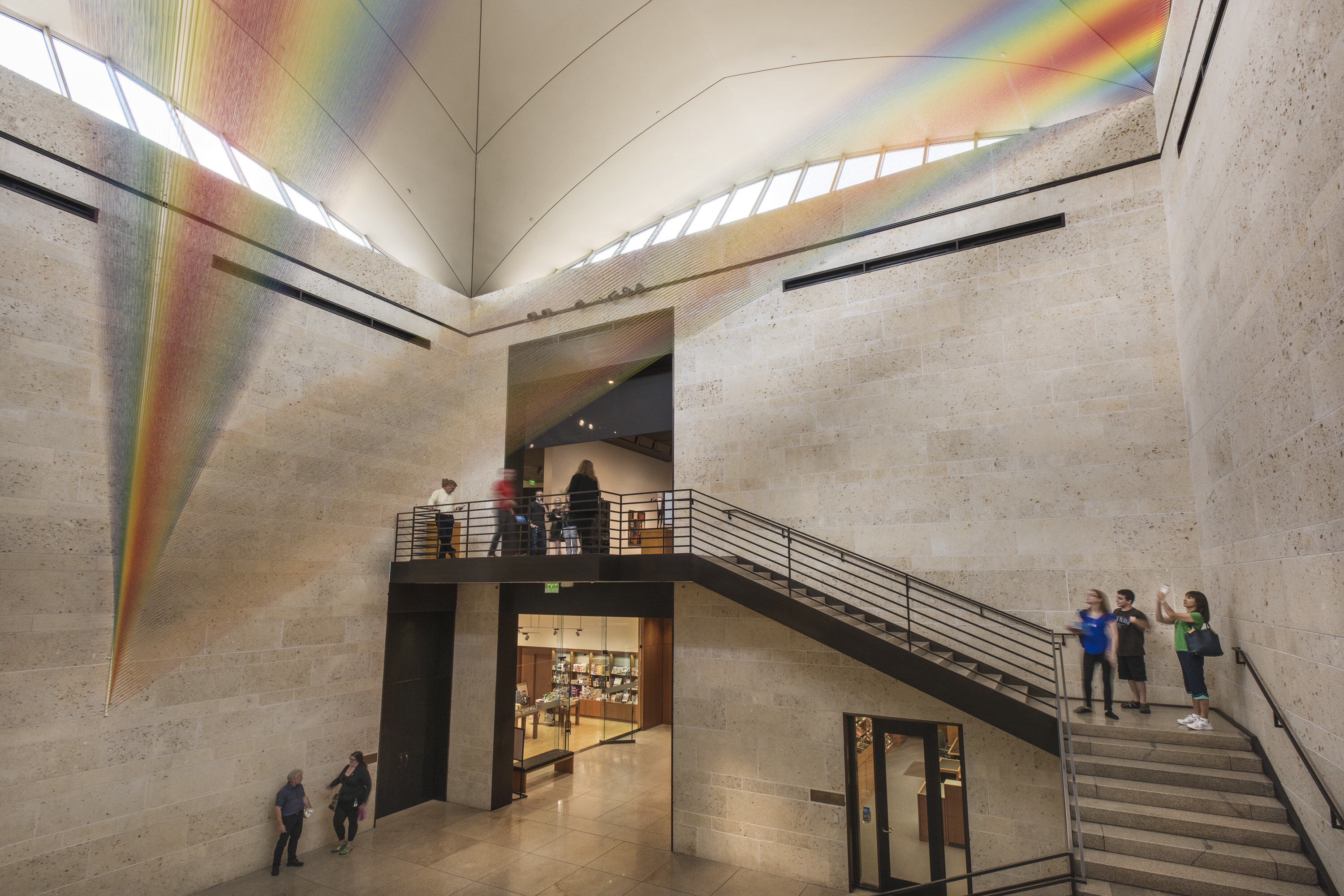 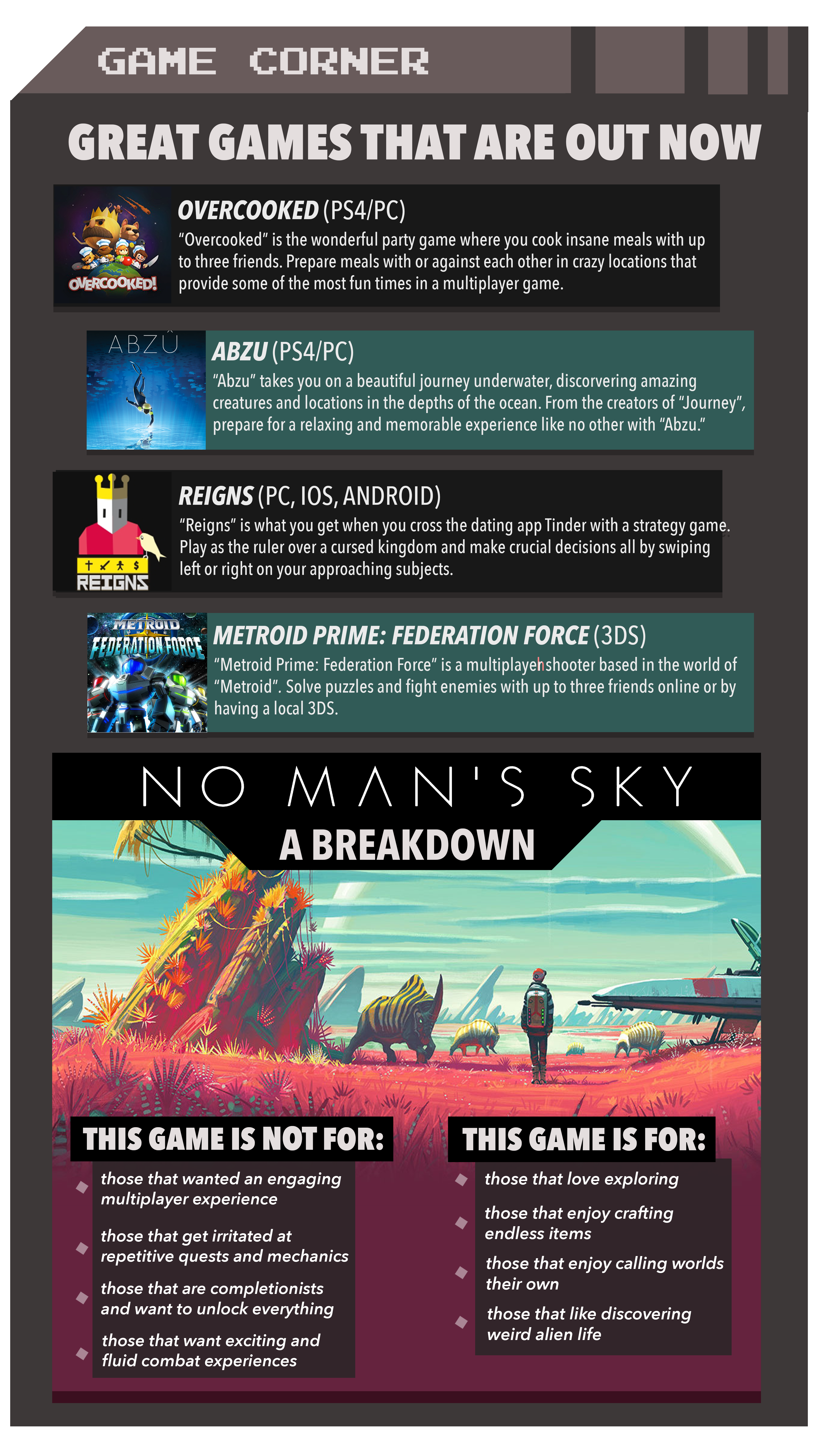 Game Corner: Great games that are out now