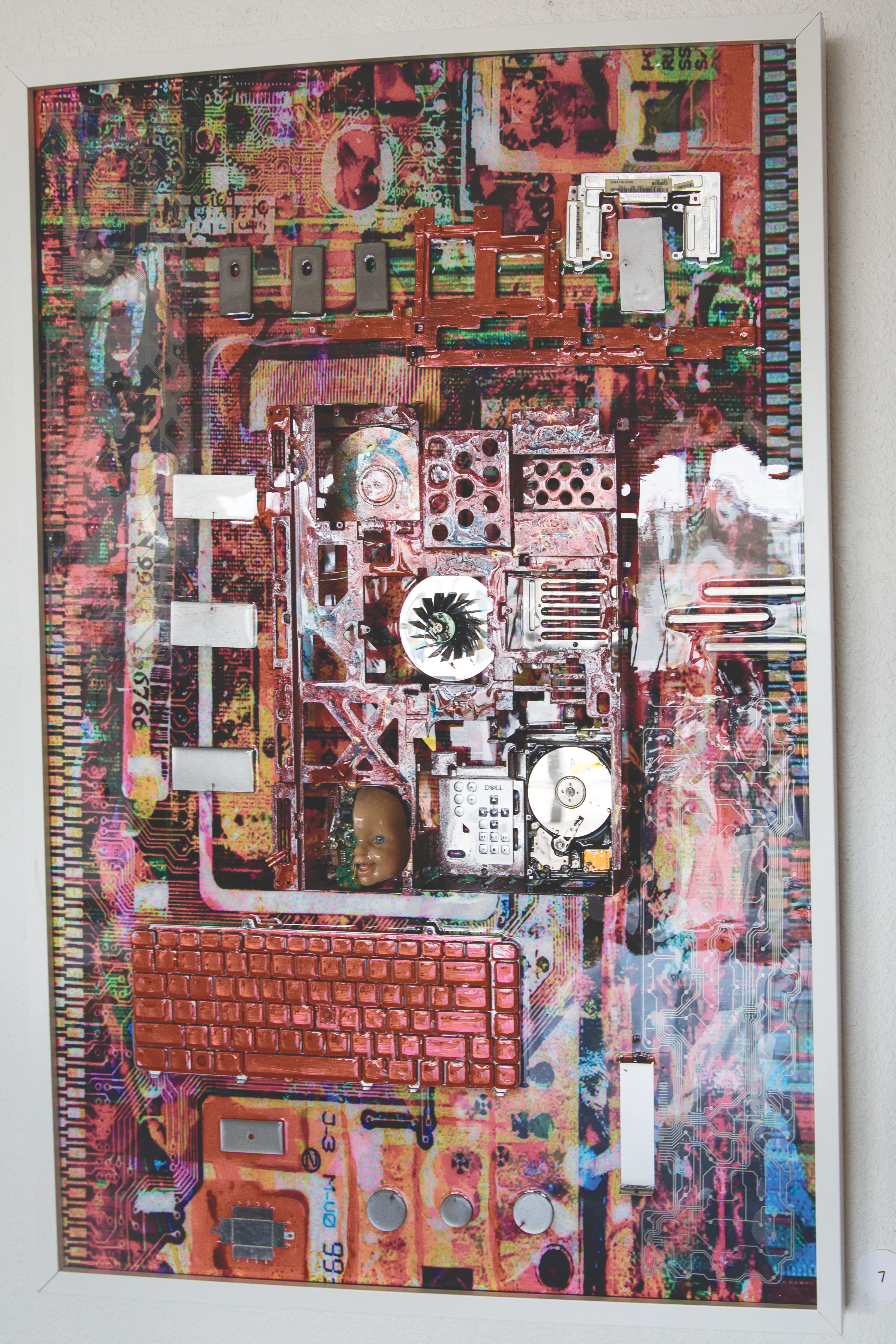 A graduate student’s art is now on display at an exhibition in Frisco.

“With my art, I am always preoccupied with the rapid rise of technology,” Lion said. “We don’t talk much with each other anymore because we’re all busy on our phones. I’m not necessarily saying it’s bad or good but it’s something we have to consider and ask ‘Why is it that we’re doing this?’”

Although Lion often incorporates electronic fragments into her creations, her second piece diverges from her usual style, conveying within its organic and traditionalist design a message far more personal and introspective. For “Dimensionality with Reality,” her second entry into the exhibit, she used her canvas to portray a recent heartbreak within her life.

“I lost my husband about a year and a half ago, which was very painful, so I used the red as the pain and suffering of it,” she said. “But, as you can see, there’s also some light going through (the piece) which says that things have become much better, life has resolved itself, and I’ve accepted that we’re all born and we all die eventually and sometimes it is too early.”

Lion began her work as an artist more than a decade ago, when her two sons went to high school, and Lion said she realized a desire to fulfill her own needs and pursue her aspirations for art. Since then, she has since put in over five hours of work each day to further advance her artistry and establish her style. She said that no matter the technique being used or skill level achieved, what’s most important to her is the emotion that her pieces extol.

“Sometimes I struggle with the idea of what a painting means,” she said. “People always want to know what it means, and I believe that it’s much more about the emotion that you’re conveying. It’s more my emotions than anything else. People ask me when it is that a piece is done and I say, ‘When I don’t hurt anymore.’”

The pieces that Lion has displayed in “RED” will be the first of many exhibitions she intends to participate in this year. She also submitted pieces to be included in an exhibit within the Frisco Discovery Center titled “Fresh Start,” and won first place for her creations. Lion’s work will also be involved in a multimedia event featuring movie soundtracks such as “Star Wars” and “Star Trek,” incorporated with the creations of local Dallas artists. For Lion, opportunities such as this allow her to further experiment with what she refers to as a crossing of the art and technology barrier, a pursuit she hopes someday will become a permanent career.

“Sometimes, you put things that you want to do in life aside and you’re just so money motivated that we forget what it is that makes us happy,” she said. “And what makes me happy is art.” 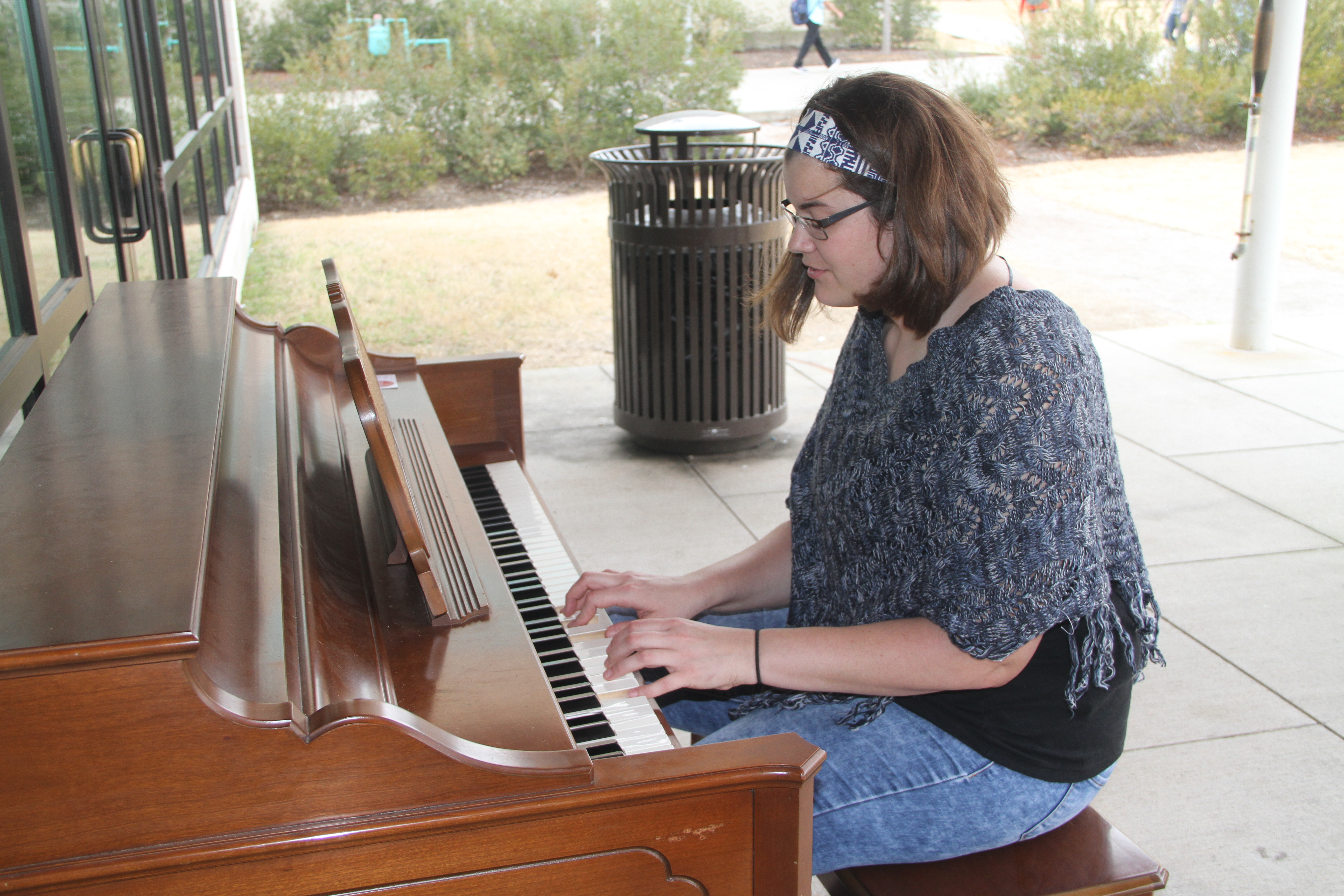