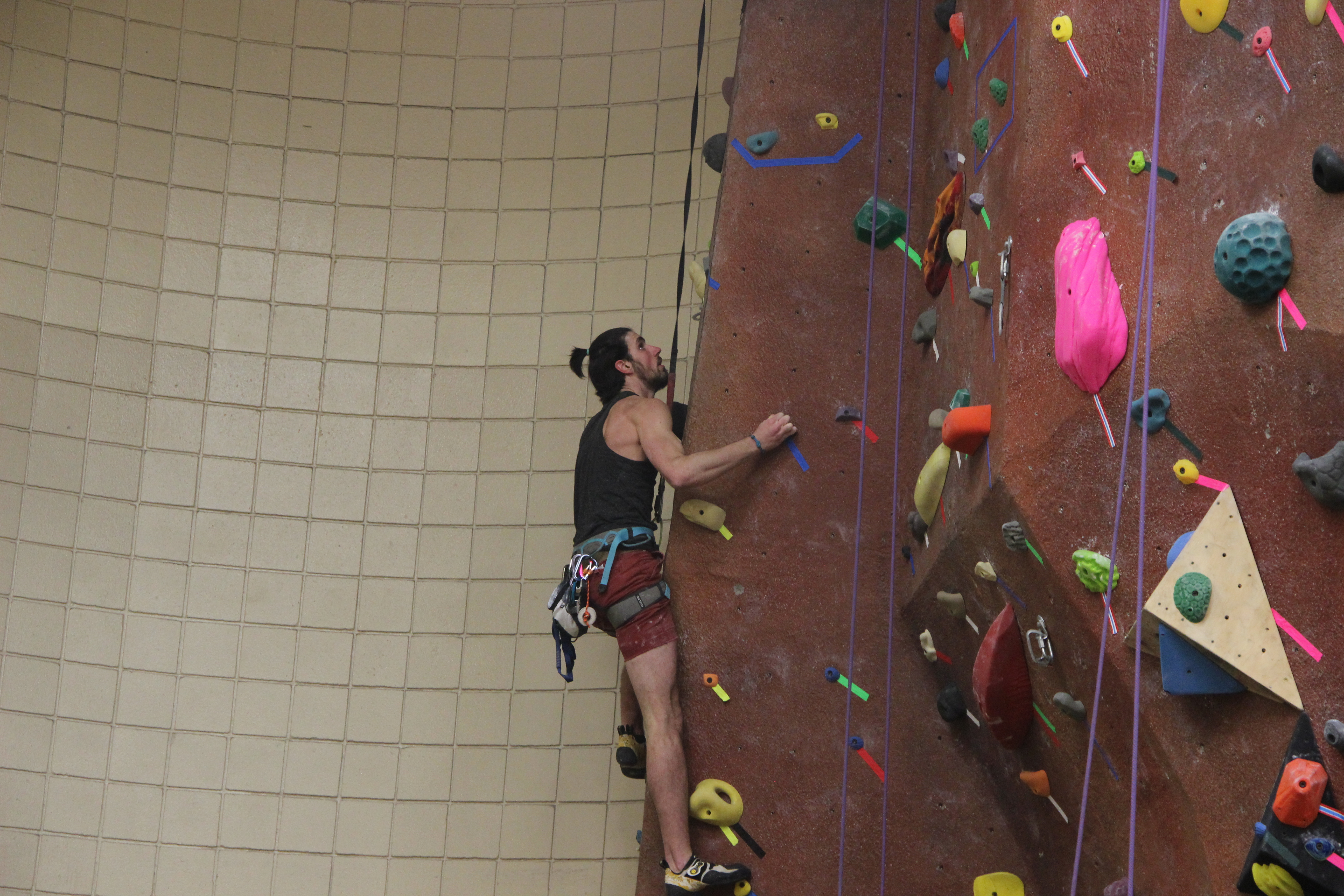 A faint cloud of white chalk filled the air and ropes descended from the top of the color-patched rock wall in the Auxiliary Gym as the climbing team gathered for its first competition of the semester on Jan. 19.

Although there was a mix of climbers with varying skills, they were all there for one reason — to get to the top.

Rock climbing is unlike other sports in that there are no referees, no stadiums or arenas where spectators can watch and rarely any attention given to professional climbers. Other sports also don’t have people hanging 50 feet in the air as they try their best to not think about falling.

Oddly enough, that fear of plummeting towards the bottom is what drives a number of climbers to take up the sport in the first place. Carlos Avendaño, the climbing team’s president, said he is afraid of heights. Getting over that apprehension is part of the reason he enjoys climbing.

“I never really feel 100 percent comfortable on the wall,” he said. “Every time I’m able to successfully complete a climb, or even when I fall, I still feel better about myself because I put myself out there and tried to reach the limits.”

For others, climbing is a way to do something out of the box. Grant Freeman, a software engineering graduate student who helps lead outdoor climbing trips, picked up the sport after doing everything from mountain biking to snowboarding to get his adrenaline fix.

Once Freeman, who started climbing about a year and a half ago, heard about UTD’s rock wall from a friend, he became hooked. However, he soon learned rock climbing is less about adrenaline and more about focus.

“Once you get on the wall, you can’t think about anything else except for the fact that you’re ascending the wall,” he said. “All you want to do is progress as hard as you can, climb harder routes and go to bigger places.”

Like Avendaño, Freeman started climbing with a fear of heights. That all changed when he climbed a 50-story wall outdoors with a friend. Now he sets up routes for other members of the team whenever they go on trips.

For Freeman, the journey from a beginner to an experienced climber helped to make him more involved with the team. More than that, however, he found a community that embraced and pushed him.

“If someone’s getting stuck and someone who’s more advanced knows how to do that move, they’ll try to teach them,” he said. “It’s all about pushing people to the next level. (It’s) a huge drive for a lot of us.”

While Avendaño uses climbing to overcome his fears and Freeman uses it to try something different, others find that climbing helps to supplement the other sports they play. Kennedi Rose, a global business junior, climbs and is also a member of the tennis team.

Rose joined UTD’s climbing team last semester after taking a year and a half off from the sport. She said the activity helped her to improve in other athletic endeavors, which include basketball, mountaineering and backpacking.

“All the climbing strength and conditioning that you have to do actually helps me out a lot in other sports,” she said.

Although Rose is taking this semester off from tennis, she said whenever she is doing both she struggles to balance both sports.  Often, she’ll wear herself out just to keep up.

Still, she said the feeling she gets from climbing to the top of a mountain is what pushes her to continue moonlighting as a climber.

“Getting up there, and then you just accomplished all that — like it was awful and it hurt so bad, but once you get to the top and you just feel it, you’re just like, ‘Oh, crap. That felt so good,’” she said.

While climbing can be relegated to indoor gyms filled with rainbow colored rocks, a number of climbers decide to take it to the next level and climb large mountains. Although climbing as a whole is relatively safe, going outdoors is often much more dangerous than indoor climbing because there are no pre-arranged ropes to keep climbers safe and the terrain can be sometimes unpredictable.

For Freeman, it turned out to be life threatening.

The grad student and a friend were attempting to climb a mountain together when one of the ropes they were using to secure their way got stuck. They were coming down and had no place to go.

Stuck 250 feet in the air, the pair had to sleep outside on a ledge that only stuck out about 2 feet from the wall of the mountain. As the temperature dropped and moisture started to collect, the pair struggled to get any sleep.

Eventually, Alpine Rescue came up the backside of the mountain, repelled down and took the duo to safety at 5 a.m. after waiting nearly 10 hours.

Instead of deciding to take a break when they got back down, Freeman had other plans in mind.

“I slept for three hours and I climbed the next day,” he said. “Nothing was going to stop me. Nothing bad happened, so at the end of it all everything was OK and it was fine … If you take the right precautions, scary things can happen, but you won’t get hurt. And that’s what makes you come back.”

Even though climbers have plenty of stories like this one, the sport demands they do one thing — get back up and keep reaching for the top.

“It ends up being just more of an adventurous sport,” Freeman said. “It’s just trying to do the next great thing or put your name on something big. That’s what makes it really fun.” 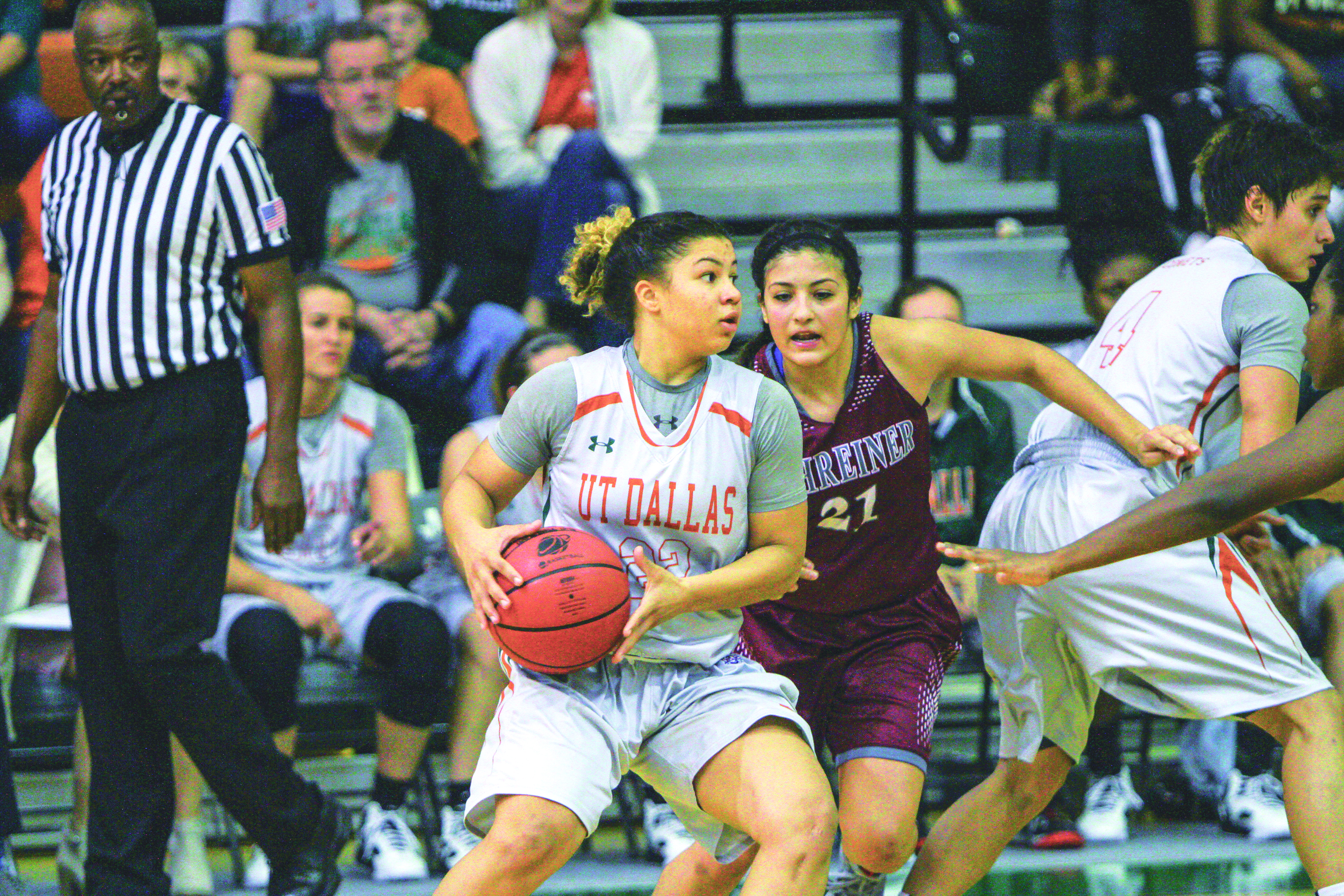 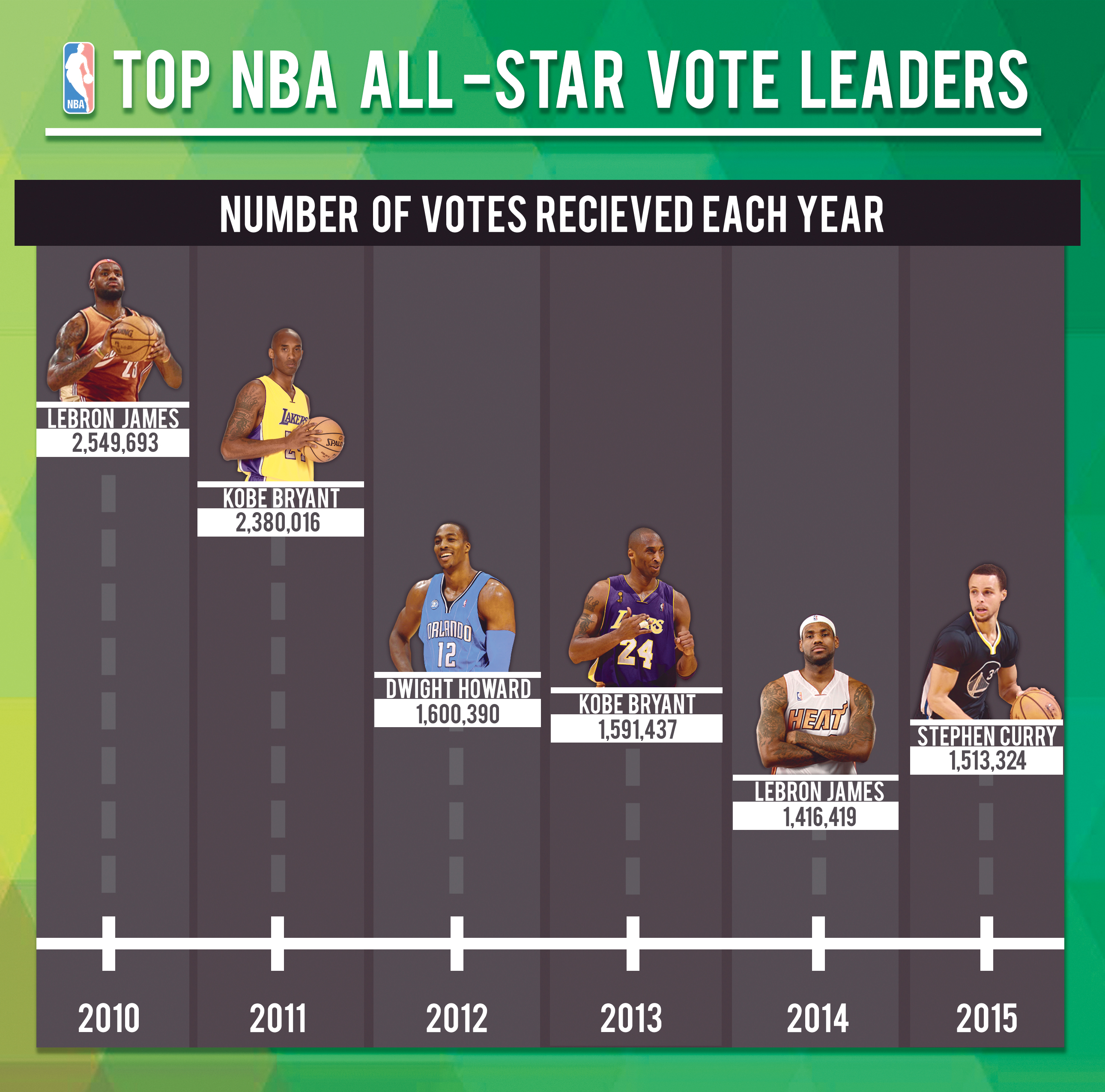