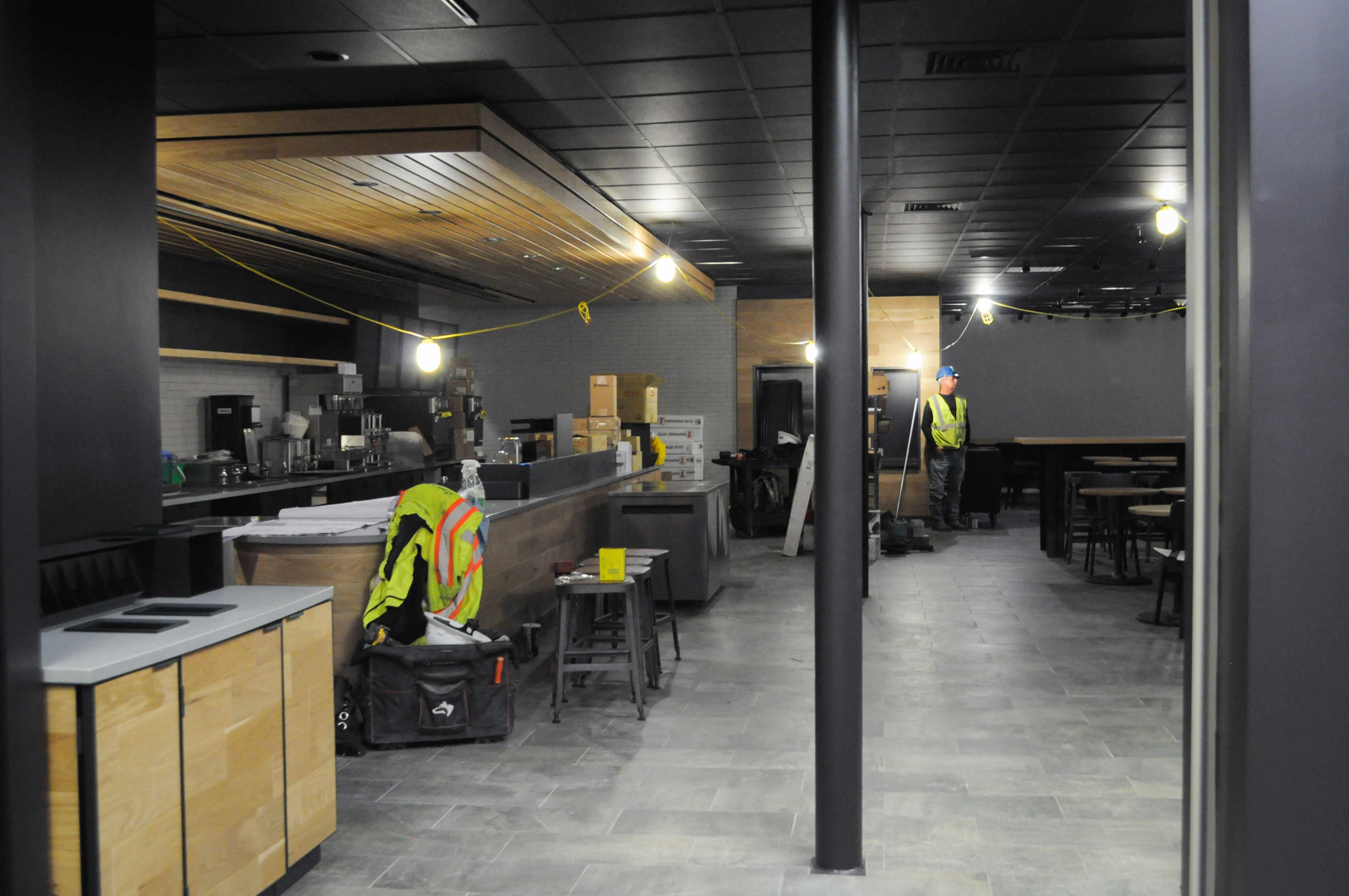 Construction workers put finishing touches on the new Starbucks on Nov, 10. It will be located on the second floor of the Student Union. Photo by Madeline Ambrose | Mercury Staff.
Campus News
Featured
News

A fully-licensed Starbucks cafe will open on the second floor of the Student Union before the end of the semester.

The store will open on Nov. 20 and occupies the roughly 3,200 square foot space that was formerly a study area on the second floor of the Student Union.

The UTD’s launch of the new venue marks the campus’ first move away from “We Proudly Serve Starbucks,” a Starbucks-branded solution allowing colleges and universities to serve a limited selection of Starbucks’ offerings. With this change, students will be able to choose from the full range of offerings found in licensed stores off-campus.

Carrie Chutes, director of Auxiliary Services, is part of the process behind bringing the Starbucks to campus. During her eight years at UTD, Chutes received requests from students for a fully-licensed Starbucks every year. The new Starbucks is opening this fall in response to the volume of feedback.

“Because it is fully licensed, it has the full menu, which is something the Pub and our other ‘We Proudly Serve’ locations didn’t have the capability to do,” Chutes said. “Everything you’d want from a Starbucks, this will have it. This includes mobile pay and gift cards, so it’s fully integrated.”

When considering the location for the Starbucks, Chutes looked closely at the SU and JSOM.

“It took a long time to vet the perfect location and space for it,” Chutes said. “We looked at every possible area, and the Student Union being the central hub, the heartbeat, it was the best location, we feel, for Starbucks. It also offered a good amount of square footage.”

The extra space allows the new store to be one of the biggest Starbucks locations in the Richardson area, and makes up for the loss of the study lounge that was removed to make space.

“It’s three times the number of seating in a regular Starbucks off campus,” Chutes said. “That place where we are building the Starbucks is replacing what was a study lounge, so it was very important for us to keep the spirit of that place and have an area for students to sit and study in.”

Staff openings for students will not be available by the time of the launch, but will be soon after.

“The majority of the staff will be full-time staff, some of (whom) will have already worked at Starbucks,” Chutes said. “The director of retail has shared with me that once we open and hit the ground running, there will be (student) hiring opportunities, just like every other food service on campus.”

Nidhi Patel, a senior in global business and supply chain management, has been a Starbucks Gold member since December, 2015.

“I’m excited that there will be a Starbucks open past eleven, and that they kept the study space too,” she said. “It makes it more convenient and I won’t lose my parking to get a drink.” 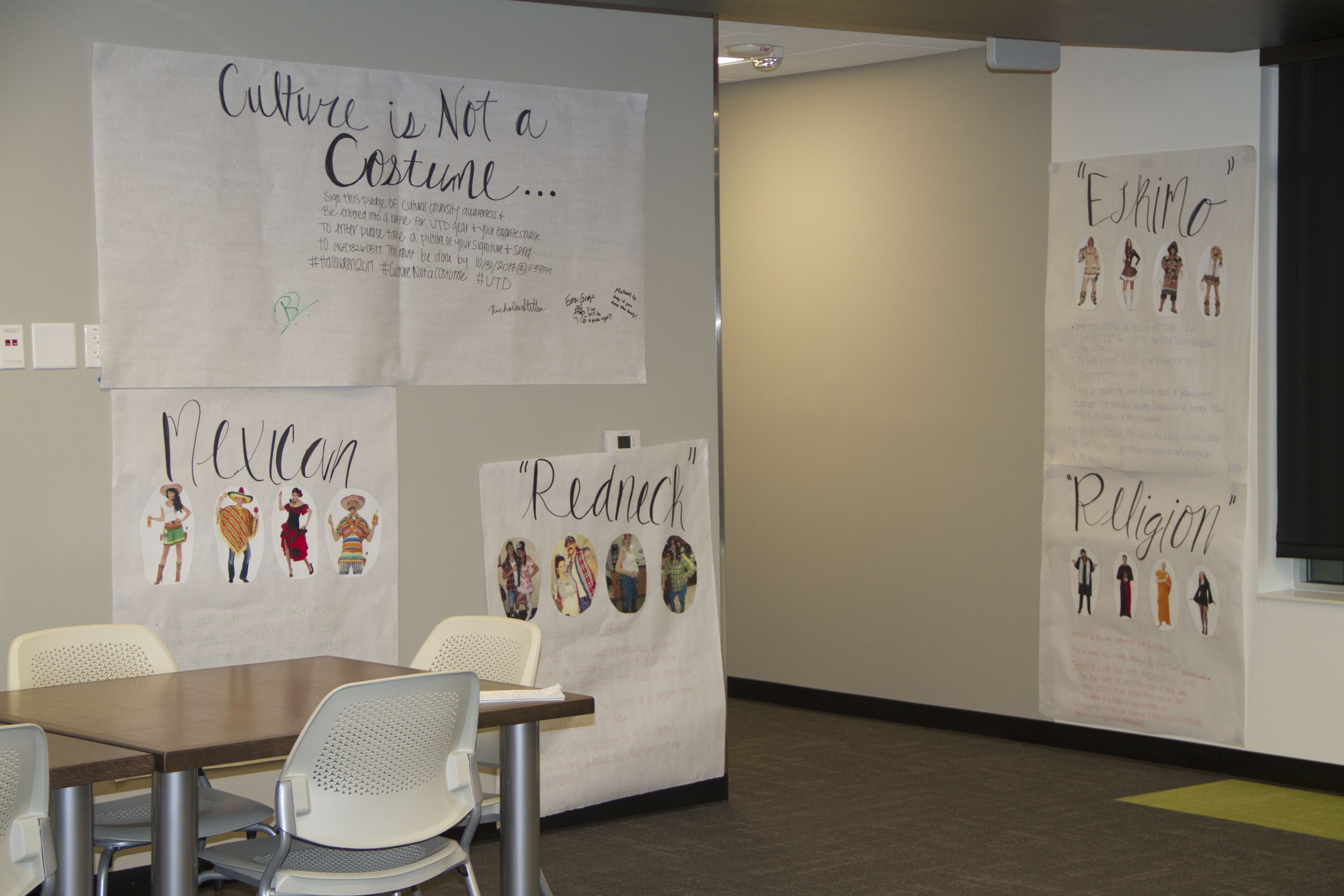 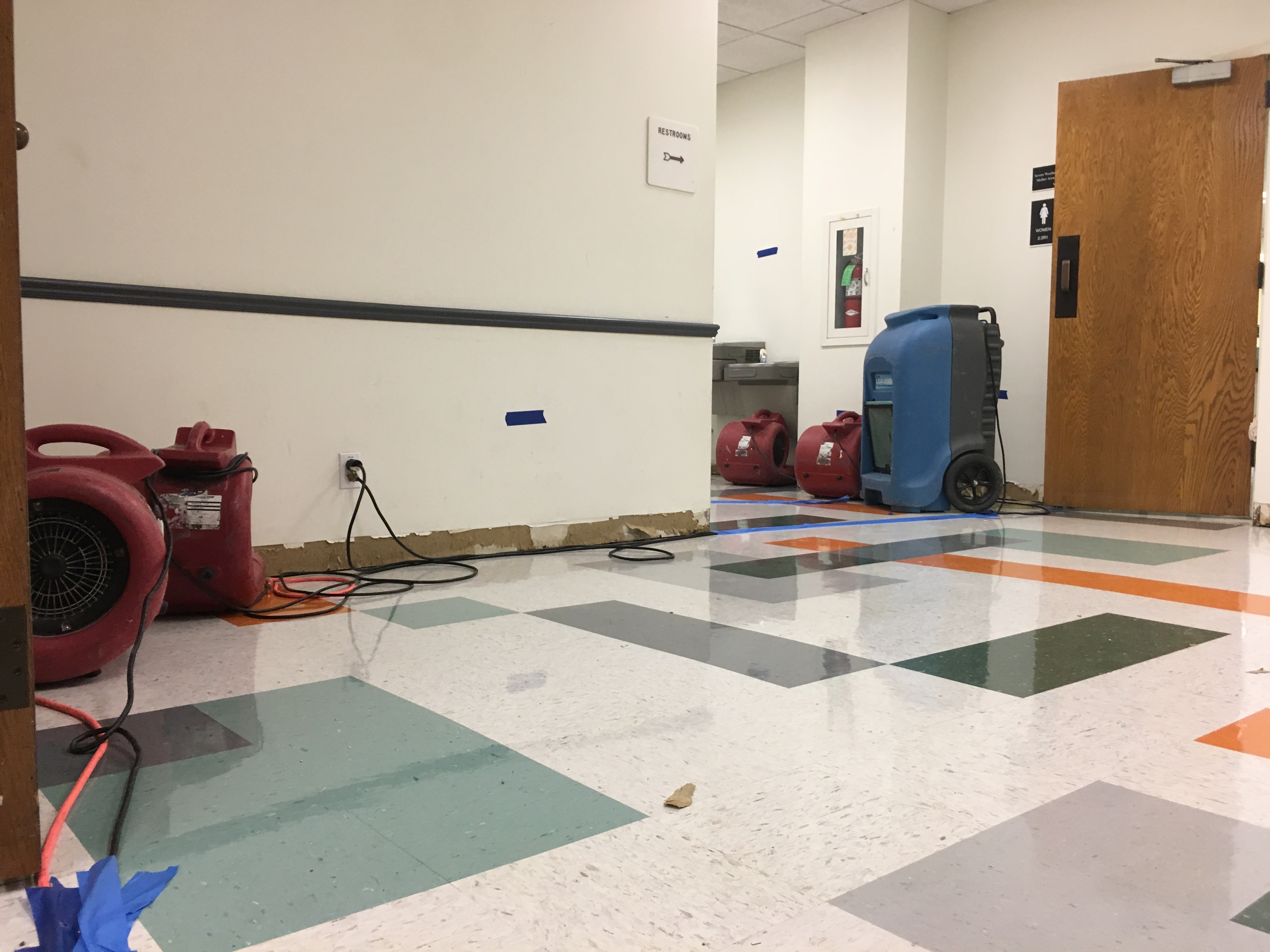