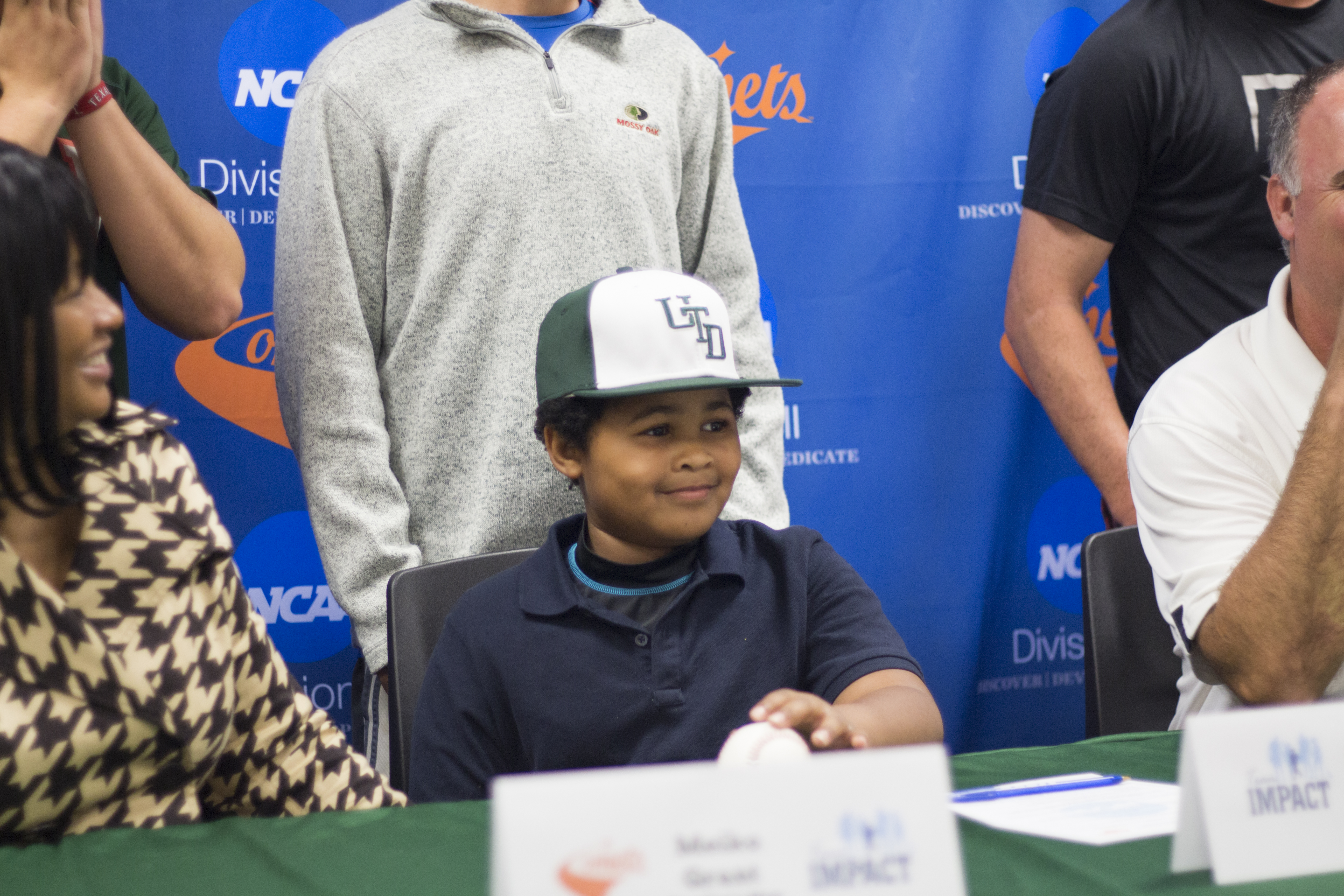 Putting pen to paper during a signing day press conference on Nov. 16, Hamilton Grant’s signature on his celebratory letter made him the youngest player ever in UTD baseball program history.

Applause filled the room during the much-anticipated afternoon. Smiling from ear to ear, the 9-year-old — with a Comet’s baseball cap positioned firmly on his head — posed for the cameras once he officially joined the team.

Hamilton isn’t your typical Division III student-athlete, however. The 9-year-old continues to fight to stay in remission.

During 2 a.m. one night in February of 2010, Hamilton developed a stomachache. The previous day he had been enjoying a pizza-filled, rambunctious night at Chuck E. Cheese’s. His parents figured he was just feeling the after effects from that evening.

At around 7 a.m., a temperature accompanied his stomachache. Because Hamilton rarely fell ill, his parents decided to take him to the hospital.

“When we took him to the doctor that day it wasn’t like we were thinking, ‘Oh my gosh, I hope he doesn’t have cancer,’” Hamilton’s mother, Meika Grant, said. “We were thinking, ‘How long is this little virus going to last so that he doesn’t miss school?’”

Initial blood work revealed something resembling a virus, but the oncologist was not completely sure and could not make an official diagnosis until further testing was done. Hamilton was admitted to the hospital for the night.

The following day, he had a bone marrow aspiration test performed on him. Later that afternoon, the family received the breaking news that their 3-year-old son had cancer.

“To say we were floored would totally be an understatement,” Grant said. “My son, at that point — by three years old, I don’t even remember him having an ear infection. He went from healthy, happy and just running around crazy all the time to somebody walking in the room and telling us he had cancer.”

Moments after the diagnosis, the doctors went into full gear and prepped Hamilton for surgery. He had a port placed on his torso so that he could receive proper treatment. Hamilton underwent chemotherapy immediately and was hospitalized for 15 days, receiving his treatment around the clock.

“At 3 years old, (Hamilton) just knew he was sick and he knew that he was going to get better,” Grant said. “There was no other option in his mind.”

It wasn’t until Hamilton was closer to the age of 5 that he saw a commercial on TV about cancer and started to understand the complexity of the situation he was facing.

Grant and her husband, Frank, said they told him some people don’t make it, but that he was going to and that he didn’t have to worry. They said he’s been a trooper ever since.

One of the difficulties during the treatment was when Hamilton began losing his hair. Grant said she and her husband never realized how fond Hamilton was of his curly set of hair — even at just 3 years old.

His hair didn’t fall out right away, but when it did, it fell out in patches. However, Grant said Hamilton would not let her cut his hair, so it eventually fell out on its own.

Once it fully grew back, Grant’s husband told his son that it was time to go to the barber, but Hamilton wouldn’t have it. Now he only lets his mother trim it every now and then.

After roughly three years of chemotherapy, various other medications and constant trips to the hospital, Grant went into remission in March of 2013. Grant said Hamilton took the news in stride.

Among the challenges throughout the process was Hamilton having to miss school for extended periods of time. After his initial diagnosis at the age of three, he didn’t return to school until he was 5 years old. If other parents sent their kids to school with a little cold, Hamilton would have to stay home to avoid a trip to the hospital.

After treatment was over, Hamilton really got into football and the rest of the sports followed along. Because of the side effects of the chemo, he isn’t able to participate in athletic events with other kids his age.

“(Hamilton) wants to play, run, jump off of things and play sports and I didn’t quite know how I was going to be able to merge his situation and sports,” Grant said.

Grant did some research and came across Team IMPACT — a nonprofit organization that drafts participating children facing life-threatening and chronic illnesses onto local athletic teams to the greatest extent possible.

“To me, Team IMPACT was like a godsend,” she said. “It allowed (Hamilton) to see what being on a team is about — going to games, seeing how things are played and getting behind the scenes.”

The team has already taken a liking to him and they said they feel that they can show Hamilton a variety of things that he wouldn’t otherwise be exposed to.

“When I first heard about Hamilton joining us, I was very excited to be able to be a part of his life and his family’s life and be able to show him what a team sport can offer someone as an individual,” catcher, Bobby Garner, said. “I know we’re going to have a great friendship.”

Grant said the team plans to take Hamilton not only to baseball games, but also to other sporting events around campus. He’s also invited to attend team workouts. Their intention is to stay in contact with him beyond the diamond — for example, by having players go up to his school to sit down and have lunch with him.

“That would, of course, be a huge win for him,” Grant said. “Now the boys who maybe tease him a little bit because he’s a little slower can see these ‘brothers’ of his that are all athletes and think he’s a rock star.”

Hamilton said he’s very excited to join the team and was blown away on his first visit to campus.

“I really like (the campus) so much,” he said. “I wish I could go here for regular school.”

Aside from fulfilling Hamilton’s wishes, head coach Shane Shewmake believes that, through Hamilton, the program — from the coaching staff to the players — can learn a lot of invaluable lessons.

“Our guys go through practice and games and sometimes they don’t have a whole lot of adversity,” he said. “Obviously, (Hamilton) has been through a lot of adversity in a short amount time. I think he has a lot to teach our guys about just getting through life with a positive attitude.”

Seeing something like this put together for her son is something that Grant expressed a lot of gratitude for.

“It means the world to us,” she said. “It’s only us and our son. Of course we love our son, so we’re happy to do it. But the motivation for anybody else to do it is really special.” 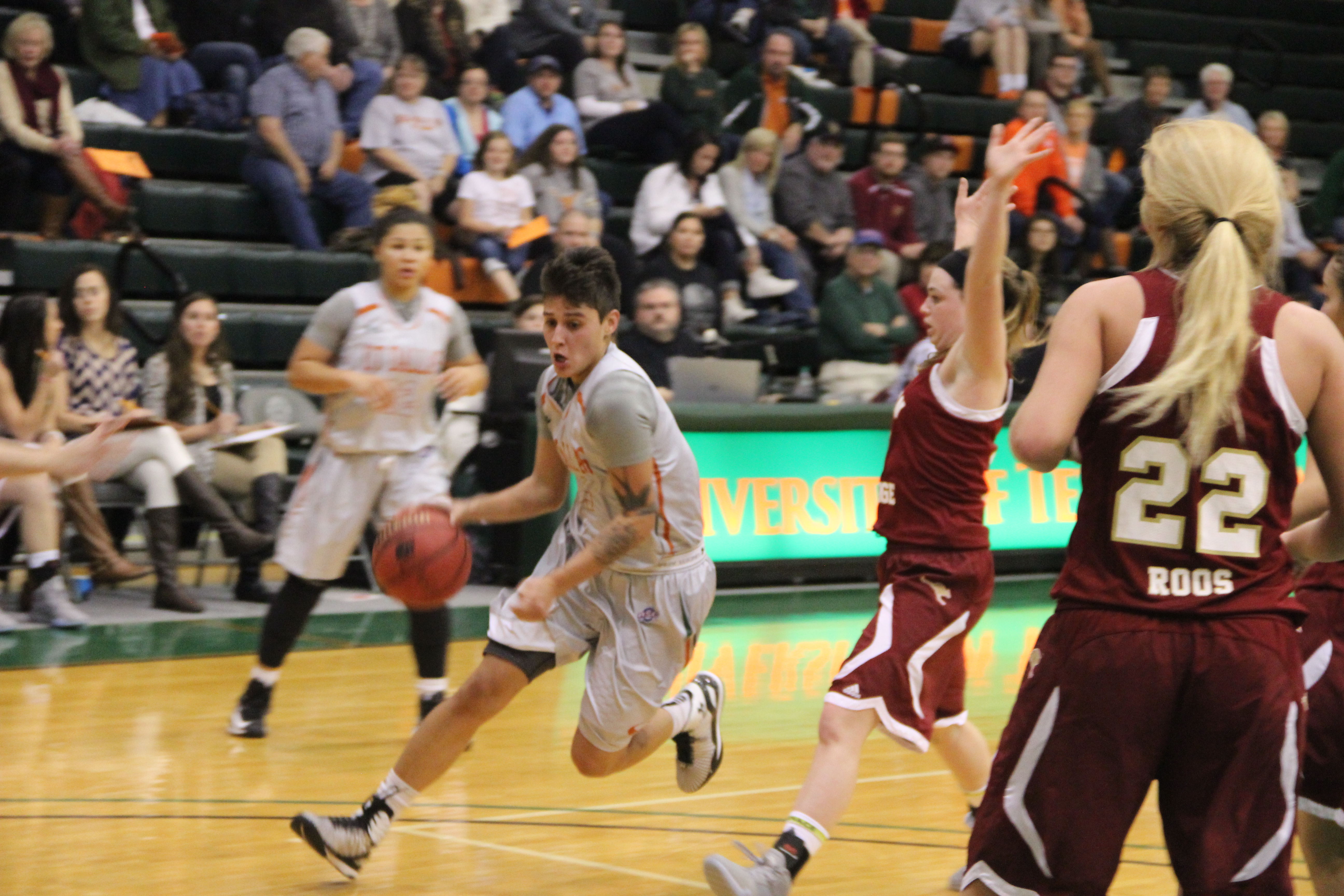 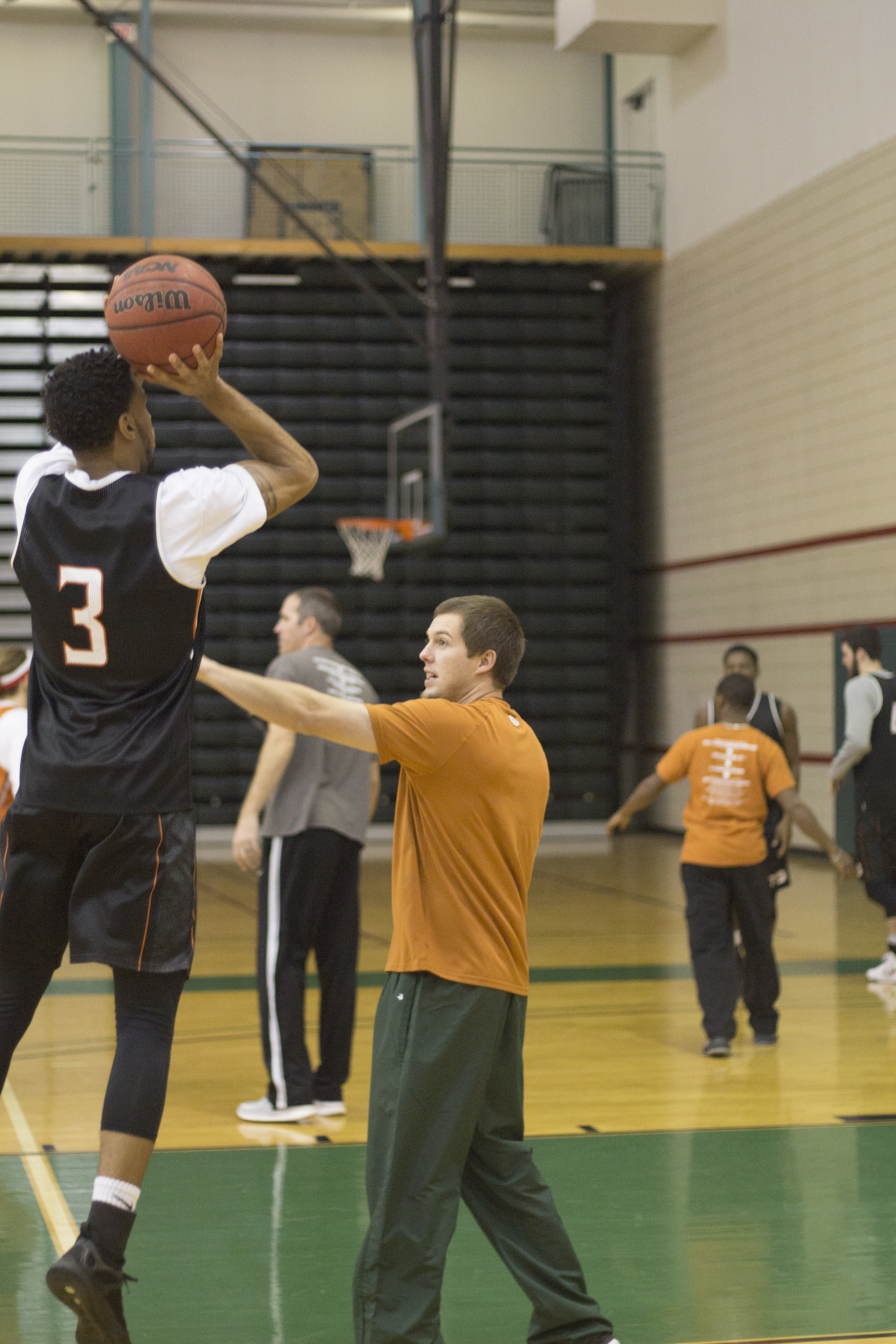