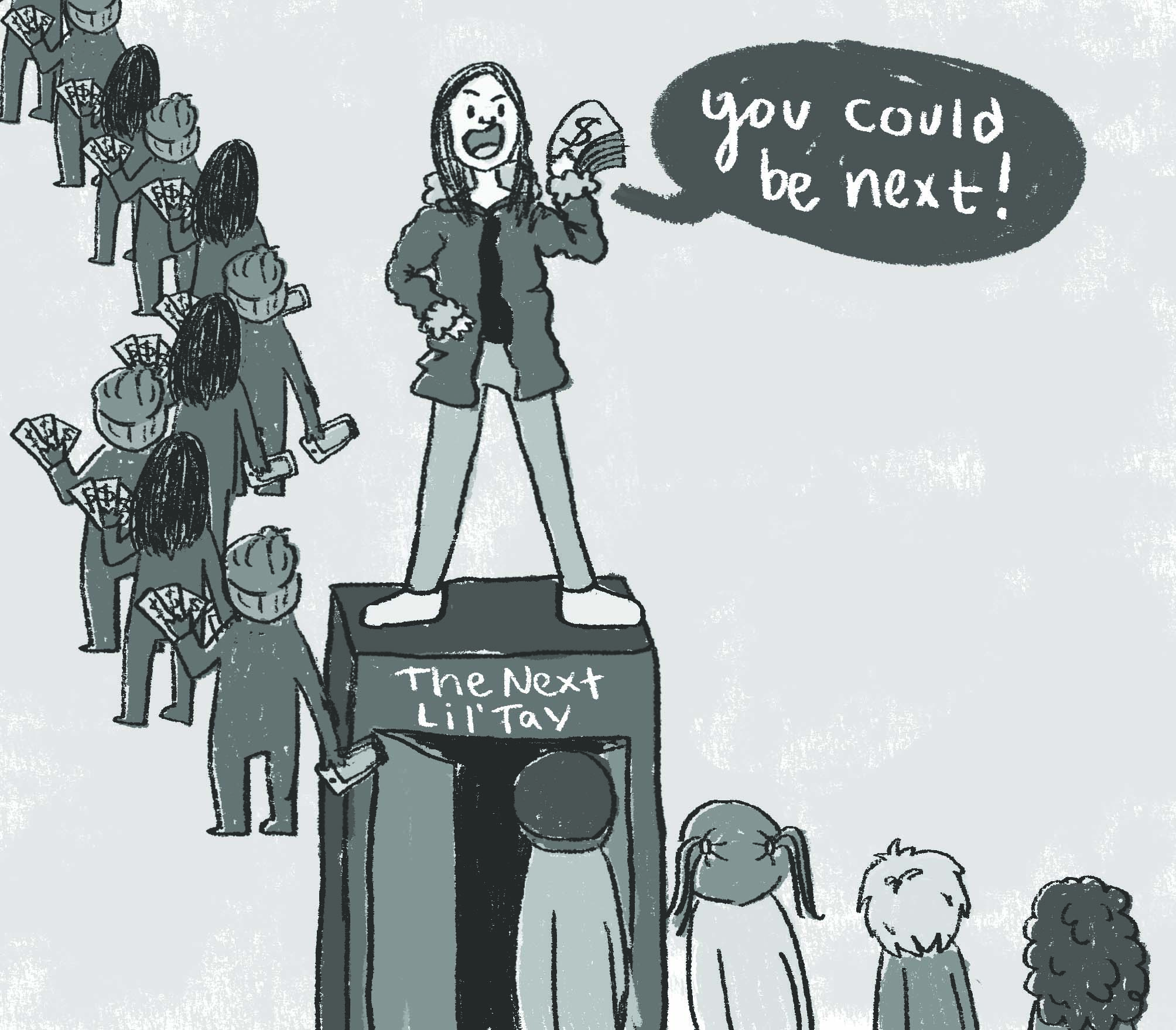 Child actors and influencers are subject to public scrutiny as a result of media sensationalism and social media networks. While seeing child actors all over news articles and videos is nothing new, our increased attention on them is giving rise to a new problematic phenomenon – children who rise to fame through social media.

It has become exceedingly easy to become famous on social media because of how available it is. Whether it’s through a hilarious set of six-second “punny” videos, aesthetic-looking shots of beautiful people, endless memes or funny video blogs, gaining fame is now so easy even a child can do it. However, because of the internet’s tendency to sensationalize almost everything, some people have found a way to exploit these children’s newfound fame.

The former Instagram star Lil Tay — only 9 years old — was known for using expletives on camera such as the n-word and bragging about her expensive mansions and luxurious cars that she didn’t actually own. Her mother, Angela Tian, a suburban real estate agent, lost her job after her boss’s car was featured in one of Lil Tay’s clips along with five of the homes she was selling. INSIDER confirmed that both her mother and brother pushed Lil Tay to act the way she did in the videos, though many internet users thought she was performing of her own will. Then, on June 4, several of her social media accounts — including Instagram — were wiped clean.

It’s easy to think that Lil Tay brought this on herself. However, in giving these kids so much attention, we imply that being explicit is permissible to parents such as Angela Tian, who thought her daughter was doing a good job because of all the views she garnered. Because things go viral overnight and instant fame is now more accessible than ever, people are starting to think it’s okay to film and post “cute” videos of their children or siblings. While it seems relatively harmless at first glance, we promote the mentality that children can do or say anything on camera to get rich and famous, regardless of any talent or skills.

These famous Instagram stars may not even own half the things they’re bragging about in their videos, but because we feed into their online personas, these stars actually do end up owning expensive clothes, homes and cars. Danielle Bregoli, commonly known as her Instagram username “Bhad Bhabie,” gained infamy because of her controversial phrase “cash me outside, how bow dah” and her offensive behavior on television as featured on the talk show “Dr. Phil.” The public seemed to be entertained by the character she portrayed, and she quickly became a popular rapper with songs receiving millions of views. According to TMZ, Bregoli is even looking into acquiring her own reality TV show. However, it’s important to remember that Bregoli’s career advanced because of the attention she received for being aggressively offensive as a 13-year-old. This is not how we should run the entertainment industry.

It’s all part of a cycle. Now that Lil Tay has disappeared from the public eye, there’s only so little time before the next “Lil Tay” goes viral. Ironically, it is as if she and other influencers like her have become role models for Generation Z. Sensationalizing the online behavior of child stars and the incredibly tactless things they can do to get attention, fame and money is part of an increasingly dangerous media culture we’re promoting. We’re rewarding offensive behavior with the attention they crave, and although we love to hate these kids, we continue to encourage their antics. We constantly reward these kids with views, likes and shares to the point where it seems viable to perform outlandishly and obnoxiously on social media as a career. What’s the next thing that will go viral? How far will this generation go to get those views, and later, wealth and fame? The sooner we become aware of our influence and constant attention on these rising social media stars, the sooner we can end this dangerous exploitation of children in the future.