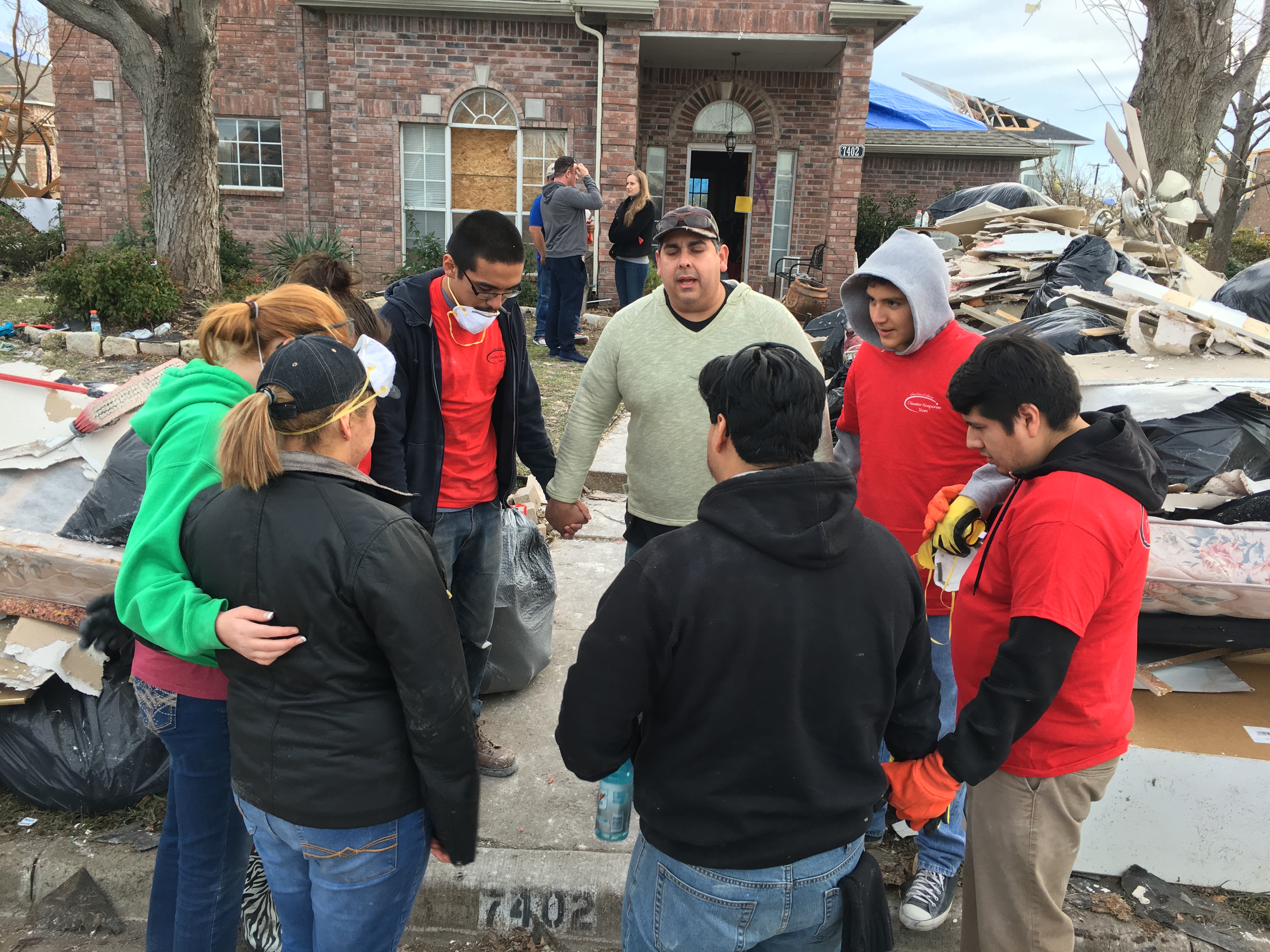 When John Rivera and his family first heard about the tornado that struck their home on Dec. 26 in Rowlett, they were out of town at his father’s house. That distance, however, couldn’t spare them from the destruction the storm brought to their lives.

The Riveras’ house was one of the many that were struck when a series of tornadoes wreaked havoc in DFW just one day after Christmas. Rivera left his dad’s house soon after his neighbor called saying that their homes had been hit, but the journey back was far from normal.

“I had to drive an hour to get to Rowlett, and then it took me two-and-a-half hours to get from Rockwall to my neighborhood because the police had it closed down because of gas leaks and possible looters,” he said.

When he finally got back home, Rivera saw nothing but houses reduced to rubble and he feared the worst.

Luckily, although his home had been badly damaged, it was spared the fate of others.

Still, Rivera was shocked by everything that had happened.

“It’s a one in a million chance your house gets hit by a tornado,” he said. “You see it on TV — you just don’t ever expect it to be you.”

He said seeing the damage that the tornado did to his house and neighborhood is the hardest thing he has ever gone through.

Rivera couldn’t sit and dwell on the situation or he said it would break him down. After spending years as a contractor as a side job, he knew enough to get started. He got to work and began to focus on salvaging what he could from his house.

His insurance wouldn’t cover the costs of all the repairs, so Rivera focused on tearing out all of the insulation and sheet rock to prevent rotting of the structure. Even though the repairs were minimal compared to others, they still amounted to over $140,000.

Around the neighborhood, there were signs of people coping with the disaster in different ways. One family had spray painted “God is good all the time” on what remained of their front wall. Others gathered on the street corners and reminisced about what happened the night the twisters came.

What was common for everyone, however, was the overflow of relief workers and volunteers who were in the streets helping with the clean up. People from all around the metroplex came and did whatever they could to salvage and repair the homes and belongings.

This was one of the things that surprised Rivera the most.

“It was very overwhelming and comforting,” he said. “At first it was hard to accept (the help). I’m a very prideful man. I’ve always done things on my own … I quickly realized that this is God helping me. These are God’s children opening their hearts and showing me love.”

He said the community, friends and family who showed up to help are what got him through the first week of recovery efforts, where Rivera was pushed to the limit running the repair operations of his house.

“My whole life over the last 20 years led up to this week,” he said. “All the experience of managing people and learning how to communicate and having the patience to explain how we needed to do things and be a director, you know, it really paid off.”

As Rivera and others like him try to move on with their lives, there are many obstacles that still stand in the way. Day-to-day life is going to be different as his family returns to work and school, all while the repairs to the house are being done.

He said he will have to stretch his budget as the repairs are made and he pays for temporary housing for his family. Although he was able to find a rental house not too far from where his home is that he can rent for six months, other residents have not been as lucky.

Rivera said there are many houses available that are only being rented out 12 months at a time, which puts displaced residents at a disadvantage if they finish their repairs before then. He said it could lead to a situation where people end up paying two mortgages at the same time.

“We need to get the word out that these investor groups, these rental companies need to be a little accommodating for some of us,” he said. “I wish I had an unlimited bank account. I wouldn’t care, but I work every day for every dollar I get and I’ve got to make it stretch.”

Still, despite the uncertainty on the road ahead, Rivera has shown resilience. He said he has told his family to keep their heads up and keep moving forward.

“This is just temporary, life moves on,” he said. “We’re Mexican. We’re going to fix this. This is not what defines us, it’s how we behave and act that defines us.” 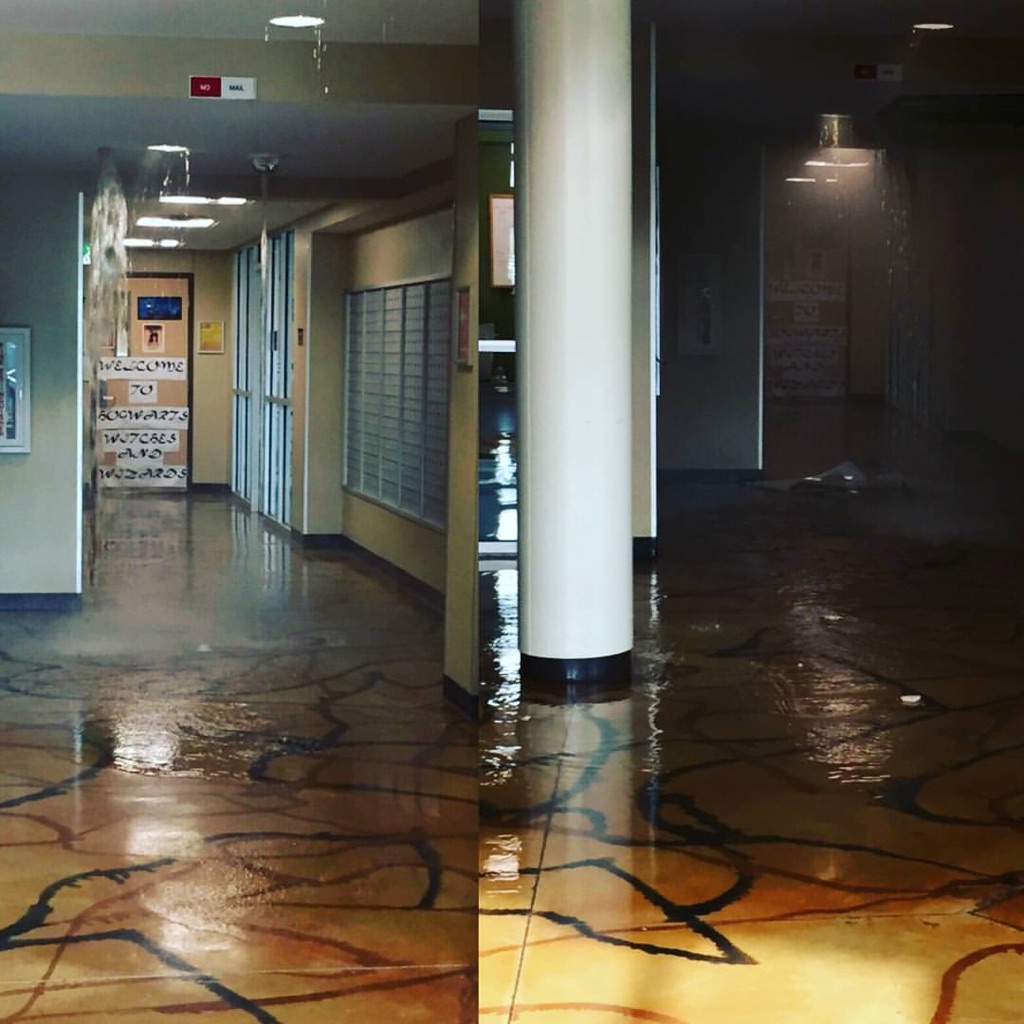