Editor’s Note: The name of Brian was changed to protect his identity.

Brian remembered waking up with the side of his head pulsing. He sat up and touched his eyebrow and felt blood between his fingertips. Brian had just overdosed after smoking fentanyl, a highly addictive opioid medication that, when consumed in large quantities, can lead to death. Trying to blink the fog out of his eyes, Brian gathered himself from the floor and applied a butterfly Band-Aid to his eyebrow. He didn’t want to go to the hospital now.

He was 23 at the time. Now a senior at UTD, Brian is one of many students undergoing treatment for opioid addiction at the Center for Students for Recovery amidst the wider, ongoing opioid crisis across the nation. Data released by the National Institute on Drug Abuse in February revealed that while opioid-related deaths in Texas occur below the national rate, the number continues to rise. Fentanyl-related deaths in the state have increased by 60 percent since 2010.

“It was just something that my friends were doing, and it seemed interesting to me. It started with just smoking weed and drinking. And then, I don’t know, I’ve just always been kind of willing to try anything,” Brian said. “But I don’t think me trying drugs was anything different from what anyone else would do. I just reacted differently.”

Brian was 13 years old when he first started drinking and abusing drugs. He developed an addiction by the time he was 15.

“(I) lost all my friends, really. Everyone who I really cared about didn’t want to hang out with me anymore,” Brian said.

Throughout high school, he drifted between education systems. Starting at a public school, he was later relocated to a wilderness treatment program because of truancy and drug issues. Later, he was transferred to a therapeutic boarding school and then a private school.

“I went to college my first semester in Arkansas and my drinking really picked up. I went to Austin to try to get away from it but it just got worse,” he said. “And so, for probably the next 6 years, I tried to go to school, like, a bunch of times, but I kept dropping out the first semester and missing classes.”

Opioids are potentially fatal because they are respiratory depressors, slowing down breathing and heart rates. Fentanyl is a particularly potent synthetic opioid that became available to the public in 2016. Originally meant to be used as a pain medication, the drug is now at the center of a national debate about how to effectively address opioid addiction while balancing its need for pain management.

“My parents, they cut me off a long time ago. Toward the end, they wouldn’t take my calls anymore. Because they were afraid that they would get a call saying that I had died,” he said. “They just wanted to distance themselves because it was too painful.”

The CSR promotes the use of Narcan, a nasal spray that reverses the effects of opioid overdoses, by offering training sessions for community members on how to recognize overdoses and use the spray. Other campus groups such as the university’s student-run EMT program have also received authorization to carry Narcan.

What prevents addicts from getting help, Brian said, is the fear of stigma that comes with admitting to addiction. One in four college students has admitted to abusing a prescription opioid, according to the National Survey on Drug Use and Health, and about 300 fatal overdoses occur on college campuses per year. Maya Bauman, a CSR staff member, said parents of incoming students increasingly approach the CSR during move-in week to ask if there’s an opioid abuse problem at UTD.

“There’s a drug crisis everywhere. It’s a problem,” Bauman said. “But there are solutions.”

The CSR offers a 12-step addiction recovery program for narcotics abusers through a program with Dallas Area Narcotics Anonymous, which itself is an umbrella organization for several, smaller community support groups throughout the metroplex.

“(UTD) does a better job than any other school that I’ve seen, that I’ve been to. I think that probably we could always do more, really,” he said. “But we should definitely be educating people more.” 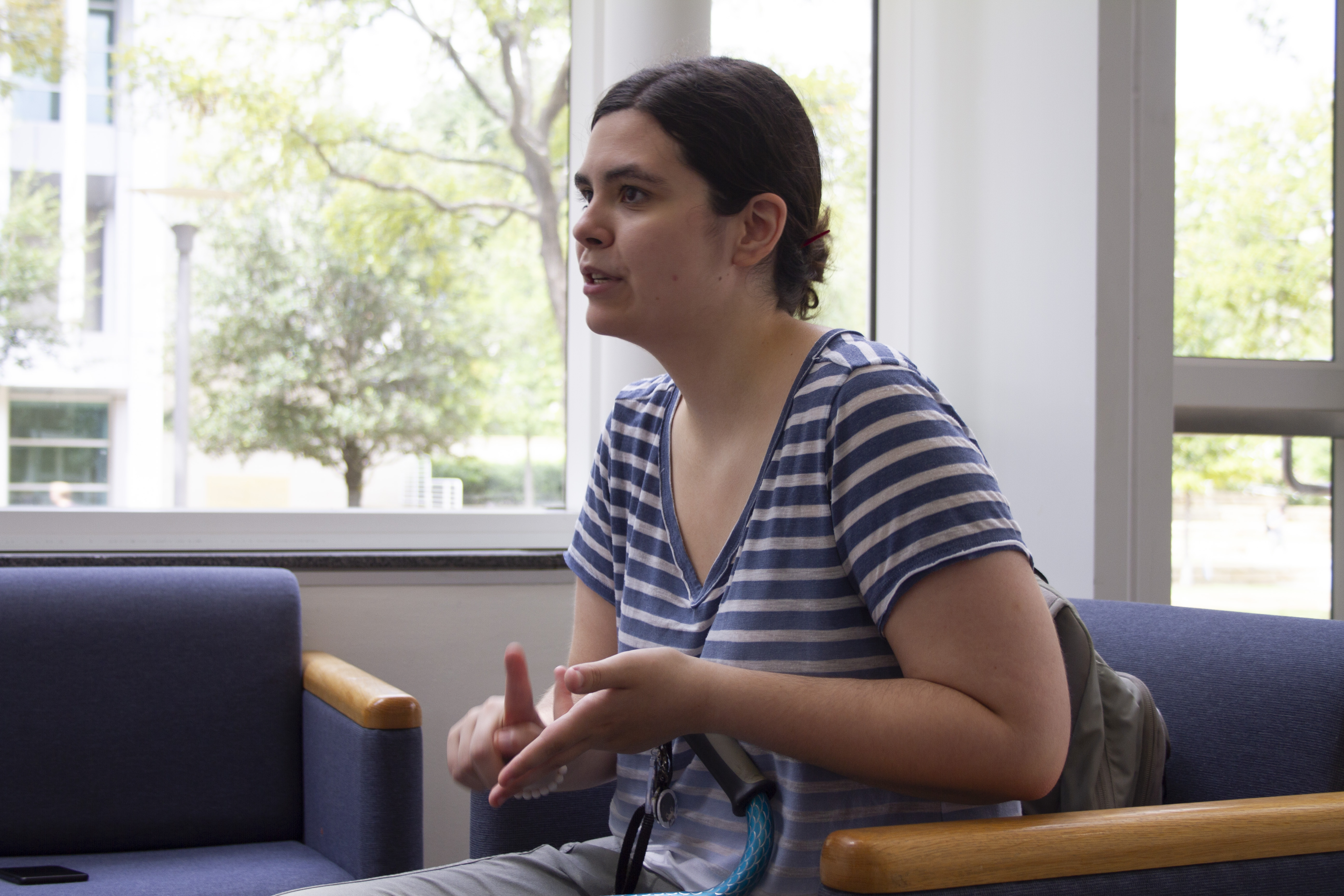