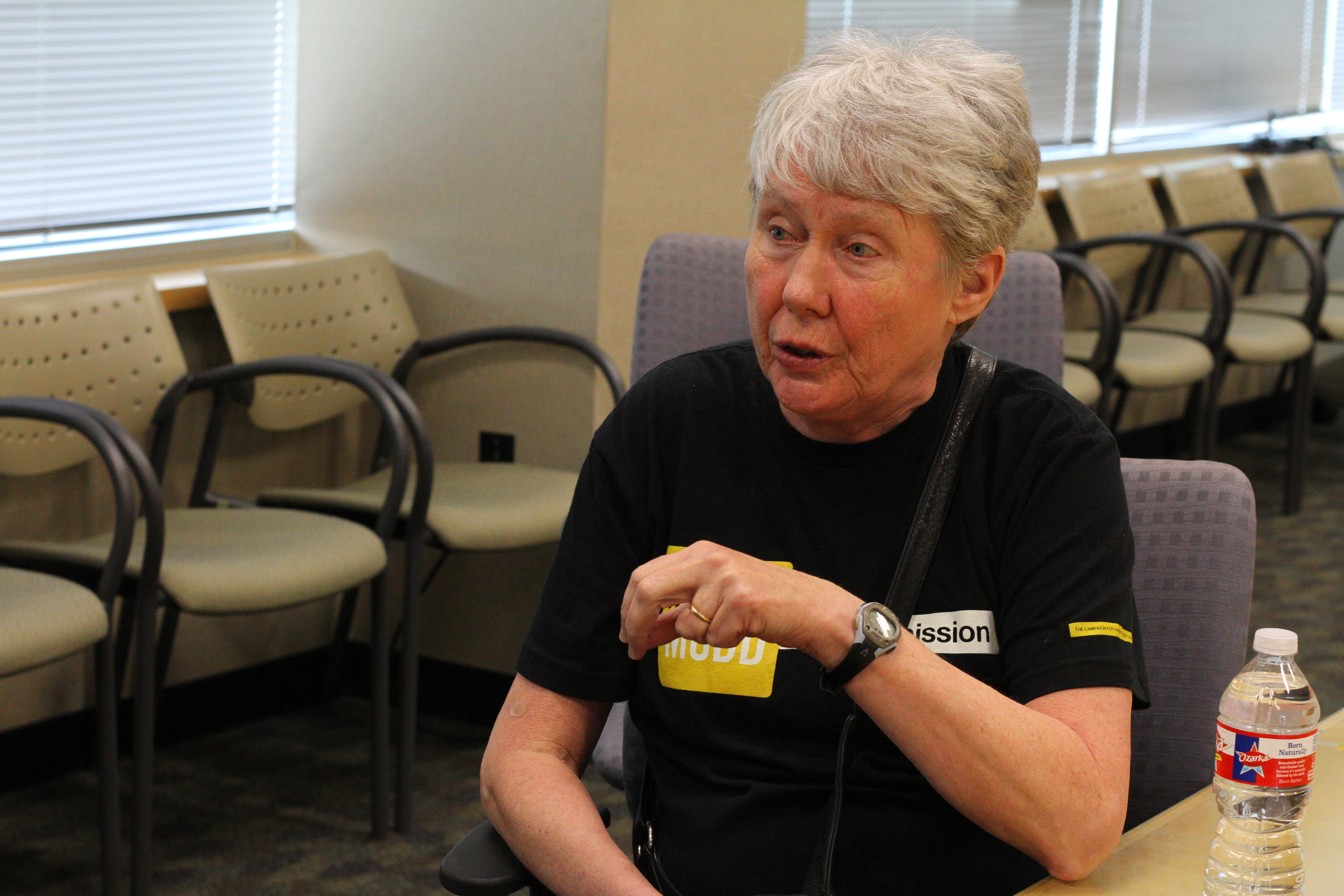 Correction: In an earlier version of this article, Maria Klawe’s name was misspelled. The Mercury regrets this error.

On April 8, Maria Klawe, the president of Harvey Mudd College in Claremont, Calif., gave a lecture on the importance of recruiting more women into the tech industry as part of the Department of Computer Science’s Distinguished Lecture Series . Klawe, who was ranked 17th on Fortune’s 2014 list of the World’s 50 Greatest Leaders, has spent a large portion of her career as an advocate for women and other minorities in the STEM field. The Mercury had an opportunity to talk to Klawe and get her take on why what she’s doing is so important.

How did you get involved in working in tech?

Klawe: So my Ph.D. is in mathematics and then (I) went back to grad school to do a second Ph.D. in computer science shortly after I finished my first one and never finished it. I got tired of the computer science department 10 months after I started, so I’m both math and CS and most of my research is in theoretical computer science, but I’ve also worked in areas like gender issues with computer and video games, educational technology, assistive technology — so lots of different things.

From what you’ve seen, why aren’t women going into the tech field in large numbers?

Klawe: I think it’s very straightforward. One, they don’t think they’ll like it. Two, they don’t think they’ll be good at it. And three, they don’t like the image of computer scientists and they don’t feel like they would be happy working in that environment. It’s relatively easy to fix because all you really need to do is, first of all, make it interesting, secondly, remove the intimidation factor so they can learn that they actually are good at it and three, build community for the women so they feel that they are part of a community and they enjoy what they’re doing.

So I guess to have that community, you have to first have women within the industry that are laying the groundwork for others to come in.

Klawe: Yeah. When I arrived at Harvey Mudd, the computer science department had already started trying to attract more women to the major, but we’re about 10 percent female in the major. The average across the country is about 14 percent. We changed the intro course to make it much less intimidating and more interesting, but we also started taking our female students, particularly first year students, to the Grace Hopper Celebration of Women in Computing. What we knew is they would go and see thousands of women who are happy and excited about their technology careers and they would come back realizing there were lots of women in the field. Each year, we take between 40 and 60 of our students to Grace Hopper and that’s a lot because we only have 800 students in total. But it only took us 10 years to move from 10 percent female to 40 percent female in the CS major.

Klawe: We’re a little between 40 and 50. So we have three CS programs. One is CS, one is a joint CS/math program and that tends to run about 30 percent female and then a joint CS/math-bio program that tends to run two-thirds female. And the CS program itself will be anywhere from 40 to 55 percent female. So the overall mix tends to be 40 to 55 percent female. The deal is that if you can start changing it, then the experience that every student is having is, “Oh, yeah, it’s fine for women to be here.” And they don’t know that within the tech industry it’s different, but at least for the four years they’re at Harvey Mudd they’re feeling like, “Yeah, of course women do this!” And of our 14 faculty, six are female, so they’re seeing it among the faculty as well. So their entire sort of idea of what it’s like to be a CS major is, “Yeah, that’s something women do.” But we’re also the same in engineering, between 40 to 55 percent female in our engineering program and this year more than half of our physics seniors are female. It’s basically gotten to a point where you can major in anything and people wouldn’t think it’s weird that you’re female. Now we’re working on race. That’s the next one.

So has that been one of your big goals, is changing that culture there?

Klawe: Yeah, for sure. I mean, my primary life goal is to change the culture of science and engineering so it’s welcoming for everyone: people with disabilities, LGBTQ, just everybody. It’s not so hard to change one institution, but the question is how do you actually scale so that it affects institutions more broadly? One of the reasons I’m at Mudd is that I think it’s a great place in terms of changing relatively rapidly because they’re a relatively young institution. This is their 60th year, and from day one they’ve been committed to innovation. And so if you’re at a place that has always been trying to make science and engineering education better, it’s a place where, if the community decides that they’re interested in doing something, they can do it much more quickly than a place like Princeton, which 260, 270 years old. It’s a place where it’s easier for change to happen. The second thing we’ve been really working on is how do we scale to other institutions? Right now we’re doing that in computer science with a project called BRAID, which we do jointly with an Anita Borg-organized institute, which is the organization (that) runs the Grace Hopper Celebration. And the idea of BRAID is to take something that worked well at a number of different institutions that have tried to increase the number of women majoring in computer science and then try to replicate that at a group of other institutions. Mostly public, some very large, some much smaller, but see whether you can replicate it at a more diverse set of institutions, so that’s what we’re doing right now.

It sounds like Harvey Mudd is a lot like UTD in that they’re both young institutions trying to move forward with tech in all aspects. So for students here who feel like the CS and tech industries are too hard to get into for a number of reasons, what would you tell them?

Klawe: So the reality is that tech companies really want to hire women and also people of color. It’s still true that the culture that you encounter once you’re actually in it, there’s going to be a range of challenges and opportunities. So one of the things I would say, you know, first of all create a network of your peers. First of all, create a good support group for yourself. Make sure when you’re interviewing that you actually get a sense of what the culture of the place you’re going to go to is like, because it varies greatly and I know that for both our male and female students they tend to want to go to companies that are committed to diversity. Because they come from Harvey Mudd, one of the reasons they may have decided to go to Harvey Mudd is because we’re very committed to diversity. And then what I would say is don’t let anyone discourage you. Stick with it.

For more info on Klawe, read the press release from the Department of Computer Science linked below. 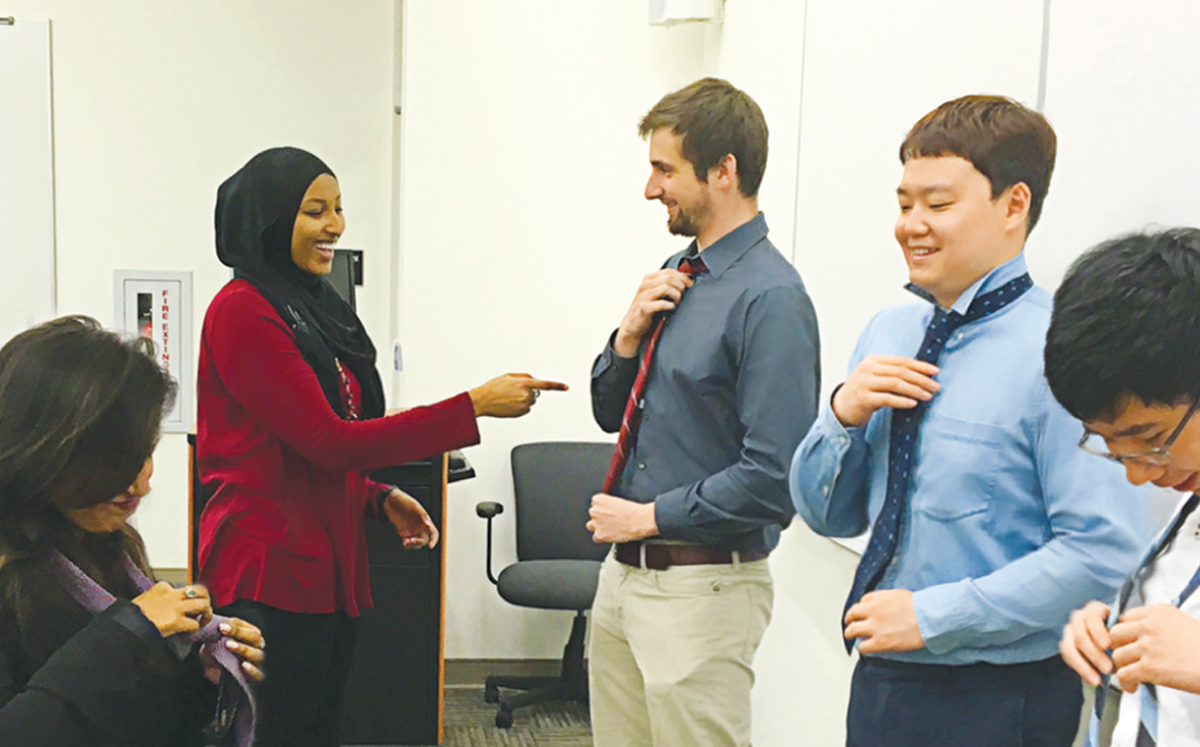