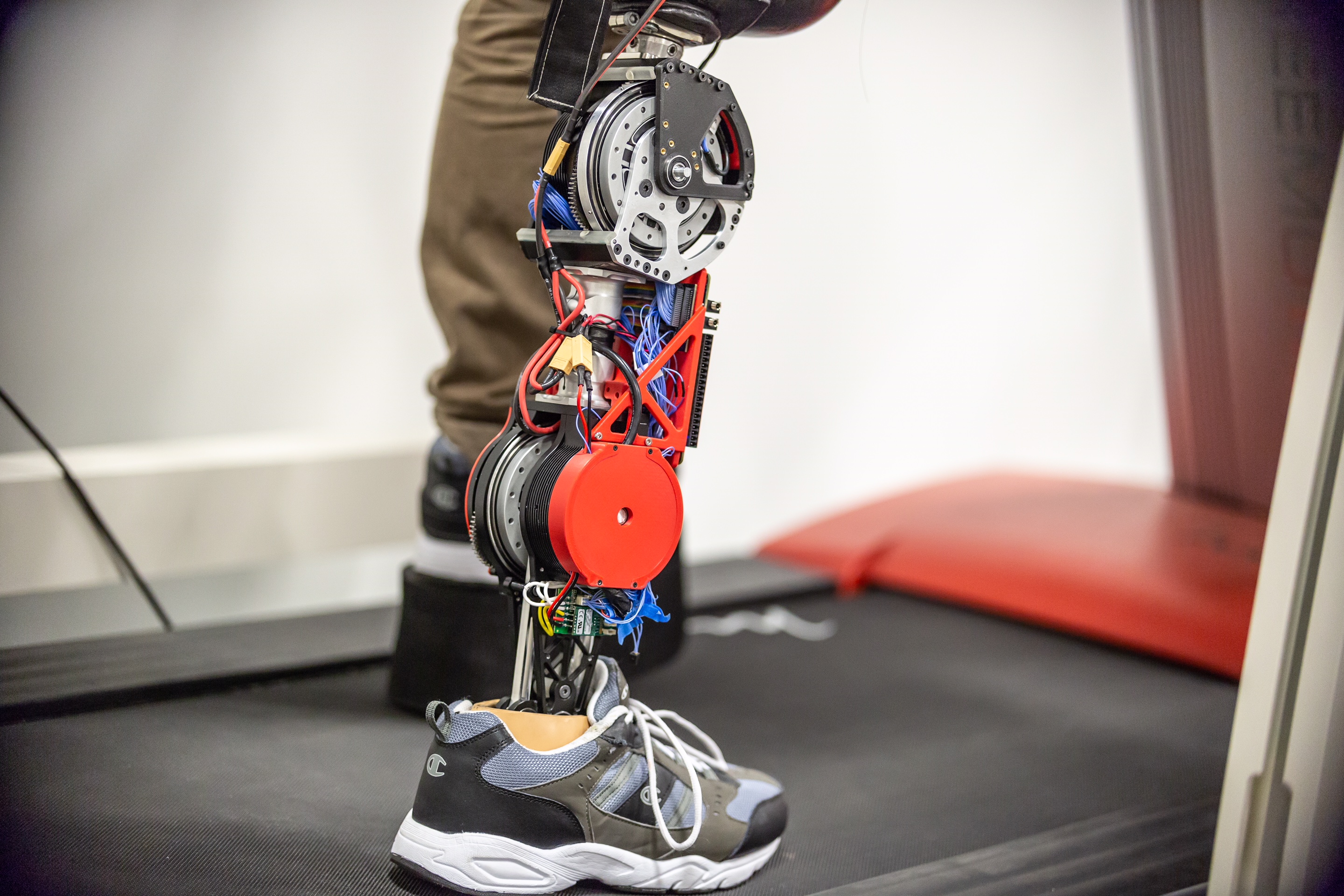 A robotics lab at UTD has managed to make its new prosthetic leg stronger and quieter and is ready to move on to the next stage of testing.

Currently situated in the ATEC building, the Locomotor Systems Lab has recently made advancements in its new prosthetic leg which allows users more control while not wearing them down or subjecting them to the noise of loud motors. Instead, the new prosthetic has replaced the existing motor with a quieter, electric one and sensors that connect from the hip to the device, allowing it to work with the user and giving them more direct control. Currently headed by Robert Gregg, an assistant professor of bioengineering and mechanical engineering, the lab has been working on the prosthetic development for several years. Since its establishment in 2013, the group’s focus has been the creation of practical exoskeletons and prosthetics for use in real-world applications, through funding from grants from the National Institutes of Health and the National Science Foundation. The progress on the prosthetic has moved forward with the help of research assistants such as Edgar Bolivar, a mechanical engineering doctoral student, and David Allen, a mechanical engineering graduate student.

“The lab has a good balance between software, hardware and research,” Bolivar said. “There is a space for everyone here.”

Their current prosthetic, intended to help people missing limbs above the knee, has moved to a new stage of physical testing. Existing prosthetic limbs act like a stump and put a considerable amount of weight on the wearer’s leg, making users tired after wearing it for a certain amount of time. The original versions of the Locomotor Systems Lab prosthetic lacked the ability to properly conform to human joints from a biomechanical standpoint, meaning the user had to plan their every move. Gregg attributed this issue to a lack of understanding on how human joints worked.

“The problem comes from synchronization,” Gregg said. “Think of every joint having its own clock, and if you’ve ever been in a room with multiple clocks (that are) not all synchronized, that could be like the joints.”

Gregg said after further testing, it was discovered that the joints synchronized better than expected, allowing the new knee-ankle prosthetic to have more user input and control using advanced sensors which connect the prosthetic to the hip, allowing the hip to control the prosthetic like a crank. The user then has the ability to move freely, while the motor inside prevents the user from getting too tired while wearing it.

It also runs quieter than previous versions, as the original sound of the brushless motors inside were comparable to that of a vacuum cleaner. Advanced motors with higher torque and a lower gearbox inside the prosthetic act like electric car engines, maintaining enough power to keep the leg running while still remaining silent.

“Our first-generation prototypes were used to supplement muscles with electric motors, adding a variable stiffness element,” Allen said. “Now we’re at a place where artificial muscle technology will replace the electric motor acting like a real muscle.”

The next iterations of the device will go through intense trials focused on mobility and practical applications of the leg. Future tests with the new prosthetic will include scenarios relating to stair climbing and running.

“We have so many new features we’re adding into the next generation to make it viable,” Gregg said. “That’s been our main focus in the lab — making it accessible and practical for the user while not sacrificing its ability to properly function.” 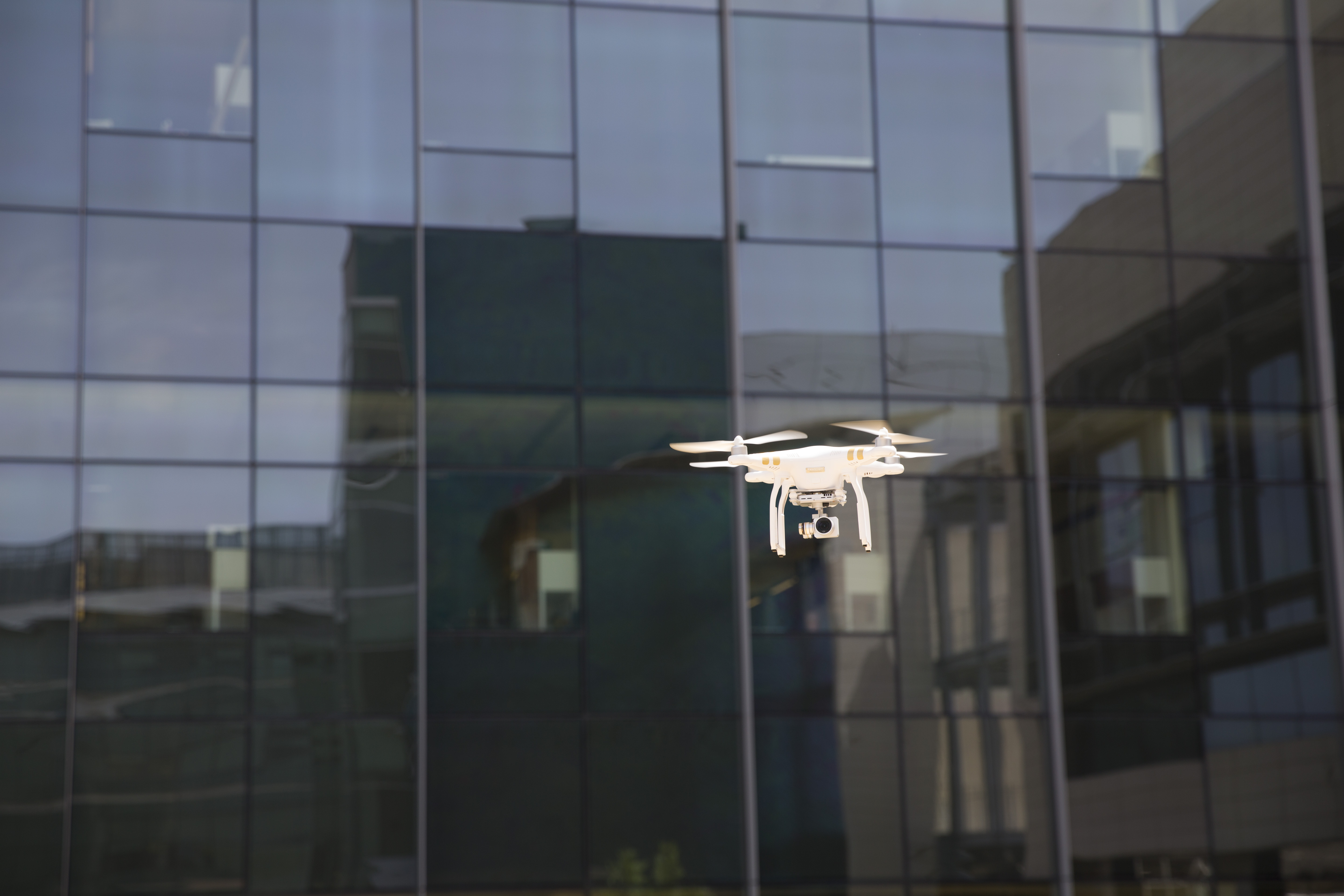