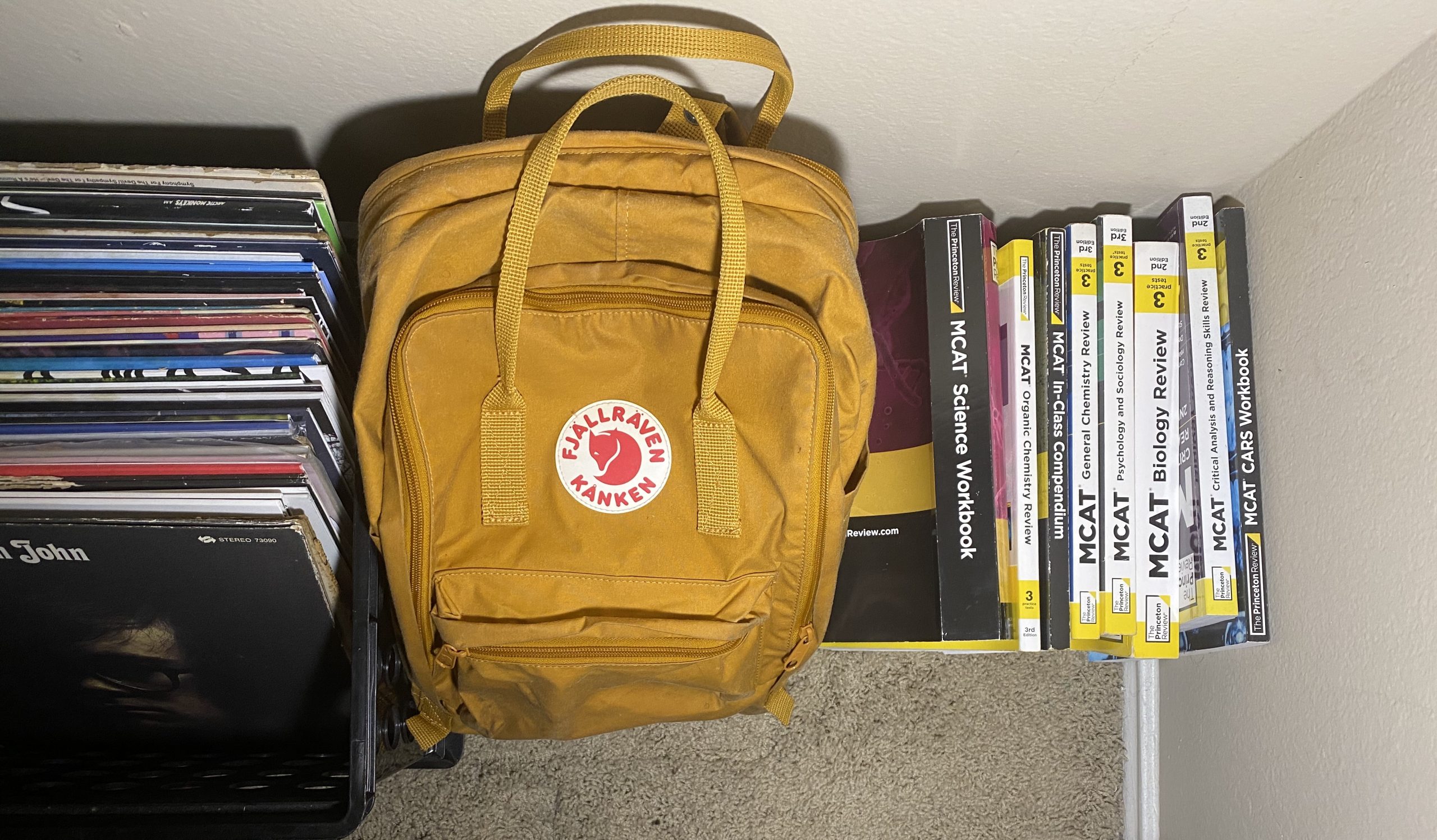 Pre-law advisor Barbara Kirby said it’s important for students to realize that the COVID-19 pandemic is affecting everyone and law schools will adjust. Photo by Cindy Folefack | Editor-in-Chief

UTD recently announced that undergraduate students have the option to consider credit/no credit grading for their spring 2020 classes. Students considering medical or law school face a dilemma to take CR/NC or have a lower GPA.

Under the CR/NC option, students must earn a C or better in a class to receive credit.

Pre-medical students need to maintain a competitive GPA and CR/NC courses are not factored into it. In response to the current situation, Texas medical schools updated their policies on the Texas Medical and Dental Schools Application Services website.

“TMDSAS member institutions have agreed to accept all courses graded as pass/fail or credit/no-credit as equivalent to graded courses during the COVID-19 pandemic, specifically the spring 2020 academic term (including winter 2020 quarter term),” read a statement on TMDSAS’s site. “Member institutions will continue to review candidates utilizing a holistic, individualized review process, considering candidates based on the totality of their academic career.”

the change to online classes won’t have much of an impact on lecture classes, but will change how labs will work.

“Lecture classes require you to self-study, so watching a recording of a video and taking notes isn’t much of a change,” she said. “Labs are a struggle because they’re hands-on, and students can’t do the experiments. They’re given results of the experiments and have to do their labs based on that.”

Molding Doctors hosts Simulated Admissions and Normalized Interview Center, a week-long mock medical school interview process that includes workshops, speaker events and traditional interview practices every year. This year, the event was moved online. Although some parts of the event will no longer take place, Eldin said that there is an unexpected upside to the change.

“Every year, we fly down Adam Howard, who is a UTD graduate who is now a medical student at (the) Mayo Clinic. This year he couldn’t make it obviously, so he’s doing all his stuff online. He also is doing one-on-one sessions with students about their applications,” Eldin said. “This year, the event is open to everyone, not just Molding Doctor members, and we’ve had a lot more RSVPs.”

Doyen Rainey is the interim director of UTD’s Health Professions Advising Center. He said he doesn’t think the situation will affect competitiveness at medical schools.

“I do think it will affect how many schools you can apply to,” Rainey said. “At a school that says they’ll accept it, I don’t expect any sort of prejudice against (CR/NC). But unless more schools chime in and say that they’ll accept credit grades, then, you know, as of today, a person is only applying to half the schools that they could be applying to.”

While all TMDSAS member schools and all schools in the American Association of Colleges of Osteopathic Medicine have announced that they’re accepting P/F and CR/NC grading as equivalent to letter grades, schools using the American Medical College Application Service have yet to release a similar joint statement, leaving the decision up to individual institutions.

Rainey said he would recommend students take CR/NC if they’re far enough along in their prerequisite chain that they’re taking upper division science.

“Anything that’s not a medical prerequisite would have no problem at all taking as CR/NC, so lots of neat elective courses like ethics and health care management and stuff like that,” Rainey said. “You can take CR/NC with no second thought from a medical school. So, it’s a great time to take advanced sciences and medical related non-sciences.”

For students still unsure of what to do, Rainey said he strongly recommends they use the pre-health website, which includes updates from medical schools and frequently asked questions, and if that doesn’t answer their questions, they can reach out through to HPAC through email.

Pre-med students aren’t the only ones trying to understand how the credit policy changes will affect their chances at higher education. Pre-law students also need to maintain high GPAs in order to have a better chance of getting accepted into a high-ranking law school.

Broderick Johnson is the president of the John Marshall Pre-Law Society and a mathematics senior who will be attending Yale Law School in the fall. He is considering taking CR/NC this semester.

“I’m definitely going to use it if it makes sense for some of my classes. It depends on where my grades shake up. You have until April 30 to decide, so for most of my classes I’ve only taken one out of my three exams, so there’s a lot of change that can happen with grades, up or down,”  Johnson said. “I didn’t know CR/NC existed before this. I wish I had. Being a math major interested in law, I took a lot of electives that I didn’t need to graduate. I wish I could’ve known about it so I wouldn’t have harmed my GPA in the past.”

Johnson has received messages from pre-law students concerned about how CR/NC will affect their GPA and admission chances at a law school.

“If students are unsure about whether CR/NC will affect their chances into a certain law school, the best thing to do is to directly contact the law schools,” Johnson said. “I’ve been in touch with a few, and they have all been understanding of the situation.”

Johnson has already taken the LSAT, but other seniors may have opted to take the March LSAT as their last attempt for fall admission. On March 16, the Law School Admissions Council announced March LSATs were postponed to April 25.

“In response to the growing COVID-19 public health crisis, LSAC announced April 7 that the April 2020 LSAT is canceled in all locations. To address the needs of candidates who want to test this spring, we will be providing an online, remotely proctored version of the LSAT, called LSAT-Flex, in the second half of May for all test takers who were registered for the April 2020 LSAT,” LSAC said on its website. “We are still working out the scheduling details and will announce the exact date and instructions for test takers no later than April 17, 2020.”

The Association of American Medical Colleges has not had a similar response with the MCAT.

On March 18, AAMC cancelled the March 27 and April 4 MCAT exams globally. Then, on April 10, all MCAT dates through May 21 were also canceled and the organization released a statement saying more testing dates would be added. Both the MCAT and LSAT are normally taken digitally, but are administered at a testing center with proctors and not remotely.

Pre-law students differ from pre-med students in that while they are encouraged by pre-law advisors to take certain courses, they do not have any pre-requisites. Pre-law director and advisor Barbara Kirby said students should consider classes for CR/NC that are outside of their major or are non-related electives.

“Ultimately, what the law schools are going to look at is your GPA. I think the most important thing is to protect your GPA,” Kirby said. “If you’re going through a lot this semester, if you’re under a lot of stress, if you have classes that aren’t really translating well to online, if you find you’re more proficient in the classroom than online, I think it’s better to shift to CR/NC.”

“I am on a listserv from the Pre-law Advisors National Council and pre-law advisors from all over have been talking to each other about what kind of advice we’re giving to students,” Kirby said. “A lot of law school admissions people have chimed in too, and they’ve all said ‘you know we’re not going to look on this negatively at all, we understand.’ They are going through tough times too because law schools are having to make a decision about some kind of CR/NC as well. They’re struggling with how to advise their students because a lot of times GPA and class ranking in law school determines the kind of jobs you get when you get out.”

Pre-law students in the next two admissions cycle are the most likely to be affected, but freshmen in their first semester may also have their GPA affected.

“One piece of advice that I’ve given pre-law students is that I know you think you’re going to remember everything a year from now when you’re putting (your) application together, but write yourself a little journal entry,” Kirby said. “Write ‘here are the classes I was taking, here’s what I was thinking about how I was doing in the class, here’s what some the transition was like and what I was experiencing, and here’s what I decided to do.’ That’ll be helpful when the time comes for you to put something in your admissions file about why you made the choice you did.”

Kirby said that it was important to remember that the current pandemic is affecting everyone, and to help where you can. Doyen made a similar statement.

In the fall, current seniors plan to start medical or law school. For the remaining pre-law and pre-med students at UTD, Eldin offered a piece of advice.

“Watching mental health is really important. The number-one priority is making sure you’re okay,” Eldin said. “It’s tough to go through this alone; it’s tough to go even with other people.”