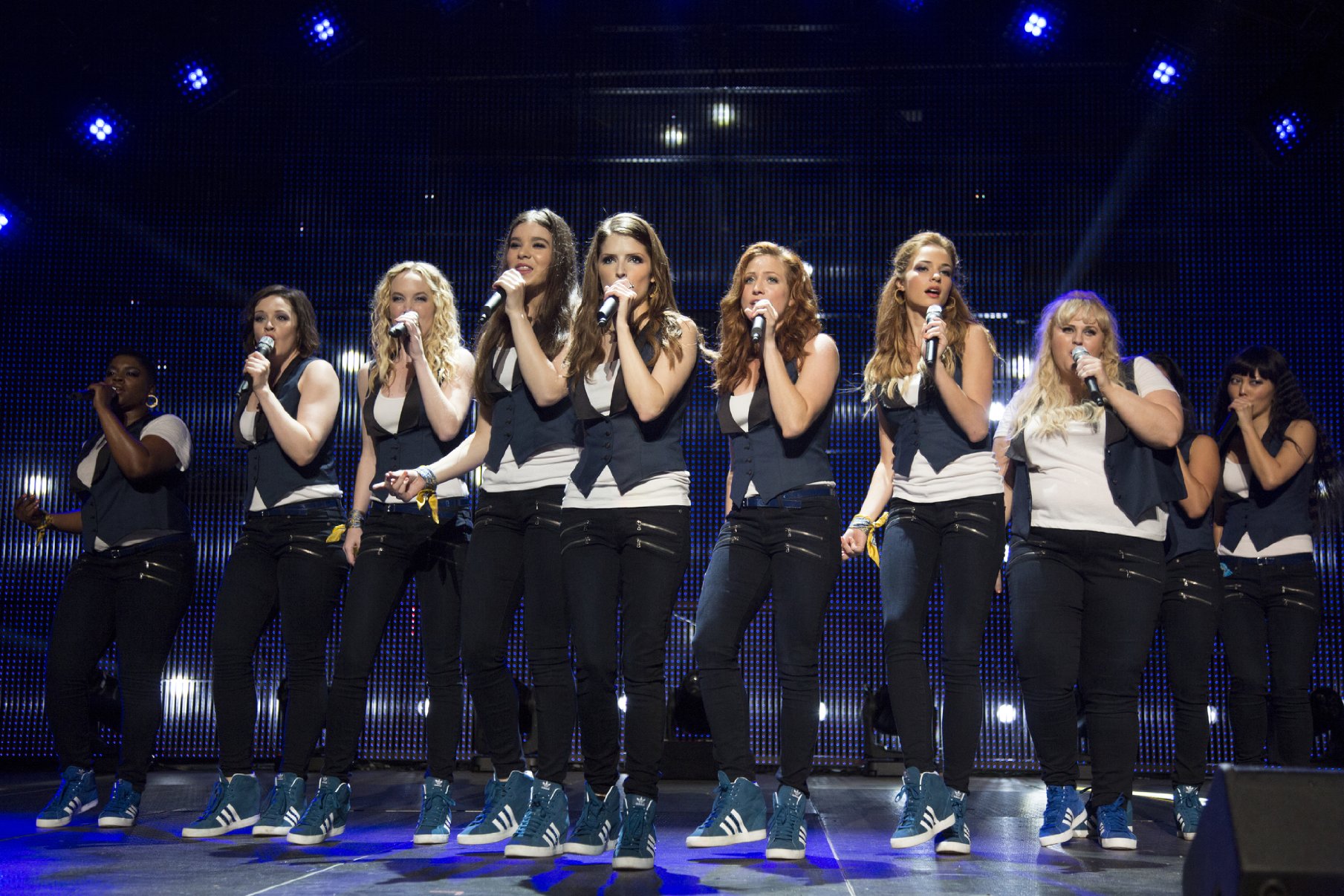 “Pitch Perfect 2” doubles down on its musical and comedic strengths, but as it attempts to be more serious, the film loses some of the fun campiness that was so essential to the first film becoming a hit.

The first “Pitch Perfect” film, directed by Jason Moore, was a surprise hit, given the subject matter. The film successfully made acapella singing competitions seem to have as much of a fan following as college football or March Madness. Furthermore, the movie demonstrated that a female-led film that was aimed towards women could be financially successful, grossing $115 million at the box office and $103 million through DVD and Blu-ray sales. “Pitch Perfect 2” hopes to capitalize on this success when the Barden Bellas, after being banned from competition after a mishap during a performance for the president, now have to win the acapella world championships.

Elizabeth Banks, the producer of “Pitch Perfect,” makes her directorial debut with the sequel. Most of the cast returns, including Anna Kendrick, Rebel Wilson, Brittany Snow, and Adam Devine. John Michael Higgins and Elizabeth Banks return as the sarcastic, cheeky announcers. Hailee Steinfeld joins the Barden Bellas as a freshman. Keegan-Michael Key comes on as a music producer that Anna Kendrick is interning for, and there are some other great cameos in the film too, headlined by Snoop Dogg and members of the Green Bay Packers.

The film seems like a directorial debut in some instances. The musical performances are heavily edited with lots of cuts, perhaps to fix these sequences in post-production. While “Pitch Perfect” had a conventional story structure, it was knowingly self-referential; in contrast, “Pitch Perfect 2” has almost exactly the same storyline as the first film without any of the cheekiness. Furthermore, the film loses some of the camp aesthetic and tone, both visually and in the script, which heavily defined the first film.

Undoubtedly though, the weakest part of the film is the script, written by Kay Cannon. While she (and Banks) should be applauded for having an almost completely all-female cast and for making the moment-to-moment dialogue funny, the overall thematic journey of the film and impact of individual scenes is lackluster. Whereas the first film’s climax involved a novel idea to further the Bellas’ success, the same drive isn’t present in the sequel. The idea that propels this film is how each of the main characters are going to move on after college, but is only barely explored. In addition, the movie tries to push Steinfeld into the forefront, but her character is never solidified or formed. She’s the weakest part of the film, but it’s unclear whether the character was lost in the performance or the script.

However, the film still works and is enjoyable because of its comedic base. The interactions between the Bellas and the rival German group (Das Sound Machine) are great, especially in the way Kendrick deals with the awkward situations. The minor, casual relationship between Wilson and Devine from the first film is brought to the forefront in “Pitch Perfect 2,” which gives more material for two great comedic actors to work with. There are some racist jokes present, which aren’t particularly offensive, but aren’t funny enough to justify their inclusion. There should be a Banks and Higgins’s commentary version of this film, as their interludes are some of the best-written parts of the film.

The soundtrack in this film also deserves recognition. There’s no doubt these songs will be a steady presence on music streaming services. The songs in “Pitch Perfect 2” were complex, better choreographed and more professionally made than those in the original movie. Unfortunately, there’s no standout like the cups song from the first film.

Ultimately, this film truly feels like it was made for the fans. Those who enjoyed “Pitch Perfect” will no doubt enjoy this film, even if it’s not as much. Those who didn’t have fun with the first one aren’t going to be caught by any new hooks in the sequel. “Pitch Perfect 2” is funny and its soundtrack will dominate the charts, but it doesn’t reinvent the wheel quite as well as the previous film.

As The Year Wraps Up