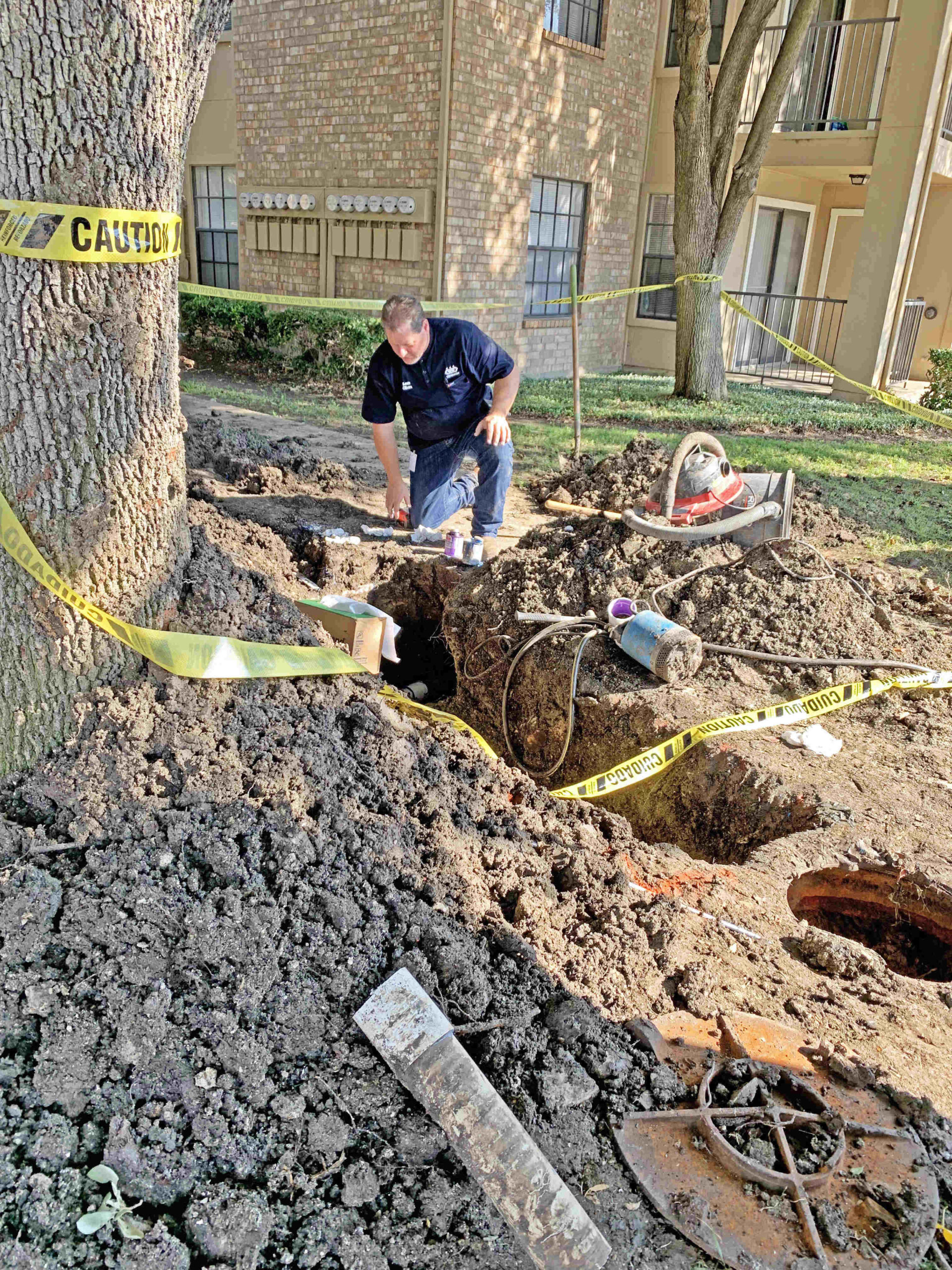 A hairline fracture in a piece of PVC pipe six inches in diameter was all it took to dramatically disrupt the daily routines of many Comets living in the Phase 6 University Village apartments.

There’s no certain answer to what caused the leak, which saw city water – which would not be restored to buildings 44 and 45 until after 6 p.m. the next day – turned off at approximately 11 a.m. on Wednesday, Sept. 29. But Andrew Lujan, on the scene of the repair in the parking lot behind Phase 6, gave one plausible explanation.

“We’re guessing tree roots, but we’re not completely sure,” Lujan said. “But, I was working in building 18 the other day, and it’s pretty much the same stuff: it’s just an old building. A lot of the problems you get are just that when a building is 30 years old, you start to run into some wear.”

“Not being able to use my own toilet or shower was terrible,” Curtis said. “You want to be able to just use the bathroom whenever you want, without having to think about needing to run around and find a working toilet. Also, I had an oral exam that was in-person with my professor, one-on-one this morning, and because we didn’t have water, I hadn’t showered, which was not a great look.”

The explanation for the water shortage’s extended duration comes down to the fact that the system actually had to be repaired twice.

“There’s one leak that we [had] already fixed,” Lujan said, “and another one that we didn’t find until we turned the water back on … at 1 a.m. in the morning. Tail-end of an 18-hour shift, you fix one leak, turn it on, and something else shows up. At that point, the plumbing supply house was closed – they’re open like 9-5 – so it became a whole new issue.”

Repair crews returned the next day to fix the second leak, a process nearly as lengthy as the first. Meanwhile, ATEC junior Sigrid Rittby – another Comet living in building 45 – reported concern for the lack of alternatives provided to residents during the water outage, especially for students potentially under a mandatory quarantine.

“I was lucky to have a ton of water in my apartment in jugs. So, I was able to drink that, although trying to use the bathroom or shower wasn’t as simple. But, if I didn’t have access to that, expecting people to go to a classroom building – which aren’t always open – to get water or use the restroom is, in my opinion, ridiculous. And, if somebody was quarantined like I was two weeks ago, they would’ve been completely screwed.”

After the second leak was located and repaired and water was restored, journeyman plumber Kevin Cliborn further clarified Lujan’s description of the situation.

“As to what caused the outage, any number of things can happen. It could be age of the system, some fluctuation in the ground, tree roots pushing on it, any number of things. And then there was the second leak, which wasn’t here when we were working on the system initially – at least, we didn’t see it, so if it was here, it wasn’t showing itself.”

While Phase 6 residents were primarily focused on their lack of water, the amount of potable water lost to the parking lot’s drainage systems prior to the system’s reparation was not insignificant.

“Flow through these pipes depends on the city, and I’m not completely sure what Richardson’s is – I haven’t measured it,” Cliborn said. “So, we have no idea how much water was lost. It was still on before we got here, and nobody thought to turn it off.”