Overwatch team prepares for playoffs in the game’s last season

After swapping a new support player to the roster, Comets aim for top 4 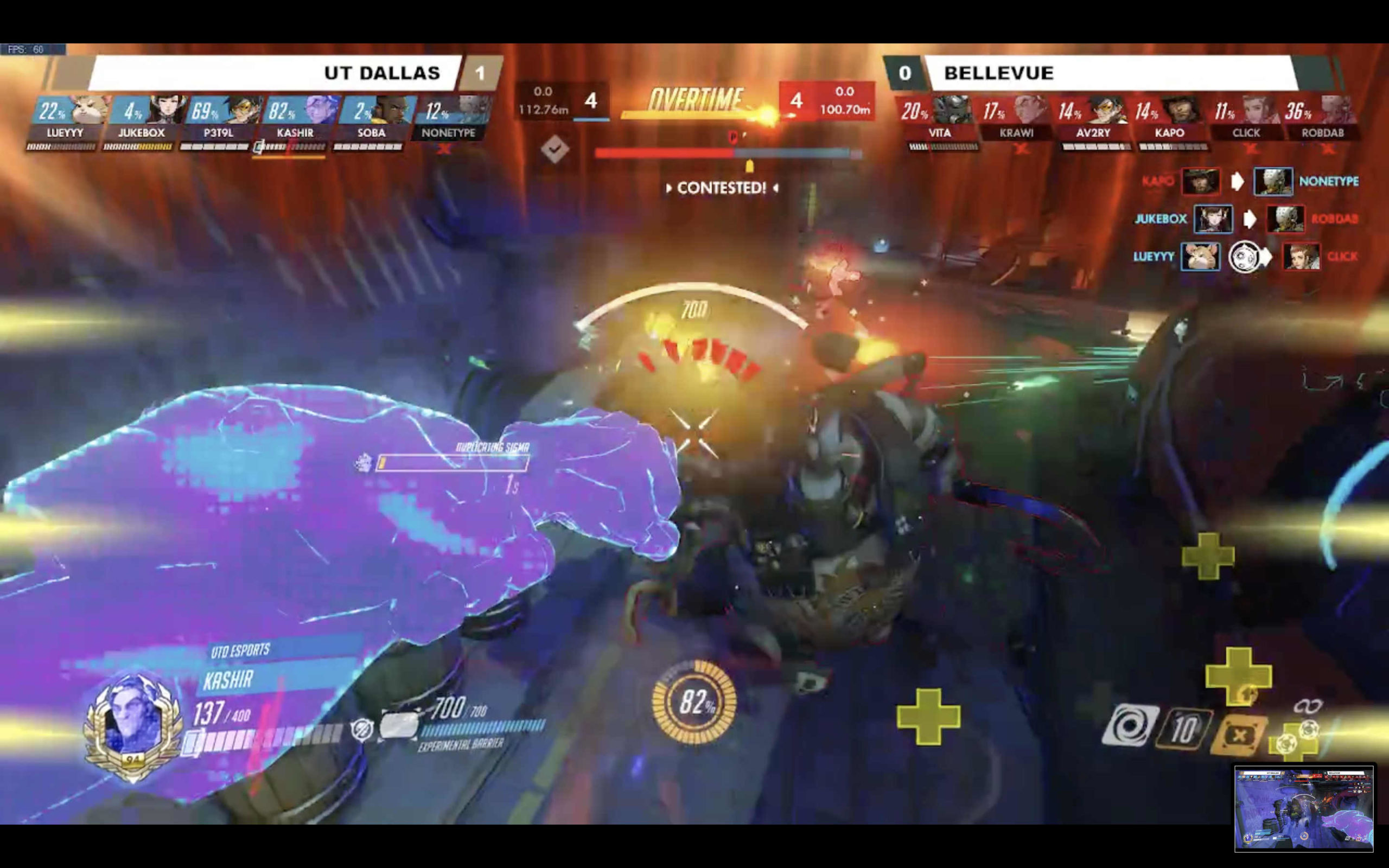 After finishing the Swiss stage of the Overwatch Collegiate Championship 7-1, the Comets have their sights set on the last “Overwatch” trophy there will ever be.

The spring 2021 semester is expected to be the last semester of competitive collegiate “Overwatch” play as its sequel, “Overwatch 2,” is anticipated to come by the end of the year. After swapping in psychology freshman Bella “Soba” Kang, the first woman to be on the UTD “Overwatch” roster, and only dropping a series against favorites Redbird Esports, head coach and MBA student Christopher “Bani” Benell said he’s ready to push the team to meet his goals outlined at the beginning of fall 2021.

“My goal from the start of the year was to hit top four for our team. We didn’t quite make it this last semester, but we did have that upset against Northwood, the number two team in the country. And I think if we just improve our consistency on the different matchups we run into in the university collegiate scene, then we easily make top four,” Benell said.

Bringing on Kang did shake up the roster to some degree going into the swan song semester, but the team is confident in their ability to integrate her in. Benell said her ability to play most of the support lineup let her take the main support role while Fawaz “NoneType” Ahmed stepped up to play the flex support role with the current lineup.

“We were looking for a third support player, and we were looking at the talent we had at UTD still available. And she ended up being one of the best options. So, we tried her out, and she was great- a little quiet, but that’s the point of coaching. We kind of work on that, and she has great mechanics,” Benell said. “She came in saying that she’s comfortable on Mercy, [Baptiste], and [Brigitte], but I feel like she’s really good at basically every support hero.”

More than their new support player, the UTD Overwatch team has found a new confident way to bring the pain to the competition: getting to the enemy as fast as possible and killing them at the enemy’s spawn. Originally just a fun idea, it became more than a clippable moment for the team’s social media. ATEC senior and tank player Garrett “Jukebox” Porter said that it became a new defined playstyle that was unique to them.

“We came up with one strategy and we’ve really been enjoying it now… we just like to run it all the way down as fast as we can. That’s been our entire strategy is just, ’Have they left spawn? Ok, they’re gone,’” Porter said. “It was fun, ‘cause it used to [be] we didn’t really do that, and then we started trying it and then it started working really well. So we just kept pushing that further and further. It’s been a lot of fun to make a style that other teams actually recognize.”

With the release of “Overwatch 2,” the game will be reduced from a 6v6 to a 5v5 game, with the tank role reduced to a single player on the team. Porter will be graduating and finishing his time as a tank player in a world of two tanks at the same time, but is ready for the new game to come.

“I will really miss there being tank duos… always been a lot of camaraderie there between the tank line, and you have to work together really well. You spend a lot of time playing together and getting used to each other, but that aspect’s going to be gone,” Porter said. “So that’s a little sad that that’ll be gone, but we’ll see what new experiences arrive.”