The Student Government Association has nullified the results of last week’s online voting in its fall elections and will conduct a paper-ballot election Sept. 21-22 to elect its newest members, SGA announced Sept. 20.

SGA officials cited “technical difficulties” and “potential voting irregularities” as reasons behind its Election Committee’s decision to throw out last week’s vote. The decision came after a five-day review of the online voting system by computer programming specialists was ordered Sept. 15 by the SGA.

Reports of problems with the voting system had begun surfacing as early as the first day of the three-day election Sept. 13-15, but the election was carried through to its conclusion.

“No one is sure exactly what happened,” SGA president Laura Rashedi said. “We’ve had technical difficulties, and the (programming specialists) have been ‘befuddled.'”

Rashedi said the problems stemmed from three sources: voter error, inconsistencies in the database provided by Information Resources (IR) and difficulties retrieving the votes that had been cast.

Many of the voter complaints, Rashedi said, were easily resolved because the voters either mistyped or did not know their username and password.

For other voters, though, the database SGA was using did not recognize the student as either an undergraduate or graduate. Rashedi said SGA was solely responsible for the system, but added that even with a paper ballot, some unlisted students still would be unable to vote.

IR deflected criticism of the database, saying they were not contacted when SGA authorized junior computer science major Stephen Lecheler to write the source code for the online election.

“There were a number of problems (with what transpired in the election),” Director of Information Resources Doug Jackson said. “One, the application SGA used was created without the knowledge of IR. And two, students who have set the ‘privacy flag’ in their profile cannot be identified (in the database).”

Jackson added IR was investigating the legality of a student application accessing the student database without student permission.

SGA expects to have results of the new election available Sept. 22 after the polls close at 8:30 p.m., said SGA Vice President Victoria Neave.

Director of Student Development Patty Atchley expressed her disappointment with the voting system’s most recent failure because of the effort that SGA put into developing the new system. This marks the second time in less than two years that online voting results in SGA elections have been questioned because of system problems. (CORRECTED from the Sept. 20 story that read “have been nullified because of system problems.”)

“They worked really hard – (Lecheler and the others) tried for seven months to set up the system so it would run effectively,” Atchley said.

Regarding future online SGA elections, Atchley said it was too early to consider for the next elections, but that she was willing to support what SGA decides. 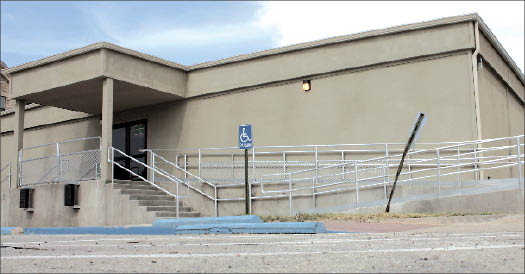