Off the beaten path 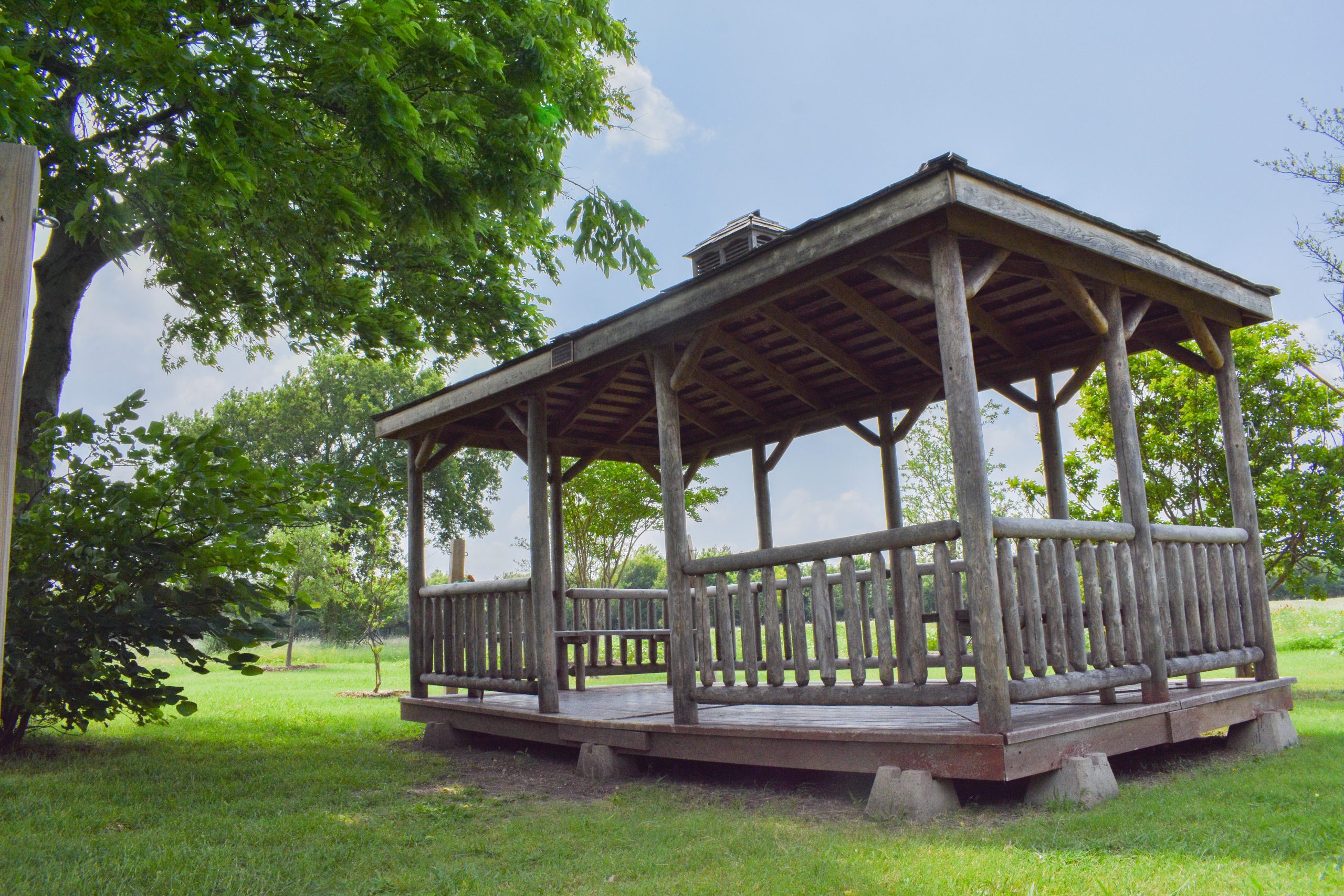 The gazebo behind JSOM was donated and built by the 2013 class of McDermott Scholars.

Hidden spots to discover around campus

UTD has lots of hidden gems that don’t appear on maps. Check these spots out next time you are on campus!

WHAT IS IT? A small pavilion structure.

WHERE IS IT? Between the library and Lot D, technically on a path on campus called “Legacy Lane.”

ANYTHING ELSE TO KNOW? Students love to use this for photo ops because of the pretty scenery.

WHAT IS IT? A large red, metal statue of a jack (yes, a jack like those spiky metal game pieces). It is 10 feet by 10 feet and hard to miss. Campus legend has it that if you meet someone under the love jack, you will fall in love.

WHERE IS IT? In the grassy, open courtyard of the Edith O’Donnell Arts and Technology building. It is a little tucked away, but there are some large staircases that frame it and it is worth the hunt to find!

ANYTHING ELSE TO KNOW? Jim Love’s larger-than-life statue first came to UTD through a contemporary art installation. In 1976, Margaret McDermott, Dallas philanthropist and wife to UTD founder Eugene McDermott, gifted it to the campus. It has not always been by the ATEC building, though — it has hopped all around campus over the past forty-plus years.

WHAT IS IT? You need your own hammock, but they easily attach to these metal frames for quick and stress-free lounging on campus.

WHERE IS IT? There are a couple spots on campus: near the administration building, Green Hall, the gazebo and a couple places by University Village apartments.

ANYTHING ELSE TO KNOW? You can also rent a hammock and straps from UREC for $3 per day.

WHAT IS IT? These plots are maintained through the Office of Student Volunteerism as a way for UTD community members to grow food on campus for individual consumption and to donate. In the past, they have grown watermelon, cucumber, sweet potatoes and even peanuts!

WHERE IS IT? In Phase 1 of UV apartments by Building 9.

ANYTHING ELSE TO KNOW? Feel free to look, but do not pick the food! Contact the Office of Student Volunteerism if you are interested in a plot or want to get involved in one of their garden workdays.

WHERE IS IT? There are four monarch waystations on campus, but the largest by far is in the grassy area between Armstrong Drive and Floyd Drive.

WHAT IS IT? Waystations are no-mow areas on campus with plants specifically chosen to help pollinators. It is a nice refuge from UTD’s concrete campus with wildflowers, native grasses, and a pecan tree. There is also an apiary and a disc golf course.

ANYTHING ELSE TO KNOW? There is another gazebo here, donated by a group of alumni from the class of 2013. See a video about its history here!

How to Use the Sky Bridges on Campus: An Interactive Map