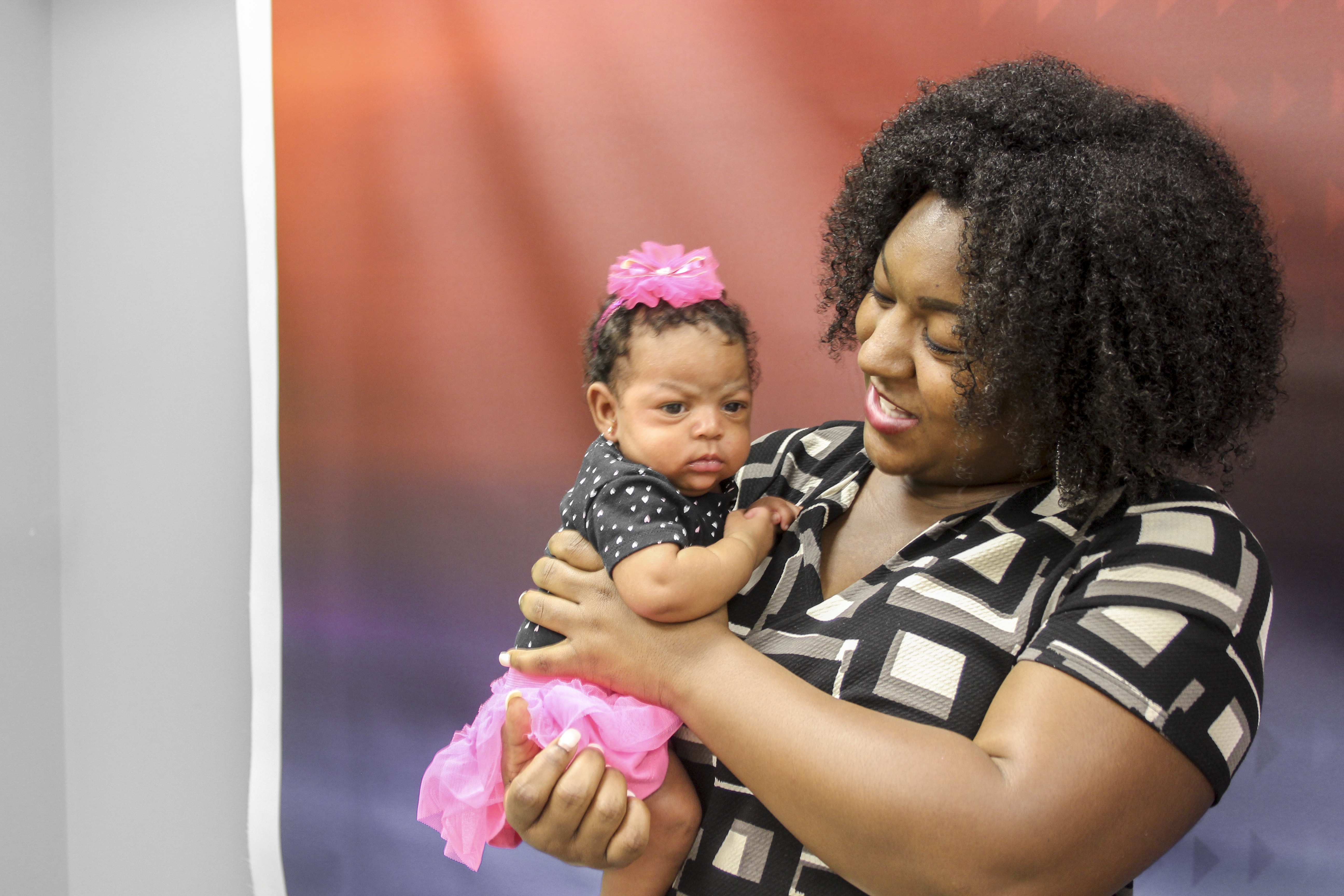 Alumna Jessica Chester holds her six-week-old daughter Ava in her arms as she recalls her time on campus while raising two children. Chester entered UTD with a four-month-old baby boy, unaware she was pregnant with her second child. Photo by Ruth Varghese | News Editor.
Campus News
Featured
News

As Jessica Chester entered her freshman year of college, she was already four months into motherhood with her first child. Balancing college and taking care of her baby would be difficult, but Chester said she was not too worried — until she discovered she was pregnant with her second child.

Chester graduated high school in the top 1 percent of her class and decided to pursue college out of state. When her mother insisted she stay in-state for the sake of her child, Chester applied to UTD in 2005 and received a full ride with the AES scholarship.

Despite all the fears and worries she had as a new mother, Chester dove headfirst into college, satisfied she was able to have the experience.

“Being a teen parent is a struggle for anyone, but being a parent you have a lot to deal with outside of school,” Chester said. “Just having to wake up a whole lot earlier, having to get the kids ready, getting them to day care, as students we are up all night anyways, so on top of breast-feeding and diaper changes, it was just my personal hardships.”

While struggling to balance her course load and caring for her children, the 2009 alumna maintained her scholarship and    obtained support  from her peers and professors.

“My professors were very kind to me, I never felt like anybody discriminated against me or treated me badly because I was young and pregnant,” Chester said.

As a member of the Power Dancers and by joining the Sigma Kappa sorority chapter at UTD, Chester said she got to enjoy the social aspect of college. Despite this, she said she missed out on important college experiences such as meeting her fellow classmates.

Even though Chester ran into a few obstacles, including coordinating study groups while taking care of her children, she never let motherhood prevent her from obtaining her goals.

“Sometimes the kids would have to come to class with me. I remember my senior year I had a group project in one of my business classes because I had a presentation that day, and my child ended up with strep and I had to present and I could not let my team down so I had to bring him,” she said. “I was literally standing there holding him while giving my presentation, then had to go straight to the doctor’s office to have him treated.”

Throughout her college career, Chester had multiple advisors due to staffing changes. During her sophomore year, she visited her second advisor, who was positioned across from the Health Professions Advising Center. Because it was the first time she heard of HPAC, she immediately inquired about its importance.

“I told her I was going to medical school and asked, ‘Should I be talking to someone (in the HPAC office)?’ and she outright said ‘No, you don’t need that, you’re on the right track and that’s only for people who need additional help,’ so I took her word for it,” Chester said.

A few semesters later, she came across an advertisement for an interest meeting for the Collegiate Fellows and decided to attend. After being accepted into the program, she went to a seminar in which a doctor from Parkland Hospital discussed the importance of HPAC and how behind schedule medical students were who had not begun the program.

“All of these ladies were nice enough, I never felt like I was mistreated until I realized I had been,” she said. “At that point I got angry, it just pissed me off. I grew to kind of resent my school, I felt judged, I felt mistreated. (I felt) they thought I couldn’t have done it or couldn’t have made it because I was a young mom and (they) judged my abilities.”

While her academics and extracurricular activities proved her hard work and dedication, Chester said she could not help but feel as though her potential was stifled.

“I felt sabotaged, I fell so far behind at that point I almost gave up on it all and I felt like, had I had the proper information, the proper support I could have  pursued what I originally set out to do, and I don’t feel like it was right for someone to decide for me what I could and could not do,” she said.

Although teen and college pregnancy rates are steadily declining in the U.S., in a study done by Pew Research Center, women are more likely to work and attend college while pregnant.

Similarly,  interdisciplinary studies senior Mikaela Johnston discovered she was pregnant in college during her junior year. While she never felt worried about what her peers might say, she said she was concerned about how her professors would react. From left to right, Jessica Chester poses with her four children, Ava, who is the fourth addition to Chester’s family, following her older brothers Skylar and Ivory whom Chester had while attending UTD, and Kameron who is almost two years old. Photo by Ruth Varghese | News Editor.

“I remember being super nervous, like I didn’t necessarily want to tell people because I didn’t want my teachers to think, ‘Why are you having a baby?’” Johnston said. “I had just gotten a scholarship and thought they’d be like ‘Why should we give you money, you’re just going to drop out?’ and so I had all these fears of what they would do.”

Johnston works with UTeach, and was surprised by how receptive and supportive the faculty and staff were about her pregnancy.

“They didn’t undermine my ability, they knew (I) could graduate and have a baby, and that was really reassuring for me,” Johnston said. “They were all way happier and more supportive than I thought they would be.”

When campus police officers offered to give her a ride to her apartment  when they saw her walking home one afternoon, Johnston said she was relieved.

“I started carrying stuff, not in my backpack, but in a rolling suitcase and I was hobbling across (the parking lot) and one cop drives by, loops back around and asked if I needed a ride,” she said. “(It was an) awesome pregnancy experience.”

Although moving around campus and frequent hunger pangs  made attending classes difficult at times, Johnston said she does not recommend using school as an excuse to avoid having a child.

“I’m not saying just go ahead and have a baby because it is easy, because it is not, I’m just saying the vague idea that, ‘It’s school and I shouldn’t,’ is not a good enough reason, because they’re wonderful and challenge is good,” she said.

UTD offers a child care program from 3:30 p.m.to 10 p.m. Monday through Thursday in the Student Union for students who are attending classes. The program is run in conjunction with the Dallas International School. After multiple attempts to contact the DIS, they could not be reached by time of publication.

Kim Winkler, associate dean of students, said the program has two staff members and is capped at 22 children due to lack of space.

“There is definitely a need and a want for faculty, staff and students, but the campus at that point would have to make that kind of commitment,” Winkler said. “We are at capacity at what we can do here in the (Student) Union, but it would have to be a bigger university shift.”

While the program has been around for over 20 years, the DIS only began leading it in 2009. Aside from the website, Winkler said there is no advertising for the program for fear of having to turn away children due to lack of staff and space. She hopes to see the program grow over the next few years.

“I would love to see a full-time day care. While I’ve been here at UTD, I’ve raised all three of my kids and I would have loved for them to be here on campus where I could drop them off all day, go eat lunch with them, I mean that would be amazing,” she said. “Personally, I would love that, but I just don’t know how feasible that is.”

Despite the unavailability of child care services and career setback , Jessica Chester, now a mother of four, received a job opportunity  at Parkland Hospital, where she works in family planning and educating teens on the importance of birth control, sexual health and hygiene.

“If I can help a teen reach their goal by not becoming pregnant too early and becoming comfortable before starting a family, and to the ones who already are pregnant or (have) a family, say to them, ‘That does not have to stop you from reaching your goals you set out to reach,’” Chester said. “It may be harder, may take you longer, but you can do it.” 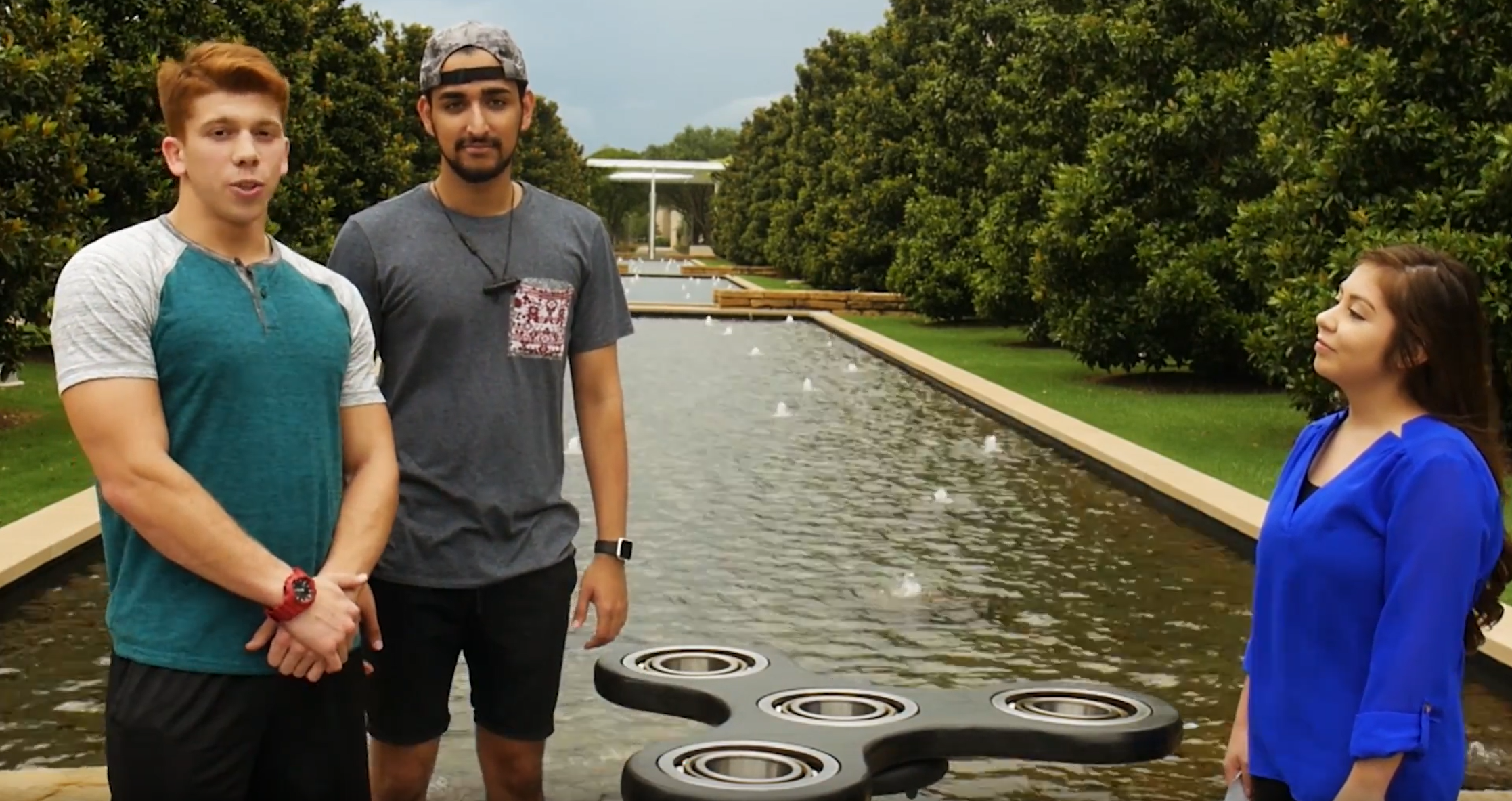 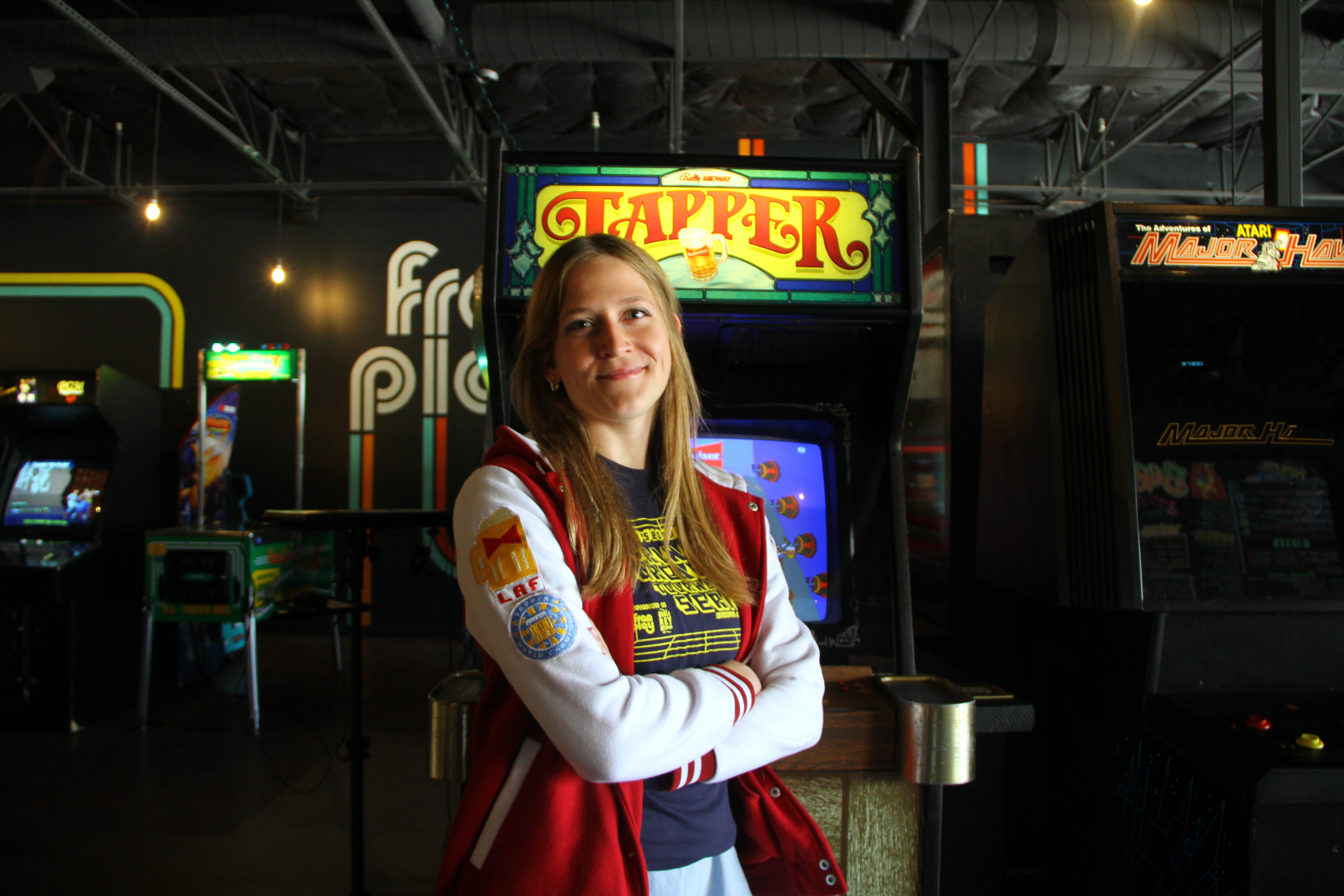