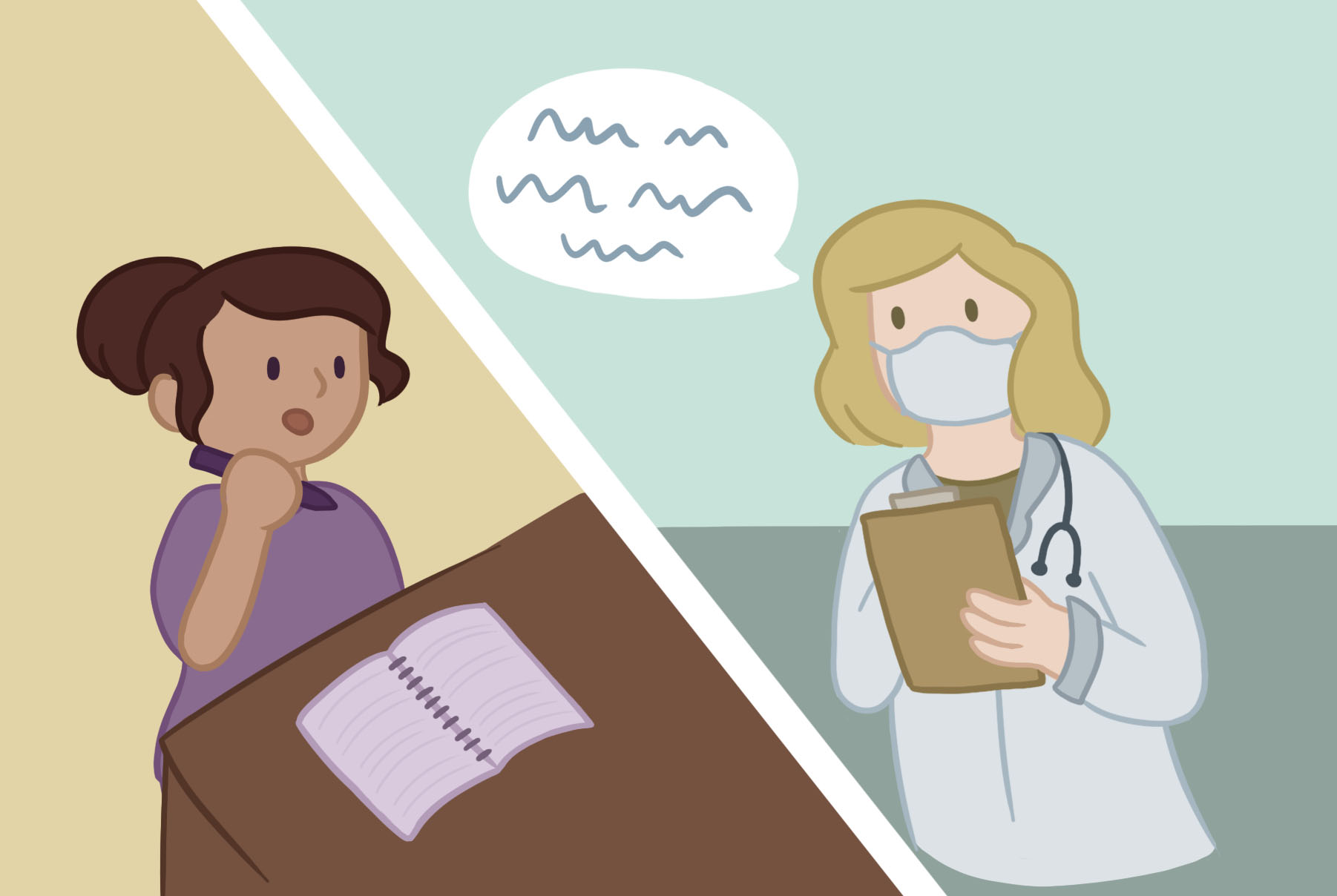 Shadowing is an important part of the pre-med experience, but the ongoing pandemic has brought with it an alternative: virtual shadowing.

Shadowing opportunities have been becoming increasingly limited as hospitals try to decrease unnecessary visitors. Biology senior Kevin Pazhoor was part of the TEMRAP program, a partnership between UTD and UT Southwestern that allows students to shadow doctors once a week at Parkland Hospital and help with clinical research. He said that the program called off on-site research and shadowing in March, and instead offered virtual modules and seminars.

“Shadowing falls under the category of clinical volunteering and just gaining experience about the profession. Really, the whole point of shadowing is that you have a better understanding of the specialty that doctors are a part of and also you have a better understanding of what the job requirements are,” Pazhoor said. “It’s not an explicit requirement (for medical school), but it’s always best to have some shadowing hours.”

Sanjay Neerukonda, chief research associate at TEMRAP, said in an email statement that the program was still making decisions on what shadowing would look like in the fall.

However, Pazhoor said he was not worried because he had found a different avenue for gaining the same experience through a program called Virtual Shadowing.

The Virtual Shadowing program was developed by seven Texas college students from UTD, UNT, Texas Tech, and Texas A&M Corpus Christi. All the students had previously shadowed at Parkland or done research at UTSW, and wanted to develop an alternative solution for traditional shadowing. The students partnered with Raymond Fowler, chief of the division of emergency medical services at Parkland Hospital and an emergency medicine professor at UTSW, and formed a working group in early May. They launched their first session on June 2.

“We saw that there was probably a need. We had a bunch of students who were either heading off to med school or were doing gap years or hadn’t finished (school) yet,” Fowler said. “We fortunately had enough skills amongst us to be able to record, edit, post on YouTube and be able to track the numbers.”

The program consists of live, 90 to 120-minute Zoom calls with a specific theme each Tuesday evening. They discuss topics ranging from applying to medical school, the current pandemic and physician-patient interaction and bring in guest speakers, some of whom are doctors at Parkland or professors at UTSW. Participants are encouraged to ask questions during the session and interact in real-time, which Fowler believes adds an element of traditional shadowing. Those who cannot attend the sessions can watch the videos on the Pre-Health Virtual Shadowing YouTube channel. Over 6,500 students have signed up to be part of the program.

Students are participating from close to 500 universities from 13 countries outside of the United States, including countries as far as Egypt, Japan, Nigeria and Singapore. Within four weeks, the group had to purchase two consecutive Zoom licenses after breaking the 500 and 1,000 participant thresholds, respectively. The same week, their email list expanded to 10,000 people.

Mariam Rizvi, one of the student developers of Virtual Shadowing, said the program differs from traditional shadowing because of the medium, but has unexpected benefits.

“Shadowing (is) really important, especially in person, but I remember I would always be jotting down stuff and then having to go back in my memory. Because they’re on YouTube, you can go back and if you didn’t catch it live, you can go back and relearn it,” Rizvi said. “We have made a network with this virtual shadowing because of the GroupMe. It’s been a collaborative experience: we’re providing resources, but then also the students are providing resources and everyone’s kind of helping each other out to get a better experience.”

After each session, participants can take an exam based on the content and get a certificate of completion upon passing the exam. However, the program does not currently count for credit at any colleges, although the group has heard from a few individuals that one PA program is considering counting the program as shadowing hours. Reagan Rosenberger, another student developer of the program, said regardless of whether it’s acknowledged for credit, the experience is what’s valuable.

“(Participants) are learning something they may have never heard — it could easily turn them to (medicine) more or expose them to the fact that maybe this isn’t for them,” Rosenberger said. “Even if the med schools and PA schools don’t consider them as actual shadowing hours, they still see the student take the initiative to go out and be a part of a program that’s teaching them about their future and a career in medicine.”

Similarly, in an email statement, HPAC director Doyen Rainey said medical schools are looking for students to take initiative despite the current challenges.

“Medical schools have universally stated that they recognize those changes and acknowledge that their applicants may have fewer healthcare experiences as a result. However, they still expect pre-med students to be growing themselves and helping others, even if it’s not in a hospital,” Rainey said. “Virtual shadowing is a promising and interesting approach that I hope will become a vehicle for many future students to learn about doctoring. It will certainly be accepted. It will not be a student’s only option, and it will probably never replace the experience of helping a person by looking into their eyes, holding their hand and hearing their concerns.”

The program is free, although the group has incurred expenses, currently a little under $2,000 a year. Fowler said he plans to support the program as long as the group of students are behind it, and, with the pandemic not going anywhere soon, he said he thinks virtual shadowing may become more mainstream in the near future. Rosenberger agreed, and mentioned that the program is still in its infancy, as it is the first program of its kind with this kind of scope in the United States.

In the meantime, Pazhoor said he plans to continue to keep up with the Virtual Shadowing sessions while he waits for a response from TEMRAP, but recognizes that traditional shadowing may no longer be as common as it used to be.

“With the pandemic going on, hospitals are focusing more of their resources, their time and their doctors and nurses in handling this large influx of cases right, so shadowing isn’t a priority for them,” Pazhoor said. “If you’re concerned that you’re not getting enough shadowing hours right now, it’s okay. I feel like med schools understand that we’re in a very unique situation right now.”