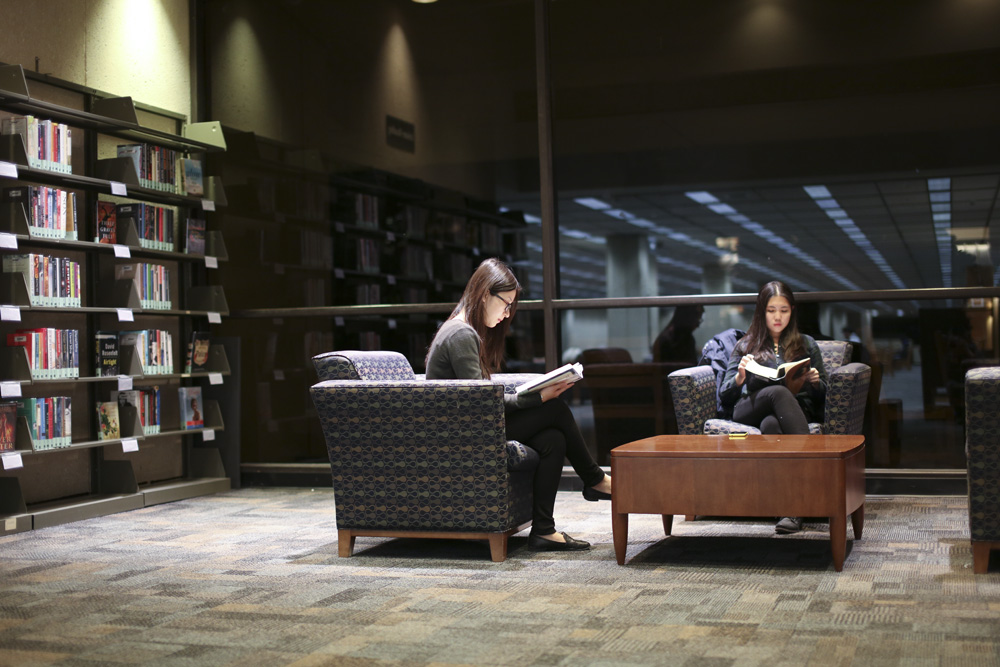 Improving library access and expanding the Pub’s alcohol limit are among a number of projects Student Government concentrated on in the fall and will continue this spring.

SG Vice President Nancy Fairbank said one of the most significant achievements of Student Government last semester was the extension of library hours.

In effect as of Jan. 11, library hours increased by 35 percent, rendering the space available to students from 8 a.m. Sunday to Friday at midnight, as well as remaining open from 8 a.m. to midnight on Saturdays. Students need to bring their Comet Card to the library at night since security measures similar to those at the residence halls will be added, Fairbank said.

To publicize this change, SG will be hosting an event at the library on January 15th from 10 p.m. to midnight with several giveaways on each floor, including free coffee, T-shirts, power banks, and stress balls. A caricature artist will be on the fourth floor.

SG has also focused its efforts on improving campus Wi-Fi. Information Resources needed specifics about the issues students were facing with Wi-Fi, such as where the problems were centered, at what times, and on what devices they occurred. SG acquired this information through a comprehensive survey.

“We did a campus-wide Wi-Fi survey in conjunction with Information Resources that was really successful,” Fairbank said. “We got a lot of feedback, and based off of that we can look forward to some changes in the next semester.”

Going forward, SG hopes to address the issue of students in the Plinth area using the Wi-Fi from the Student Services Building and the Student Union by installing an initial test router before the end of the spring semester, that will solely cater to the Plinth, Fairbank said.

This router will collect information such as the average number of people using Wi-Fi there and at what times the traffic is heaviest. Fairbank predicts that 8 routers will be purchased for use around campus, but the statistics gathered by the test router and the survey will consolidate the decision.

“Right now, if you go on the UT Dallas website on your phone, there is a mobile version. However it is far less accessible than a mobile app would be,” Fairbank said. “Many other campuses have a mobile application, and we’re supposed to be a leader in technology so it makes sense to have one of our own.”

The app’s features include a news section that will provide construction updates and current events. Students will be able to follow the bus schedule and attain parking information. In addition, the business hours, menus and nutrition facts of the products of on-campus food choices will be available on the app. On it, the Comet Discount Program will show which off-campus vendors will offer discounts to students.

Another aspect of the app is the virtual campus tour it offers and the search feature within the map section, which will allow for easier navigation around campus. Daily events, the Comet Calendar, and the academic calendar will be updated frequently. Emergency contacts and a directory, which will include faculty, staff and students, will be provided. Students will be able to reserve study rooms in the library and monitor their accounts through the app.

Campus and building services will be derivable from the app, and students can also report maintenance issues. The app will also provide direct links to frequently visited websites such as the Student Affairs page.

“We’re a front runner of science and technology,” Knudtson said. “We should be able to develop an app for our university. I have no doubt in my mind that we can definitely accomplish it and make it very successful.”

SG’s priority is to approach the fee committee to appropriate funds for the development of the app as it already has approval from the administration. Previously, senators consulted Oohlala Mobile Inc. to develop and maintain an app for UTD, however, the new consensus is to have IR develop the app instead of a third party vendor. SG hopes that this will set the app’s design apart from those of the other UT System schools.

“We want our app to be unique,” Knudtson said. “The apps that they’ve created for other universities have been very cookie cutter, and I don’t think that’s UT Dallas. We have our own sense of community that should be brought out in the mobile app.”

SG is also trying to work with the North Texas Tollway Authority, or NTTA, to secure a student discount for toll tags because two of the three highways surrounding campus are toll roads. Communications Committee Chair Molly Vaughan initiated this project during a senate meeting in October.

“We’re right next to the highway that has a toll tag access point,” Fairbank said. “So we’d really like to get discounted student rates.”

Partnering with Student Affairs Committee Chair Katie Truesdale, Vaughan contacted Texas Christian University and Southern Methodist University about their discounted toll tag programs. By learning from their strategies in reaching an agreement with the NTTA, SG hopes to design a proposal that will secure the same benefit for UTD students.

“Our timeline has been set to see this benefit come to fruition by this fall, if not next spring,” Vaughan said. “It’s definitely a long-term goal, and we just want to make sure it’s implemented right.”

SG noticed that the only outdoor areas to advertise student organizations and services were on the clockwall and on the deck on the Plinth. So, senate chose to add three flyer kiosks to make communication more widespread around campus.

These will be installed by late February at the Jindal School of Management chess plaza, directly across from Hoblitzelle Hall and on Rutford Avenue, close to the Science Learning Center. Ads still must be taken down once the event has occurred.

Another noteworthy project SG initiated is revamping the homecoming tailgate. Last year, it took place in a larger parking lot where people were able to bring their cars out.

“We really want to make a long-lasting homecoming tradition that will be celebrated every year,” Fairbank said. “We had a large attendance (last year) even though it was particularly cold that weekend.”

In addition to the change in location, SG has also tried to modify the tailgate by campaigning for a system similar to UT Austin’s, where Bring Your Own Beer, or BYOB, tailgates are allowed as long as certain safety measures and proper approval are in place. For example, groups attending the tailgate would need to formally register with the campus police and administration by filling out request forms.

“I think that one thing that our campus lacks is a sense of spirit,” Fairbank said. “People right now feel that UT Dallas doesn’t have real tailgates. They have friends at other universities, and they compare our tailgates to theirs when they say ours aren’t as spirited.”

Fairbank wrote a proposal to submit to the administration in early spring regarding alcohol on campus. If approved, BYOB tailgates on campus could be allowed. A corollary to the proposal also discusses the expansion on the drink limit in The Pub from two to four alcoholic beverages a day after 5 p.m.

A long-term project that may be handed over to the next president and vice president is fixing the discrepancy between the number of credits offered to International Baccalaureate students compared to their Advanced Placement counterparts.

SG, with the help of  Dean of Undergraduate Education Andrew Blanchard, has asked all of the schools on campus to look into this issue and hopes to resolve it in the upcoming semesters.

In addition, SG plans on phasing out the free blue book service by the end of this semester. What started as a marketing tool for SG has now become a burdensome expense due to the increase in enrollment. Last semester, SG depleted its $5000 yearly budget for blue books by October because of how quickly they were used up.

Senate decided that the burden of providing blue books should fall on the faculty who require students to buy them. With Vice President of Student Affairs Darrelene Rachavong, and UTD President David Daniel, SG will transfer the responsibility to the various schools of undergraduate studies.

SG has also requested that the Bookstore and Auxiliary Services set up another blue book and scantron vending machine in the Founders building by next fall to accommodate for students in that region of campus.

The senate dealt with a broad range of issues on campus last semester, and its main aim in doing so was to tie up loose ends and ascertain progress.

“I think if we’re able to follow through on all the projects we started in fall then I would consider it a successful year for Student Government,” Fairbank said.

Line of Fire: The Ferguson debate 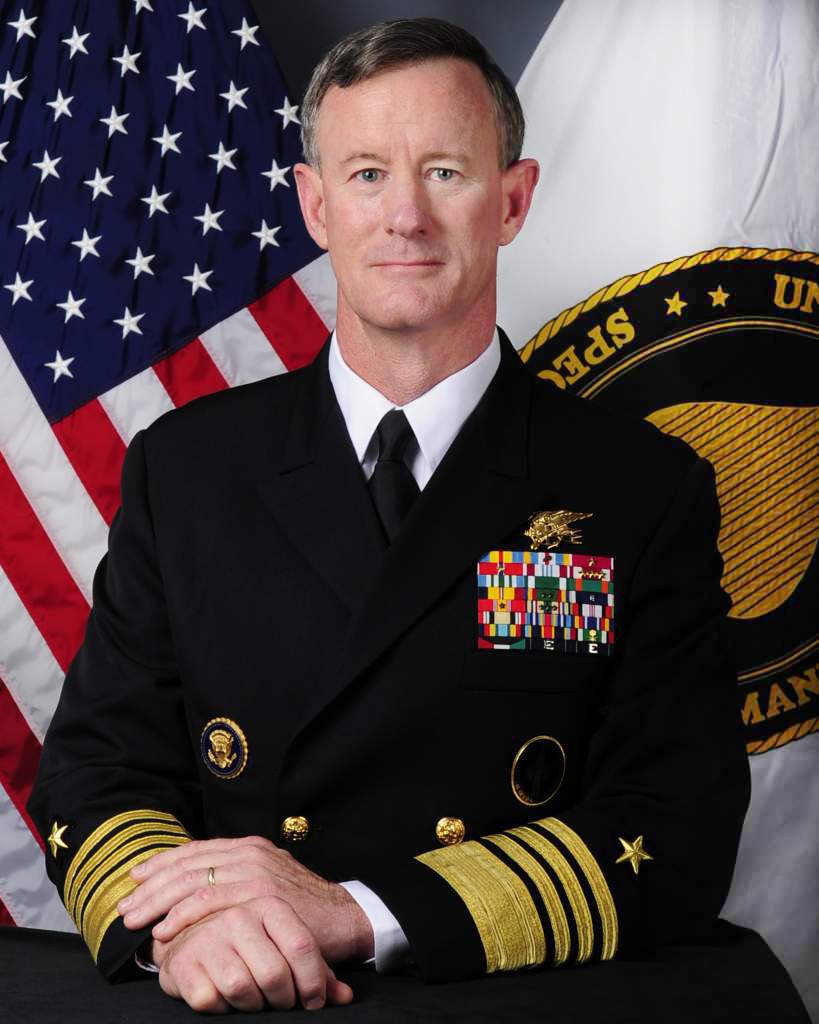