It was a moment never to be forgotten. The streets of Manhattan were bursting with an atmosphere electrified by the human energy of more than 400,000 people coming together to demand a diversified plan of action on climate change.
On Sept. 21, I had the chance to witness the largest climate action in history in New York City during the People’s Climate March. The global action encompassed more than 2,600 additional events that took place throughout major cities with hundreds of thousands of people calling for immediate political action to address climate change.
Marching down the Avenue of the Americas beneath the towering headquarters for Exxon Mobil, Fox News, Time Warner Cable and CNN, I could feel the buildings tremor as the marching crowds chanted, “We stand strong with our planet for our world!”
The march was organized in response to United Nations Secretary-General Ban Ki-moon’s call for international leaders to work together to support an ambitious global agreement to dramatically reduce industrialized greenhouse gas, or GHG, emissions. Ki-moon’s sense of urgency was in large part a response to the overwhelmingly strong evidence — including more than 97 percent of peer-reviewed climate science papers — and increasing number of scientists who have agreed that human-produced GHG is the leading cause of global climate change.
To get to New York, I helped organized a 15-passenger carpool that departed from the Dallas area with a diverse crowd of Texans aboard. College students from UTD, the University of North Texas, St. Edward’s University and Abilene Christian University joined together in our traveling caravan, as well as artists, educators, public servants and business owners. Although we did not know each other beforehand, our message was united: Take climate change seriously before it’s too late.
We arrived early to attend workshops and join with people who came from all corners of the country to flood the streets of New York to collectively call attention to the scientific fact that if we do not pay heed to this issue now, generations will in turn suffer the consequences.
In order to raise awareness of maintaining the more stable climatic conditions that have made human progress for the last 10,000 years possible, a large group of university presidents across the country have signed on to a document called the Presidents’ Climate Commitment, which recognizes the need to reduce the global emission of greenhouse gases by 80 percent by mid-century at the latest in order to avert the worst impacts of global warming.
With Texas’ dependence on exporting oil and gas for our current economic well-being, there is no doubt that the message of the People’s Climate March poses a significant concern to those currently in power. However, considering the majority of our state has been in drought-like conditions for more than three years and state climatologists warn it will continue to wear on longer than ever before, Texans must become a part of the change.
Indeed, transitioning our entire global economy — currently reliant on fossil fuels as the primary energy source — will be no small task.
Nevertheless, steps toward finding solutions are being made. According to a World Bank report, one of the most promising results of the UN Climate Leadership Summit held the Tuesday after the march was the more than 1,000 businesses and 73 countries, including China, the world’s largest GHG emitter, that agreed that a price on carbon is necessary.
These signees accounted for more than half of the world’s GHG emissions.
The Sustainability Club and the local Dallas area Citizens Climate Lobby chapter are ways for students to become involved in this important issue. Call on the wisdom of our campus’ presidential leadership to join the more than 650 U.S. colleges and universities that have signed the Presidents’ Climate Commitment.
Undoubtedly, the most powerful moment of the weekend took place at 12:58 p.m. when a wave of silence washed over the entire procession, everyone raising their fists in solidarity for those on the frontlines who have already experienced the ravages of climate change. As I reflected on these impacts, my mind was filled with a quote I had heard from Bill McKibben, founder of 350.org and one of the march’s lead organizers, the night before.
“Climate change is not one more problem on a list of problems,” McKibben said. “It is a lens through which we understand the world we live in.”

Unpaid internships must have defined objectives 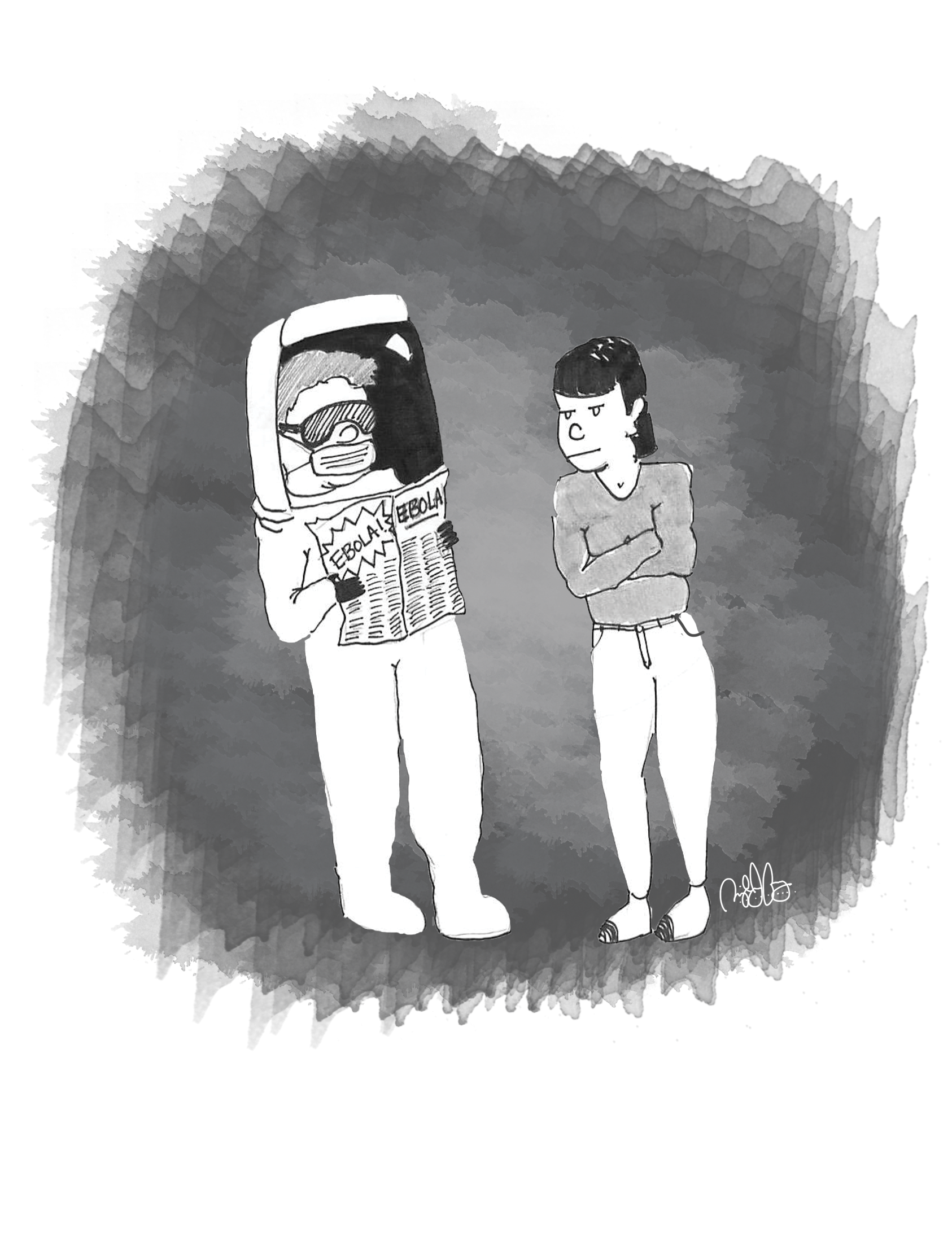 You can never be too careful when it comes to Ebola.