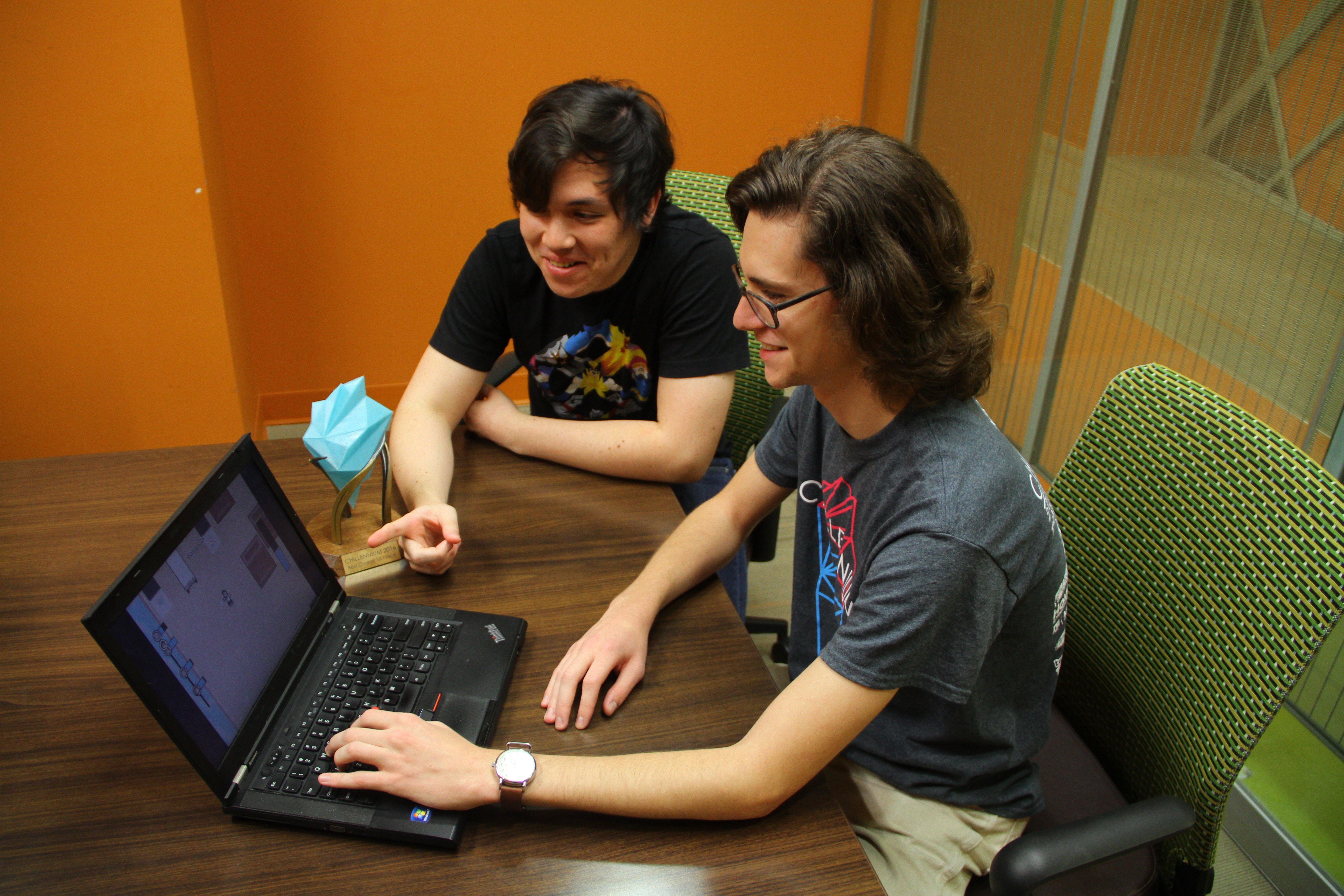 ATEC juniors David McCullough (right) and Brandon Blakemore bounced between a few ideas before settling on “Don’t Rock the Boat,” a game centered around a waiter who tries to serve customers while on a ship rocking back and forth. Photo by Esteban Bustillos | Mercury Staff.
Life & Arts

Foofaraw is defined as a great deal of fuss or attention to a minor matter. ATEC juniors David McCullough and Brandon Blakemore had never used the word before Sept. 23, but they had to learn it on the fly to win first place at this year’s “Chillenium,” a game jam held at Texas A&M University that attracts game developers from across the country.

The concept of a game jam is simple: Participants have a set amount of time, in this case 48 hours, to create a functioning videogame from scratch. Judges then play the game and measure it on everything from concept to playability.

This year’s “Chillenium” featured students from 11 different universities from across the country, who came to College Station to compete. Once there, they were told to center their games around one word: foofaraw. Then the clock started to countdown. The 48 hours had begun.

McCullough and Blakemore first heard about the contest through the Student Game Developer Alliance at UTD. “Chillenium’s” coordinator, Ben House, reached out to SGDA President Grant Branam to invite UTD to participate. Several teams from UTD, including Branam’s, competed in the contest.

“We didn’t really know what to expect going in, but it was my first game jam, so I was super excited anyways and we had a lot of interest,” Branam said.

A group of about 20 people got together and headed down to Texas A&M, where 243 other students packed into an auditorium in the campus’ equine complex. McCullough and Blakemore said long rows of tables were littered with wires spewing from computers in the temporary game studio.

“The first few hours I was really hyped,” McCullough said. “I was looking around like, ‘This is really cool.’”

The game can be played at the following link: https://pointwert.itch.io/

Once they were given the topic, McCullough and Blakemore, equipped with their custom PCs, did what any logical developer would do — they Googled what foofaraw meant.

Then, they started to brainstorm concepts centered on the game’s jam theme, coming up with ideas varying from a game about cats to a hotel manager taking care of guests to a cooking game.

“We were trying to focus on the minor thing but making a big deal about it,” Blakemore said.

Eventually, around 3 a.m. on Saturday after having scrapped their other plans, Be Chill, as McCullough and Blakemore dubbed their team, settled on the idea of a game about a waiter trying to serve water to customers on a cruise ship rocking back and forth.

Titled “Don’t Rock the Boat,” the top-down game features players looking down from above as a dapper waiter frantically runs up and down a deck while crates, chairs and people move back and forth threatening his health. On the left side of the screen, meters track how quickly patrons are drinking their water, forcing the player to get their refills before they run out, all while having to fill up on his own water supply from sinks located every few meters in the level. If they fail to adequately serve even one customer before they run out of water, they lose.

McCullough and Blakemore only got around four hours of sleep a night during the competition. “Chillenium” offered contestants a large room for them to sleep in, but the duo took other routes for rest, with McCullough opting to sleep on the marble floor of the main room with just a pillow and blanket and Blakemore sleeping in his car at least once over the course of the weekend.

The pair split up the duties of making the game, with McCullough focusing on the engineering and the art and Blakemore taking care of the level and sound design.

“From the beginning, it’s really just getting stuff moving on the screen, getting the core mechanic in so that we could build off that,” McCullough said. “And then from there it’s like, ‘OK, well now we need a win-state or a lose-state.’ Then once we had that, it’s like, ‘OK, now we need a menu and a tutorial.’”

After working through the 48 hours and multiple setbacks, including a power surge that did not wipe out all of their work, it finally came time to turn in the game.

McCullough and Blakemore said they didn’t expect much, honestly thinking they would get third place at best because of what they still could have tweaked.

“We were bummed out,” Blakemore said. “We thought it was just average or whatever.”

“Right after (saying ‘be chill’), with no tone difference, (the judge) just goes, ‘Be Chill,’” McCullough said. “And no one says anything, because everyone thinks he’s still saying ‘be chill.’ So I stand up and I go, ‘Be Chill?’ And he goes, ‘Yeah, team Be Chill!’”

McCullough explained what helped “Don’t Rock the Boat” stand out among the competition is exactly what the conference focused on: attention to detail.

“Something that’s really important that a lot of people kind of miss in game development is just like game feel or like polish, just making individual interactions within the game fun,” he said. “So there’s there’s just a lot of visual feedback.”

Along with taking home the trophy, McCullough and Blakemore got access to development programs professionals use, $50 in Steam cash that can be used on the PC gaming network and tickets to South by Southwest, which they got after the game impressed a SXSW representative.

They also were accepted into Startup Aggieland, a job creation program at Texas A&M focused on startups. They’ll have office space and professional contacts to help them eventually publish the game.

Knowing that they went up against developers from across the country and beat them is still sinking in for McCullough and Blakemore, who plan to use their experience at “Chillenium” to help further their careers.

“This is our crowning achievement,” Blakemore said. “We’ve been working to be acknowledged and this is kind of the first sign that we’re doing something right.” 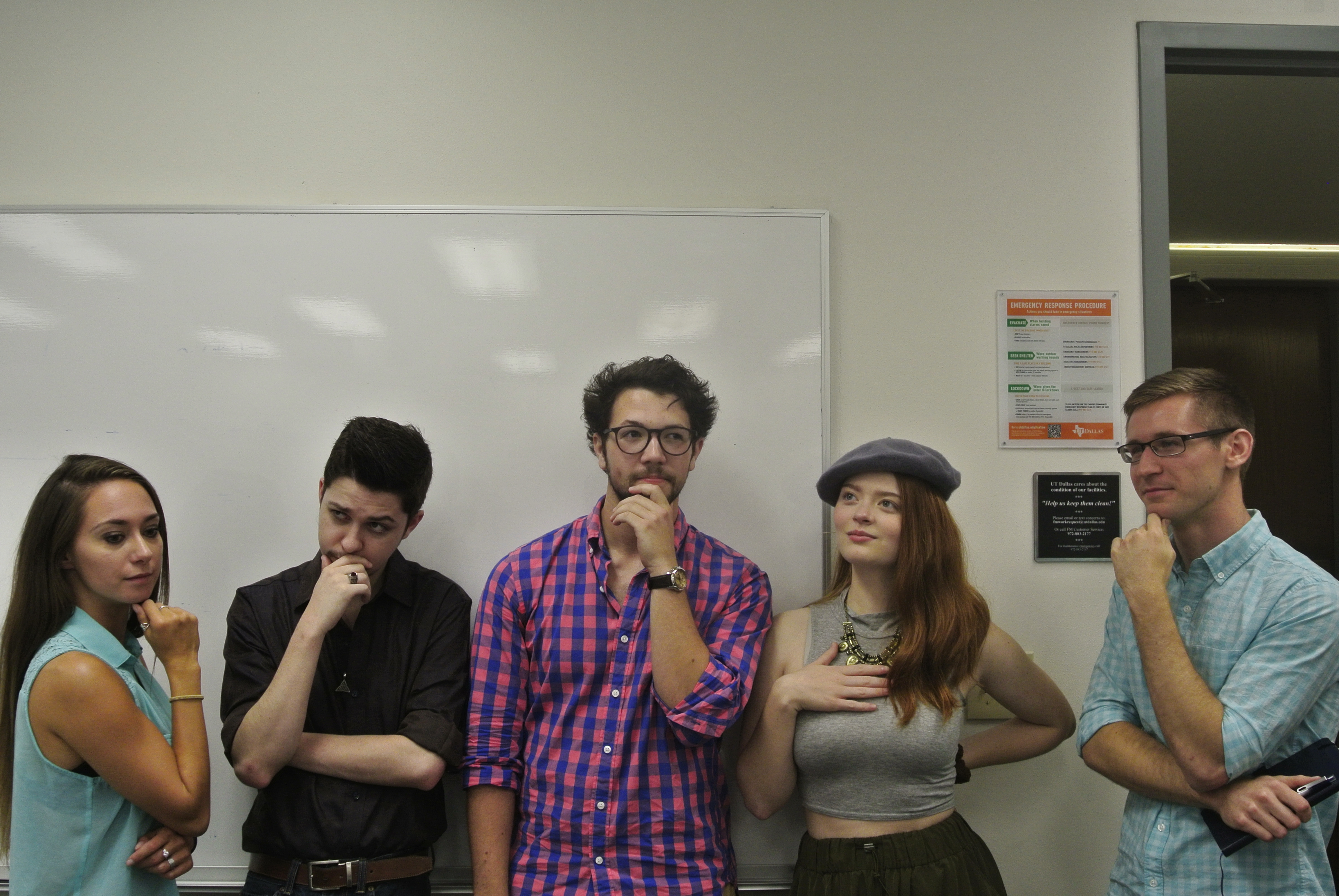 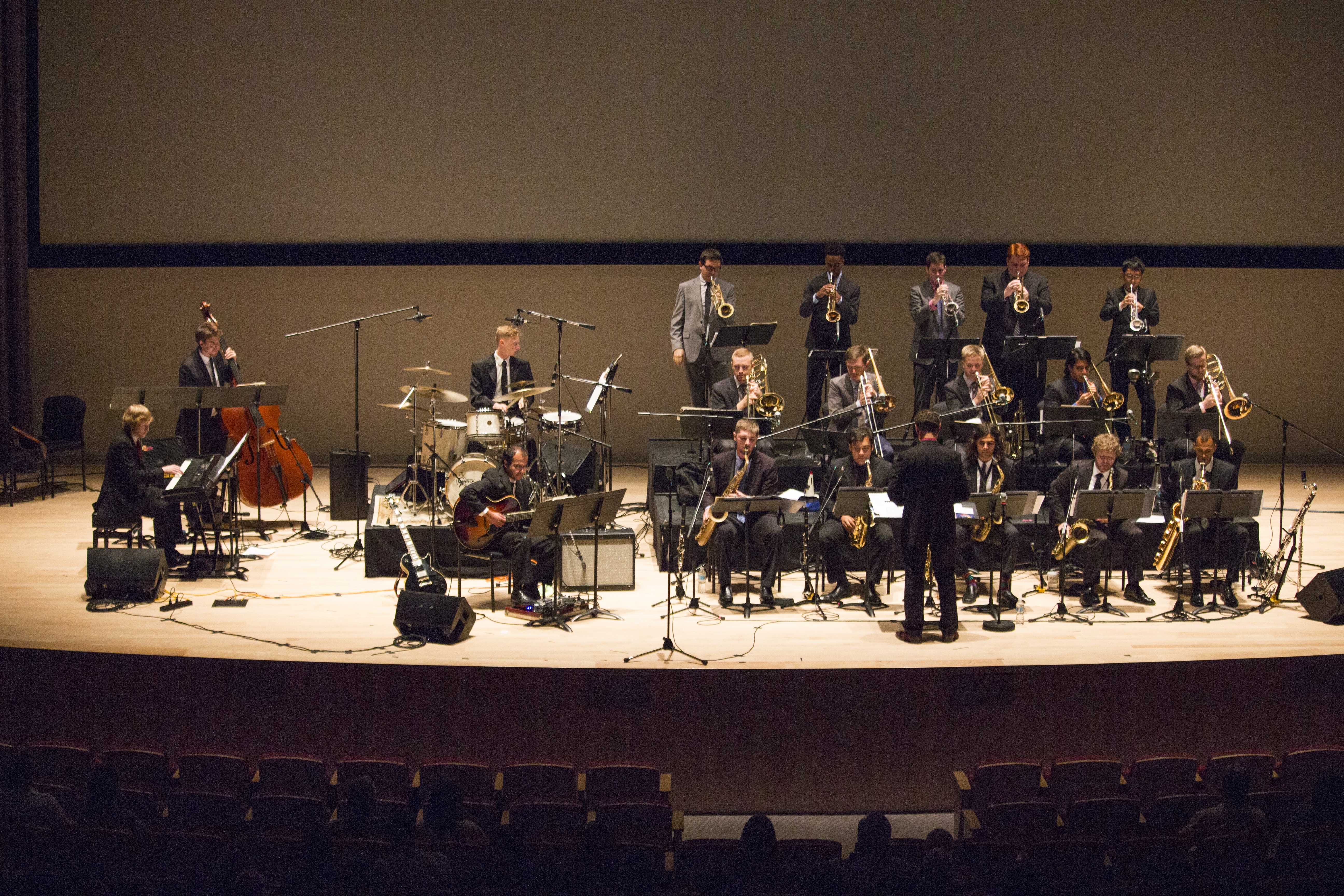