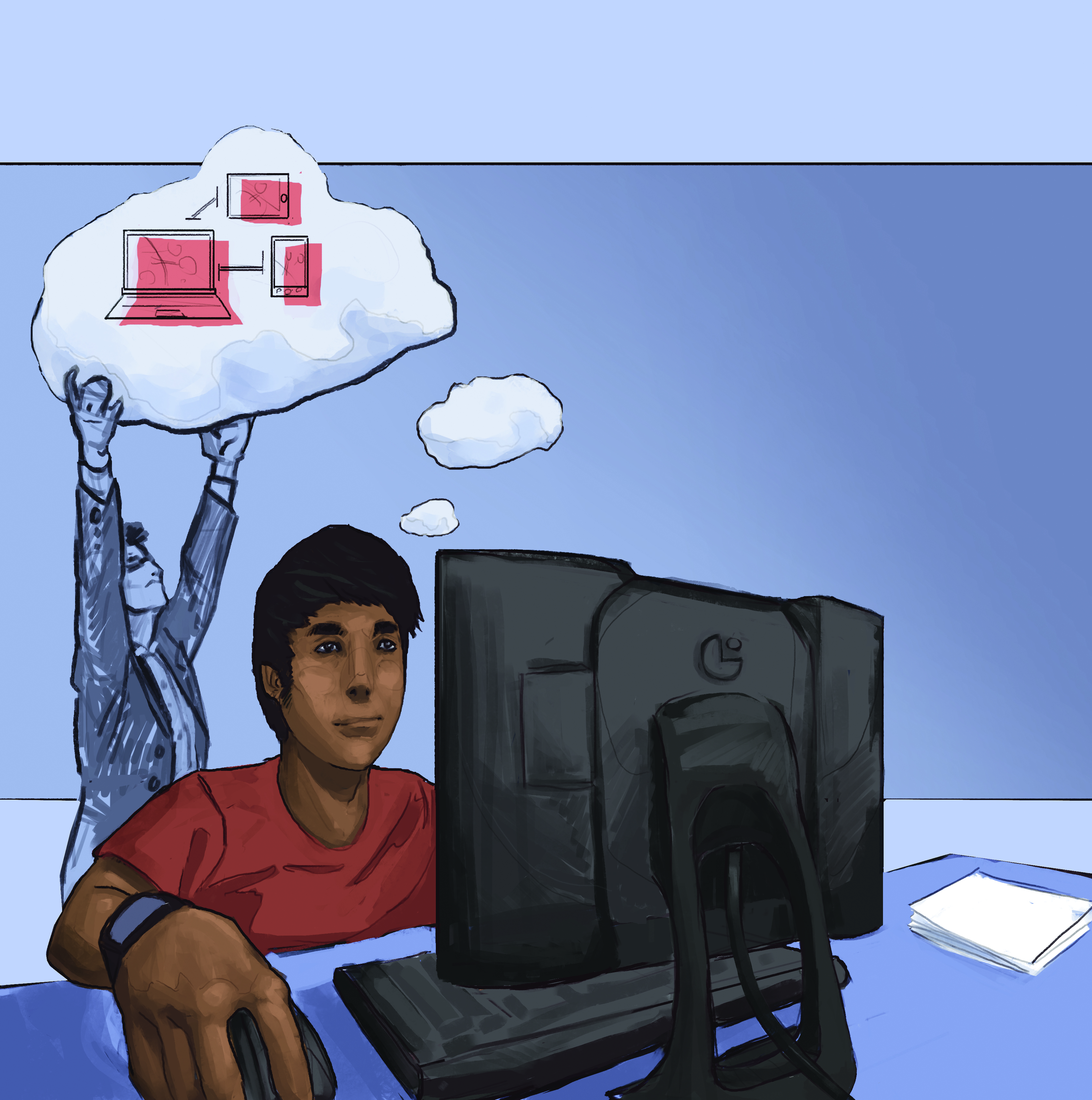 The three co-founders of UNIBEES — Abinav Kalidindi, Sanjay Kurani and Kiran Achanta — began looking for resources at the Jindal School of Management to turn their idea for a campus startup into a reality.

After the three found a developer to create their app which markets free events to students, they tackled the major obstacle they faced: immigration. As international students at UTD, the question of whether they could run a business or not was unclear.

Under the guidance of the Blackstone Launchpad, a campus entrepreneurship program, the co-founders met with several immigration lawyers to discuss their options and realized that as F1 visa students, they were able to establish and own a business in the United States, but weren’t eligible to actually operate it.

“It’s really unfortunate that we couldn’t run our own business,” Achanta said. “I don’t understand all the rules — we’re pretty new to (them). But it’s really disappointing for us.”

However, new proposed federal policy could potentially give them the increased autonomy they want.

Kalidindi said he was optimistic when he first arrived in the United States, but was unsure about what the future would hold.

“I thought that America is where you can live out your dreams,” Kalidindi said. “I thought I (would) come here and figure it out.”

International students studying in the United States typically enter the country with an F1 visa, which is tied to the student’s university, field of study and course load. After graduation, many students switch to an H1B visa, which permits residence in the United States while working for an employer certified by the government. As a result, foreign students are discouraged from starting up businesses of their own.

“Typically how (international) students pursue it now is they figure out they’re interested in starting a business … and they feel like they’ve got to do it discreetly,” said Bryan Chambers, the director of the Blackstone Launchpad. “They go get a job predominantly just so they can work on their business on the side. Everybody’s asking the same question — how do I stay here and how do I continue to work on my business?”

The “startup visa” can potentially answer those questions.

Rather than making a certified employer sponsor a foreign national’s residence in the United States, the so-called “startup visa” would allow foreign entrepreneurs residing in the United States to sponsor themselves as self-employed individuals. For international students graduating from UTD, this policy has the potential to remove immigration barriers surrounding campus-based startups such as UNIBEES.

“You’ll have more foreign talent remaining in the U.S. (who are) able to work with U.S. talent and have access to U.S. companies and the U.S. market,” said Jered Dobbs, a lawyer with the Dallas-based immigration law firm Verdin. “They’ll have access to resources that would afford the growth period that they need in order to get to that higher level of success.”

The Blackstone Launchpad took an interest in the impact the startup visa could have on foreign entrepreneurs at UTD.

“We have a huge international population and work is the number one question on everyone’s mind,” she said. “I think it’s a little bit more clear for students just interested in finding a job or an internship, but starting their own company (is) something we’ve been approached (about) so we know the desire … is out there.”

To work around the restriction of owning but not operating their business, the three co-founders of UNIBEES decided to outsource the operation.

“There is a U.S. citizen who is actually running the day-to-day operations for us,” Kalidindi said, declining to name the individual. “We just founded (UNIBEES) — that’s it.”

As a result, the three co-founders do not have official titles within the business and are more involved with long-term planning and expansion.

Other international students at UTD, however, have not progressed as far with their startups.

Nikhil Rathi, a computer science senior, co-founded Campus Cart, a grocery delivery service catering to the Indian student population at UTD, along with his uncle in the spring of 2015.

“We were just thinking about how we could make things easier to students,” Rathi said. “It suddenly clicked. We went through the legal documentation with my uncle’s lawyers and we set up the company.” Computer science senior Nikhil Rathi launched Campus Cart with his uncle to deliver groceries to students at UTD. Because he isn’t a permanent resident, he couldn’t operate the business on his own. Photo by Ankith Averineni | Mercury Staff.

The business was registered under his uncle, a permanent resident, who oversaw the day-to-day operations. Rathi didn’t hold a title within the organization and informally helped his uncle with the business.

His uncle later left Dallas for a better job opportunity in Chicago. For Rathi, the immigration challenges that would arise from operating a business alone as an F1 student forced him to shut down Campus Cart.

“That’s a major barrier. When we started the business, thankfully, I had my uncle,” he said. “I know so many students here who want to open a startup. But they’re not able to find another (eligible) person.”

An even larger obstacle for international students launching startups is a general lack of education about immigration policies in the United States, said Rakesh Patel, an Irving-based attorney who specializes in immigration law and business transactions. Patel was one of the lawyers that consulted UNIBEES prior to their product launch.

“One of the biggest problems we see from a legal perspective is that students just don’t know what … they can and can’t do,” he said. “And it’s not just the lack of knowledge of international students — I think students in general don’t know.”

Part of the confusion lies in the complexity of immigration law. Startup visa legislation aims to reduce this confusion by adding specific provisions for foreign entrepreneurs. The Startup Visa Act surfaced in early 2010, but expired at the end of the legislative session after it didn’t pass.

It was resurrected by the Department of Homeland Security in 2016 and was renamed the “International Entrepreneur Rule.” The legal authority for this proposal was grounded in the fact that the DHS, as an agency of the Executive Branch, has the power to “parole individuals into the United States, on a case-by-case basis, for urgent humanitarian reasons or significant public benefit.” Entrepreneurs of certain startups would provide “significant public benefit” by creating new jobs and supporting the economy, according to the original proposal filed this past spring.

Under this rule, student entrepreneurs such as the co-founders of UNIBEES, would be allowed to operate their business and hold a formal title, rather than just own the business.

Foreign entrepreneurs would be allowed to stay in the United States for a temporary period of two years, extendable for up to three additional years.

One major stipulation, however, is that startups run by foreign entrepreneurs would have to raise a minimum amount of $345,000 in capital from American investors in order to be considered viable by the DHS.

Dobbs said because of this requirement, the policy would not have the intended effect.

“The numbers that the government has proposed is really going to limit the number of people that can take advantage of this,” he said. “They’re pretty big numbers, even for an experienced entrepreneur. If you have students who are trying to get a company off the ground on campus, $345,000 may not be realistic.”

Chambers noted that this rule would open up new opportunities, rather than inhibit growth.

“We will probably see new funds and new investment strategies emerge solely as a result of helping immigrant entrepreneurs,” he said. “That’s a tremendous opportunity … it’s our job to be current with legislation … and help organize those resources.”

Since the original filing, there haven’t been any major developments in the approval of the International Entrepreneur Rule, but Dobbs noted that the DHS could get it approved and start admitting foreign entrepreneurs into the United States under the rule as early as 2017.

Despite their efforts, the co-founders of UNIBEES said their futures with their business remain in limbo because of the limitations their visa status imposes on them.

“It’s totally dependent on how things pan out by the time we graduate,” Kalidindi said. “But right now … we’re really looking forward to the (startup visa) and we hope that it gets passed.”

Chambers said the growing trend in the globalization of venture capital funding and the increasing importance of diversity in the workforce signals a new chapter for entrepreneurship in the United States.

“Diversity is becoming a very valuable trade that the biggest and the most successful venture capitalists look for,” Chambers said. “I think it just requires a certain amount of focus and a certain amount of lobbying from … various groups. I believe (the startup visa) is ready to be taken very, very seriously.”

In spite of the challenges that Kalidindi, Achanta and Kurani face ahead, they remain optimistic about launching startups in the United States.

“One suggestion that I can give to international students here is … don’t let these problems stop your dreams,” Achanta said. “After we launched (UNIBEES), many people approached us with their ideas and all of them are really creative. The only problem is that because they’re F1, they (think) they can’t do anything.”

Rathi said he also remained hopeful for the possibility of relaunching his business under the auspices of the startup visa.

“This is going to be a huge (deal) for international students,” he said. “When you’re given an opportunity for working legally on something of your own, why not? One way or another, somewhere down the line, we’re going to restart this.” 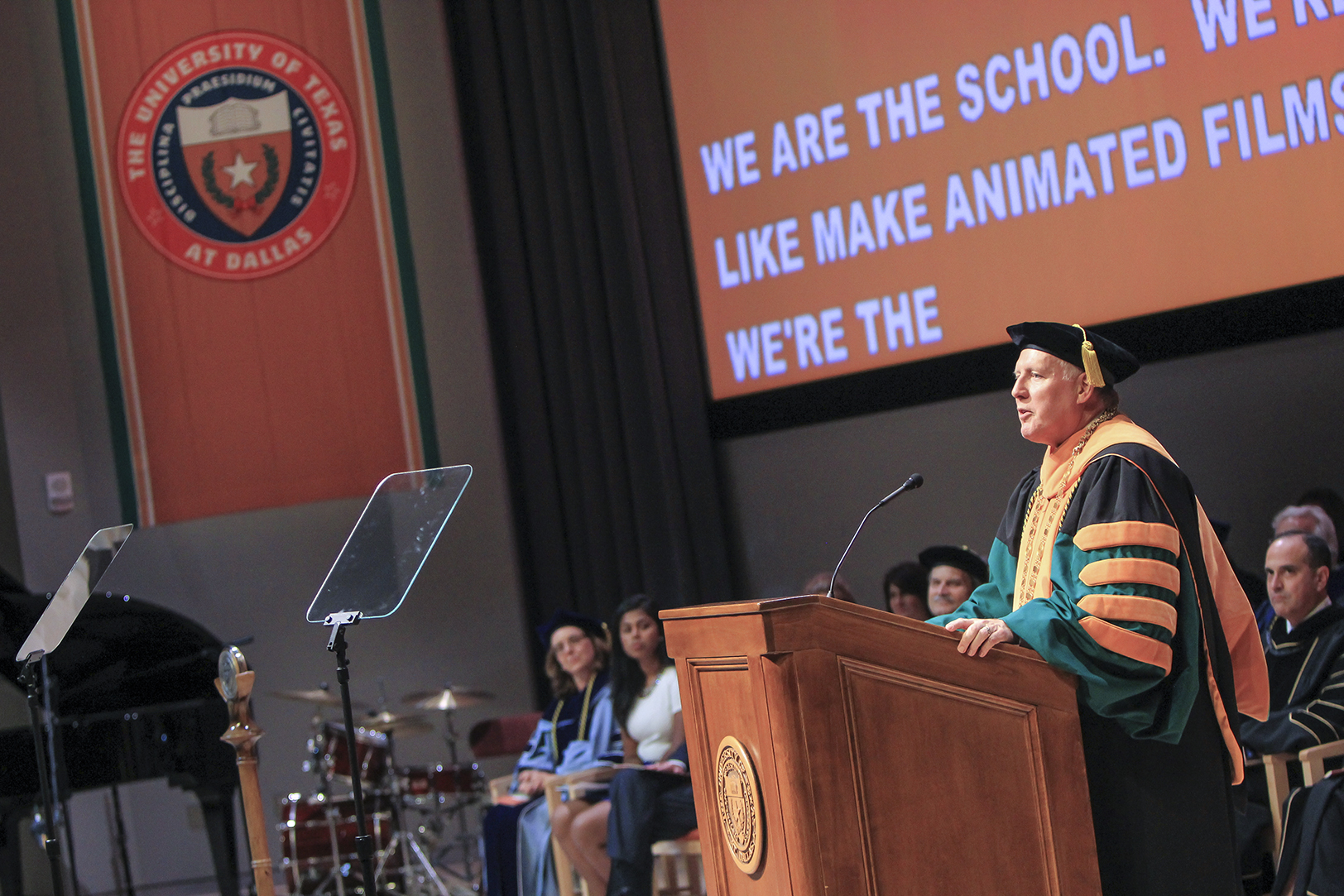