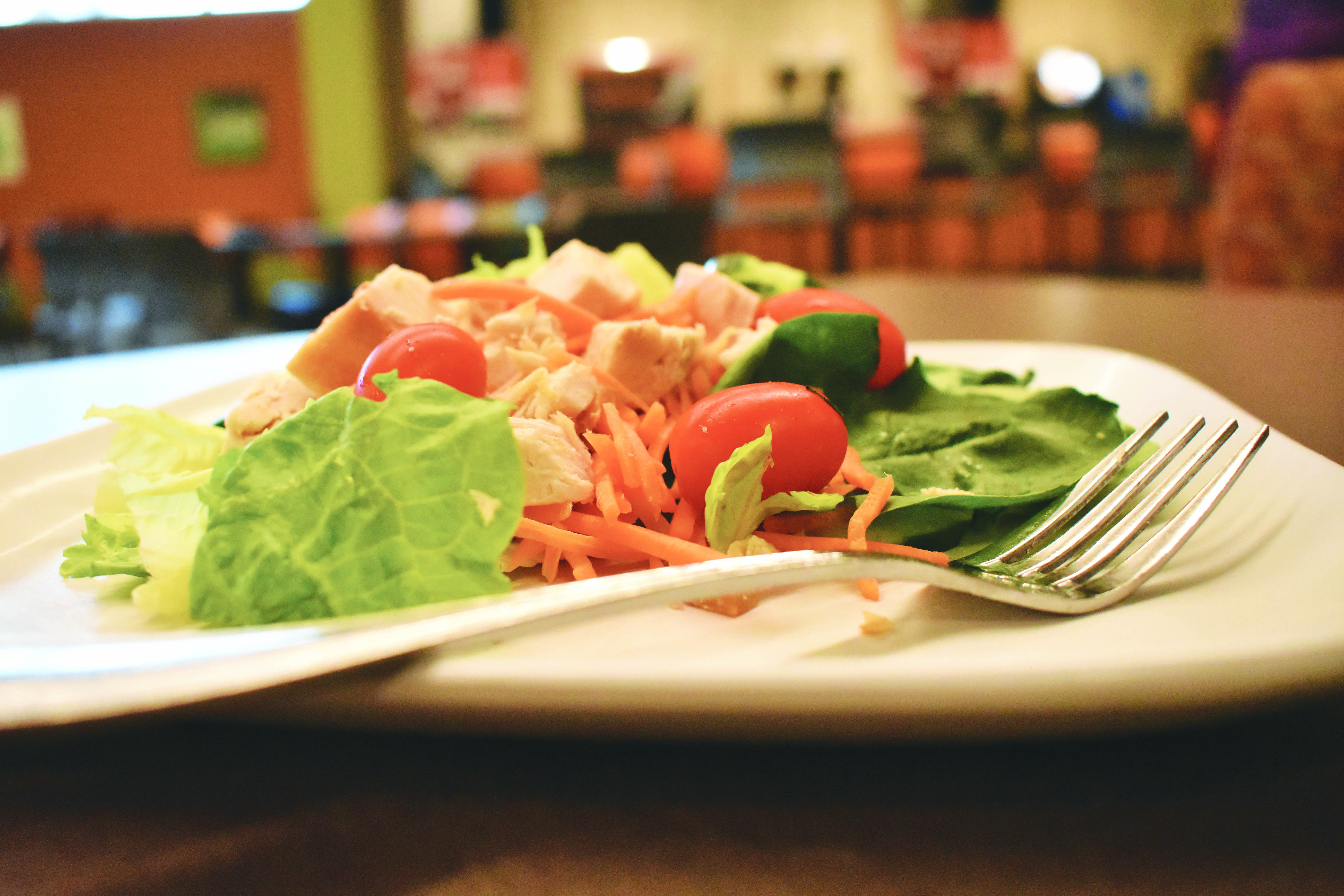 In college, students may have ample food choices — multiple campus restaurants and the dining hall offer a variety of options for eating. Yet one important question arises from this: how many food options at college are healthy?

In a 2012 study at Auburn University in Alabama, 70% of students followed over four years of college gained an average of 12 pounds by graduation. Researchers attributed the weight gain to vending machine snacks, fattening choices in college cafeterias and a lack of activity.

Gene Cristiano, senior executive chef of Dining Services at UTD, said although there may be pizza served, the dining hall also offers a variety of healthy options.

“We have the stir-fry station that consists of a lot of leafy greens, a lot of green vegetables (and) proteins. We always offer a vegetarian main course, two vegetables and a protein option that’s available with a small starch,” Cristiano said.

Cristiano said that the nutritional information and calorie content of the food options in the dining hall were available on the Dine On Campus website, where students can plan their meals before they even step in the dining hall. The dining hall also features an Oasis, a station for students with allergies and those who prefer healthier options.

“We want people to make the right choices,” Cristiano said. “They’re young adults, so we have the information on the TV screens on the boards that highlight menu items with colorful icons that kind of point to vegan (options), point to vegetarian (options and) point to avoiding gluten.”

Cristiano said that recipes are carefully vetted through a website called Webtrition that provides calorie contents, sodium and fats of recipes. He also said that foods are cooked in a blended olive oil or vegan butter substitute rather than lard or butter, and superfoods such as apples are featured every month in recipes such as apple brie sandwiches and apple grain salads.

“Looking at the menus over the next couple days, meal options range anywhere from 210-800 calories, depending upon what you have. And in the G8 (section), they range from about 360-530,” he said. “So, it’s easy to fit your dietary restrictions based on calorie content.”

Along with the dining hall, UTD offers multiple other campus eateries: Firehouse Subs, Halal Shack, Chick-Fil-A, Smoothie King, The Market at UTD and Einstein Bros. James Suttles, a junior majoring in finance, said that the calories of single-serving food options were too high.

“I’m very disappointed with the amount of lower calorie options and the lack of detailed nutritional panels that we can get from inside here. You can see the caloric value of their prepackaged foods, but it’s not detailed enough, so you can’t follow how many grams of sugar are in it,” he said. “If you’re running a 2000 calorie diet, and everything’s 800 or 900 calories, you’re blowing through half of it just for a single serving.”

Jarod Klavon, a mechanical engineering junior, said that there aren’t enough options, especially for those with meal plans.

“The shortest lines are Chick-Fil-A’s and Panda’s,” he said. “Those are probably the most fried food you can get. You want something healthier, you have to go to Firehouse or Smash, and there’s a big half hour or more line, especially during rush hour.”

For Klavon and Suttles, this means packing lunch themselves. Klavon said that he makes his own lunch every day while Suttles said he brings in his own snacks.

“I’ll bring a package of tuna, and a packet of cheese, and then pickle relish, and that’s what I snack on all day, because there’s nothing reasonable that I can get regularly,” Suttles said.

Suttles said that there needs to be more fresh fruit and vegetable options such as snack peas, carrots and broccoli.

“I want to see a more detailed nutrition value, including fats and sugar content, as well as just the calorie content,” he said. “Where I’m at, (healthy eating) is the second or third most important thing that I’m doing right now.” 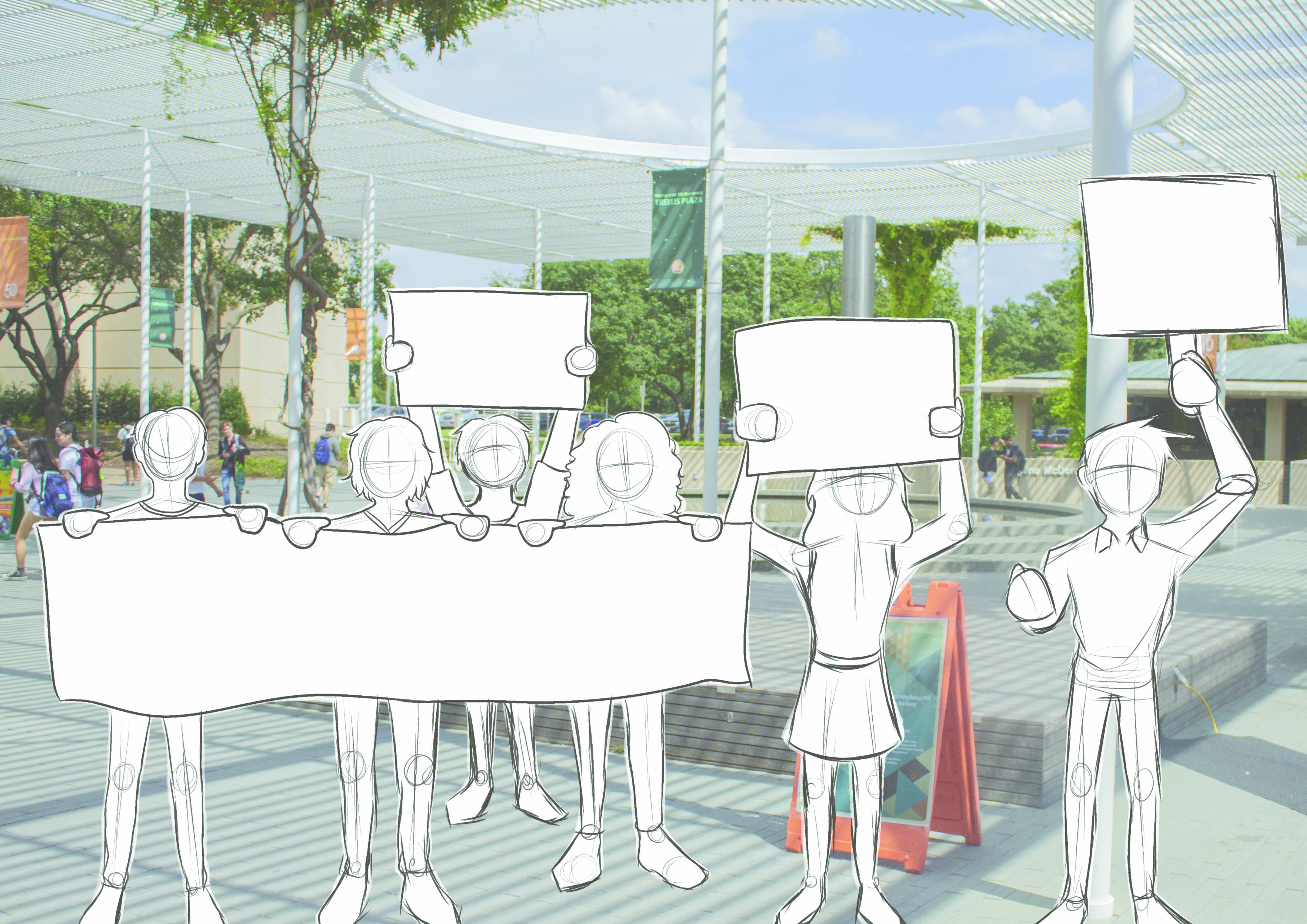 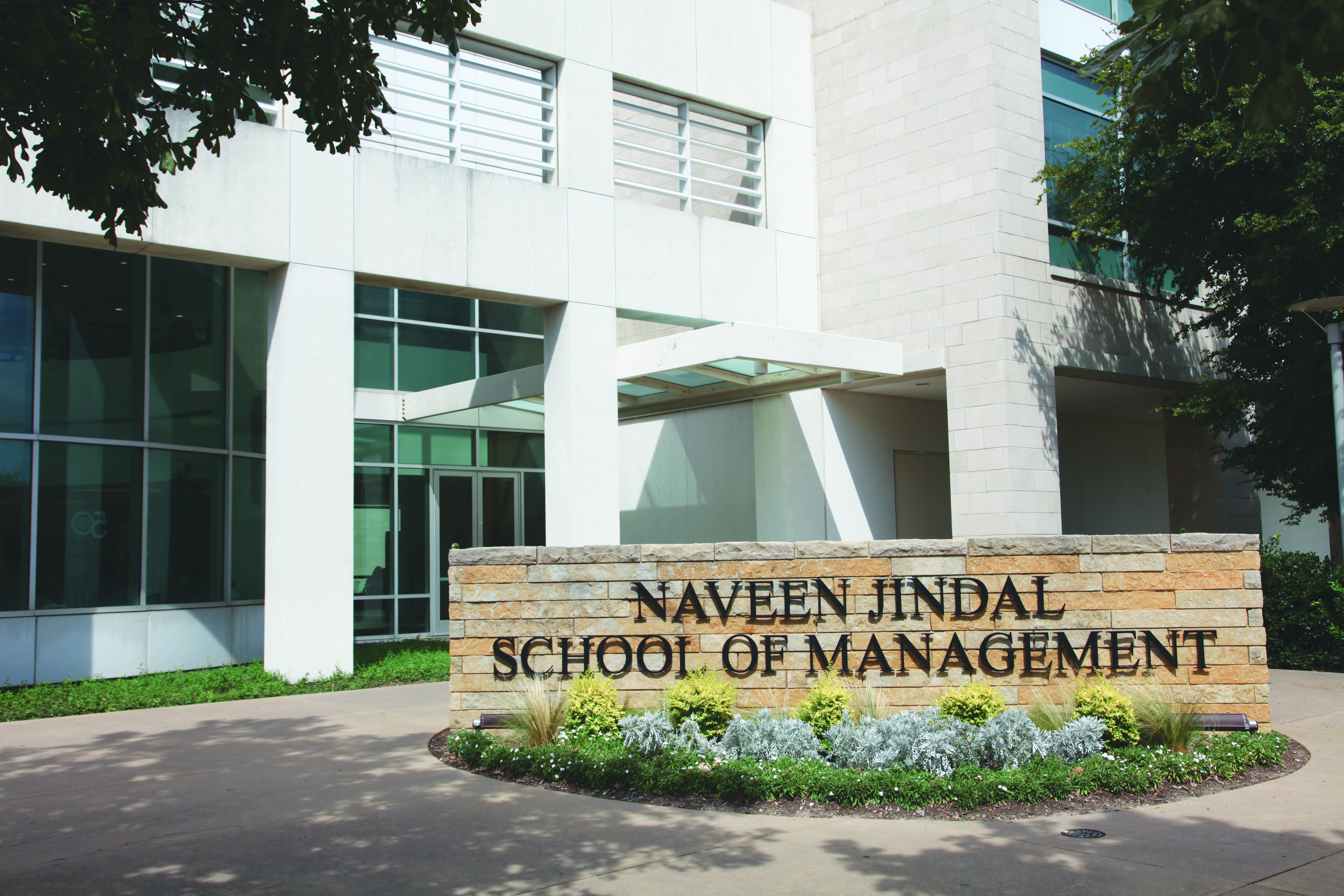