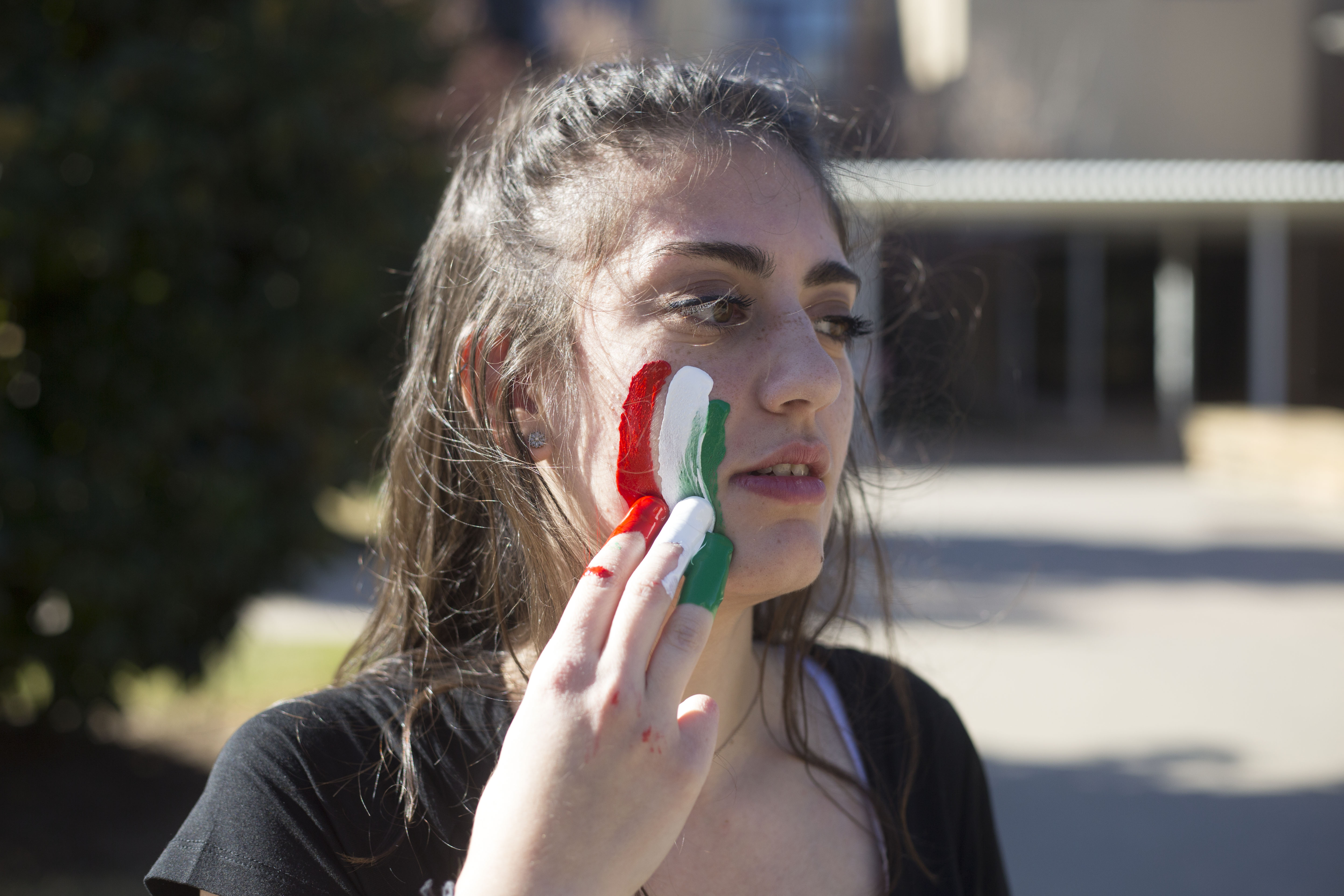 Marketing junior Alaae Nasser wears the colors of the Lebanese national flag. Nasser came up with the idea for her photobook while reflecting on her multicultural background. Photo by Noah Whitehead | Mercury Staff.
Featured
Life & Arts

Alaae Nasser, a marketing junior with a minor in visual arts, created a small photobook of students whose families originate from nations across the world.

Each student was given the opportunity to paint the colors of their nation’s flag somewhere on their skin, and was asked to describe an aspect of their culture that they were proud of in an accompanying quote. The finished product, which took Nasser nearly three weeks to complete, involved students from 12 different countries spanning five continents.

Nasser first had the idea for the project while contemplating her own unique journey as a Lebanese-American. She said she had once struggled to strike a balance between the two distinct cultures, but the love and pride she now felt about her ethnic identity was something she sought to instill into the hearts of others. Nasser said she felt the photobook she was asked to create was the perfect opportunity.

“I was just sitting and thinking about how I grew up and how I’ve grown to love myself and the person I am, and it came to my mind to carry that love into other people,” she said. “I wanted to give them a sense where, through the paint, you could feel your culture on your skin.”

Nasser explained in her artist statement, “I felt like this project would be the ideal way to reveal strength in color and beauty in pride.”

It was that pride that motivated arts and technology junior Gabrielle Ngo to participate in Nasser’s project. Ngo, who is half Vietnamese, a quarter Lao and a quarter Thai, said she was excited to participate in a project that exemplified UTD’s diverse international community, and helped emphasize the benefits of coming from a varied ethnic background.

“It just kind of reminded me that (my ethnicity) is what makes me as a person and that’s who I’m proud to be,” Ngo said. “Being a part of so many cultures allows me to have so many different experiences and allows me to relate to so many people, but it’s also just a sense of recognizing your ethnicity and being proud of who you are.”

However, not everyone who volunteered for the project expressed pride for their native country at the beginning of their interviews with her, Nasser said. When she first began talking with her participants, she discovered that people had difficulty thinking of positive attributes regarding their cultures. She explained that holding honest conversations about negative aspects of their homeland allowed her participants to see how their upbringing had shaped them for the better.

“I feel like sometimes people are almost ashamed of the things that they’ve heard about their country, but in the end, they realize that this is something that’s a part of (them) and that has made them … have this open mindset to look at things differently,” Nasser said.

When Nasser completed her photobook on Dec. 5, she not only submitted her final project to her professor, but also chose to upload the finished product to Facebook. Both she and her participants were surprised by the magnitude of the response her photos received. Alexia Dos Santos, whose family is from Sao Paulo, Brazil, said that in addition to the overwhelmingly positive response the project received, it also alerted Dos Santos to a Brazilian community at UTD that she never knew existed.

“When Alaae posted some of the photos on the Facebook page, there were some people that actually reached out to me that were Brazilian that I didn’t know before, and a lot of people that just commented on the project in general that thought it was really cool, so I didn’t realize that it would have as large of an impact as it did,” Dos Santos said.

Nasser said she is not done yet with the project. She plans to do a video compilation of candid shots and voiceovers with her interviewees, to provide more in-depth stories involving their cultural heritage. She is also willing to replicate her project for anyone who would like to participate outside of her class assignment to continue illustrating the cultural diversity she witnesses throughout UTD.

“It not only makes the volunteers remember their upbringing, but it also allows the viewers to notice the beauty in diversity through people we encounter every day.” 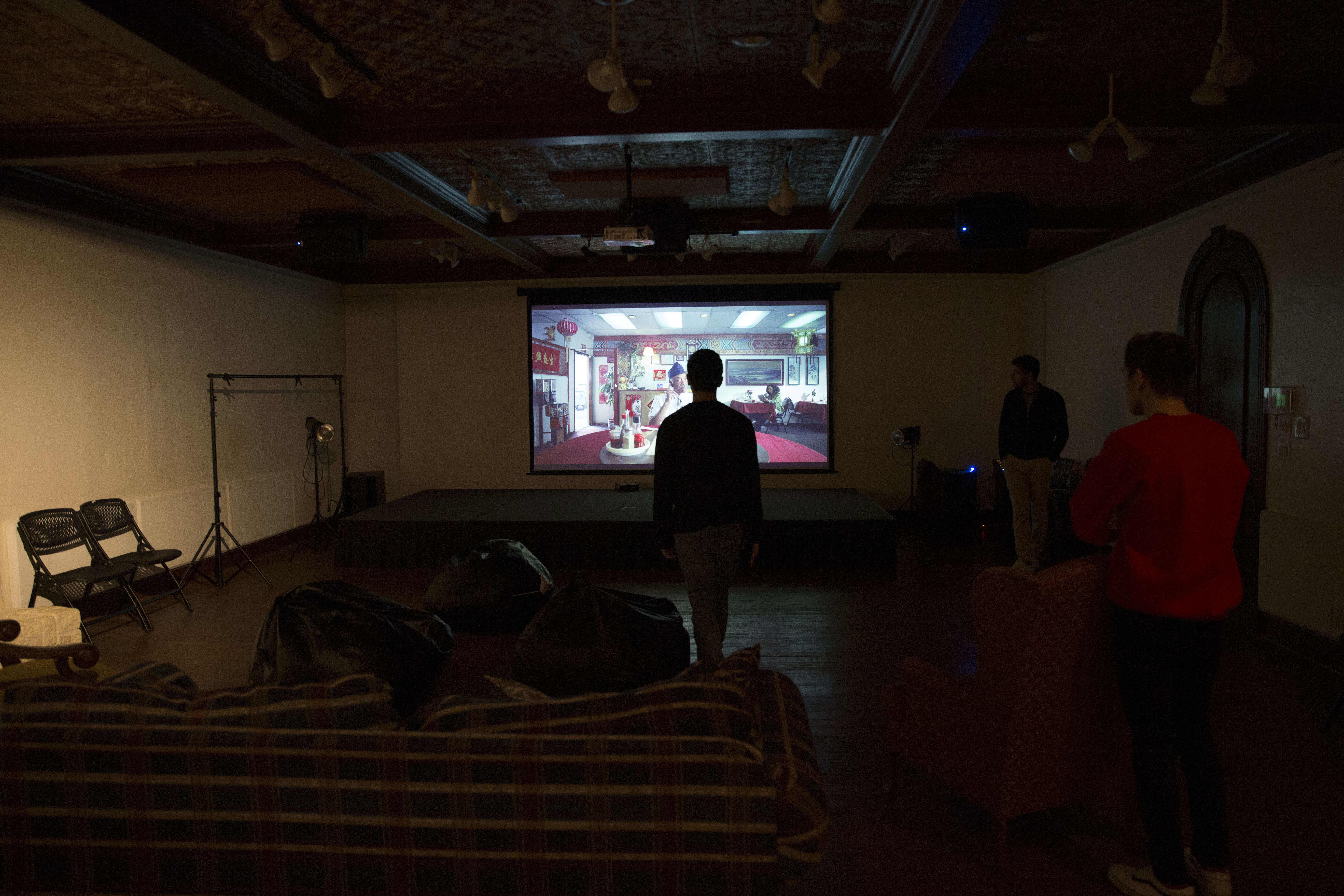