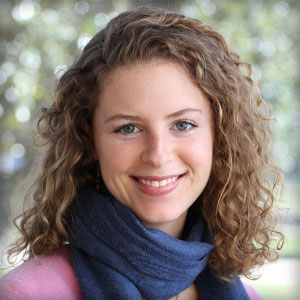 The rainy weather of late has helped our area out of drought. Fields are greener than they’ve ever been since I started at UTD, and it’s refreshing to watch that change grace Texas. Unfortunately, one thing has not changed: UTD continues to waste an incredible amount of one of the most precious resources — fresh water — via irresponsible landscape irrigation. This is wrong.

I have alerted the UTD police on several occasions when water was gushing out of a burst sprinkler head. Broken and misaligned heads are a regular occurrence on this campus’ sprinkler system. What amazes me most is that sprinklers regularly continue to water during periods of rain.

The placement of the sprinkler heads is equally nonsensical, as many heads spray directly into parking lots and roads. Instead of aiming heads efficiently, they were installed along curbs so that much of the water from curbside sprinkler heads shoots directly onto the roads. Much of the water used for landscaping never soaks into the ground and instead flows down streets in “rivers” that campus residents are accustomed to encountering nearly every night. The water is not only wasteful but also dangerous to longboarders and skateboarders who cannot ride safely when roads are wet. The regularity of the rivers in the middle of roads is so common that students observe the running water as a regular campus occurrence. This is an atrocity.

Ironically, UTD is portrayed as a “green” university. In fact, UTD was named one of the greenest universities in the 2013 edition of The Princeton Review’s Guide to 322 Green Colleges. Our Student Services Building holds Leadership in Energy and Environmental Design, or LEED, Platinum status, and the UTD website touts, “The design incorporates water conservation measures.” Unfortunately, a stone’s throw away, irrigation runoff pours down the storm drains. I hope that we can live up to our reputed title as a green campus and stop using so much water to wastefully maintain a “green” façade.

As Director of the Center for Green Schools Rachel Gutter says, “The University of Texas at Dallas is setting a powerful example of innovation in green building while promoting institutional change for the entire campus.”

UTD must correct the inefficient sprinkler systems so that our campus can uphold its honor as an exemplary university.

I understand that it will be a large and expensive undertaking to redesign the sprinkler system. But on a campus that is in the habit of building world-class facilities, I think it is not out of the question to have an efficient watering system. Moreover, as a university that specializes in technology, it seems fitting that we redesign the sprinkler systems to adapt to weather patterns and other variables. I hope that UTD can correct the inefficient sprinkler systems so that our campus can truly be a lodestar for environmental responsibility.

It is embarrassing to see the banners declaring “Stage 3 Water Restrictions In Effect” all along Campbell Road and across Richardson while water runs down the pavements at UTD, a university aiming for Tier One status. Water use exemption status is no excuse for carelessness — wasting water is wrong. As the cost of this wasted water is clearly not reason enough for the university to remedy this institutional ailment, perhaps the absolute hypocrisy of wasting water is. At UTD, we showcase our own school colors: Cosmic Orange and Eco Green. Let’s uphold UT Dallas integrity and show that Eco really can coexist with Green.