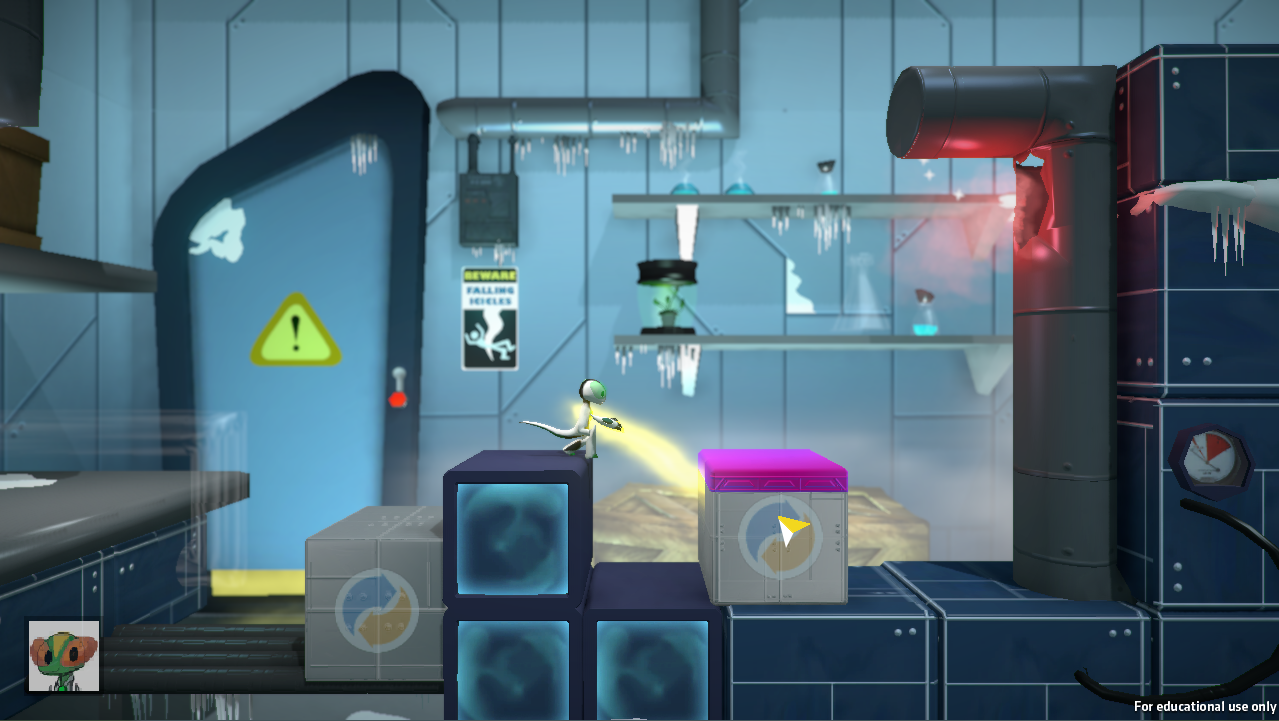 A creative director mimics running in slow motion as artists around him take notes, brainstorming ideas for character movement. Executive producers meet with the engineering team in the corner, reviewing the latest software build. Level designers in another room sketch the many environments to be included in the game.

This is a typical day for students enrolled in the Game Production Lab course — more commonly known as Game Lab. The course, which has been offered since 2008, serves as a hub for collaboration and creativity while giving students the opportunity to see what it’s like to have a profession in gaming.

“Most, if not all, of the students in Game Lab want to go into the game industry and are considering that as a career,” said Michael Breault, a clinical professor in Computer Game Design and co-teacher of the course.

The course, which is one of the highest-level production courses offered to undergraduate and graduate students, operates on a semester-by-semester basis. Around 50 game projects are pitched to Breault and a handful of other faculty.

From this pool, eight are chosen for live pitches. Then, two are developed during the following semester. Typically, 20 undergraduates and 10 graduates are chosen for the course. For Breault, who helped develop the successful “Dungeons & Dragons” board game, the Game Lab’s team-based environment is an especially important component of the course.

“The students get to work with all these different people — not just people who have different specialties, but different personalities,” he said. “It’s very different from developing a project on your own or with your friends, because there are people you may not get along with. You have to work with them and make sure everybody’s pulling in the same direction. It becomes a very honest appraisal of how much these students like the game industry.”

Monica Evans, who received the first ever Ph.D. from the ATEC program and went on to establish the Game Lab course when she returned as a faculty member, pointed out the student driven nature of the course.

Students are placed on one of two projects for the semester and serve as directors, producers, engineers, artists, animators and narrative designers. After eight weeks of initial development, there is a public presentation in which the creators put their game on computers so anyone in the university can play it.

A survey is provided so the creators can receive feedback. At the end of the next eight weeks, the components of the game are finalized and the team begins to polish and debug the game.

“It very much mimics the stages a real game goes through,” Breault said.

Because of the amount of effort that students put into the course, Evans noted students become extremely invested in their work.

“Most of the games (created) in the last few years of Game Lab have gone on to be in production outside of the classroom as well,” she said.

For example, Michael Stewart — a recent ATEC graduate — helped create a game called “Push and Pull” during Game Lab’s spring 2015 semester and later received offers to publish it, prompting him and his team members to continue developing the game.

Stewart and his partner, Dean Soeder, came up with the idea for “Push and Pull,” a game about creatures who use the power of magnetism to move objects, during the fall of 2014. After several rounds of bug testing and polishing, they presented their prototype to Scott Swearingen, another faculty member leading the course, who then suggested pitching the project to Game Lab for full production. In addition to successfully lobbying the idea, Stewart and Soeder managed to convince the faculty to have all 30 students in the lab work on their project, rather than splitting the students between two projects.

“I was the lead director, which meant I was (involved) with every aspect of the game,” Stewart said. “I was building a bridge of communication between all the different teams.”

Part of the challenge for Stewart was ensuring that his vision for the game was consistent with the visions of his team members.

“The first thing I did with my team was making sure that everyone felt like this game was theirs, not just mine,” he said.

For Stewart, there are exciting opportunities ahead in the world of gaming. He is currently working towards obtaining his MFA from the ATEC program, is serving as a teaching assistant for the undergraduate Game Design I class and is collaborating with the Perot Museum to develop educational games for children. In addition, “Push and Pull” was recently featured at PAX South, a popular gaming convention that took place in San Antonio this year. Stewart said he attributes part of his success to the skills he gained in Game Lab.

“It allowed me to sharpen my soft skills, especially in terms of working with people,” he said. “I learned how to work on a team and lead a team at the same time.”

For Evans, who created the course, Game Lab has evolved to become one of the highlights of the ATEC program.

“It’s one of the things I’m proudest of,” she said. “Game Lab is one of the ways in which all of our students can come together and make something spectacular.” 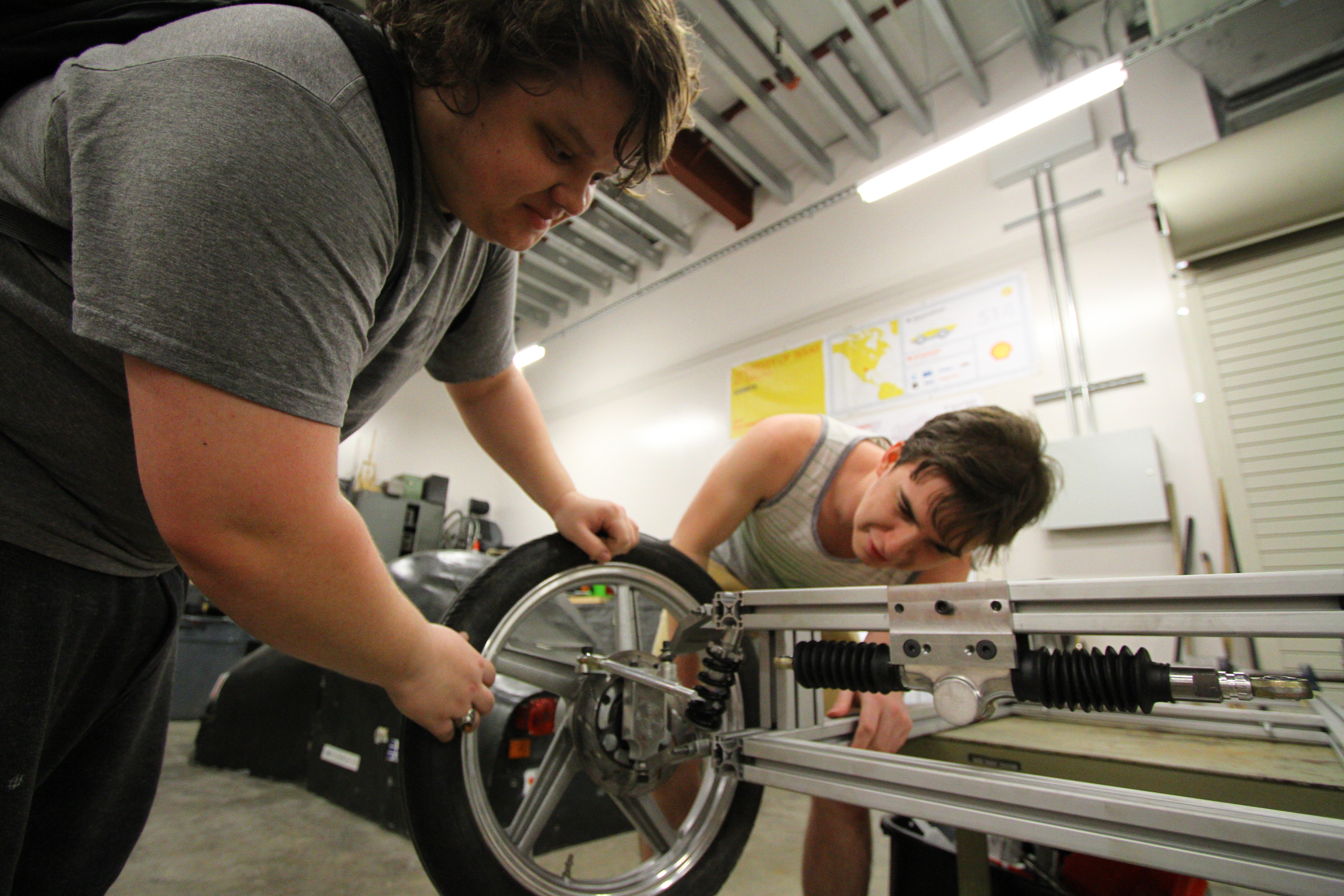