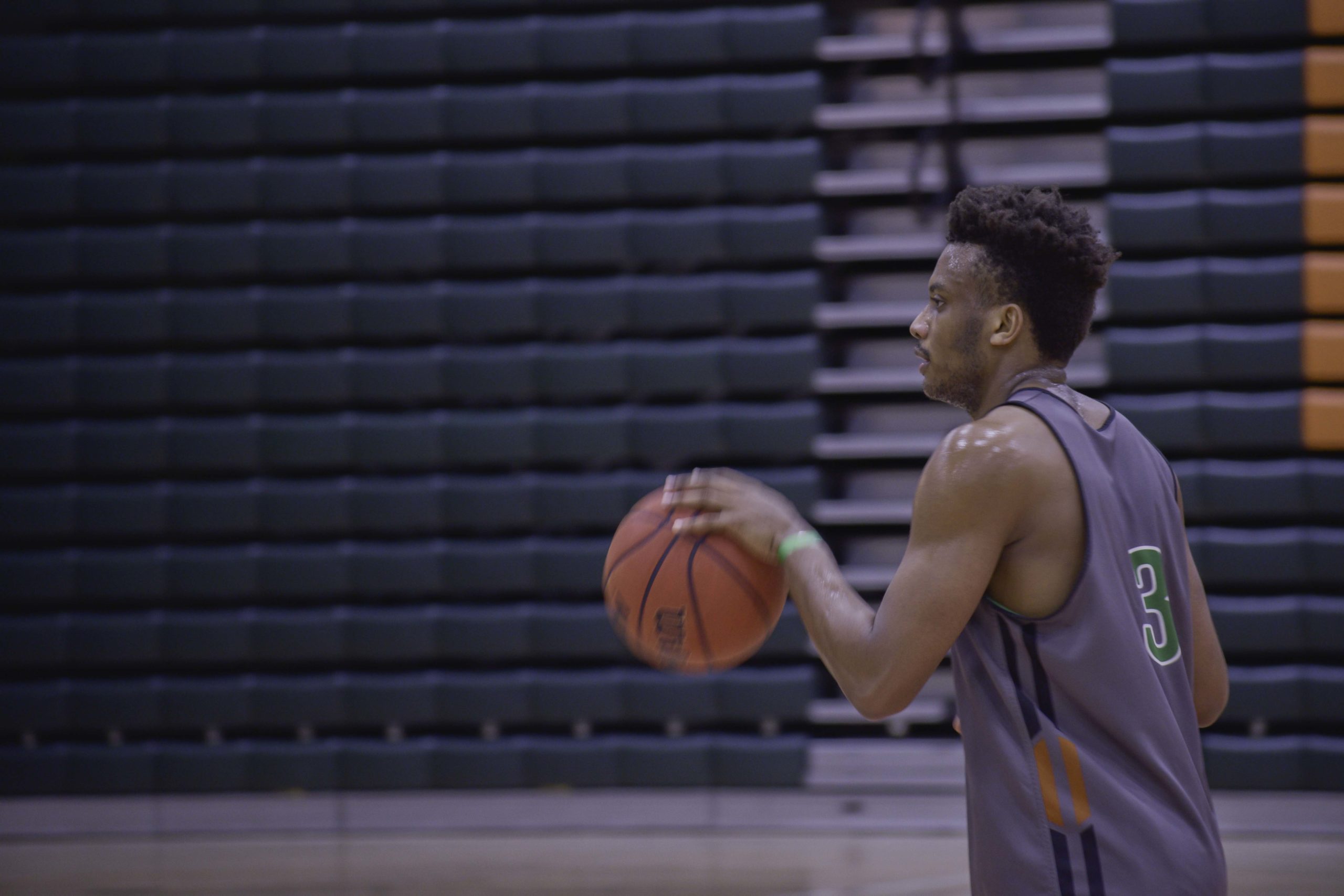 After serving as student manager on the men’s basketball team for the past three years, human resource management senior Donovan Williams was added to the roster as a guard in January.

Williams tried out for the team during his freshman year, but due to the small size of the roster, there wasn’t a spot for him. He was instead asked to be the team’s student manager: a logistical and administrative role in which he has excelled, said men’s basketball head coach Terry Butterfield.

“I felt that he was, first, just an outstanding man, which you always like to be around; but he was also very much in tune with the other guys on the team,” Butterfield said. “He really knows everything we’re trying to do; he was sort of a hybrid between a manager and maybe a student assistance coach.”

This year, a couple of players dropped off the team for various reasons, Butterfield said, which left open spots. When the team returned after winter break, Butterfield and assistant coach Jared Fleming decided to move Williams to the active roster.

“I had contemplated all along how we might involve him because of his tremendous dedication and loyalty to the program,” Butterfield said. “We decided to go ahead and really try to give him the sort of experience I know he’s wanted all along.”

In his role as manager, Williams traveled with the team and handled everything from uniform and equipment maintenance to keeping statistical charts during games and helping with drills during practices, Butterfield said.

“There’s really not anything he can’t do. . .he’s got skills,” Butterfield said. “He’ll do something (in practice) that involves handling a ball, making a pass, standing and defending somebody, so he’s just all-purpose.”

Basketball has been a part of Williams’s life for a long time: he started playing at five years old and continued throughout high school. Now, he’s carrying on a family legacy that began with his grandfather playing Division 1 basketball.

“It really affected me throughout that season and it still affects me today,” he said. “He’s pretty much the reason why I still play.”

Williams said that his UTD basketball experience has been a connection to family: his extended family on the west coast watches every game online, and one of his favorite experiences with the team was visiting Memphis ­– the city where his grandmother is from – during his freshman year.

“We got to go to the Lorraine Motel, which was where Dr. Martin Luther King was assassinated,” Williams said. “And it was a really humbling experience for me as an African American man.”

Williams said that he was shocked when Butterfield announced at practice that he would be added to the roster.

“It was a great experience because I had no idea that was going to happen,” Williams said. “It’s been a tough year on everybody, and I think this is a huge confidence booster going into overall life because I’m about to graduate in a few months.”

After the season ends, Williams said that he’ll focus on helping his younger brother get a basketball scholarship. For now, he’s excited to contribute to the team as they work toward a conference championship.

“(Williams) is anything and everything you would want in a student-athlete in our university; he’s a full-fledged member of our team. He’s wearing the colors, he’s running, he’s representing our school in the very highest way possible,” Butterfield said. “And me, along with the guys on the team and my assistant coaches, we are the biggest Donovan Williams fans in the entire university. And that’s what I want people to know.”