The Interfraternity Council will host “Walk a Mile in Her Shoes” to raise awareness about campus sexual assaults, rape and gender violence for the second time Oct. 9 on the Plinth.
Members of different fraternities will walk in high heels and dance in women’s shoes, symbolizing their solidarity with women.
They will also talk about how men can help start the dialogue on preventing sexual assaults as part of a worldwide initiative that started in 2001, said Daniel Bricker, psychology senior and Interfraternity Council president.
“One of the biggest things is breaking stereotypes,” Bricker said. “Fraternities are seen as sexual assault offenders. They’re stereotyped that way, so I just think these events help us spread awareness and put the right foot forward.”
The Interfraternity Council, or IFC, hosted the event for the first time last year and is repeating it this year as part of Sexual Assault Awareness Month, said Daniel Hernandez, assistant director for Greek Life Programs.
The event comes at a time in the academic year commonly referred to as the red zone, a period during the fall semester between Labor Day and Thanksgiving when freshmen are more susceptible to unwanted sexual advances, according to a study published in the Journal of American College Health in 2008.
The study also found freshmen were more likely to be victims of such advances than sophomores.
Members of fraternities have been found to come under more peer pressure to have sex that leads to sexual assault, according to a 2012 study titled “Sexual Assault on the College Campus: Fraternity Affiliation, Male Peer Support and Low Self-control.”
The study, which surveyed 255 male students in a large, public northwestern university, found fraternity membership also indirectly led to more alcohol-related sexual assaults. Members who had lower self-control were more likely to watch pornography and show risky alcohol consumption and sexually predatory behavior.
Peer pressure is much less of an issue here, however, said Julie Murphy, assistant director for Greek Life Programs.
“They don’t feel like they have to prove anything unless it’s in the classroom where they want to get a 4.0,” she said. “They save their competitive juices for that environment, and this is supposed to be their fun, extracurricular, friendly, safe place to be.”
Fraternities and sororities are more concerned about their image as a whole and how their actions reflect on the entire Greek community on campus, Hernandez said.
“They don’t want to be what that stereotypical negative image of a fraternity or sorority is,” he said. “They want to show that they’re above that so they think about (the consequences).”
UTD attracts students who are career -oriented and have their 10-year paths mapped out, and members of fraternities and sororities don’t want to get involved in any incident that will blemish their academic record, Murphy said.
As a result, women in the sororities are very confident and vocal about speaking up against men who try to shut them down or make unwanted advances, she said.
“I think the men and women in our population have a healthy respect for each other as well,” Murphy said. “I think they appreciate what the other side is doing, and they help each other.”
Fraternity and Sorority Life actively provides opportunities for men and women in Greek chapters to talk about sexual assaults, peer pressure and how to stick together and protect each other, Hernandez said.
The Student Health Center and Student Wellness Center are invited to speak to members of the IFC, and members can ask questions about coping with image stereotypes, peer pressure and alcohol consumption, he said.
Similarly, the PanHellenic Council hosts “Lunch and Learn” sessions where women can have important conversations pertaining to safety. In one such session, staff from the Health Center and Wellness Center spoke about how students should buddy up at parties, discuss situations where members might have received unwanted sexual attention and talk about bystander intervention.
All fraternities and sororities frequently go through risk-management training, both at the university level and from their national chapters, she said.
UTD reported two sexual offenses in 2013 and one in 2012, while also reporting nine instances of dating violence and 23 instances of stalking on campus, according to UTDPD’s Annual Security Report.
At the national level, several universities have recently come under scrutiny for mishandling sexual assault cases and for violating federal mandates on prevention of gender discrimination.
On May 1, the U.S. Department of Education released a list of 55 universities with Title IX violations that were currently under investigation for noncompliance with the federal mandate on sexual-violence laws.
The list includes top universities such as Harvard, Princeton, University of California Berkeley and Dartmouth College. Southern Methodist University and UT Pan American were included on the list.
Members of fraternities have come under fire nationwide for alcohol-related sexual assaults according to a New York Times article, “Efforts by Colleges to Curb Assaults Focus on Fraternities,” published June 12.
After being linked to several allegations of injuries and deaths, the Sigma Alpha Epsilon national chapter announced a ban on its pledging rituals.
Amherst College barred its fraternities from campus, but the fraternities continued to function off campus and left administrators with no oversight of their activities.
Banning fraternities is not a solution, Murphy and Hernandez agreed.
“I think (banning fraternities) is just a quick fix. People are scared and they want the situation to go away, and who doesn’t?” Murphy said. “But like many things in 2014, there’s no quick fix. It’s built up for this long, and now we slowly have to peel away the layers and figure out how to solve it.” 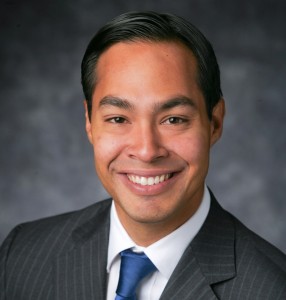