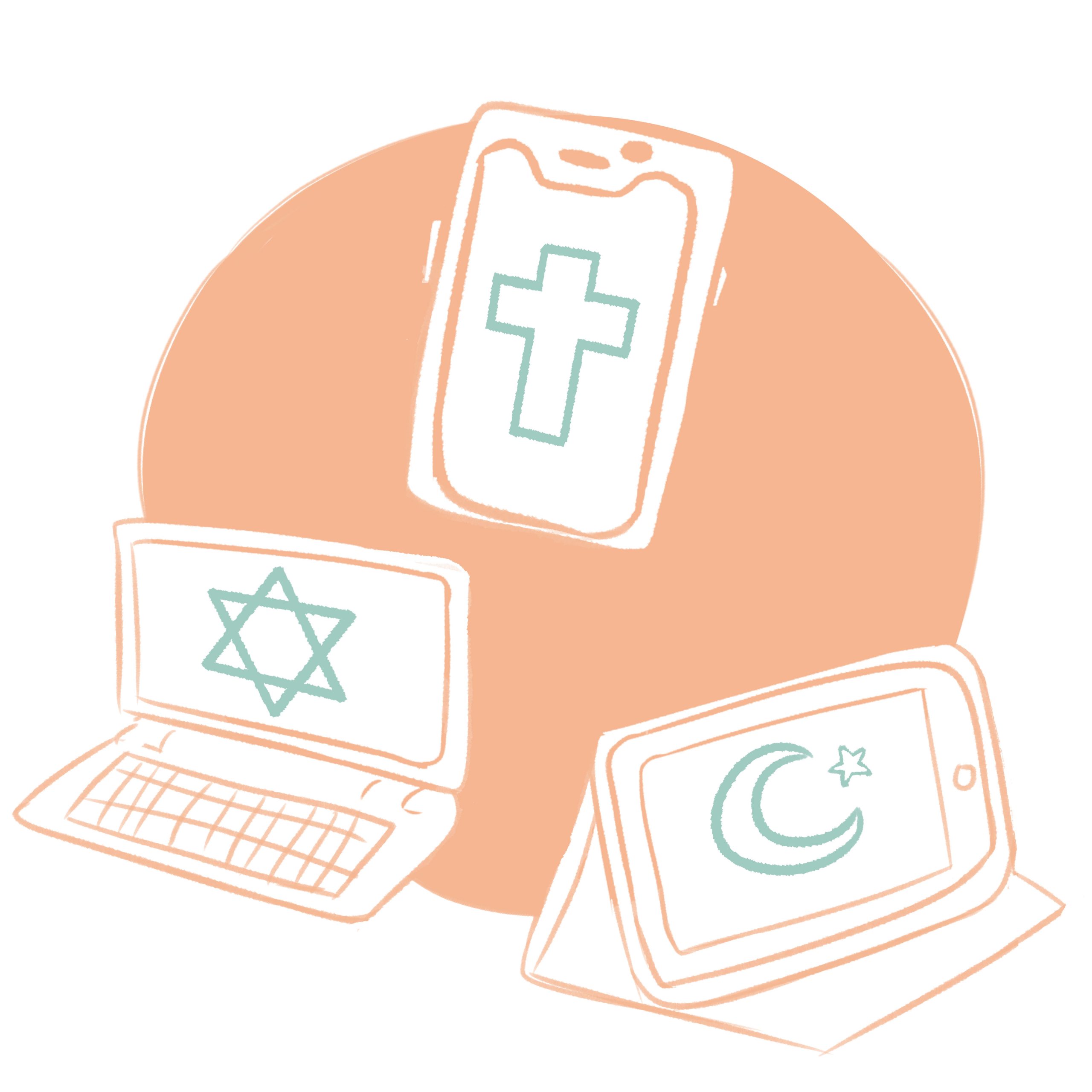 Students across campus are celebrating Passover, Easter and Ramadan without some of the traditions central to their faith as the spread of coronavirus and stay-at-home orders prevent gatherings.

These holidays share themes of heightened devotion, personal reflection and restrictive eating. The Jewish Passover, from April 8 to 16, marks the rebirth of Israelites as they were freed from Egyptian slavery. Easter Sunday, which fell on April 12, celebrates Jesus’ resurrection, and for many denominations, punctuated the end of a 40-day period of fasting. Ramadan, which began April 24 in the U.S., is an annual month of fasting, prayer and reflection calling Muslims to fulfill one of the pillars of their faith.

During Ramadan, many Muslims begin fasting by gathering with friends and family via a pre-dawn Suhoor meal and end their fasts with an Iftar dinner. Social distancing measures limits these to immediate families. Aishah Khan, a psychology junior, said she is already planning new ways to celebrate this, as well as Eid al-Fitr, the festival that marks the end of the 30 day fast, which traditionally has large, communal prayers.

“We’ll call family and friends and talk to them and feel that celebration with them even though they’re not physically present with us,” Khan said.

Many synagogues, churches and mosques around the country are exploring new ways to serve the members of their community. Thomas Otten, a business administration sophomore working as a PA on campus said he attended a livestream church service on Easter and used Zoom to talk to his family while maintaining social distancing.

This physical isolation contrasts with the strong sense of community present in so many traditions. Speech pathology and audiology junior Janna Tanriover said Ramadan is usually a time that shows the strength of the Muslim community.

“All the Muslims around the world fast during Ramadan. It is a time for us to pray together, to eat together once we break our fast and just experience all the difficulties of fasting as a whole group of people,” Tanriover said. “Not being able to be around other people is the main challenge.”

Tanriover said that she is already seeing the community come together in new ways, and that she is now attending religious lectures online that are streamed to Instagram Live and Facebook Live.

“One good thing is that a lot of things have shifted online,” Tanriover said. “There is at least a sense of normalcy in those things.”

Many are finding regularity in live streaming of services and prayers, decorating their houses, having video calls with friends and family, dressing up for services as if they were attending them in person and joining emerging online communities. Some UTD religious clubs are organizing online as well.

Family traditions have also helped many create a feeling of regularity. Brittany Sam, an accounting sophomore, celebrated Passover with her family in Houston. Her family kept kosher and abstained from the fermented wheat, rye, spelt, barley and oats found in leavened bread.

“Although we’re limited in what food we can eat, there are foods that we bring out that we wouldn’t eat during the rest of the year,” Sam said.

Some of these traditional special foods, Sam said, include matzo ball soup and charoset, a fruit dish her father makes. Many supermarkets, particularly at the beginning of safer-at-home orders, experienced shortages of basic goods. Preparing for Seder dinners, a ritualized tradition where friends and family often gather to eat, read, and sing in community, was more challenging for some.

“We had to buy matzo on Amazon and it was a little bit pricey,” Sam said. “We didn’t know what was going to have it and we wanted to make sure we had it on hand.”

Others found their fasting more difficult this year without the distractions of everyday life. Hamza Syed, a freshman studying psychology and founder of a Shia Muslim club, Ahlul Bayt Student Association-UTD, said he predicts it will be more challenging to fast without the bustle of daily life.

“Honestly, I feel like it’s easier if I’m out, going to school, going to work. It takes your mind off the fast. So, I’m preparing for fasting to be harder this year because we’re just going to be at home doing nothing,” Syed said.

“I would hop on Twitter on Sundays and realize I missed so much because everything was happening so quickly,” Otten said. “It was one of my most difficult Lents. A lot of it felt really isolating.”

David Maynard, an actuarial science senior and small group leader for Fellowship of Christian University Students, gave up YouTube and Netflix for Lent, and he said it got harder once coronavirus hit.

“People are flocking to screens. It was a good reminder I have to be diligent in pursuing a relationship with Jesus,” Maynard said. “Netflix and YouTube can certainly get in the way of that when there is nothing to do and no people to see.”

Even old traditions are finding new meaning for many. Traditionally, during the Seder dinner, the youngest capable child in a Jewish family will ask The Four Questions, which begins with “Why is this night different than all other nights?”

“When my sister read it aloud, we looked at each other and laughed,” Sam said. “It was just different. I felt like Passover hit more closely to home this year. It is one thing to say we escaped Egypt, let’s sing about it. But now we’re reading about the plagues and we can’t go outside because there is a plague.”

Some said that the challenges presented by coronavirus are increasing their spirituality and forcing them to focus on the true spirit of the holidays. Syed described Ramadan as a peaceful time focused on selflessness, which he said was needed in these times.

“Everyone is just taking care of everyone else. When we break our fast, we say, ‘Oh, you eat first,’” Syed said. “It’s just feeling really close to family and everyone else.”

Maynard, similarly, said this year’s celebration brought him closer to the meaning of Easter and Lent, which is suffering and renewed faith in Christ. He said he was looking forward to community and togetherness in his spiritual life after coronavirus. However, he said he didn’t want to neglect the ways that these difficult times were also making individuals grow in their faith.

“Often times, it is the trials and tribulations that bring us closer to God,” Maynard said. “I’m looking forward to what God can do through this,” 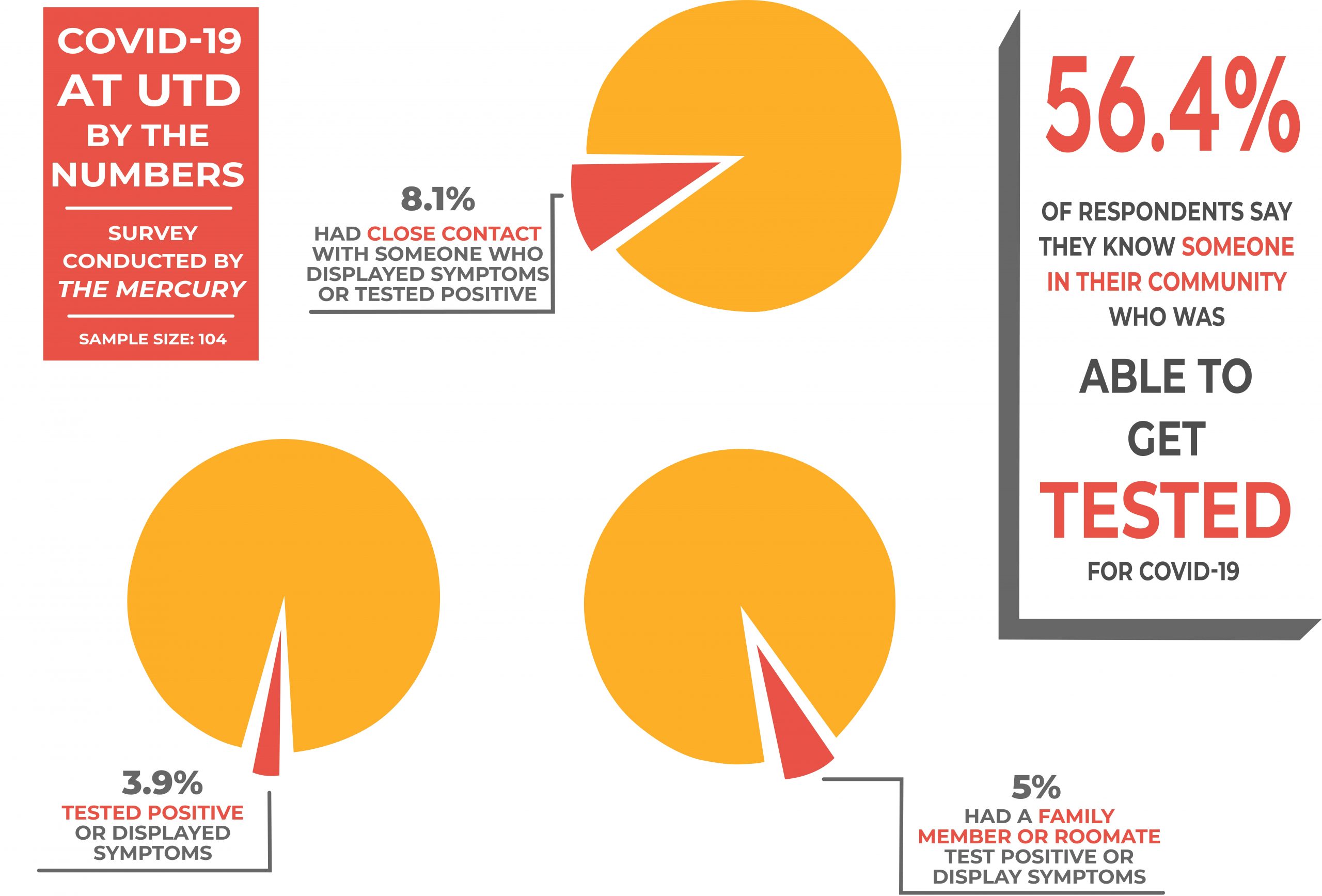 COVID-19 at UTD by the Numbers