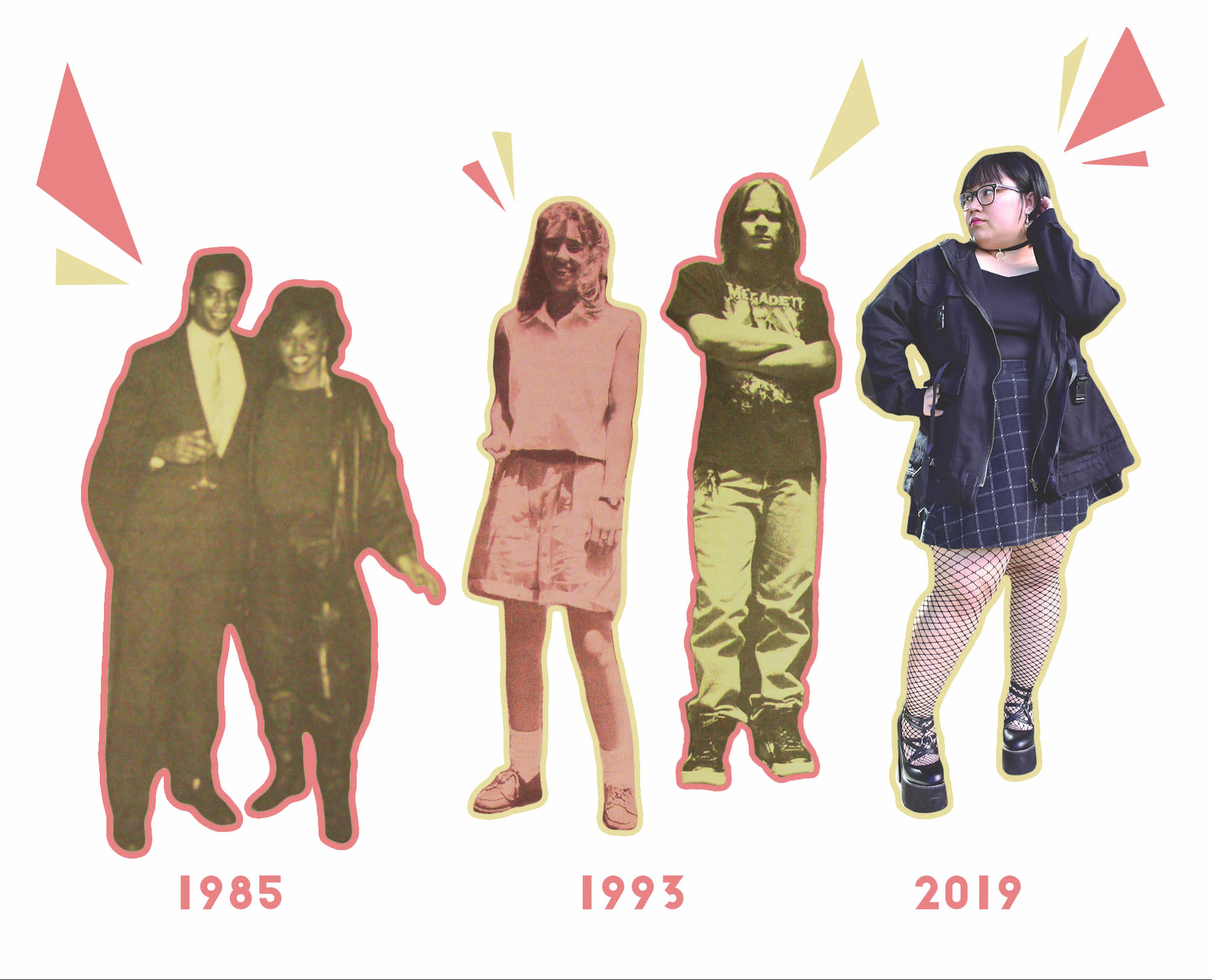 Take a look around any class and you are bound to see students in various attires. In the front of the room, you could see a male with a wool overcoat and shining leather shoes. In the back, a female could be in trendy sweatshirt and ripped jeans. A couple seats down, you might see someone with a baggy holiday-themed pajama pants and slides. These are all equally valid ways to dress, and it’s common to see a large range of styles all throughout campus. That being said, these styles are vastly different than students’ attire decades ago, which begs the question of how it has affected students’ perceptions of themselves and their peers, as well as the professors’ perceptions of them.

Something seemingly so simple as what you wear in the morning can be an aspect that others use to represent you as a person. Joanna Gentsch, a developmental psychologist and senior lecturer of Behavioral and Brain Sciences who always looks fashionably put together, said that she dresses up because it’s the professional thing to do. By putting in some effort, one can end up feeling better. Additionally, one’s outward appearance can be a reflection of one’s mood or state of mind, which others pick up on.

“Social psychologists talk about first impressions, and there’s a lot of work to support it,” Gentsch said. “People definitely make instant judgements that consequently lead them to other ideas about others.”

This is a concept that students in previous generations seemed to take to heart, but has shifted throughout the decades. Public affairs senior Aspen Wilkins, president of UTD’s fashion club, said fashion reflects culture, and whatever is going on at the time.

In the early 1900s, people showed that they were rich by wearing complex clothes because it meant that they had servants to help them get dressed, Wilkins said. With the Great Depression through the 20s and 30s, attire became more casual. In the 50s and 60s, people started pushing limits by wearing shorter skirts. Over time, society has become more casual, which is especially true in the modern day with factories making clothes for cheap prices.

“(Student fashion has) become so much more casual. It kind of makes me a little sad in terms of how casual it’s become,” Wilkins said. “I look back at my parents in college, and my dad was in polos and chinos and Sperrys and my mom was in a little dress. There was a general spirit of ‘I’m in school; I’m here to learn and respect you, professor’ and I think we’ve kind of lost that.”

According to a survey of 131 respondents by The Mercury, 70.1% of students believe that they dress well. This, consequently, could allow them to feel better too.  Choosing what we wear can provide creative joy and can affect our mood, especially if we feel good in what we’re wearing, Gentsch said.

“I do think, from a positive psychology standpoint, that how we dress and happiness are correlated,” Gentsch said.

Dressed neatly in a striped turtleneck and skirt, Wilkins said it feels really nice to wake up and feel like you’re dressed the way that you feel. When people are dressed well, they feel more prepared to take on the day.

“It’s proven that when you dress up, you feel better,” Wilkins said. “That’s why you’re encouraged to dress up in a business environment. It elicits respect from the person that you may be working for, the person you are meeting with or talking to, and they will respect you more. You will feel happier if you are dressed up and you’re not in the same clothes you slept in.”

Although 70.1% of students believe they dress well, the survey also found that only 27.1% of students wear upgraded casual or professional clothes — ranging from nice jeans and casual dresses to full suits — on most days. This discrepancy, however, can be explained by students’ modern definition of dressing well. Instead of using limited criteria for style choices, students choose to express themselves.

Marketing and global business junior Patricia DiFrancesco, vice president of UTD’s fashion club, said that if someone wants to look nice, their version of looking nice is different than someone else’s. DiFrancesco, dressed in a sweater and sporty outerwear combination, exemplified the stylish athleisure trend and said she enjoys the fact that people dress the way they want.

“In America, we prefer to be more comfortable since we’re more individualistic,” DiFrancesco said. “When people dress more comfortably, I feel like it’s almost saying that it’s okay to let your personality, your thoughts and what you want to be heard more than what you’re wearing.”

Although fashion allows students to have more agency over themselves, how they dress can affect professors’ perceptions of them. Klyne Smith, professor of ECS cleanly dressed in matching sports coat and slacks, said that jeans, tennis shoes and a tee shirt is a common dress code for corporate engineers who are making $150,000 a year. Simply put, they’re dressing to the culture.

“It could be a stereotype that they dress because they don’t care,” Smith said. “But it’s more of that’s how our industry dresses, and we’re comfortable with this. For me, at least, (the way students dress) doesn’t shift anything. It’s when you open your mouth and speak; it’s when you submit your assignments and homework.”

Given that industry dress code sets a precedent for student attire, as shown with ECS students, it seems clearer as to why JSOM majors typically look sharp. Royce Jones, a Career Development Specialist within JSOM, said that students are in training during this time in college, and dressing well demonstrates that they are a serious student.

“I do think they take things more seriously here, and one of the reasons is because, at least in our school, you could be showing up for your BCOM class and there’s an employer there,” Jones said. “You’ll want to be able to meet that employer after class, and feel comfortable doing so. Typically whenever there’s an event with employers, we will always say at least business casual. I think that’s where that stems from.”

Jones said that although business-casual wear is expected, it may not be feasible for all students.

“I think there’s another issue that’s underlying this, that you just can’t ignore,” Jones said. “When you’re in college, especially people who have come from different places, their lifestyle is almost at the poverty line. When you think about trying to eat and support yourself, clothes are going to be down on that list. That’s why there are some safety nets, with the Comet Closet and things like that to help people with professional dress. You can’t ignore that does play into how students dress.”

Even though in each school, students had largely different perceptions of how others dressed — notably 14.3% of ECS majors and 75% of JSOM majors believed that their peers in their respective schools were dressed well — the survey also showed that approximately 66% of students across the board in A&H, BBS, ECS, JSOM and NSM believe that they dress well on average. This vast contrast between student’s perceptions of themselves versus others dressing well can be taken as a reminder that people’s definitions of dressing up vary immensely.

“Wear what you feel on the inside — express  it— and you’ll feel so much better,” Wilkins said. 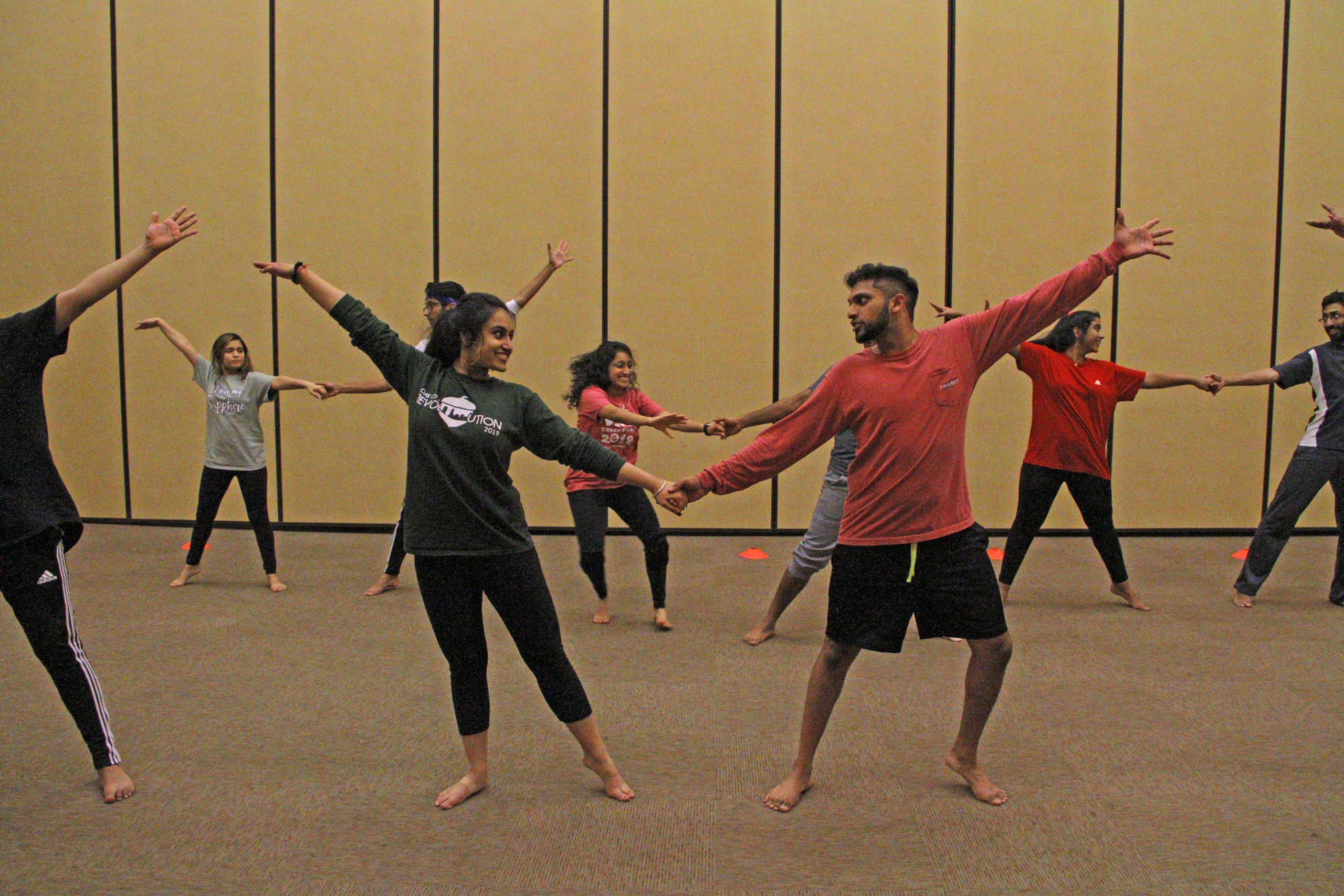 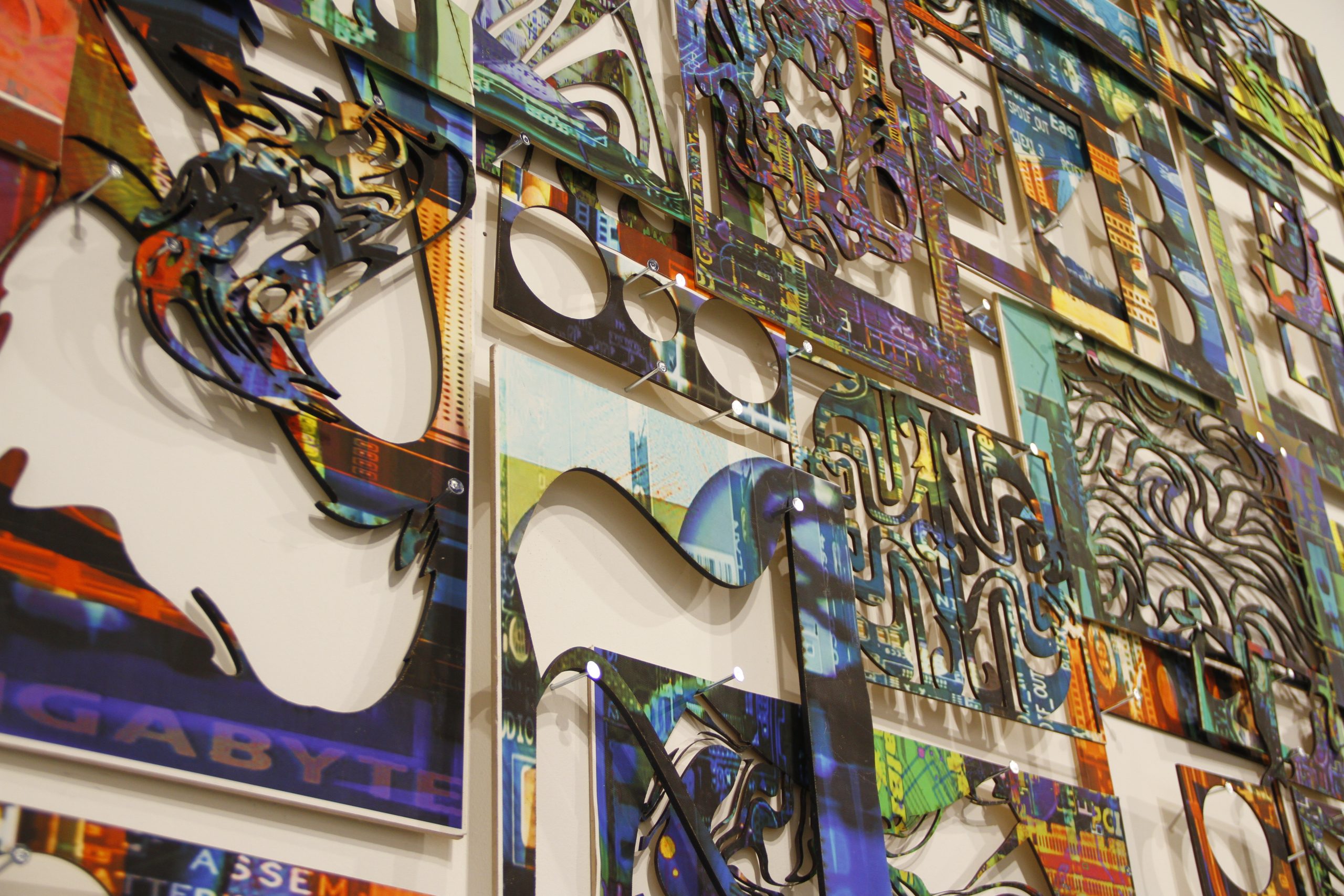