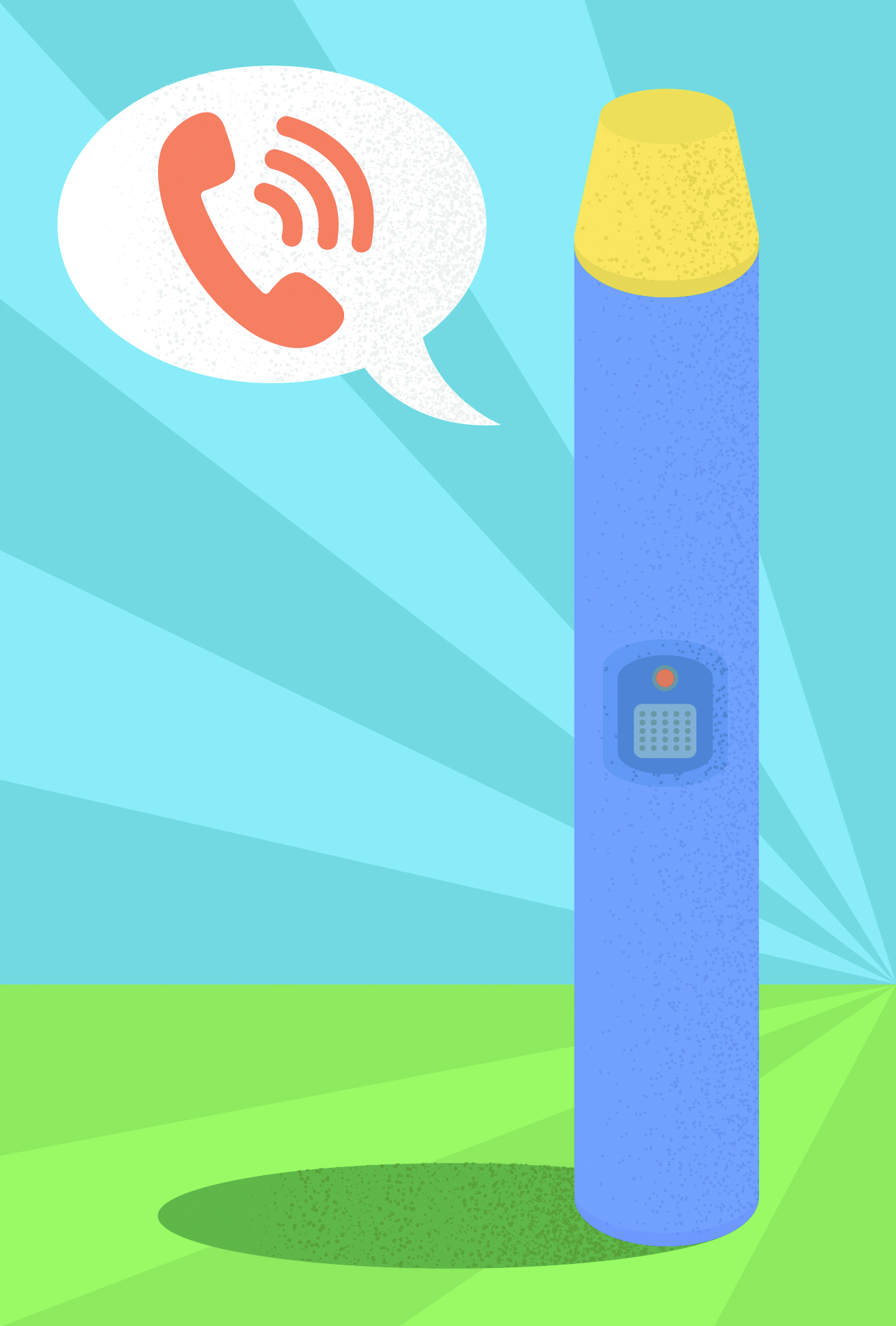 Seven of the blue emergency telephones that are situated around campus were brought back into service in December and January after roughly a 10-month outage. The other 56 poles were already functioning.

During the previous two semesters, a number of blue phones were covered with notices from UTDPD stating that they were out of order. These direct lines to the university’s police department required new batteries and SIM cards, as the phones used 2-G wireless technology that was phased out of service.

Chief of Police Larry Zacharias said the upgrade to 3-G, combined with the cost of new batteries, exceeded the police’s security technology budget, used for blue phone maintenance. Despite maintenance being a very small part of UTD’s overall budget, the poles went without repair for nearly a year.

“This is not a high-fund account, and when we got the bill to upgrade the cellular phones from 2-G to 3-G, there was insufficient balance with no other available funds at the time,” Zacharias said.

According to UTDPD’s numbers, the backup battery replacements cost the university between $3,000 and $4,000. Terry Pankratz, vice president of the Office of Budget and Finance, said perhaps the matter should’ve been brought to the university’s attention due to the amount of time the phones were out of order.

“The one thing we could’ve done in hindsight, we probably could’ve escalated that (to the Office of Budget and Finance), and probably should have if they were out for that amount of time,” Pankratz said.

In addition to the cost of phone repairs, UTDPD may also be paying to install new emergency telephones and security cameras in two locations, although it is not finalized. The preliminary plan is to install new blue phones in both Synergy Park North and Lot U. In addition to the blue phones, UTDPD may also install new security cameras in Lot U, but both the phones and cameras depend on new electrical infrastructure and lighting the university has to install at those locations. Zacharias said the new installations would probably not be funded through the security technology budget.