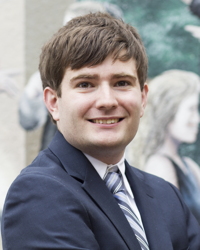 The role of Student Government in campus life cannot be understated. In a year that has seen a tuition increase, the search for a new president and disputes over sexual assault reporting all arise, it has been absolutely crucial to have the leadership of SG President Caitlynn Fortner and Vice President Grant Branam.

With elections for a new administration coming up, it’s clear the way students react to the officers who will replace Fortner and Branam can make or break an entire year.

This year, there will be two tickets running, which doesn’t always happen. On one hand, there is the United as One ticket, with accounting and finance junior Akshitha Padigela as the candidate for president and biochemistry freshman Joey Campain as her Vice President. On the other side is Progress UTD, with electrical engineering senior Adam Richards as their presidential candidate.

The editorial board of The Mercury had the chance to sit down with both tickets to talk to them about their platforms and what they would do if they won the election. Because of his commitment to bringing in students from all walks of life into the process in SG and his attention to detail in explaining his solutions to address valid concerns on campus, we have decided to endorse Richards for Student Government president.

While Padigela and Campain have a wealth of experience, we felt Richards will bring a unique perspective with him if he is elected SG president. His time working with the LGBT community through Rainbow Guard at UTD shows he both cares about and knows how to work with the disenfranchised on campus.

While Padigela and Campain have people on their ticket that can speak to these problems as well, the editorial board felt Richards’ experience translates better into his platform as a whole, which advocates for students who typically feel they aren’t heard for one reason or another.

That’s a refreshing take to hear and it’s reflected in Richards’ platform. Progress UTD’s main initiatives include raising the university minimum wage to $15 an hour for all workers, updating the Comet Cabs so people can track their location in real time, mapping the university bureaucracy to make it more clear for students and expanding counseling services, among others. While some of these do seem a bit difficult to achieve, Richards presented tangible and realistic reasons behind why they should at least be attempted, which was impressive.

A great example of this was his commitment to fix an issue students deal with on a daily basis, but one they more than likely rarely think about: toilet paper.

One of Richards’ goals is his desire to bring better-plied toilet paper for restrooms across campus. While this may seem trivial at first, he pointed out the fact that anyone with irritable bowel syndrome, Crohn’s or similar diseases that require them to use the restroom frequently can face medical complications by being ill-equipped while using the campus’s facilities.

That’s the type of care for the small, often overlooked issues that both surprised and impressed the editorial board.

Still, Richards has a major weak point in his lack of experience with Student Government. With only one year under his belt, it may be difficult for him to adjust to the stress and demands of leadership. It has to be noted, however, that Fortner, the current president, faced the same challenge coming into her term and she has been able to handle it with wisdom and hard work.

The editorial board is also concerned with his advocacy for increasing the minimum wage to $15 for workers on campus. While noble, we were unsure how this could be accomplished given the hurdles this proposal would face at both the university and system levels. Although Richards admitted this would be a multi-year project, it was his willingness to even bring up this kind of issue that helped to convince the editorial board Richards was the right candidate for us.

That was the real reason we chose Richards over Padigela and Campain. While they present a promising platform of uniting the different groups on campus, their talking points were fairly generic and seemed to be a continuation of what other SG presidents and vice presidents have talked about in the past.

With Richards, that isn’t the case. The issues he chose to advocate cut right to the heart of some of the problems students face on campus and his methods for dealing with them are open and strikingly honest.

If Richards is elected, his lack of a vice presidential candidate may also present a problem. Richards doesn’t have a running mate who could qualify because his picks for VP didn’t have the necessary SG experience or had commitments over the summer that made it impossible to fulfill the role of vice president. If Richards wins the elections, per SG bylaws his VP would be Campain. Although running on different platforms may lead to problems, Richards expressed the willingness to reach across the aisle to work with Campain and move SG forward, which would be crucial in this scenario.

Although The Mercury is endorsing Richards, we believe both tickets would be beneficial to the future of the campus. What’s important, however, is to not just take our word for it. Both tickets have opened channels of communication to talk about their goals with students. Reach out to them yourself and see who you agree with.

For too long SG elections have been either uncontested or have boiled down to popularity contests. SG leadership, which directly reflects student needs to the powers that be at the university and UT System levels, needs to care about what students say. If we want that to happen, we need to hold them accountable by being informed and by actually voting.

Polls will be open from March 23 at 9 am to March 25 at 4 pm. Students can vote by logging onto www.utdallas.edu/vote

Trump’s candidacy must be taken seriously

lol just bc he knows Gays he’s a better candidate? I dont think so. United As One campaing is way more experienced and better imo