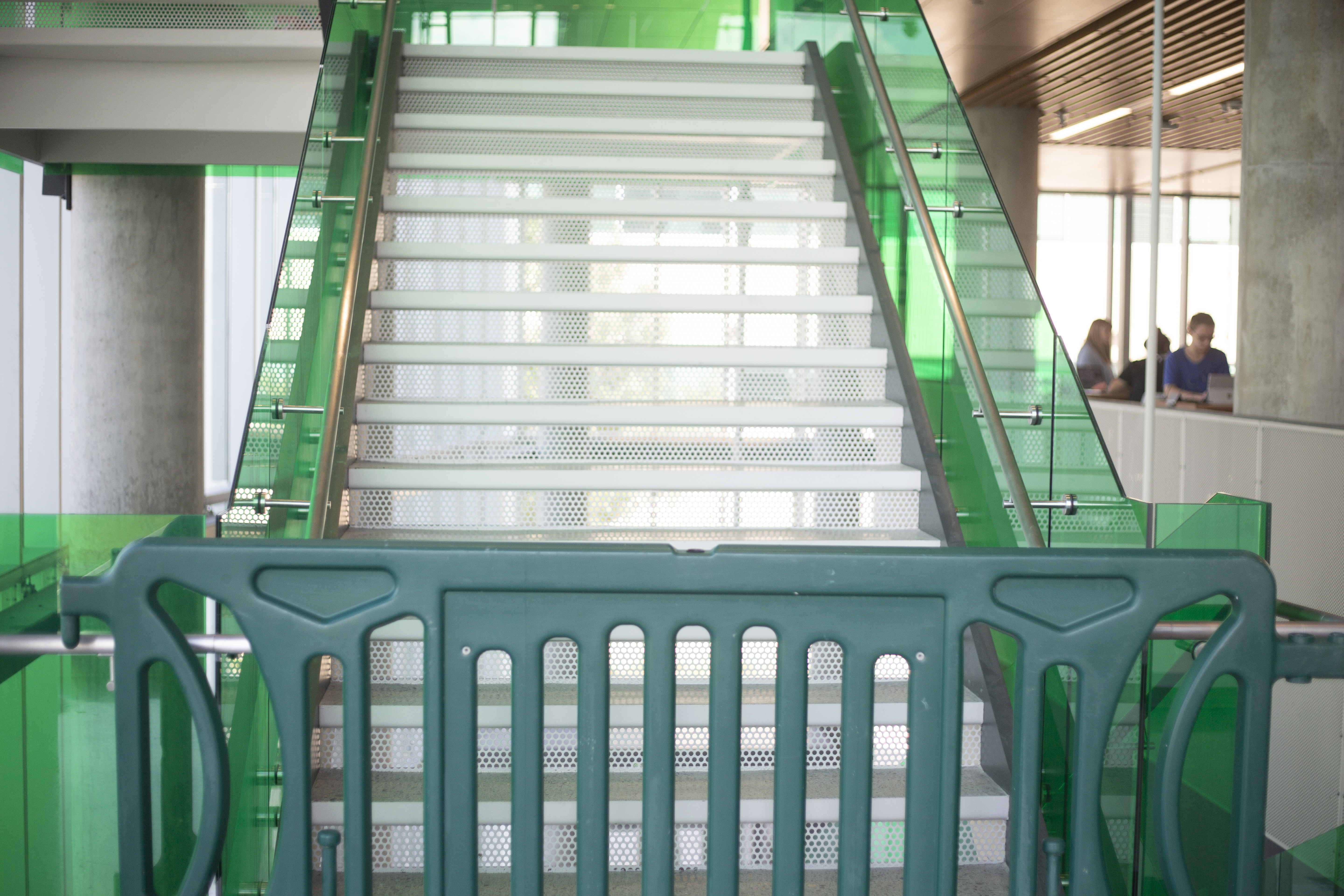 Stairs from the second to the third floor of the recently-opened ECSW building are blocked off until further notice. Photo by Noah Whitehead | Photo Editor.
Campus News
Featured
News

The new Engineering and Computer Science West building opened its doors at the beginning of the semester, but not all areas of the building are fully functional. The 200,000-square foot facility primarily houses the Department of Mechanical Engineering and features classrooms, laboratories, offices and study areas, as well as a 300-seat auditorium named in honor of Alexander Clark, a former vice president of academic affairs.

The building has four elevators, two of which are operational and available for student use, and two that are not yet open. Interim senior facility officer for Facilities Management Doug Tomlinson said there were unexpected last-minute issues with the two elevators.

“We have two elevators that, at the last minute, had an interpretation of elevator code issue,” Tomlinson said. “The elevators are actually complete, but of course, we’re not going to operate them until they are inspected and have a completion certificate.”

Tomlinson said though all the classrooms, teaching labs and study areas are currently in use by students and faculty, the offices and research labs of the building are not yet occupied.

“They’re certainly available for use, but the School of Engineering has not assigned faculty members to those yet,” Tomlinson said. “The rooms that are going to be assigned to faculty and researchers… (will be) locked until the assignments are made.”

“Every time you move into a new building, as people start to occupy it, they find something that doesn’t work quite right,” Tomlinson said. “And we definitely still have some of those things going on.”

Tarun Basu, the assistant dean for the School of Engineering and Computer Science, said the two elevators should be certified to operate early next year. Facilities Management is also in the process of obtaining LEED certification in the coming months.

The formal ribbon cutting ceremony for the ECSW building will take place in the spring semester after all associated faculty members and research labs are situated.