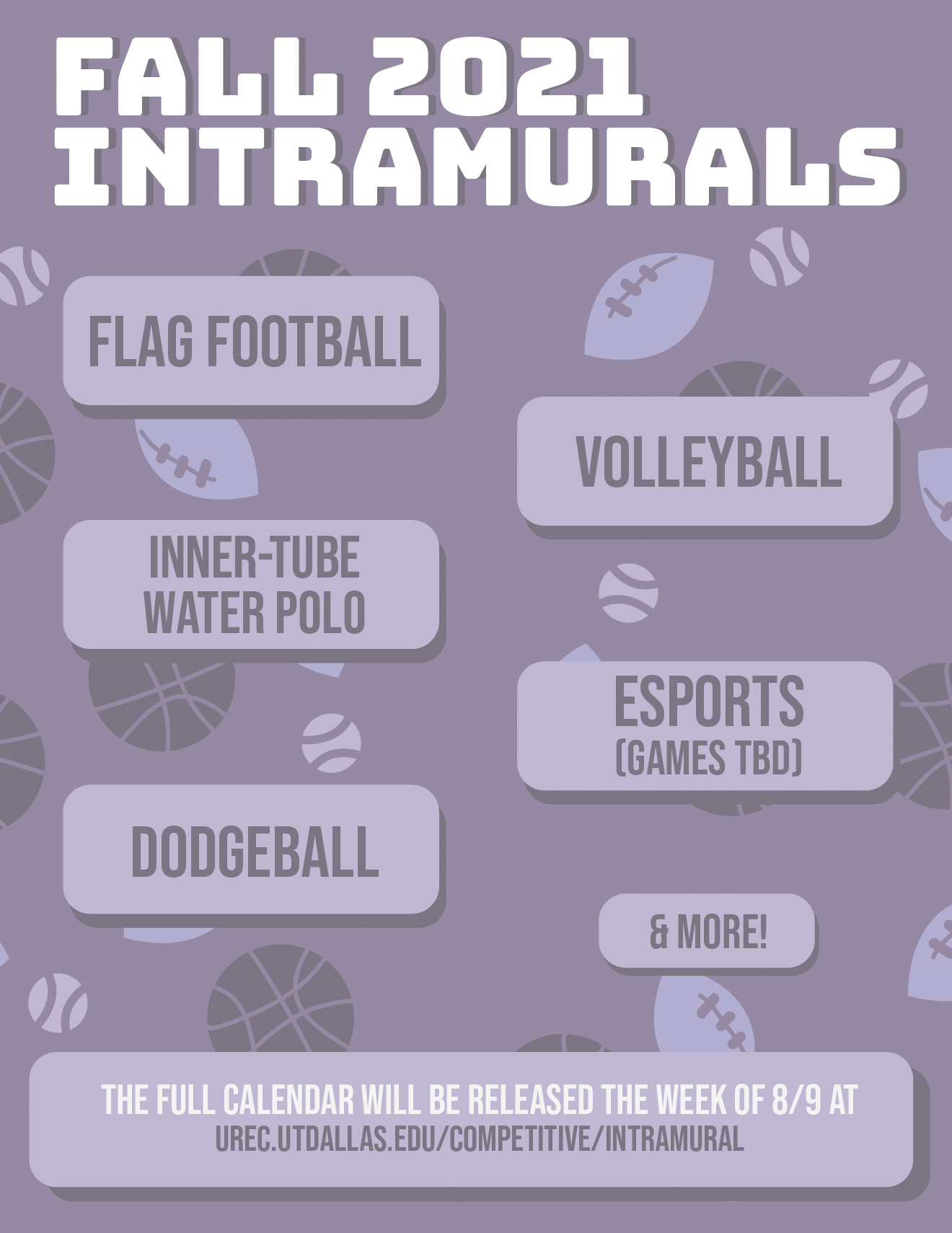 As Comets return to the reality of in-person schooling, a plethora of other opportunities present themselves – including the potential for in-person sports. In the words of Assistant Director of Competitive Sports Chris Gormley, “We’re back!”

As with just about any post-COVID program, the intramurals will not look identical to their pre-pandemic counterparts. However, Gormley said that his team is making every effort possible to bring the fullest intramural experience to the entire student body; certain adjustments are just necessary to accomplish that goal.

“We’re excited to have people back to playing intramurals, but it’s all going to be a bit modified because this is going to be so many people’s first experience with it,” Gormley said. “We’re trying to do our best to adjust to a lack of experience on the part of our student body.”

While those adjustments may mean that the intramural experience isn’t exactly what upperclassmen had in the past, Gormley said that the intent is to replicate the spirit of past intramural seasons while lowering the barrier to entry for first-time participants.

“Usually upperclassmen kind of bring freshmen along and introduce them to the nuances of how the intramurals work – the modified rules, expectations, and just show them the ropes,” Gormley said. “That’s the culture that we’ve tried to build, but we don’t have that. We have two years of inexperienced classes, and when you look at participation statistics, freshmen and sophomores are our main participants. So, we’re trying to modify events in a way that can bring everybody along and help us build the program back up rather than snapping our fingers and saying, ‘everything is just like it was!’”

Moreover, inexperienced participants aren’t the only challenge that a lost year due to COVID present. Gormley explained that not having sustained interactions with the students last year also blunted their staff recruitment efforts.

“Realistically,” Gormley said, “we don’t have a lot of staff that have really gone through the rigors of running the intramural program…usually, we pull our staff from participants, and there just wasn’t an opportunity to do that last year.”

However, the modifications under consideration won’t change the slated schedule of sports so much as allow the entire program to gradually ramp up to “normal” operations. For example, instead of immediately kicking the year off with a 7v7 flag football season, UREC is looking at beginning with mini-tournaments with smaller, 4-on-4 teams to help students ease into the format. That way, new Comets can familiarize themselves with the rules and their peers before expanding the sport out to the full-blown schedule by mid-semester.

The schedule for fall intramurals will release on the UREC website after the conclusion of the summer session. But, Gormley said that students can anticipate a diverse array of upcoming sports, including flag football, inner tube water polo, doubles tennis, cardboard boat regatta, some selection of esports and cricket. Registration will open shortly before fall classes begin.

“Ultimately,” Gormley said, “we’re just excited to have the energy of students back in the building and on the field. We want everybody to come in and see what we’re offering this fall, and our message remains that no matter who you are, we have something for you. Going to UTD is hard – we want to help balance school with something that can keep you happy, healthy and having fun.”