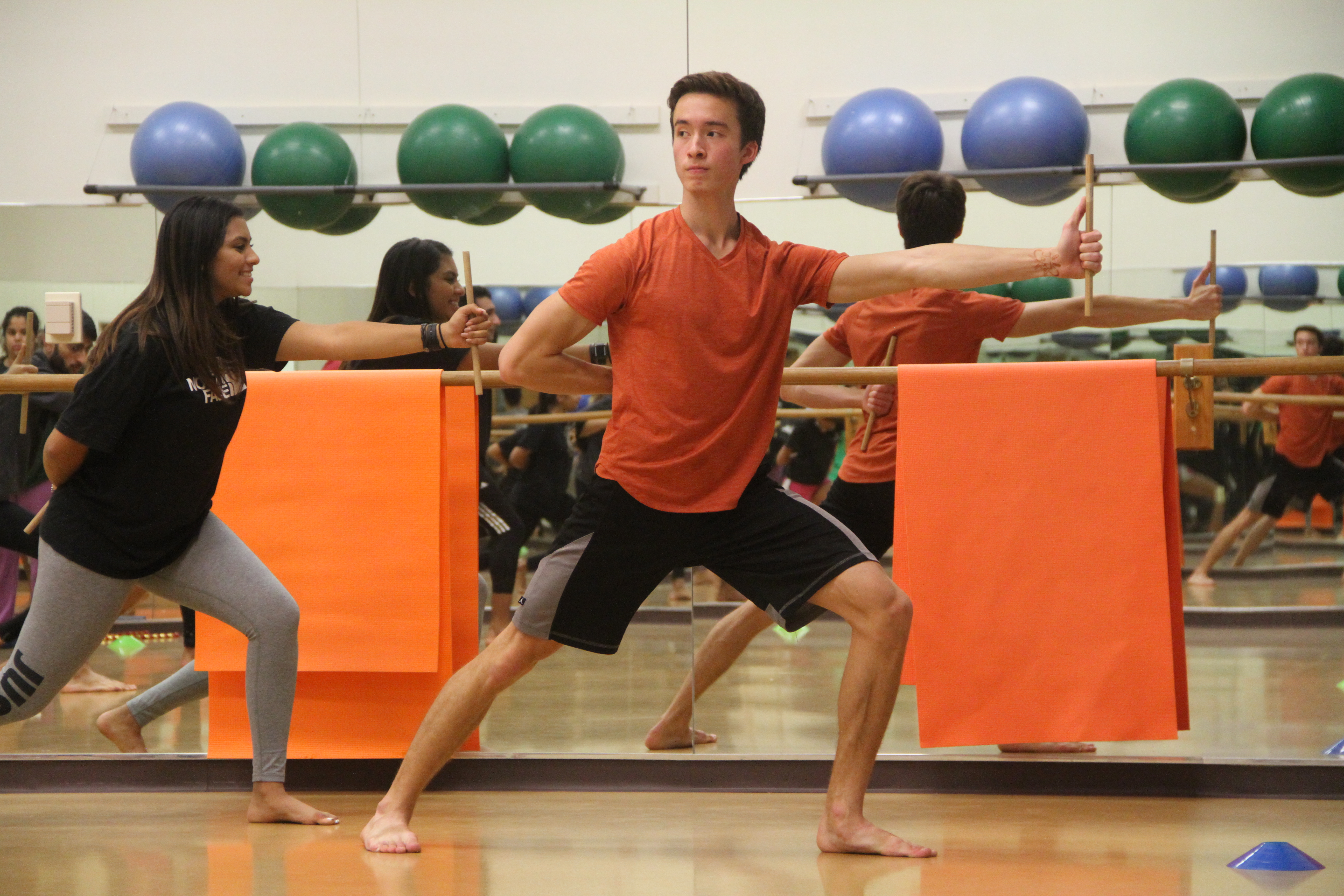 Finance sophomore Charlie Hooper joined TaRaas at the beginning of the semester. Hooper said he was inspired to join the group because of his love for Bollywood films. Photo by Sachin Arya | Mercury Staff.
Editor's Picks
Life & Arts

To make sure, the team captains asked Hooper if he came to the right audition. After passing both the audition and callback rounds, Hooper, a finance sophomore who is half-Caucasian and half-Taiwanese, became the first non-South Asian member of TaRaas this year.

“At auditions, I didn’t feel too outcasted because I was with my friends,” Hooper said. “But when I walked into the practice room, I was 90 percent sure someone was going to tell me, ‘This is TaRaas practice, by the way.’ But now I barely notice I’m the only white guy; they treat me the same as everyone else. They’ve been really welcoming.”

Additionally, as he had no previous experience in any dance form, Hooper’s audition came as a surprise to the two captains of TaRaas, computer science senior Pooshan Shah and business management junior Rupal Kotecha.

“I honestly didn’t expect a white person to audition,” Shah said. “But it was always a hope. We thought, ‘When is our first non-Indian going to join the team? What if this happens this year?’ I’m glad it happened, because (Hooper) is a lot of fun to have on the team.”

Shah and Kotecha said they were surprised with Hooper’s interest in TaRaas in particular, because of the traditional style of the dance. Raas, the dance form TaRaas performs, focuses on traditional Indian folk dance, distinguishing it from the style of dance teams on campus such as Sharara and Chalak, which incorporate Western-style Bollywood fusion steps.

“Non-Indians don’t usually do Raas — they do Bollywood, which incorporates hip hop and everything,” Shah said. “Very few people do such a specific style of dance, which was awesome. (Hooper) is really good. Some people that come have a background in dancing — he not only had no background in the culture, but also dancing in general. It was really cool to watch.”

Hooper first became interested in Indian dance during his freshman year, when friends took him out to try Indian food at Swadeshi, a restaurant in Dallas. He noticed the Bollywood movie playing on the television in the restaurant and became intrigued by the dance number.

“So I saw that, and I was like, ‘Wow, I want to dance like (Bollywood actor) Hrithik Roshan,’” Hooper said. “The first movie I saw was “Ye Dil Hai Mushkil,” with (Bollywood actress) Aishwarya Rai. I loved it, so my friends showed me everything else from there.”

“At the beginning I was surprised, but then I got used to it, since that’s his personality,” Monga said. “I got him an Indian outfit over last winter break and he wore it for UTD’s Bollywood night. And then when he joined TaRaas, I was a bit shocked at first, but I’ve seen him doing the steps and he’s really good. Seeing someone else embrace your culture so fully like (Hooper), it feels good.”

After becoming interested in Bollywood dance and music during his freshman year, Hooper attended several Indian cultural events, and he first saw the TaRaas team perform at one of them.

“My friends brought me to Diwali, and it was really cool,” Hooper said. “I was fresh after seeing (the Bollywood movie) “Dhoom 3.” That was when I first saw the dance teams and was like, ‘Oh my God, they’re so good.’ I watched the performances, and it was that day that I really noticed them. When I saw TaRaas, I thought they must be different from the normal Bollywood stuff.”

Having “flirted with the idea” for some time, Hooper looked into the dance teams at UTD after his freshman year and decided to audition for TaRaas as it fit into his schedule best. Initially, he faced some challenges in learning the Raas dance style, as it involves the complex and rhythmic usage of dandiyas, or sticks.

“When I first started out, I didn’t know how to spin a dandiya, and everyone was able to do it more than me,” Hooper said. “Most of these people there have been doing dandiya raas their whole life. So I asked if I could get some more help at practice, and I’ve gotten better.”

In September, Hooper performed at the Plinth for the first time, along with four other TaRaas members, as part of a fundraiser for the team. He said that although he felt strange performing in front of an audience, the reactions to his performance were mostly positive.

“A lot of my friends saw me dancing at the Plinth and were really supportive,” Hooper said.  “Some people were bewildered. There are some Snapchats my friends have sent me, saying ‘Oh look at this white guy, look at what UTD does to white people.’ But I don’t mind, I know they’re just having fun. So I haven’t really gotten any negative reactions.”

Kotecha said the TaRaas events have garnered more attention with Charlie’s presence, such as when the team set up fundraising booths on campus in September.

“He does bring diversity — there’s no denying that,” Kotecha said. “But it’s also his personality. People just like him because he’s fun to talk to. He attracts people because he’s so nice. At our Krispy Kreme fundraiser, he brought in more than half the sales, and I think it’s just because he was so friendly. In our team, no one’s treated differently. Everyone’s just there for the same goal of dance.”

Shah and Kotecha said increasing diversity was not a factor in considering Hooper for the team.

“Even though he brings diversity, honestly, during auditions, none of that mattered,” Kotecha said. “He earned his spot. I think for all the dance teams and Indian groups here, our goal is to promote the culture through different styles, so him being on the team definitely helps us with that by extending our reach. But at the end of the day, he got his position in our team only because of his dance ability.”

Though he acknowledged that people may have negative reactions to him being the first only Caucasian member of the team, Hooper said he is enjoying the dance experience and plans to stay in TaRaas for the rest of his undergraduate career.

“There’s probably always going to be critics, no matter what you do,” Hooper said. “I have fun doing what I do. Their opinion doesn’t really change that fact. And I still have my TaRaas team — I guess we already call each other a family now. Maybe some people are like, ‘Why is this white dude trying to be Indian?’ I’m not trying to be Indian, though. I’m just having fun.” 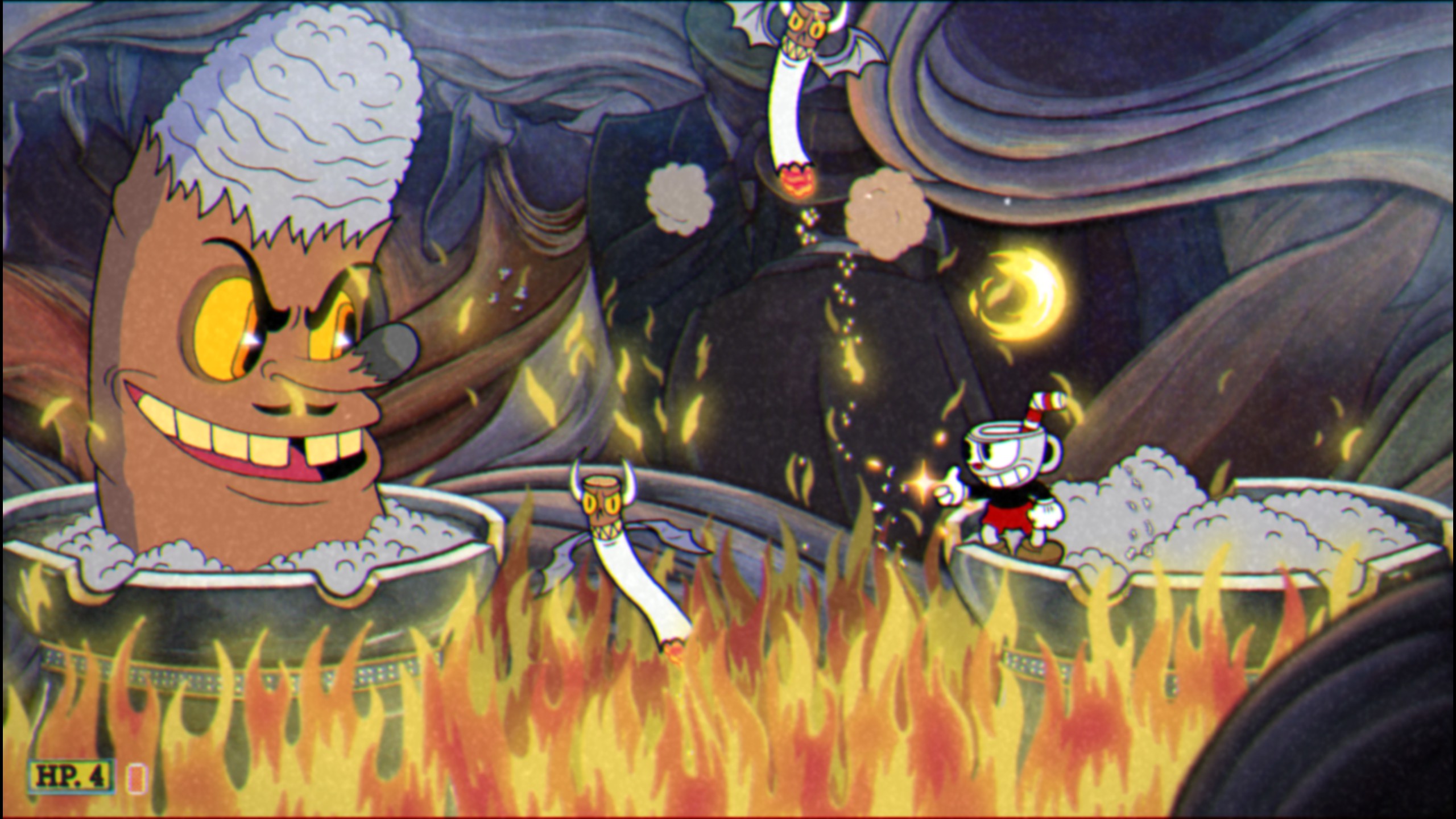