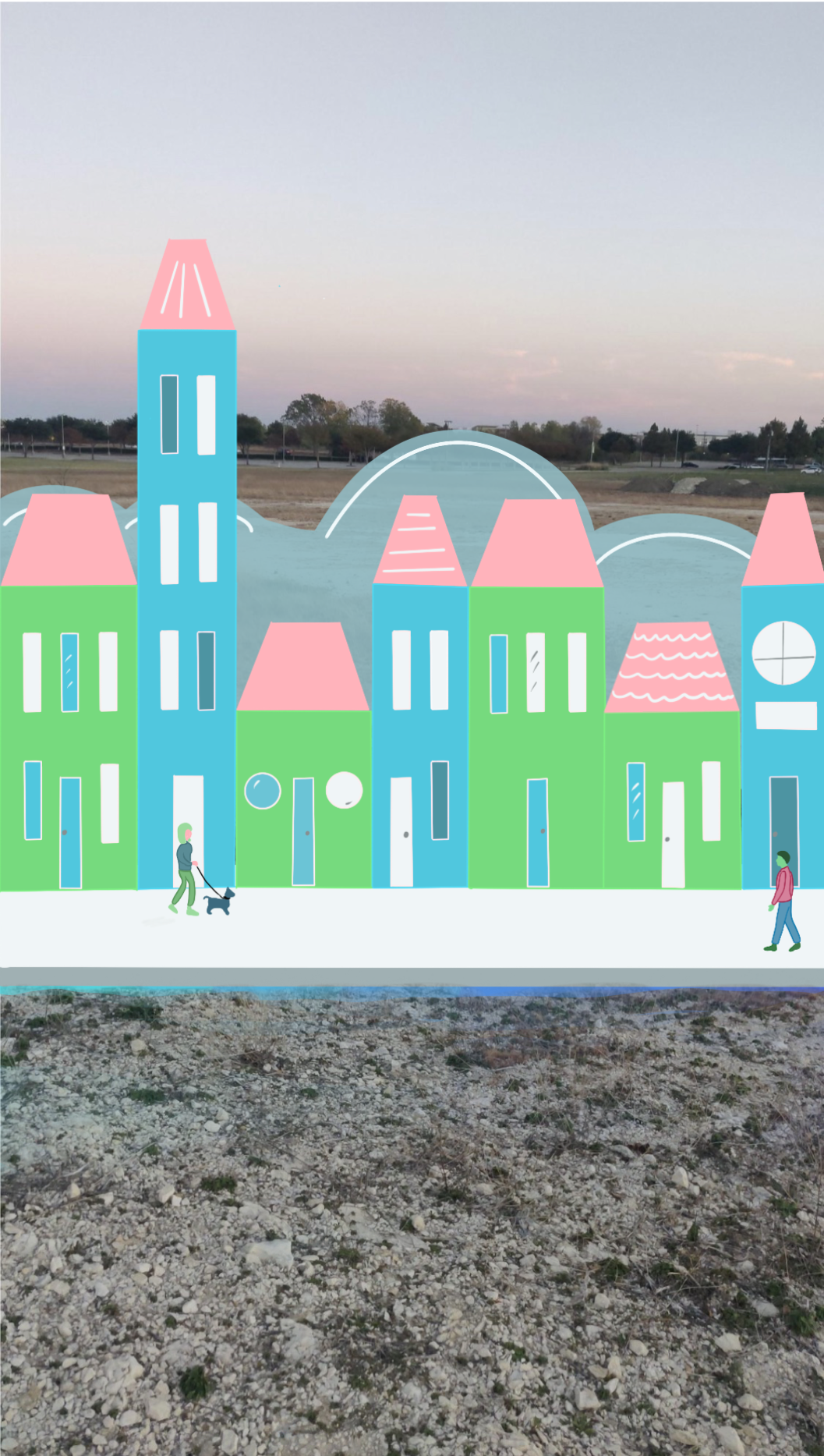 The development would be located between President George Bush Turnpike and the intersection of Frankford Road and Waterview Parkway. Graphic by Roshan Khichi and Juhi Karnalkar | Mercury Staff

In response to rapid student population growth and a shortage of on-campus housing, two new apartment complexes have been proposed for development just north of campus.

According to the agenda for the Nov. 17 meeting of the Richardson City Plan Commission, the proposal consists of two apartment buildings: a five-story UTD Student Housing Village and a 16-story Haven at Waterview. The development would be located between President George Bush Turnpike and the intersection of Frankford Road and Waterview Parkway. Though intended to provide housing for students, the projects are completely unaffiliated with UTD.

The apartment complex, according to the Nov. 17 agenda, would provide approximately 1600 bedrooms with a variety of amenities, including a parking garage, a pool and a private weekday shuttle service to campus.

In a letter to the City of Richardson, developer Michael Augustine cited UTD’s projected student body growth and a 99% average occupancy rate at Northside and on-campus housing as reasons to support the new apartment complex. In addition, its proximity to campus and the new UTD DART station could lead to a decrease in traffic congestion and pollution, Augustine wrote.

The proposal was met with some disapproval from the community. According to the minutes from the Oct. 20 City Plan Commission public hearing, developer of Northside Brent Miller opposed the new apartments due to what he termed an over-supply of student housing. Miller said that Northside’s Phase 3 is currently at 62% occupancy, while Phase 4 is projected to be 59% leased when it opens for the fall 2021 semester.

Calvin Jamison, vice president for facilities and economic development, said in a written statement to the Commission that UTD is opposed to the new apartments because student housing needs are being met by University Housing and Northside. Given UTD’s projected growth over the next few years, they would likely reconsider the proposed development in the next six to ten years, said Jamison.

“Especially considering the financial constraints that the COVID-19 pandemic has inflicted on our UT Dallas campus community, it is imperative that we ensure the financial health of UT Dallas, which is a pillar of the Richardson community,” Jamison said. “We recommend in the strongest terms that UT Dallas should be able to focus on filling the existing and upcoming housing that has already been planned, approved and supported both by the University as well as its surrounding communities and homeowners’ associations.”

Sam Chavez, assistant director of development services for Richardson, said that the proposal is currently in the first of three stages, in which the commission hears the request to rezone the land. If the project moves forward, the developer would submit detailed engineering and landscaping plans. The final stage involves obtaining building permits before construction can begin.

Following a public hearing on Nov. 17, the commission will vote on whether or not to recommend zoning approval. From there, the zoning request will move to the City Council, which will make a final decision on whether to approve the request, Chavez said. The council considers many pieces of information when making the decision, including input from Richardson residents.

“It’s a somewhat lengthy process,” Chavez said. “We work to keep [the projects] on schedule as much as possible.”

‘It’s not what we want for y’all, but there is light at the end of this tunnel’