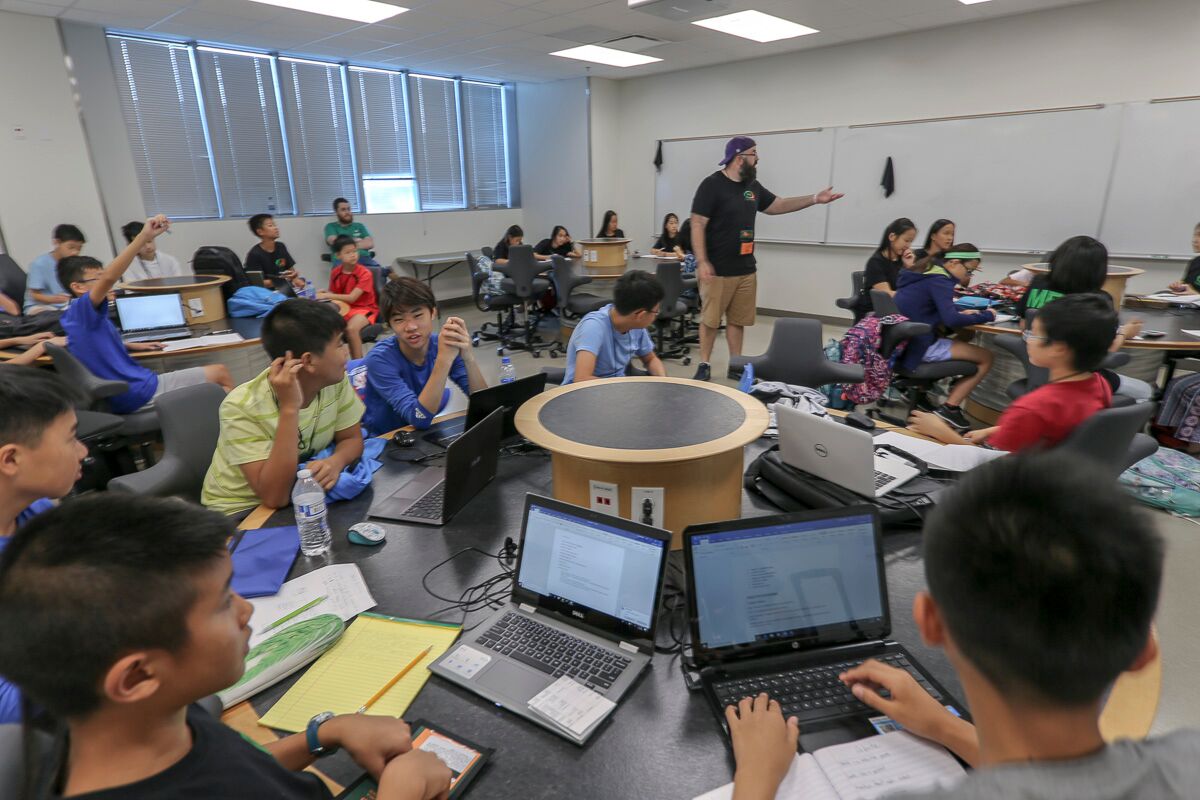 Despite being miles apart, students discuss strategy in separate virtual rooms for one round of a debate competition. This is how students will practice debate this summer at the Mean Green Comet Debate Institute, which is transitioning to an online format due to COVID-19.

Bringing together more than 250 students at the high-school and middle-school level, the camp prepares attendees for the fall and spring competitive debate seasons. The paid camp has taken place each summer for the past 12 years, but four years ago, the UTD camp merged with the UNT Mean Green debate workshop. Sessions for the various divisions, such as Policy Debate and Public Forum, run from late June to mid-July.

In previous years, camp attendees went to classes and lectures from nine to five. Now, instruction will occur through Blackboard Collaborate. Camp leadership anticipated the online transition early March, director of debate Scott Herndon said, and began working with the Office of Information Technology to take advantage of the various features Blackboard has to offer.

“You can’t just take brick and mortar school, and plug it into an online environment and say ‘okay kids, sit in front of your computer for nine hours a day,’” Herndon said. “We don’t learn that way.”

One useful feature, Herndon said, is the ability to record each lecture for students who may have missed part of a discussion. Another one is breakout rooms, separate virtual rooms that instructors can assign students into. In these rooms, students would be able to work in smaller groups on specific skills or give speeches and receive feedback.

Part of the camp experience, Herndon said, is a debate tournament conducted at the end of each session. This experience will be translated virtually via Microsoft Teams. Five people, four debaters and one judge will have a video meeting for each round of the competition. The debaters, who compete in groups of two, will have their own separate chat or breakout room to collaborate, though the actual debate will occur in a main room that includes everyone.

“We’re kind of at the front edge of this because we’re just learning how to use these capabilities to make debates happen. So I expect there to be some hiccups, but at the same time we’ve got a pretty good platform for it and our tests have worked really well,” Herndon said. “I think everybody misses that sense of connection that you have when you’re right there with your partner, you’re all in the same room. There’s energy to that that’s missing in this format, but there’s also some excitement to see how, even after quarantine, if we can use this technology to make what we do more effective.”

Technological hurdles included working out eLearning access for students and how to handle troubleshooting. Other similar debate programs such as the Michigan National Debate Institute and Jayhawk Debate Institute are moving online as well. Herndon said they had a desire to be in front of the change.

“We didn’t want to be reacting to it. I would rather make my own mistakes and figure it out. Nobody has a template to work off of,” Herndon said. “We have really bright people involved, and we trusted ourselves to figure it out.”

Initial concerns involved how the registration process would change, how to keep students engaged and how to organize each day of camp. Specifically, Herndon said he and his team were cognizant of asynchronous and synchronous learning styles as they designed the new virtual format.

“Synchronous is the way you do things in class. You’re there in person with the teacher and you’re all in guided learning together. Asynchronous means you do a lot of things on your own. It’s more designed to chunk time,” Herndon said. “We’re hoping to provide an environment that allows students the flexibility to get the most out of the camp but not on a schedule that’s locking them into a room where they sit one on one by themselves and stare at a screen.”

For instance, in the morning, students meet for class and lecture in a group video call. Then they are split into groups to work independently for two hours, though staff would remain available for guidance. After lunch students reconvene for speech drills and other activities.

Despite the challenges of moving online, Herndon said, overhead costs, such as room and board and meals, went down. However, since they are designing an online course from scratch, the single biggest cost, he said, is time.

“Crisis really brings out the best in people, and the entire experience of rebuilding the camp, and really thinking through what we do and why we do it has been just an eye-opening and educational moment for me,” Herndon said. “The goal is to get back to an in-person camp but at the same time I think we’re going to learn a lot that makes what we do in person better, too. This is going to make all of us better teachers.”