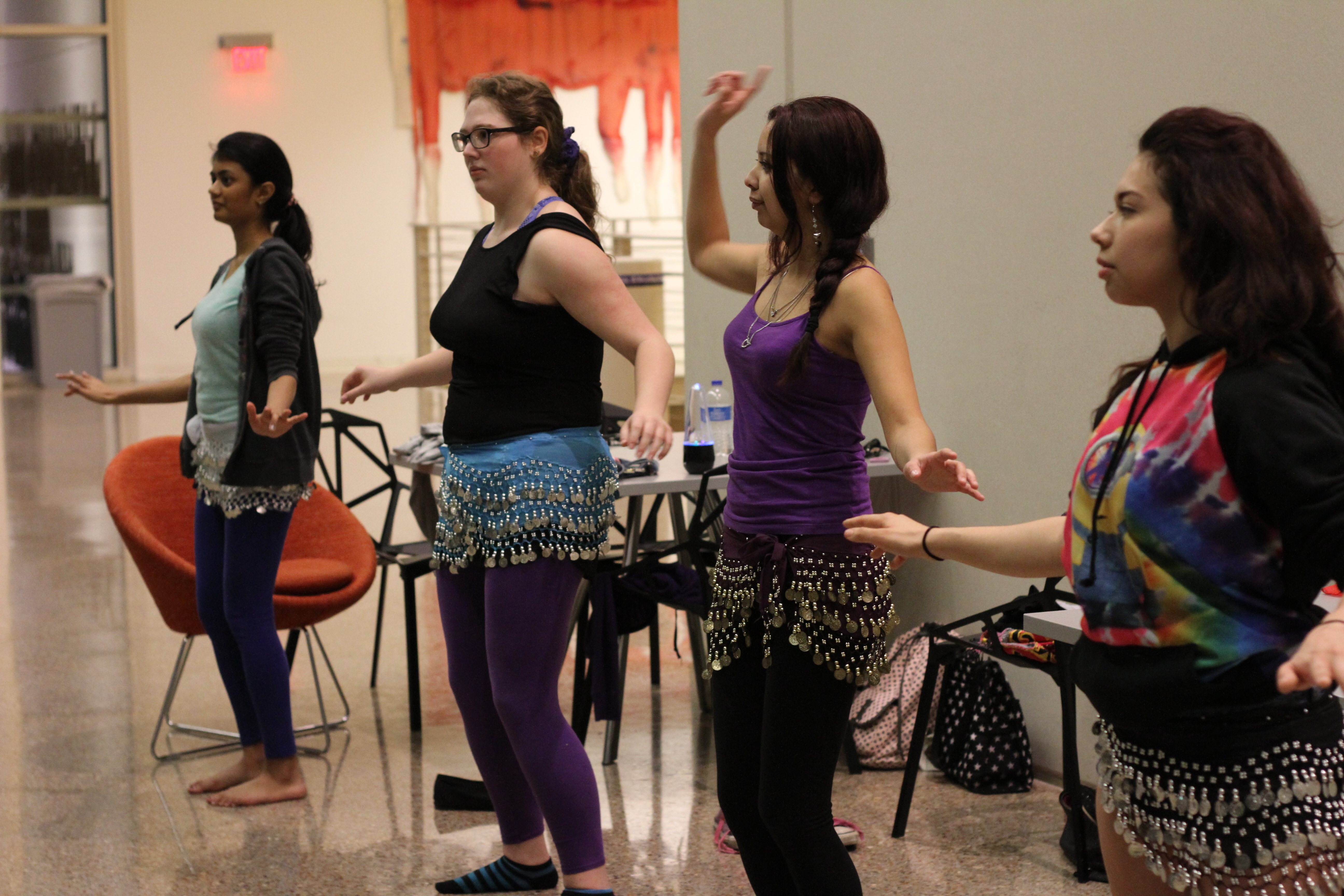 Belly dancing has become a way for members of the newest dance organization on campus to become comfortable with their bodies and abilities.

Yesenia Morales, a cognitive science junior, founded the UTD Belly Dance organization in fall 2016 when she realized there wasn’t an existing community for it on campus. Her college selection process was also highly dependent on the presence of a belly dancing group.

“When I was choosing a college, I wanted a college that included a belly dance club, but I couldn’t find one. If I did find one, it didn’t include the major I wanted, so I said, ‘I’ll go for the major and make the club eventually,’” she said.

Morales was inspired by the confidence of professional belly dancers and believed that the organization was a way that she could find that confidence in herself.

“I always saw belly dancers, and I always looked up to them because they portrayed a lot of confidence, and I always thought that that was something I wanted to do,” she said. “And I always heard that college is like the place where nobody judges your stuff, so this was the perfect place to do this.”

After establishing the club, Morales began to become comfortable with her body and helped others accept themselves through belly dancing.

“If you want to love your body, teach it to move in ways you never thought it could. A lot of people don’t feel confident in their own bodies and think they can’t be sexy with it, and then you show them this,” Morales said. “You don’t have to be in any specific shape or type to be able to feel this way, so that was something that helped me a lot.”

For public relations officer and computer science senior Vanessa Webb, the organization provides an environment conducive to her dancing interests and goals. She transferred to UTD from Texas Tech after her sophomore year and came with prior experience from taking a belly dancing course there.

“Coming here, with a lot of free-spirited personalities, it’s helped me to open my eyes to being more open about practices and different moves,” Webb said. “I’m used to more structured lessons, but there are a lot of people here who just want to go out and dance.”

The officers and members of the organization have high hopes for their societal impact.

“I feel like there is a stigma behind belly dance, you know, it’s like, ‘Oh, hey, let’s see the ladies dance all sexy-like,’” Webb said. “And I feel like that should be a goal of ours, to eliminate that stigma and show that belly dance is an art form. Seeing people come to shows to see art would be awesome.”

Sara D’Ambrosia, a psychology and child learning and development junior, believes the popular media is to blame for the stigma surrounding belly dance.

“It’s one of those things that you see in movies all the time that you don’t really see in real life,” she said. “In the movies, it’s always there to sort of entertain the male viewers, so in the media it’s always portrayed as a sexual kind of dance. It’s hard to get past that stigma sometimes.”

However, the members have been combating misperceptions in an attempt to show others that there is nothing more to it than what it truly is: an art form. They have noticed that students on campus find the organization to be out of place because of the stigma that surrounds it.

“I’m more aware of how people perceive belly dance. I’ll tell people I’m in this club, and they’ll be like, ‘At UTD? That’s weird,’” Webb said. “But then I ask, ‘How is that weird? There’s a lot of cultural dance clubs on campus,’ and then they’ll go silent.”

“There are actually male parts in belly dancing. I’ve had to correct some assumptions of my friends,” D’Ambrosia said. “Guys can dance it too.”

Overall, the officers of the organization just want the participants to feel confident in their bodies through dancing.

“Sometimes we’ll have to lift our shirts to see if we’re doing the moves right, and that exposure helps people get used to other people seeing their body, and themselves seeing their body,” Webb said. “I think that helps build confidence.”

Morales is looking forward to engaging more students in the movement to love their bodies and fight social stigma. 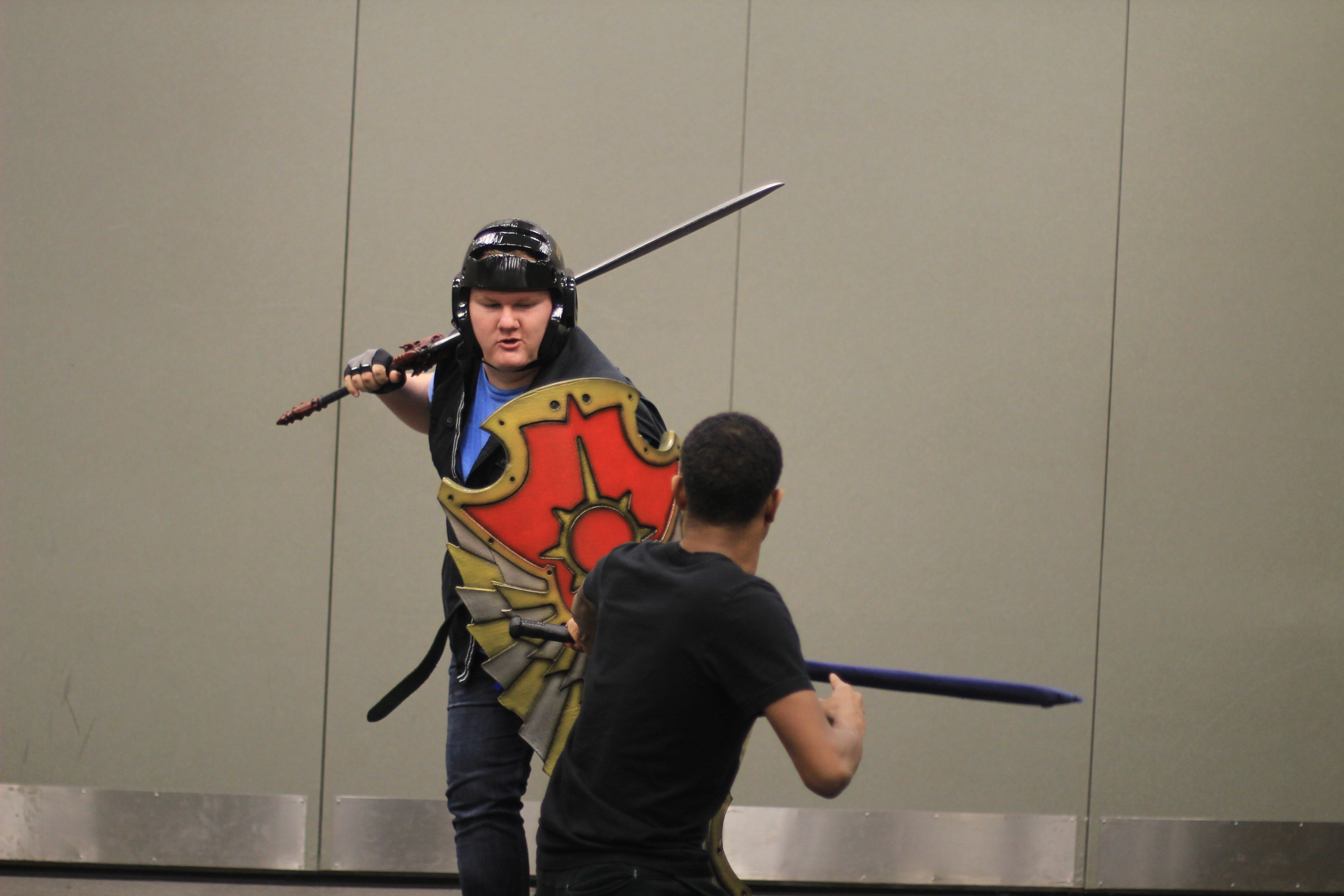 Game Corner: What you need to know about Resident Evil 7