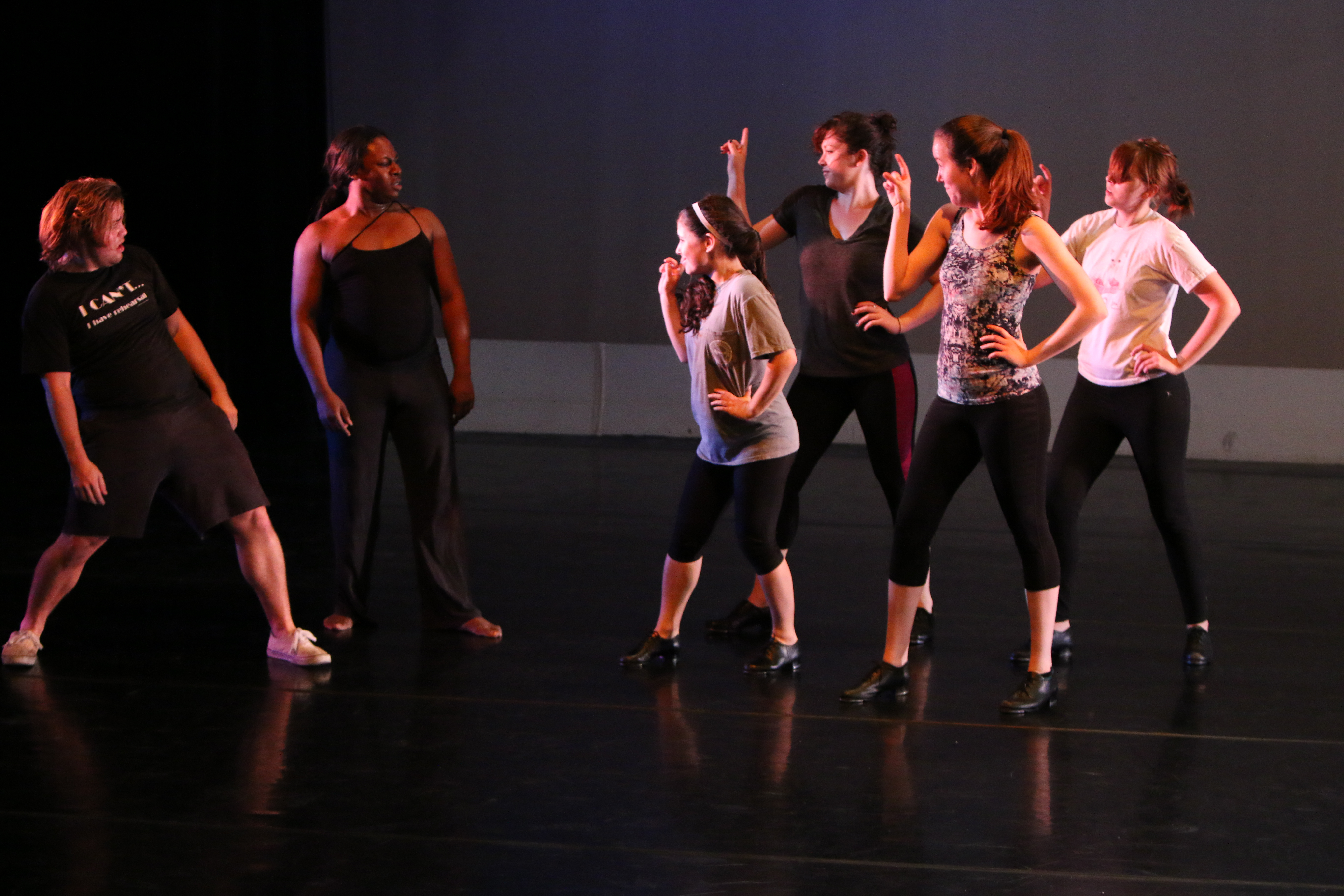 The day she was born, her mother taught a tap-dancing class.

Just like that, Misty Owens was tied to the art forever. At least, that’s how she feels.

However, she hasn’t restricted herself to tap alone, and her choreography for the ensemble this semester has brought together contemporary and tap into a single character piece, Owens said. “I love dance in every form. I love the social interaction and the way it brings light and energy out of people, and I really wanted to focus on that as the centerpiece of the dance,” she said.

Owens was born to an English mother who had been a stage dancer in London. For the past 49 years, her mother has run her own studio, the London School of Dance, in Garland. It’s where Owens learned to dance until she was 15 years old.

Growing up in a dancing environment, Owens chose to continue her training as a dance student at the University of New Mexico in 1989.

After that, she spent several years in New York and danced for the Peggy Spina Dance Company starting in 1993. In New York, she taught at Marymount Manhattan College, Long Island University and the Mark Morris Dance Group, where she was a founding teacher of the Dance for Parkinson’s disease classes.

Dallas Observer interviewed her in 2000 where she said she was ready to move back to Dallas.

Owens has since pioneered a similar class for those with Parkinson’s disease in Dallas called the Dance for Disorders Movement.

“Dancing improves their rhythm and timing, which are lost,” Owens told ***The Dallas Morning News*** in 2013. “It improves fluidity and balance. They rid themselves of rigidity. Their tremors fade away sometimes. Their capacity for movement changes.”

Owens and Monica Saba attended graduate school at the University of Wisconsin-Milwaukee together. At the time, Owens was still based out of New York.

Later, as the program at UTD expanded, Saba brought Owens on board.

“We were lucky (Owens) decided to move back,” she said.

Three years ago, Owens started teaching at UTD, where she brought a huge pool of versatility to the program teaching jazz, tap and contemporary dance to students, Saba said.

Through her pieces, she tries to bring some of the knowledge in rhythm-tap vocabulary where dancers play around with the acoustic impact of tapping that she acquired from Peggy during her time in New York.

“Being a part of the ensemble choreography is just such a pleasure because each one of us brings a different flavor to the performance, and I love injecting my style of movement, tap dancing and my rhythmic styles,” Owens said.

This year, she has tried something new, using a piece she choreographed in 1993 while still at UNM and setting it to the dancers at UTD. There are six dancers in the mix, but the two men are the gentlemen characters in the piece and don’t tap dance as much, she said.

“I like that it was a return to the old me and revisiting it in a new perspective,” Owens said. “There were parts of it I didn’t like at all, and I reworked those.”