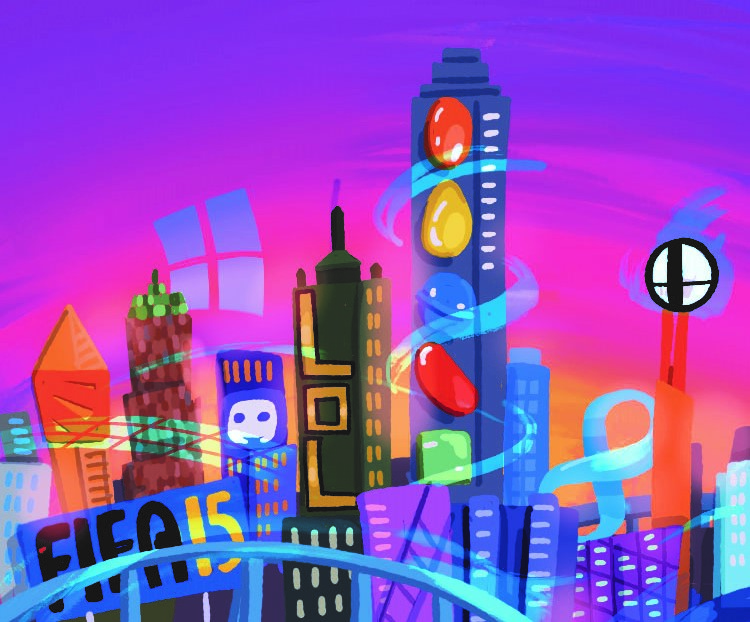 Michael Sherman was already playing Riot Games’ “League of Legends” before he went to UTD in 2009. Though he said he didn’t consider himself a professional, he and a group of students played the game as a team competitively against other Texas universities such as UT Arlington and Texas A&M.

“We wanted to play on the ‘League of Legends’ team and kind of play with some of the really early college tournaments,” Sherman said. “Then I moved off the team eventually because I was not very good…we were just students who wanted to game.”

A decade ago, Sherman could only dream of being registered as a legitimate team or playing in large-scale tournaments. Esports in Dallas were restricted to college students playing within club teams in small tournaments. At UTD, esports involved friends in dorm rooms playing competitively along with clubs dedicated to games like “League of Legends” and Blizzard Entertainment’s “Overwatch.” Sherman and his friends tried to register themselves as a club sport but were not successful because they didn’t receive enough administrative support.

“We were the whole time just a group of students and were kind of registered as a club,” Sherman said. “We hardly knew what we were talking about and we didn’t really know what we wanted at the time, I think back then it was very, ‘we really like this, and we want the school to support it as much as they can.’”

Today, Dallas has become one of the biggest esports hubs in the country, second only to Los Angeles. Arlington officials announced the construction of a 100,000 square-foot esports stadium within the city’s convention center, set to open in the fall of 2018. Local “Overwatch” team Dallas Fuel now competes worldwide and has won multiple tournaments across the country.

Although it took time for esports to become popular in Dallas, the city had already been a hub for technology and innovation for decades. UTD founders Eugene McDermott, Cecil Green and J. Erik Jonsson established Texas Instruments in 1951. According to The Texas State Historical Association, the company set the foundation for Dallas to heavily influence technological innovation when it developed the first transistor radio, microchip and electronic pocket calculator.

“Dallas is really forward thinking,” Sherman said. “I always regarded Dallas as the Silicon Valley of the south, so to see technology and sports kind of merge in Dallas feels like a no-brainer and feels like something Dallas has been trying to do for a long time.”
In the gaming world, Dallas-based company id Software pioneered first-person shooter video games with the release of “Doom” in 1991, according to PC Gamer. Gearbox Software, another game developer based in Plano, has developed popular first-person shooter games such as “Borderlands” and “Half-Life.”

Dallas saw a spike in esports involvement when “Overwatch” was released for beta testing in 2015. Dot Esports reported that Team EnVyUs was one of the first American “Overwatch” teams to win a tournament during the Overwatch Apex Tournament Series in South Korea in 2016. After rebranding as Dallas Fuel under the esports organization Team Envy last October, the team now works on interacting with its fan base directly through viewing parties, meet-and-greets and other events. Envy Gaming Public Relations Team Leader Greg Miller said both having an esports team to cheer for and the rising popularity of these games prompted gaming organizations to sponsor teams.

“If you add up every kid that plays baseball or softball in the metroplex, that’s only like 20-30,000 people so there’s 10 times as many people playing video games,” Miller said. “I think Dallas is a city that loves winners in its sports teams. We’re very proud of the accomplishments, and we’re proud of having great seasons.”

Sherman said that during his time at UTD he tended to focus more on organizing tournaments, competitions and viewing parties instead of playing. Sherman, who now works at Riot Games as its college esports manager, said he spoke to athletics director Bill Petitt last December about creating an esports program on campus.

“They were already really interested in esports, and so it’s just kind of a huge sign of the change and games in universities,” Sherman said. “I told him…(he) should do this is (since) UTD has a huge engineering school in Texas, it has this amazing technology program, which has the game design function in it. We’re not known for big sports in Texas, so let’s do something really cool and exciting.”

Petitt said he and his team in the athletics department were not familiar with esports until they attended the NCAA convention in 2017. It wasn’t until they discussed esports with students and faculty and witnessed the university’s “League of Legends” team enter the national championships that they decided to run esports under the athletics department rather than as a club or under a constituent school of the university.

“This is the first event I can think of where everybody on campus is so excited. I mean, this is something that’s the natural thing for campus and everybody knows it and sees it,” Petitt said. “I just think it’s such a great way to bond the whole university together which is kind of what athletics is for and this is a great way to do it.”

The Gemini and Pegasus rooms in the SU are under construction to become a small-scale, 24-seat arena for future UTD esports teams to train and play. Petitt said the athletics department will propose a part of the budget to be devoted to creating a 3,500-seat esports arena in the coming academic year.

“I’d love to see 3,500 people come for a tournament. We’d like to do it just like any other big event — you know, dim the lights, have an announcer, introduce the teams on the stage and do it on television,” Petitt said. “I mean, we just want to do it big time.”

Sherman said he hopes to see Texas become a large hub for esports and to see teams from the cities he grew up in to compete with teams across the country. He said his experiences with esports and gaming in college was different from the perception of a typical gamer, and that esports is changing the cultural norms around gaming.

“When I was in college, it was my social group.” Sherman said “We played a lot of video games, but it was a really cool part of my college experience. Seeing that be adapted and transformed in a city like Dallas is really exciting.” 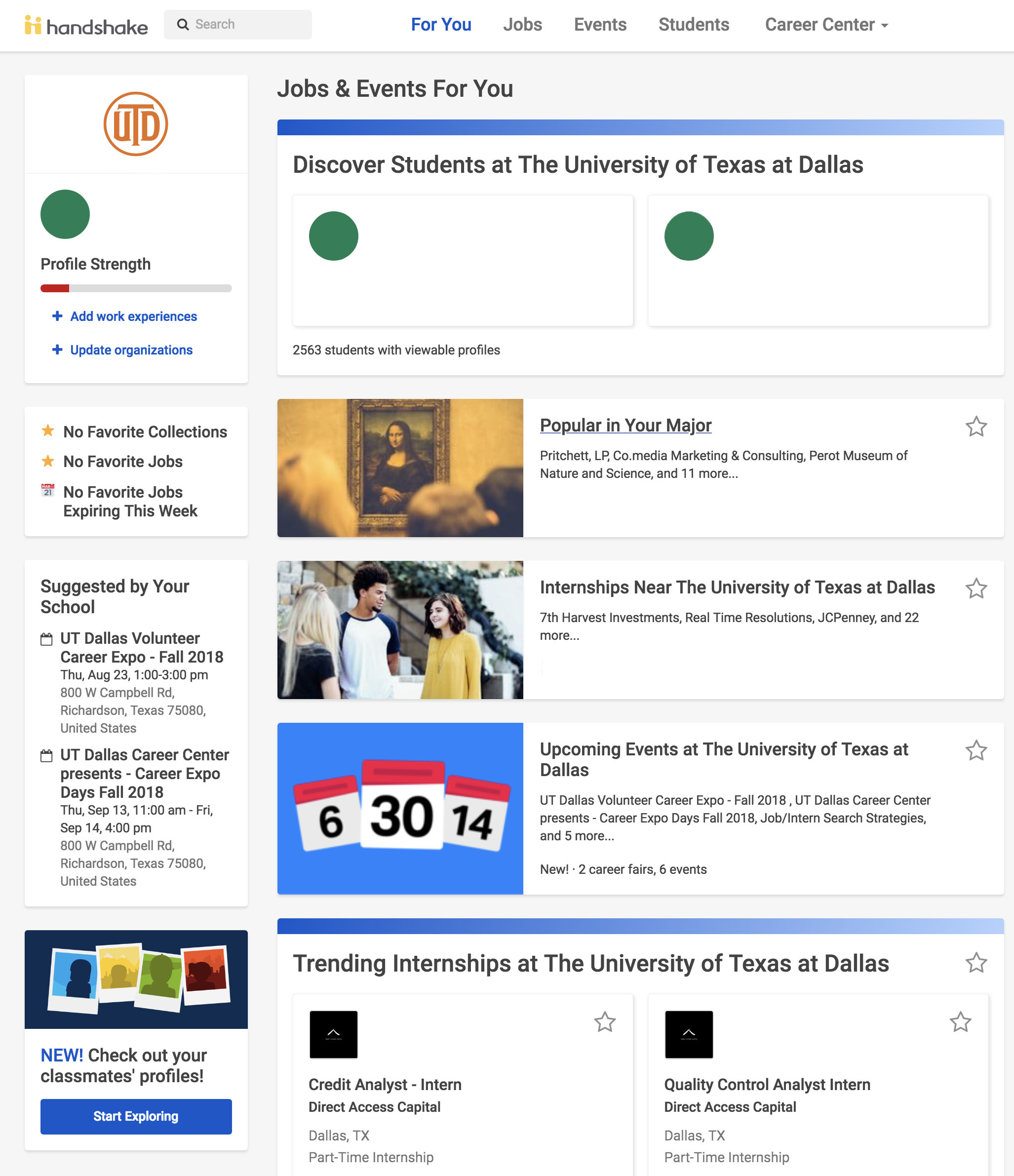 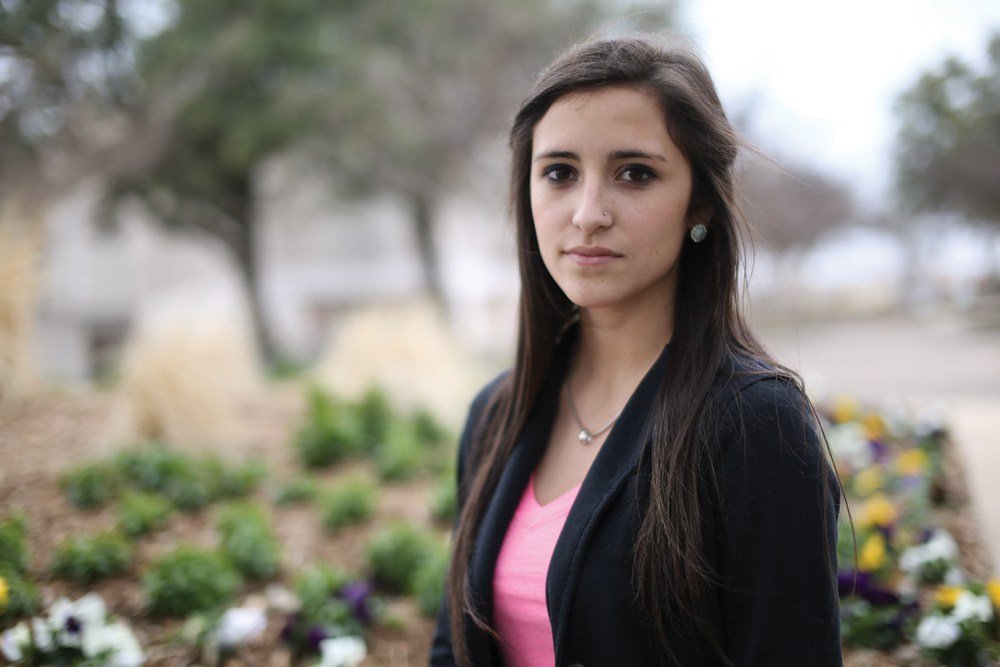