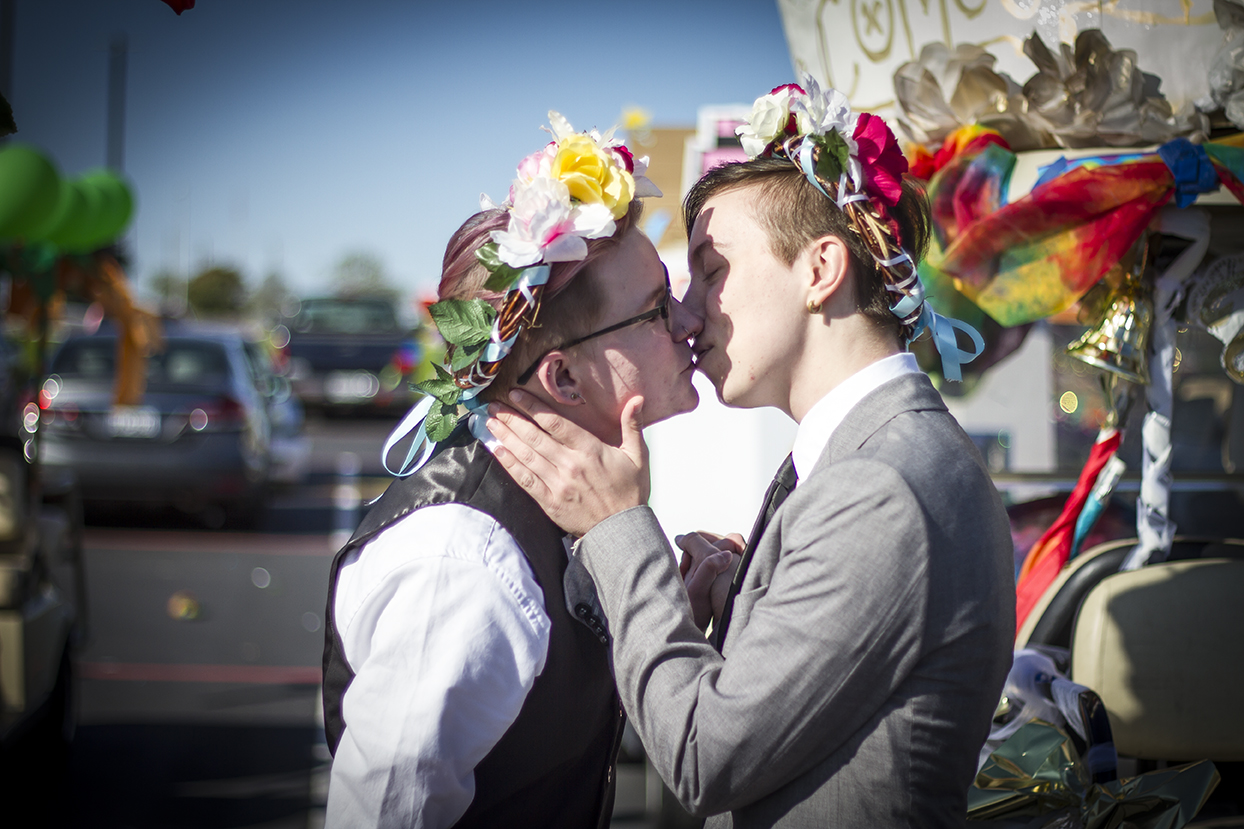 Correction: In a previous version of this story Zack Gentry’s name was misspelled and he was incorrectly identified as a minister ordained by the State of Texas. The Mercury regrets this error.

As multiple student organizations prepared for the annual homecoming parade, one group set out to transform their float into a particularly memorable scene: a wedding venue.

On Nov. 13, Cole Fenwick, a former student, and Cody Kuhn, a sociology sophomore, tied the knot in front of Rainbow Guard’s float in Lot T just before the parade.

Around 10 a.m., Zack Gentry, a literary studies junior who is ordained by the Universal Life Church, wed Fenwick and Kuhn. Only the couples’ close friends attended the ceremony.

Fenwick and Kuhn met a year ago on a popular dating app called OkCupid. They discovered soon after that they both went to UTD and began dating.

After a year of seeing each other, the couple decided to get married. Originally, they planned to go to the courthouse, but Adam Richards, the president of Rainbow Guard, suggested they get married on the homecoming cart.

“It was actually just a happy coincidence. We decided last week that we wanted to get married and we were just going to go to the courthouse and do it,” Kuhn said. “But I am also involved with Rainbow Guard and Adam, our President, said, ‘Our float is gay wedding themed, so you should get married on it.’”

It was a crisp, bright morning when the ecstatic couple stood across from each other. Groomsmen stood off to the side and held a giant paper rose over their heads.

As Gentry performed the ceremony, Fenwick and Kuhn couldn’t help but giggle when their eyes met. The couple kissed after exchanging vows and the guests cheered.

Fenwick and Kuhn said they are excited to be married, but that telling their parents will be difficult.

“I think we’re both going to feel a little push back from our parents,” Kuhn said. “My mom knows and is supportive, but my dad is going to flip. He’s never liked Cole and (he) is going to say we’re too young, making a mistake, don’t know what we’re doing.”

Similarly, Fenwick said that he is anxious to tell his family and doesn’t want to see his mom cry. His brother has also never met his partner, but Fenwick said he anticipates that he will be supportive.

Fenwick still remembers the day that gay marriage was legalized. He recalls crying when he heard the news. While he said this is a major step in the right direction, Fenwick still wants more work to be done in the gay community.

“Same sex marriage is a good starting point, but our work is far from over,” Fenwick said. “Homelessness, job loss, harassment and suicide are still huge problems in the LGBT community and need to be addressed even more now that same sex marriage is legalized.” 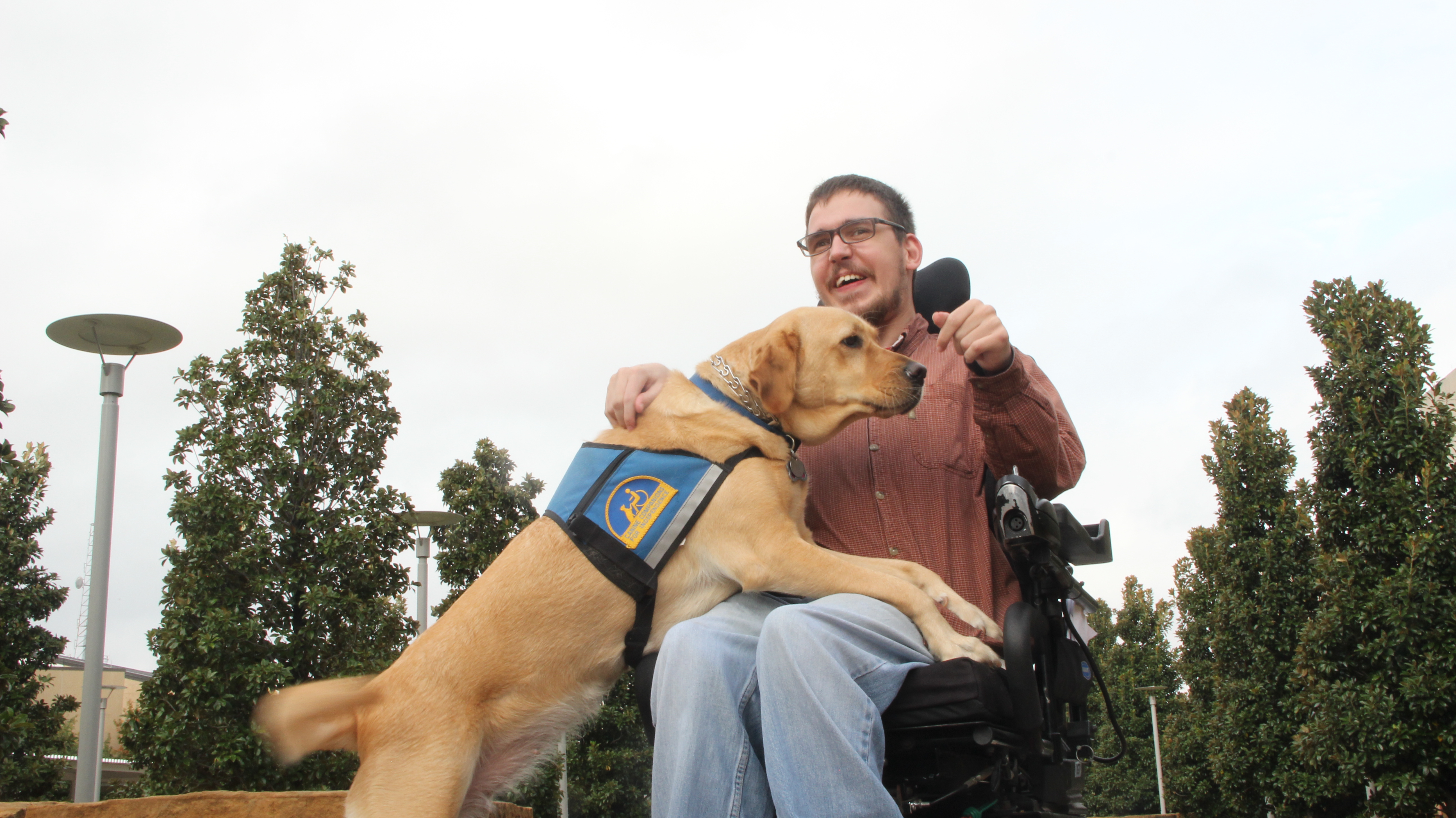 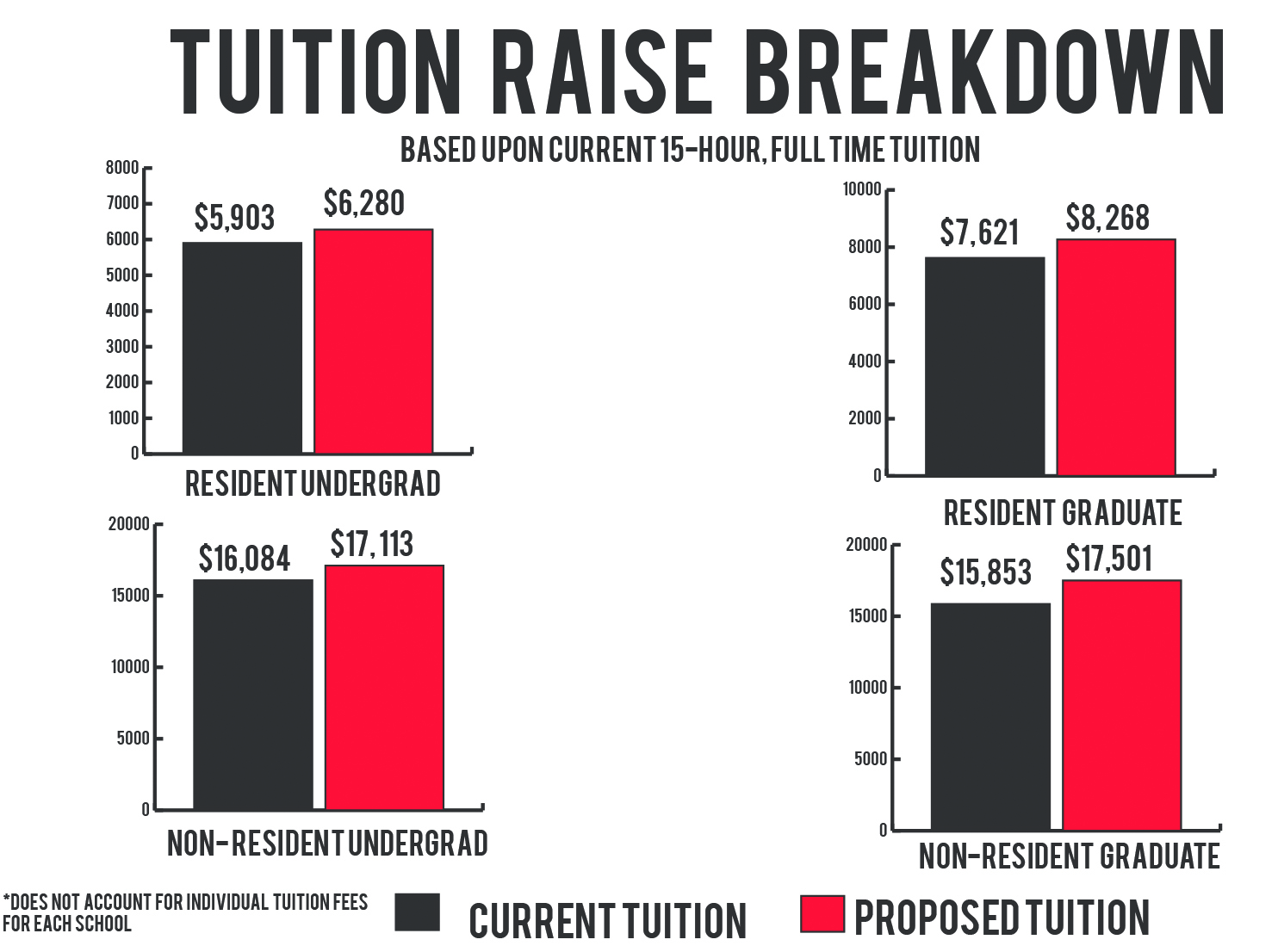